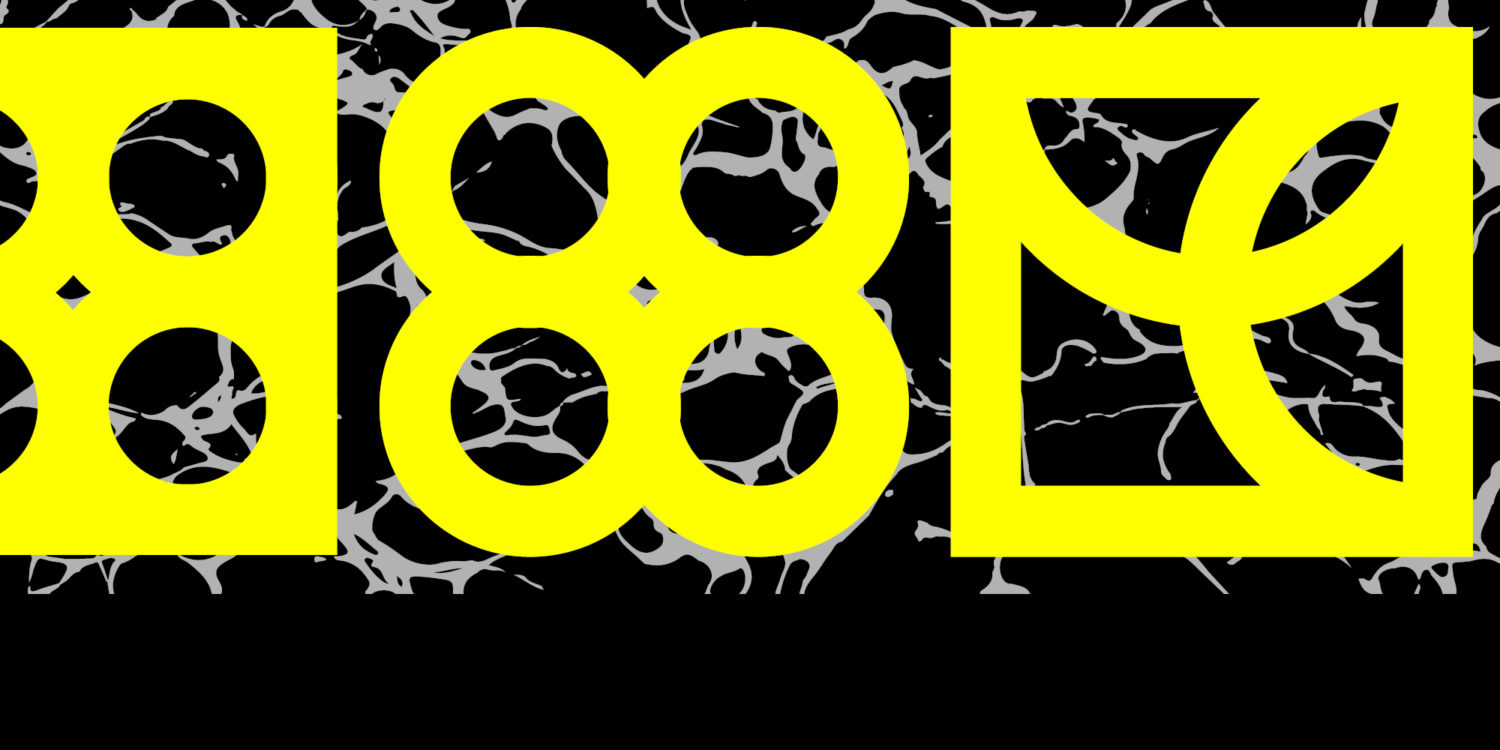 Solidarity and Safety in the Architecture Office: An Interview with UVW-SAW’s Keri Monaghan

Last week members of trade union United Voices of the World — Section Architectural Workers (UVW SAW), walked out of two architectural offices over COVID-19 safety concerns. Charlie Clemoes interviewed UVW SAW elected organiser Keri Monaghan for episode 14 of FA Breezeblocks, about the action, as well as UVW SAW’s other recent work, its first year as a union amidst the COVID-19 pandemic and what the future holds for workplace organisation in the architecture profession.

The text below is a transcript of the interview, some parts of which have been edited to improve clarity.

Charlie Clemoes: First of all, could you explain what UVW SAW does, who it represents, and how it came about?

Keri Monaghan: UVW SAW is a grassroots member-led union. So it’s run by members for members. And it is open to architectural workers in the whole UK. The mission of SAW is to take action to combat the negative impacts of architectural work on workers, also in the community and the environment. Some of those issues may cover things like poor working conditions, overwork and underpay, unstable employment, toxic workplace or university culture, and generally just unethical practice. The membership’s open to everyone who’s involved in the process of running an architectural business or in architectural education. So, that covers not only architects but architectural assistants, model makers and BIM technicians, admin workers, students, visualizers, freelancers, cleaners, people that keep the architectural office ticking over. As a member-led union, what defines us is that we achieve our goals through mutual aid and support. So we share resources, we help one another through collective casework, by hosting training events, and running campaigns.

CC: Presumably, this is based on a rank and file approach to trade unions where it’s more about collaboration, discussing problems collectively. The coming together of people with shared interests and that kind of thing…

KM: Yeah, absolutely. It’s about supporting a creative community, that’s all it is. And that’s what architecture as a profession should be doing to get the best results for the built environment. But too often, we are quite bad at doing that for ourselves, so that’s what this is all about.

CC: So I should say that I spoke to two of your fellow members for the Failed Architecture Podcast episode “Architects Unionise!” which we put out just before SAW was launched. I think it was timed to coordinate with that late in 2019. So it’s been over a year now. Before we talk about the walkout, it would be nice to hear how the first year of activity went? Obviously, I guess it’s somewhat coloured by the pandemic…

KM: Yeah, I mean, the pandemic has obviously brought a year of complete uncertainty. And I think crucial for many people is that they had the support and representation of other people in the profession, because although many employers have behaved reasonably, there’s no doubt that the crisis and this economic downturn have been fertile ground for employers to start mistreating workers, where directors have a fear of lost prospects and lower profits, the temptation rises to start enforcing pay cuts to exploit workers, lay-off staff, and just generally neglect their contractual obligations.

So in our first year, SAW members have shown immense support for one another. And I think we’ve reaped the rewards from that, as you can see in the results. We’ve won £75,000 through employment tribunals and another £25,000 has been obtained by members through settlement agreements, we’ve had something like 60 members that have engaged in 750 hours of solidarity meetings and supporting one another, who have fallen victim to unfair treatment in the workplace. We’ve written to employers directly to challenge them on behalf of our members. Where necessary, we’ve run public campaigns to support members. And generally, we’ve opened the conversation around workplace rights through training, setting up workplace branches and enhancing regional support. 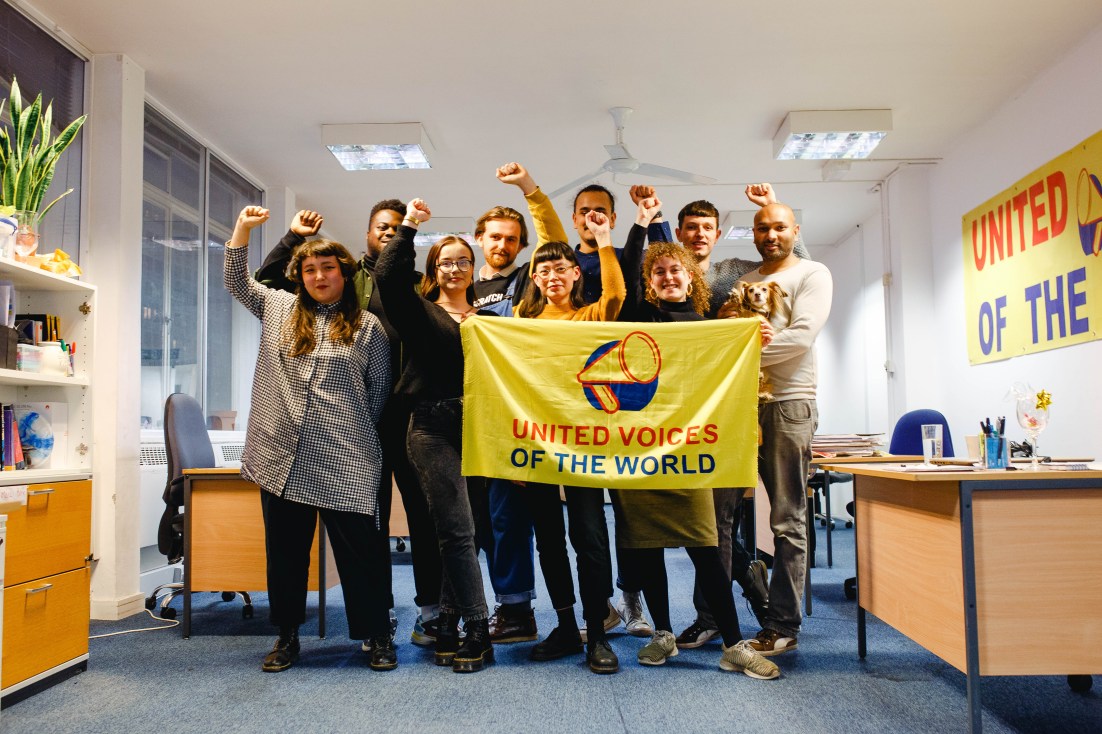 I think in architecture, particularly, like few other professions, that architecture cultivates this idea of individualism. You know, we still think about this, hero figure in architecture, this elusive genius at the top, and that I think reigns supreme in our architectural consciousness. So it can generate a culture where those who do make it to the top frequently believe in this idea of a meritocracy, that everybody can make their own fortunes and that your sex, race, background and circumstances have no bearing on your individual power to make it in the industry. And that couldn’t be further from the truth. I think COVID-19 if we are to look at it positively, is an opportunity to think carefully about that culture and I think it’s revealed the limitations of individualism more clearly than any event in recent history. This year, we’ve all lost social connections, we’ve lost our daily interaction with our friends and colleagues, even our family. Now, I’ve never been more certain of our dependency on our connection with our peers. So, for me, this is really a time where every single human being needs social solidarity, mutual aid and support and work out how we can use this crisis to find power in the collective. So the reality is that this can’t be done in a union alone, especially not if that’s a fringe movement.  It needs to start penetrating practices up and down the country. Real change depends on high participation, and we need to unite rather than being divided, and this depends on the willingness of workers to connect with their co-workers and really believe in an alternative. I think we can all stand together and build a more sustainable future for the industry that doesn’t just tolerate elitism, exploitation and low working standards

CC: This brings up the more specific COVID-19 demands SAW has issued. Could you talk a bit about these demands and how much they’ve measured up to the experience for architectural workers in practice? Have employers been that concerned about upholding staff safety?

KM: Talking about SAW’s demands, they’re really simple and really reasonable demands. The thing we want more than anything is for workers to be treated fairly and lawfully, and we need to see respect from employers for workers’ safety, for their wellbeing, and a willingness to support staff, and help them navigate the challenges that the crisis poses.  We can see from the number of members who have had to reach out for solidarity meetings that there’s been a real surge in people being treated unfairly and being treated unfairly to the point of breaking, where they feel the need to reach out for support, or make a change. So my view is that many people have had really bad experiences in the last year, which are directly related to the behaviour of  their management.

CC: So this recent walkout, as reported in an article on Building Design Online, UVW members at RIBA chartered practice On Architecture recently refused to return to work after they were told to go into the office each day. This, despite the the COVID-19 pandemic and national lockdown in the UK. Since then, On Architecture have conceded that their employees will now be allowed to work from home. Could you explain what SAW’s involvement has been in this action, how it came about and what organising had to happen for it to take place?

KM: This week, we saw a group of workers who came together and stood up for a very basic and reasonable right, and that right was to a safe working environment, which, I think it’s important to mention as well, doesn’t just cover your workplace environment for the commute to and from the workplace. And, as has been reported, they were being forced to continue to travel to the workplace, and told that they may face disciplinary action if they didn’t do that.

So the way this walking out, as you phrase it, came about was with a simple conversation between the workers: that they came together, and there was a shared belief there too, that they needed to take action to challenge these unfair working conditions. And then it was really a question of how they could begin to organise themselves and approach management collectively to protect each of them from any repercussions. And what SAW did, really, was assist them, just through some meetings and support, talking to them, hearing their concerns and providing some legal advice and resources that allowed them to individually exercise their right to a safe working environment. And, so broadly I think the aims of SAW, and our main task, is to empower workers to make these changes for themselves. And that’s what we witnessed this week, we saw it happening, it was inspiring, and it was effective. It’s inspired others to start coming forward from other workplaces, people who feel similarly trapped in their situation and are now at a point where they’re ready to start holding their practice to account and uphold their rights collectively and supportively.

CC: As a final thing, it would be good to get your impression of what the future holds for organising in the architecture profession and what SAW’s specific long term plans are.

Yeah, I mean, we’re really at the start with all of this, I think there’s more to come in terms of issues that workers are facing with COVID-19, and then beyond. And really what the goals of SAW are for the immediate and long term future are to set up more workplace branches, organised factions within workplaces where the workers come together in a group, and really to normalise trade union membership in the profession and establish a more organised workplace branches that can take these preemptive measures, and prevent workplace disputes in the first instance, and they can challenge things like unfair pay cuts, exploitative working hours, they can support one another through redundancy processes, if that type of thing has to happen. But architectural workers really have to equip themselves with the tools to inoculate themselves against this other epidemic: bad bosses. So really, that’s our goal is to set up local branches regional support and start to begin to build networks where people can have these conversations for themselves, and take on matters preemptively

CC: Great I guess all that remains is to ask how people can join and get involved.

You can join through our website. The membership fee is £10 a month. You can follow us on Twitter and Instagram to see what we’re doing. There’s sometimes open meetings, keep an eye out for those branch meetings where you can come and have a chat and see what kind of things are happening in the union even prior to joining. And we’re hopeful that there will be more local and regional meetings taking place that are specific to the concerns of individuals in certain areas of the UK as well in the upcoming year. So always you can get in touch. And also we’re running a series of outreach programmes, where we speak to universities and there are some lecture series and things like that so keep an eye out for those in the press as well.

If you’re outside the UK but are still interested in union organising in the architecture profession we’d also recommend Architecture Lobby, or you can get in touch with us at Failed Architecture and we’d be happy to help look into what organising is happening in your country.

Death to the Calling: A Job in Architecture is Still a Job

NYC’s Reopening Plans Depend on a Holy Trinity of Diners, Designers, and Capital