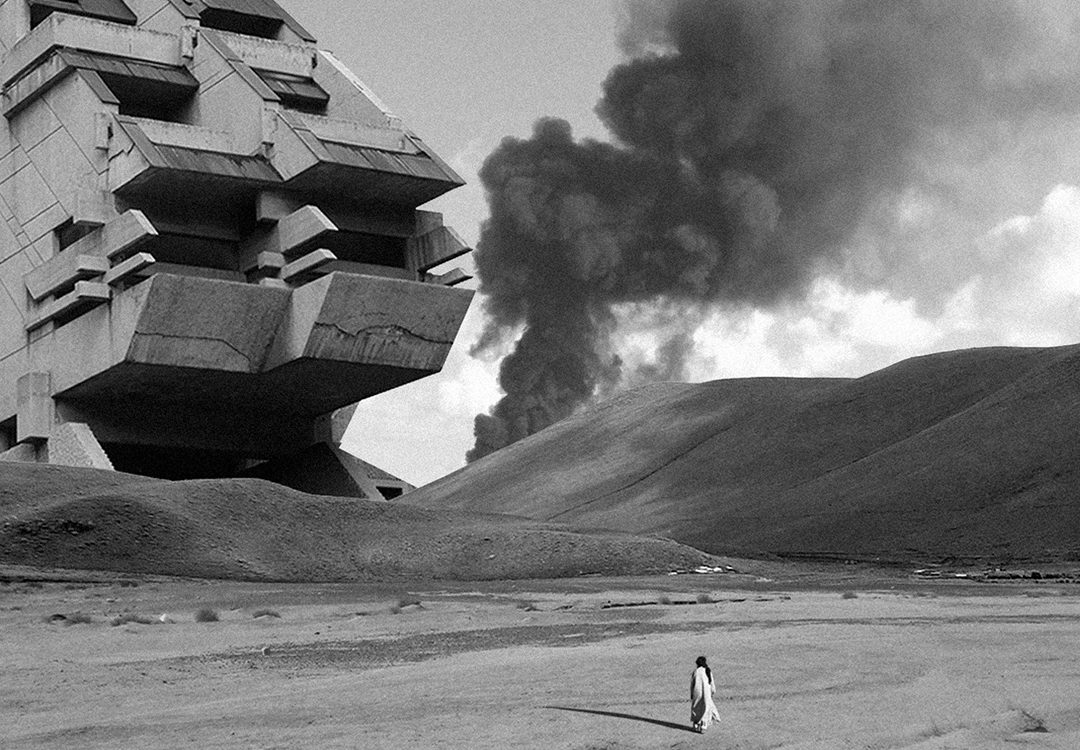 esc
Working on it.
We need your support so that Failed Architecture can do more articles, podcasts and events in 2020. #recognisework
€970 donated monthly of €1,100 goal
donate
share this article

Kandingirra is the Sumerian name for the ancient city of Babylon, which was possibly the first city in the world to reach a population of 200,000 when under the rule of Nebuchadnezzar, situated in the heart of present-day Iraq. Its deserted ruins can still be visited today.

KADINGIRRA is also the name of a photographic series by Pouria Khojastehpay, an Iranian artist with a background in conceptual art and photography. For the series Khojastehpay brings together desolate sceneries and concrete architecture, creating dystopian landscapes.

Similar to Bogdan Bogdanovic’s monuments that were built between 1960 and 1980 in the former Yugoslavia, the built structures look futuristic but could just as well be remains from a distant past. The timeless landscapes seem to add to this archaic character, while the architecture is of the modernist-utopian kind.

Some of the inserted structures are well-known, such as the Ryugyong Hotel in Pyongyang, North-Korea, or the interwar concrete listening ears, or acoustic mirrors, that the British developed to locate approaching military aircraft by sound, technology soon made obsolete by radar. Placing them in enduring landscapes highlights the magnificence and absurdity of the architecture that people construct. It brings up questions about human ambitions expressed in concrete, their mortality and their impact on the natural landscape.

Khojastehpay adds another element to his creations: mysterious robed men, wandering about the constructed environment. Are they the lone survivors of a recent apocalyptic scene? Or are they just entering a habitat that was destroyed and abandoned long time ago? Perhaps even, the setting is not a post-destruction one and the men are simply the first inhabitants of a new type of environment. Nonetheless, they evoke images of contemporary war zones and conflict areas.

The photos are composed in such a way that they invite the viewer to immerse themselves in the Mad Maxian landscape while at the same time not revealing what kind of scenes we enter, leaving space for ambiguity, to let the viewer’s imagination run free. 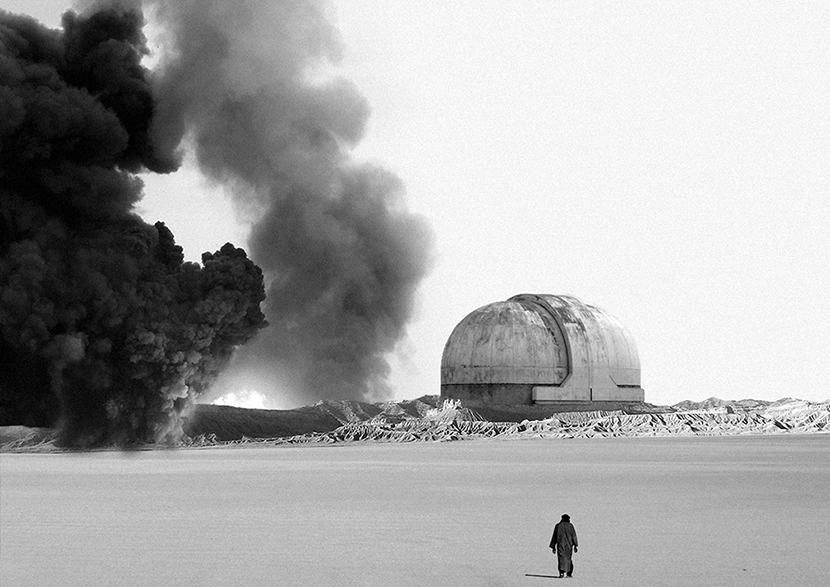 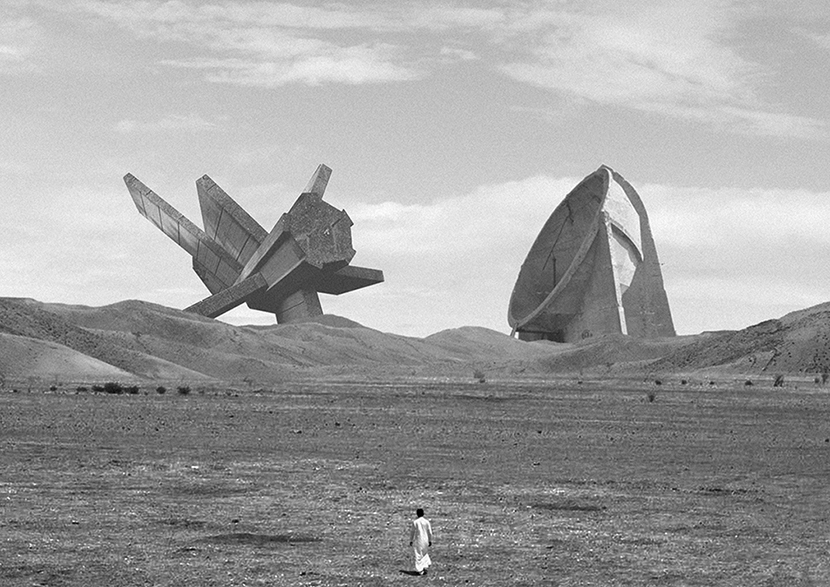 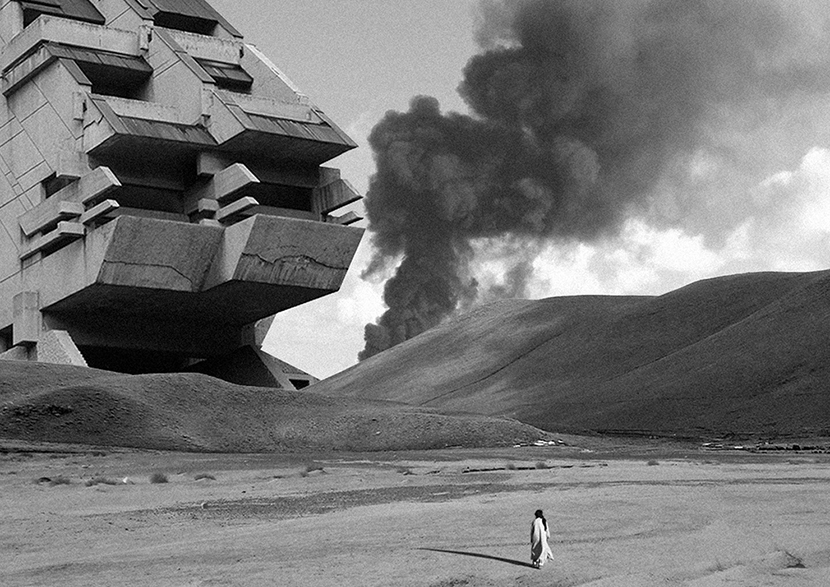