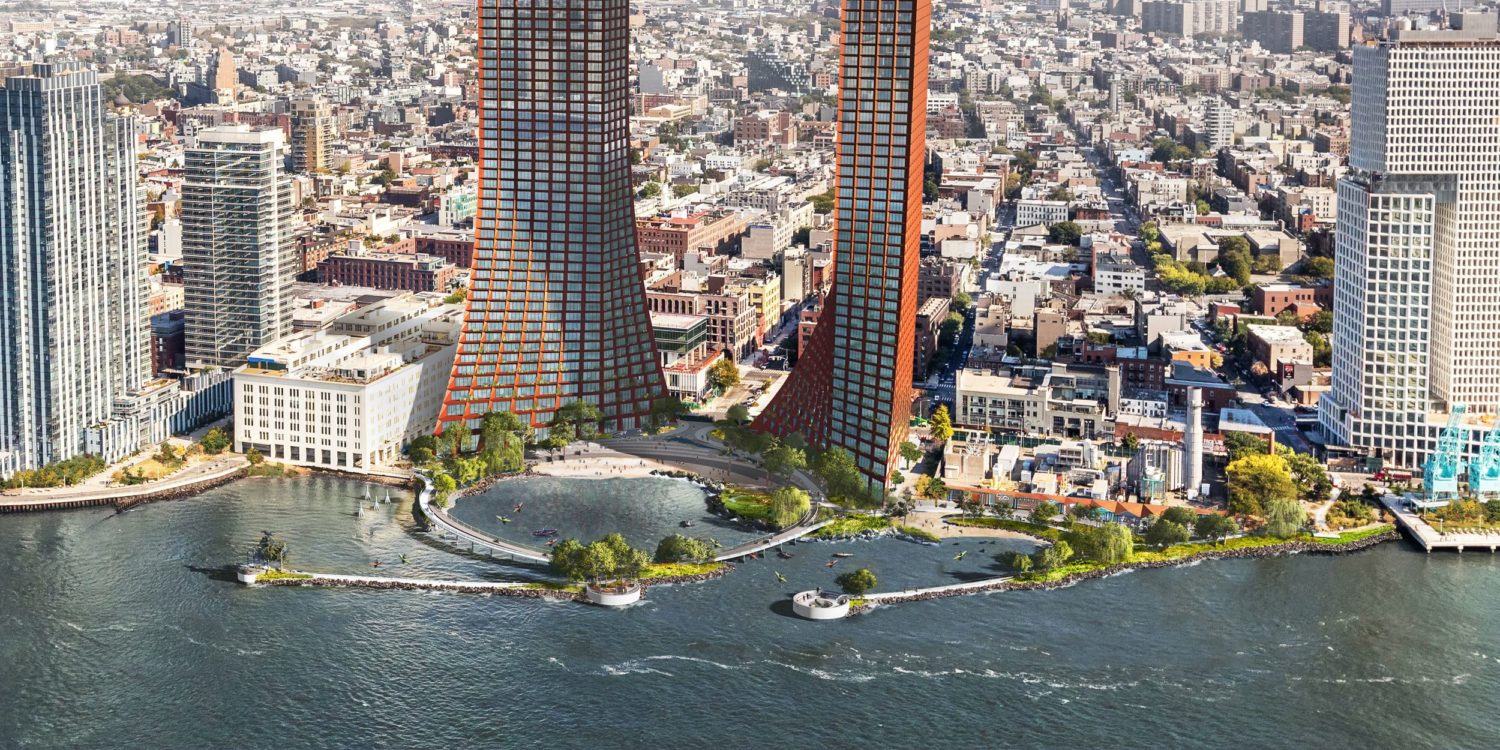 The Danish designer’s meeting with Jair Bolsonaro, the far-right leader of Brazil, confirms what we already knew: starchitects are not our friends in the fight against climate change.

esc
Make failed a success.
We need your support so that Failed Architecture can do more articles, podcasts and events.
€965 donated monthly of €1,100 goal
donate
share this article

Even if you’re not an architect, at some point you’ve probably seen his face on Netflix or caught a glimpse of one of his skyscrapers, perhaps in the opening shot of the trailer for a new Marvel movie. Over the last 15 years, Bjarke Ingels has achieved something incredibly rare for contemporary architects, especially those under 50: he has gained cultural momentum outside the discipline, even more so than two previous mega-starchitects, Zaha Hadid and Frank Gehry. His ubiquity within the field is rivalled perhaps only by his former boss Rem Koolhaas, and ever since his firm BIG (Bjarke Ingels Group) moved from Copenhagen to NYC in 2011 they have been a part of some of the largest and most well funded urban interventions around the globe. He has explained that his success comes from a unique ability to weave the practical with the fantastical, a description consistent with the feeling of moderated utopianism that many of BIG’s projects embody.

Although they strongly deny having any homogenous style, there is a consistent thread that runs through nearly all of the firm’s built work. In a 2011 TED talk titled ‘Hedonistic Sustainability,’ Ingels proposes that, “Architects have to become more than just designers of two-dimensional facades or three-dimensional architectural objects, they have to become the designers of ecosystems: systems of both ecology and economy that channel not only the flow of people through our cities and buildings, but also resources like heat, energy, waste and water.” Ingels differentiates himself from other ‘green’ architects by bemoaning the idea that sustainability has to be a painful moral obligation or a question of accepting an increasingly lower standard of living. Instead, being sustainable should be thought of as a design challenge aimed at actually improving our environment and living conditions. Many BIG projects feature this radical architectural vision while maintaining an emphasis on economic viability. In an interview from 2018, Ingels described a vision of sustainable buildings and cities that could be, “ecologically but also economically profitable, and where the outcome doesn’t actually force people to alter their lifestyle to have a better conscience. They can live exactly the way they want, or even better because the world and the city are designed in such a way that they can actually do so.”

This provides a pretty accurate description of the ethos behind BIG’s recent projects. They embody a utopian spirit that says we can preserve our level of comfort and address the crisis of climate change at the same time through the power of innovative design. This optimism is then synthesized with a business-friendly pragmatism that can attract high-end real estate developers as well as wealthy governments looking for investment. It’s a winning combination that has yielded some of the most eye-catching large-scale projects in recent memory, from a recently announced mega-skyscraper in Brooklyn featuring re-naturalized marshes and tidal ponds on its waterfront (also shown in the header image) to the new Google headquarters designed with fellow design superstar Thomas Heatherwick. BIG’s projects feature energy-efficient heating and cooling systems, sleek strategies for catching sunlight and bountiful gardens exploding from the roofs and plazas. The firm’s most ambitious green project combines a municipal waste-burning energy plant with a ski slope and recreation centre. These projects represent some of the most ambitiously sustainable projects being built by high profile architects today, but in the era of global climate breakdown is this approach really enough?

The New Ford Puma Hybrid, What Car? Car of the Year 2020. #FordPuma pic.twitter.com/ppJkJVv85u

The CopenHill waste-burning ski slope, featured in a recent car commercial for Ford, encapsulates in many ways the dynamic of well funded sustainable-minded architecture. While a plant that incinerates waste to produce electricity is certainly a better option to the alternative methods of disposal, it is only a temporary solution that allows one to sidestep the larger and more difficult issue of industrial waste generation that is rapidly degrading the biosphere. Attaching an expensive sports facility on top adds a secondary layer of distance from the serious scale of response required to address the climate crisis. The sustainable elements of these projects are an improvement, but the value is overwritten by their unwillingness to confront the deeper ecological issues of the architecture industry. The truth is that behind the facade of high-minded architectural theories of utopia or pragmatism or even sustainability, a more powerful cultural force is at work, the same force that prompted the emphasis on sustainability in the first place.

In recent years, the market for high-end urban residential buildings has soared, elevating the rate of development for luxury apartments to a thirty-year high. Huge skyscrapers sprouting out of urban centres around the world have devastating impacts on smaller local economies, attesting to the unquestionable might of billionaire real estate developers. At the same time, the accelerating impacts of climate change have finally forced many architects and designers to confront the fact that piecemeal sustainable solutions like green roofs and solar panels do not constitute a serious response. While they may seem only tangentially related, the immense injection of capital into luxury architectural projects and the crisis of climate change are in fact mutually stimulating dynamics. Wealthy real estate developers who might otherwise be coerced into adopting more stringent waste reduction techniques or buying more ecologically resilient building materials are offered a more appealing option by firms like BIG who provide an appearance of greenness that does not conflict with the corporate ethos.

This wouldn’t be such a problem if it weren’t for the fact that the architecture industry is deeply implicated in exacerbating carbon emissions, as well as ecological degradation that results from the mass extraction of concrete and steel. The community-destroying effect of gentrification and skyrocketing wealth inequality in urban areas has also been fueled by the march of new mega-scaled urban developments that architects have been more than happy to design and glorify in their media. At a time when we most desperately need an architecture movement oriented towards a more resilient future, the discipline’s biggest stars seem to be working for the wrong side. The phrase greenwashing is nebulously defined, but it always seems to point to the fundamental impossibility of making something inherently bad for the environment appear ‘green’ and responsible. The material formation of the architectural process has to be reckoned with, and so far firms like BIG have not been leading the way.

This assertion was in some way proven last week when it was reported that Ingels had met with far-right Brazillian president Jair Bolsonaro to discuss tourism and development opportunities in Brazil. The reports of this meeting clearly shocked the architecture community more than Ingels expected. What could be the problem with a designer who appears to many as a leader in sustainable architecture meeting with one of the most globally powerful climate deniers in the world? Bolsonaro has been accurately described as an arsonist for his role in aiding the destruction and blind monetization of the Amazon rainforest, as well as his open hatred and calls to violence against the indigenous communities who live there. His fascist leanings and open disdain for the activists who protest his agenda of deforestation have made him a universal enemy of the climate movement, who are rightly pissed off that an architect claiming to represent a green agenda would collaborate with him. 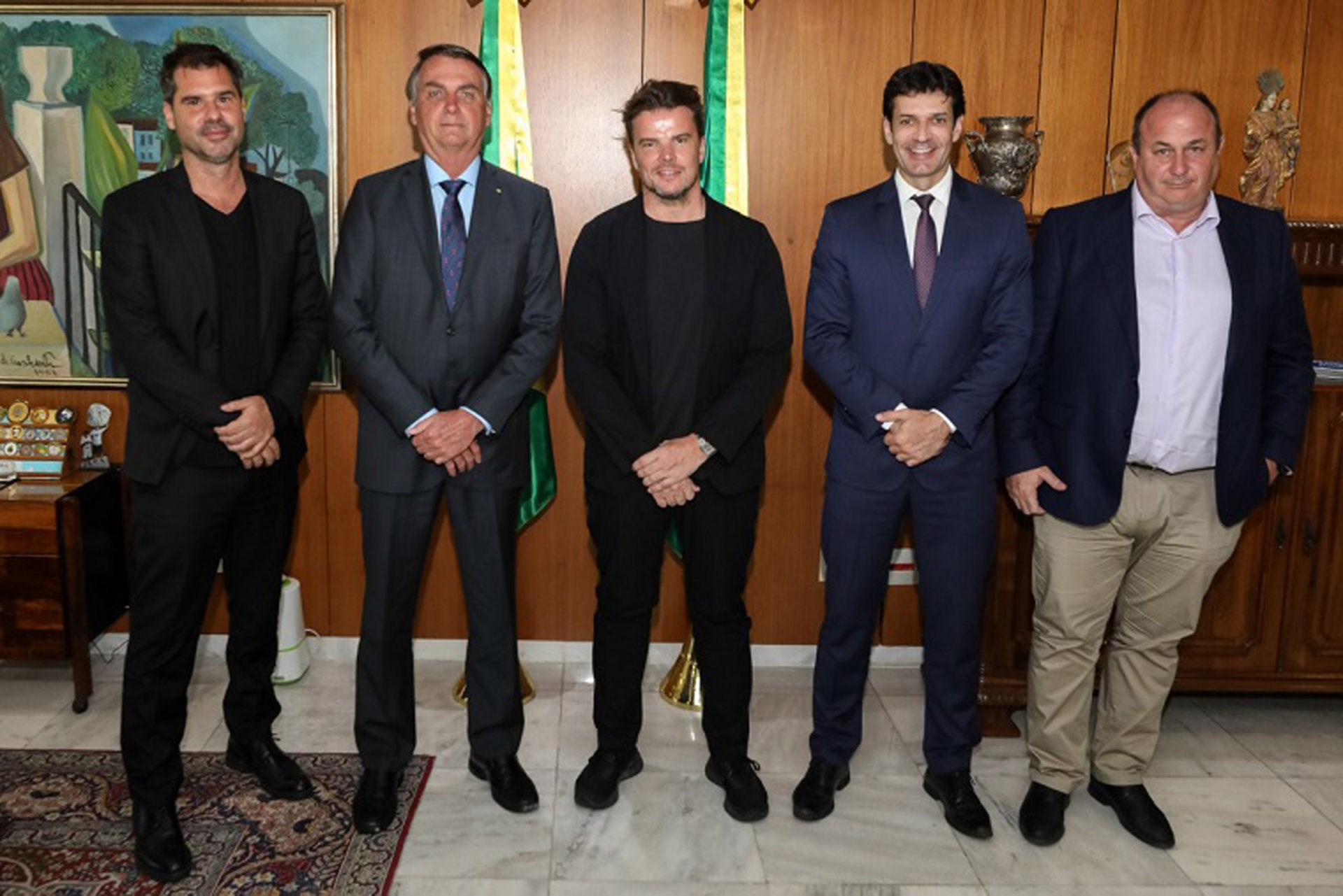 In response to the pushback, Ingels has maintained that we shouldn’t create a rigid binary between clients who are good or bad, and we should try our best to offer sustainable alternatives even to those we might disagree with if it means they might listen. This excuse will comfort few Brazillians who accurately know ‘sustainable tourism’ initiatives to be a convenient excuse to prioritize concerns for the wealthiest at the expense of the poor, a truth that is twice as relevant under Bolsonaro. It also sends a clear message to governments and corporations around the globe that no matter how blatantly anti-ecological your reputation may be, there are still well regarded international design firms willing to aid in your greenwashing campaign.

Billy Fleming, director of the University of Pennsylvania’s Ian McHarg Center for Urbanism and Ecology, has long been leading the fight for a more fundamental reconsideration of sustainability in the design field, particularly with the emergence of the Green New Deal in 2018.  “I once hoped that Bjarke would do what those starchitects who came before him failed to do,” Fleming says, “ which is to use his nearly unrivalled platform to make the labour conditions of his employees more humane, to offer an alternative to the carbon and capital-intensive practice of mainstream architecture, and to take some real, professional risks. But I suppose Bolsonaro pays too well.”

Ingels is far from the first starchitect to reveal his insularity by walking into controversy; Rem Koolhas was famously courted by Bashar al-Assad to design museums in Syria, and Zaha Hadid guffawed at the notion that she should bear some responsibility in the deaths of construction workers building her world cup stadium in Qatar. The defense of these infractions is always to say that if these designers did not take these projects, someone else would. However, the hidden choice that somehow never gets discussed always remains: to simply refuse money of brutal regimes and destructive corporations that ask for your services.

What has become clear is that if architects really want to shift their industry into a more ecologically focused direction, firms like BIG should not be their role models. In the era of climate change it might finally be time for starchitects to step aside, and let the discipline focus instead on re-orienting the power dynamic of their incredibly impactful industry. This means moving away from glorifying projects which are funded by billionaire developers, whether those projects claim to be sustainable or not. Instead, we should celebrate those who use design as a tool to empower people at a local level to change their environments and become self-sufficient. The starchitect class has been fatally captured by the interests of high powered finance and industry that got humanity embroiled in the crisis of climate change in the first place. They are, therefore, our opponents in the struggle for a more just and resilient future.

Alexander Hadley
Alexander Hadley is a writer and architect based in Barcelona, Spain. Since graduating from Temple University in 2017, he has worked for architecture and landscape architecture firms and is currently studying ecological buildings and agro-forestry at Valldaura Labs. His writing revolves around issues of sustainability in architecture and the market forces that undergird them.
comments
Nicolas
A vey well crafted piece dear Alexander, solidly built and consistently offensive You could relate it to Trevor Boddy's critics of #developocracy
Mishima
Interesting, The most common sense would also be to ask ourself: do we allow creation of buildings that require complex cooling/heating systems to solve the efficiency they have created themselves, or do we create buildings that do not require that. In other words: glass is a nice material, but when its overuse call the need for AC to cool the overheating it created: is it still affordable today?
Paul
To celebrate those who actually do something useful, we have to reconsider our "stars". There should be much more press about the Global Award for Sustainable Architecture, for example. Some of the laureates are real heroes in our profession.

“Degrowth is about redistribution by design, not by collapse”