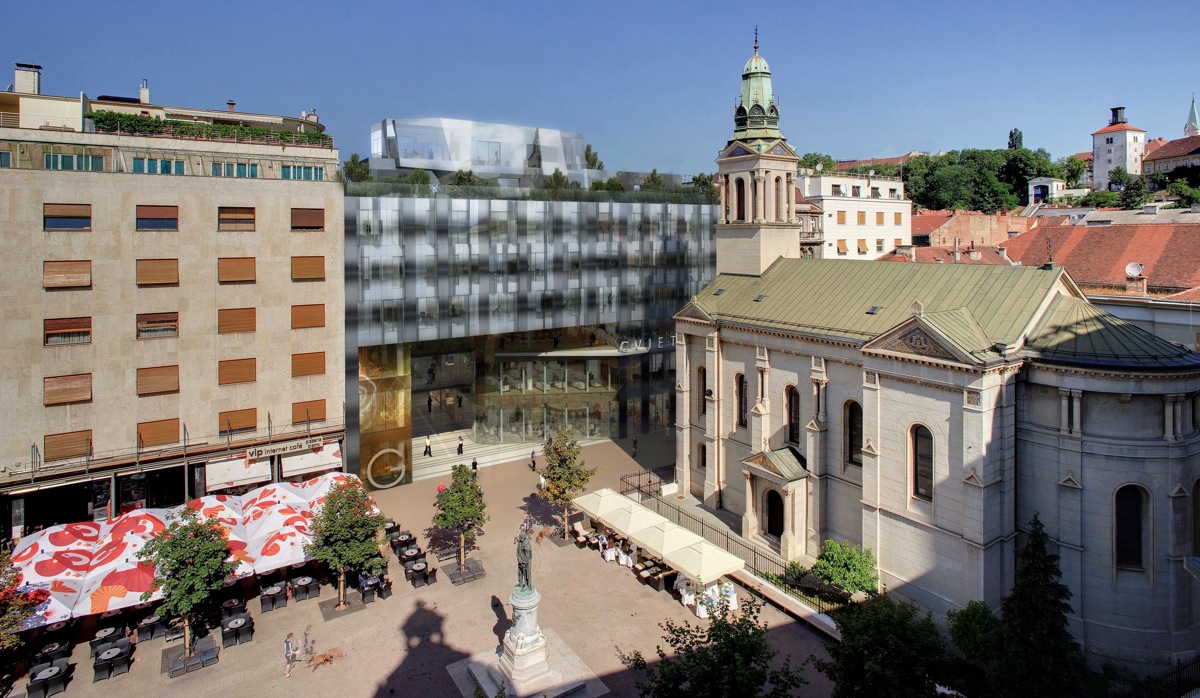 From a vivid and charming square to a modern lifestyle center, Flower Square became a symbol of Zagreb's non-democratic, harmful urban transformations.

Disembarking from the tram at Jelačić square station you will find yourself at Zagreb’s centre, the historical boundary of the Upper and Lower town. Follow the crowds of people, on their way to work, or to the many coffee shops and restaurants, pass by the violinists and street performers in front of the Hotel Dubrovnik, and you will invariably be brought to Cvjetni (Flower) Square. It is often held up as Zagreb’s most important square, valued for its history and as a space to socialise.

Such value is most clearly represented in a century-old flower market, which has recently been radically transformed by contemporary real estate investments. The transformation of Flower Square between 2006 and 2011 can be seen as a process of gentrification similar to that which has occurred in other post-socialist cities. But while the spatial investment patterns are indeed comparable, Zagreb distinguishes itself on a crucial point: large parts of the population disapprove of these kinds of urban development.

The plan for the transformation of Flower Square.

The principal bone of contention lies in Flower Square’s significance as Zagreb’s historical core but also, predictably, in the processes of neoliberal urban restructuring taking place throughout the city. The increasing internationalisation of the economy, especially in cities, introduced these urban processes in Croatia in the transitional period and privatization gradually became a major incentive of post-socialist urban change.

In Zagreb this resulted in the construction of new shopping centres in the 1990s and in recent times, neoliberalism has shaped the city in a variety of ways. This in turn led to a characteristically late-capitalist planning system, driven by the profit-making agenda of investors, always after new opportunities to “improve” the city. Flower Square serves as a useful case study for understanding these processes.

Once upon a time in Zagreb
Flower square, as it is known today, was constructed at the turn of the 20th century. It was also at this time that the square’s most prominent buildings were erected – the First Croatian Savings Bank, the Farkaš building, Antun Ulrich’s modernist building and the oldest building in the square, the Zagreb Orthodox Church. In the 1930s, the layout of the square was redesigned as a grocery market, with offices, stores at the ground level and taxi stops. Soon, the new functions transformed Flower Square into a popular, lively place with a specific genius lociwhich remained strong up until the current transformations.

Before the spatial interventions of the 21st century, the 1995 transformation had already drastically changed Flower Square. By cutting down the trees and lowering the central part of the square with atypical building material, the charm and integrity of the square was considerably reduced. At the time, citizens protested against the transformation, but a petition, featuring 8,000 signatures, was ignored by those responsible for the square’s development. 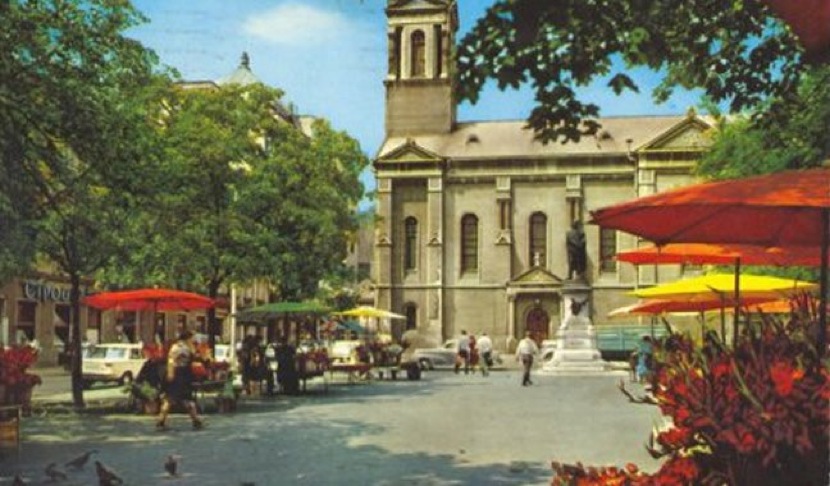 When capital kicks in
The new plan for the Cvjetni Centre on Flower Square, presented to the public in 2006, branded the development as a ‘lifestyle destination’ in the heart of the city. The plan for a fifth shopping centre in central Zagreb consisted of a retail area, an underground garage and luxury apartments. The media emphasized the positive aspect of modernising Zagreb’s derelict Lower city residential blocks and made favourable comparisons to similar experiences of regeneration in other European cities.

The actual plans of the project, however, required the conversion of a popular cinema and the demolition of two cultural monuments. Moreover, the most controversial part of the construction involved the removal of a pedestrian zone in nearby Varšavska Street to make way for the construction of a garage. With its identity threatened, Zagreb’s formerly vibrant square was gradually re-activated as the site of mass civil protest against the project.

Flower Square before and after the transformation.

Cleaning out the rat-holes
The square’s ‘lifestyle centre’ transformation embittered many but it was the changes in Zagreb’s most crucial planning document that really intensified the criticism and protest. Completely lacking in transparency, the document sought to evade democratic planning mechanisms and mislead the public. Flower Square was seen as just another case of severe urban degradation in transitional Zagreb and no surveys were conducted to analyse public (dis)approval of the urban transformations.

The city mayor, along with several representatives of city planning departments, was a key player in the approval of this pattern of wild, transitional development led by private investments. He also repeatedly attacked the main representatives of concerned NGOs in the media, accusing them of ‘preventing development’.

In this context, further anger was caused by the investors’ statements about the neglected and dirty parts of the Lower city, calling them ‘rat-holes’, and stressing the need for their revitalization. From then on, the people of Zagreb protested against the ‘de-ratisation’, better described as urban regeneration through commercialisation of the historic core. Meanwhile, the entrepreneurial-political elite approved the project without consulting citizens or the NGOs.

A protest in 2008: citizens holding the sign ‘ODUSTANITE’ (Give up).

The right to the city
Soon, various NGOs began to prepare a counterattack, gathering together like-minded citizens. The initiative was guided by the organisation Green Action and a newly formed group of organized citizens with a telling name – Right to the City. Several citizen protests and appeals, interventions of the academic community and the persistence of meetings organized by the investor which were closed to the public led to a mass petition against the project. Over 54.000 signatures were collected to stop the intervention and preserve the historical core of the Lower city.

In January 2008, Varšavska Street became the centre of the protest as 4.000 people gathered there to prevent the enactment of the Cvjetni Centre plan. In spite of this opposition, the plan was accepted and the project was given the green light. Even so, the pressure from the NGOs and the public at large mounted and three months later it seemed to have led to a major U-turn, as the investor announced their withdrawal from the project. However, despite appearances it soon became clear that the investor would stay and construction began a few months afterwards. The project was finished in 2011, with a series of irregularities and manipulations with regard to the original agreements. That same year that the final protest concluded. 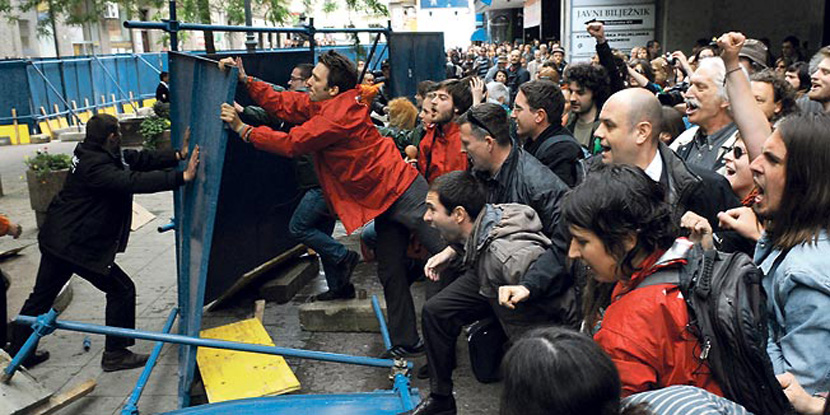 A protest in 2010: People confronted the police over the fences set up for the removalof public space of Varšavska street.

Taking back the city
The Cvjetni project remains a sore issue for the people of Zagreb. More than 54.000 signatures confirmed the indisputable historical and cultural significance of Flower Square. Although the square is still very popular and remains a meeting point for many citizens, it is subject to a process of radical change. The most visible example is the growing number of café terraces across the square, caused by the commercialisation of the area, which have caused the displacement of more public activities.

It is feared by many that redevelopment of Flower Square and the construction of the Cvjetni Center is seen by developers as a stepping stone for future, similar urban planning ventures, ventures in which NGOs and citizens have no significant role. It is also feared that non-participatory urban discourses promoted by dominant investors as ‘visions of development’ will overpower the public sphere and create a sequence of urban defeats. Because of that, the legacy of the Flower square transformation must be the basis for the establishment of participatory urban planning norms. This alone will realise the desires of Zagreb’s citizens who bravely sought to prevent urban failure and reclaim their right to the city. 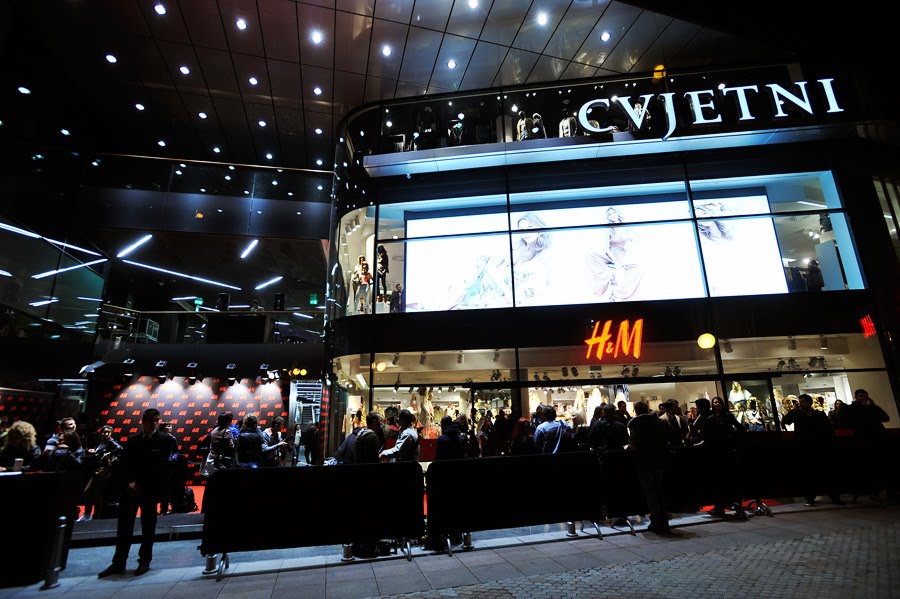 The Cvjetni Center as it looks today.

Slaven Klicek
Slaven Kliček earned his master's degree in Spatial planning and Regional Development at the Department of Geography in Zagreb and is currently working as an EU project assistant at the University of Zagreb.