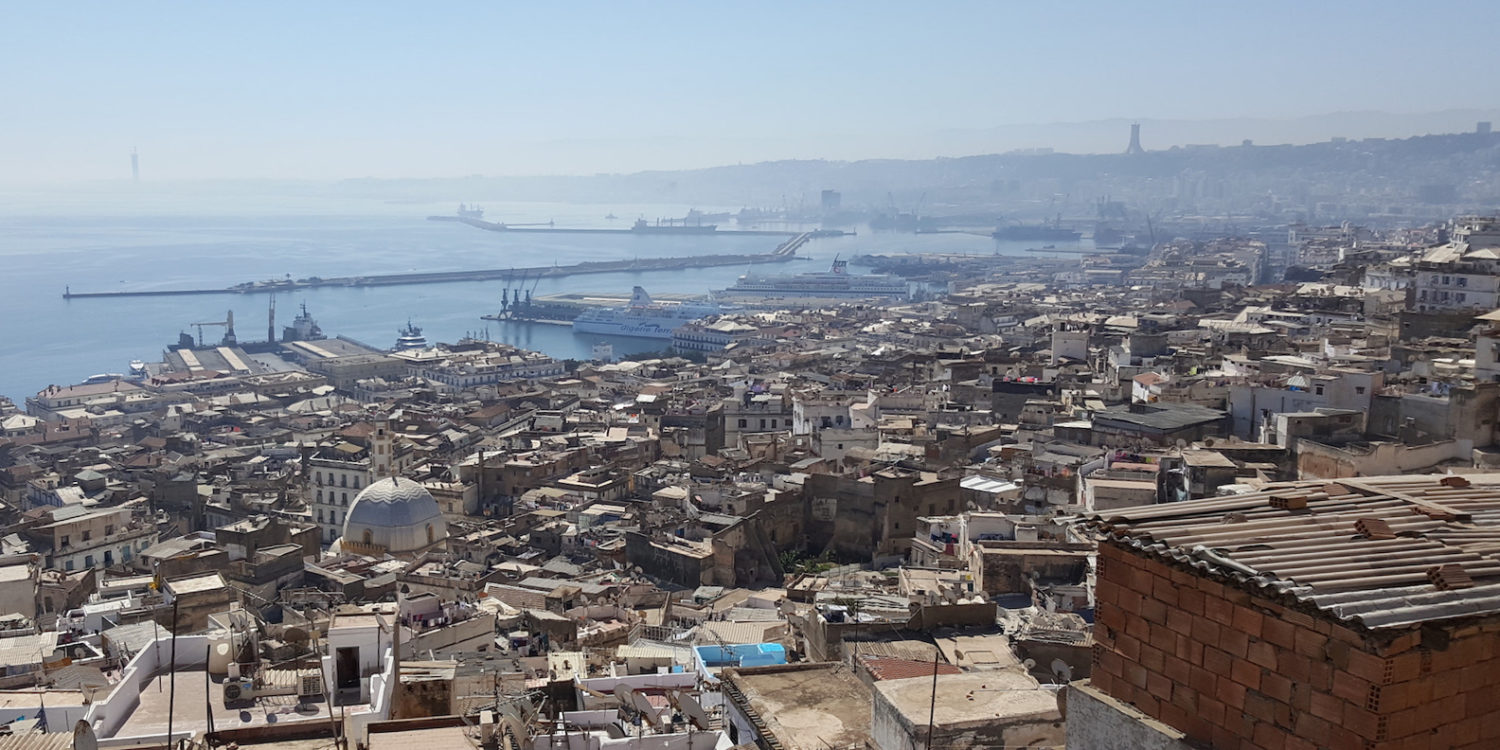 This open letter calls on the French starchitect to renounce his recent commission to transform the historical center of Algiers, famous for being the key site of the anti-colonial struggle.

Just after publishing episode #08 of the Failed Architecture podcast, which discusses the responsibility of the architect in the broadest sense of the term, we learned that the well-known French architect Jean Nouvel has signed an agreement to work on the ‘revitalisation’ of the Casbah of Algiers.

Our friends at the Paris-based magazine The Funambulist immediately noted on social media that the French have a long and problematic history of attacking and intervening this historical and densely inhabited neighborhood, and that a so-called ‘revitalisation’ of the Casbah will probably result in the large-scale eviction of the area’s inhabitants, which would amount to yet another episode of French destruction. In response, The Funambulist wrote an open letter to ask Jean Nouvel to renounce his commission, and leave it to the Algerians and in particular to the inhabitants of the Casbah to strategise around the future development of the centrally located, historical districts of Algiers.

Here’s the full letter in English. The original letter in French can be find on the Funambulist website and in several French newspapers. Please do share.

On March 6, 1999, almost twenty years ago, you wrote a text called “Boulogne assassinates Billancourt” in the columns of Le Monde; a courageous text written resolutely against the scheduled (and sadly achieved) destruction of the historic workers’ heritage represented by the Renault factory of the Ile Seguin in the suburbs of Paris.

We start this open letter by mentioning this text, because it is to the person who wrote it that we wish to address ourselves. This Monday, December 17th, we were many to be shocked, learning that a tripartite agreement was signed between the Wilaya (municipality) of Algiers, the region of Île-de-France and your architecture office, in order to supposedly “revitalise” Algiers’ Casbah — etymologically, “revitalize” means to give back life , which leads us to ask ourselves if the life, however vibrant, which characterizes today the winding streets of this district is not worthy of being considered as such.

Algiers’ Casbah, before belonging to humanity — which is supposed to possess world heritage — belongs first of all to its inhabitants, whether they possess a property deed or not. It then belongs to the Algerians whose revolutionary struggle against French colonialism has regularly taken roots in the capital and in particular its Casbah. It finally belongs to the anti-colonial activists from Africa, the Global South, but also from the North, for whom the Casbah’s urban fabric and architecture embody a powerful symbol of the struggles of those who can only use their passion and their environment against the asymmetrical forces opposed by the colonial armies and police.

The French have already partially destroyed the Casbah three times in the past. First, following the invasion of the Regency of Algiers in 1830, the colonial officers had already fully understood the potential danger of its insurrectional urbanism and ordered the destruction of the entire lower part of the city, thus depriving the Casbah of its access to the sea. Later, the colonial authorities built Haussmann buildings there, taking up the counter-insurgency town planning tactics already applied in Paris and Marseille. Again, at the end of the 1930s, when the colonial authorities went “at war with the slums” and destroyed the Marine neighborhood. Finally, between 1956 and 1957, it is still within the Casbah that the famous “Battle of Algiers” found its paroxysm. On the night of August 10, 1956, French terrorists placed a bomb in Rue de Thèbes that destroyed several buildings and killed 80 inhabitants. On October 8, 1957, this time, it was French paratroopers, having stifled this area of the city for a year, who dynamited the house where the last FLN militants in Algiers (Hassiba Ben Bouali, Mahmoud Bouhamidi, Ali Ammar aka Ali la Pointe, and Petit Omar) had taken shelter. As you may have seen during your short visit, this house has been left unchanged for the last six decades to make it a memorial, a memorial without an architect.

We believe that any change in the Casbah that would not come directly from its  inhabitants and community would need, at least, to demonstrate an acute knowledge and respect of its past and its present, well beyond the instructions that the Wilaya of Algiers itself seem to have can provide or understand. Projects that are not committed first and foremost to serve its inhabitants as well as the historical, political and cultural legacy of this “city in the city,” and would rather favor their tourist or financial ambitions are not worthy of this place of life and history. The announcement of cultural projects in particular, while many homes experience leaks and  problems of water evacuation, which is nowadays one of the major problems of the neighborhood, seems to be, particularly problematic and yet again, disconnected from the everyday concerns of the residents. Similarly, the release of a staggering budget to finance this study can only contrast with the blatant lack of resources that the associative community of the Casbah has to confront daily to carry out its initiatives.

Today, we came to  learn that you collaborate with Valérie Pécresse, President of the Region of Île-de-France. In this sense, do we need to remind you that the decisions of the latter weigh every day a little more on the lives of the most precarious Paris inhabitants who, for many, are people who (directly or through their family history) suffered from French colonialism, especially the one at work during 132 years in Algeria? The same one who, in addition to her unequal policies, did not hesitate to join an Islamophobic crowd who pushed around Muslim devots in Clichy when they were praying in the street so as to protest against the transformation of their library prayer room by the municipality (in November 2017). The same person who also did not hesitate to declare that she would be in favor of a law aimed at doubling the prison sentences for acts committed in certain neighborhoods, in contempt of all constitutionality (October 2018). We let you evaluate the link that such actions and speeches can have with the French colonial history and its continuation through other forms.

The decision of the Wilaya of Algiers to “revitalise” the Casbah is its own decision, and we leave it to our friends in Algeria to fight it they feel the urge for it; that is not our role ourselves. However, we, architects, historians, electricians, cleaners, academics, artists and other activists, for whom the Casbah continues to represent one of the strongest symbols of revolutionary architecture,  appeal to your political conscience to give up this project. Do not accept to be complicit in a fourth wave of brutal French transformation of the Casbah. All architects must be fully responsible for the political conditions and consequences of the projects they accept; any position that would make them only an executant constitutes an insult to their function and their ability to act. Sometimes this ability to act politically lies within the design of the project itself; at other times, it is rather in the refusal or the renunciation to  this same project. This is the case here and you have the power to do that.

We therefore ask you to decline this invitation and recommend to the Wilaya of Algiers some of your Algerois colleagues who will adequately problematise this project in order to preserve the Casbah and the symbol it holds, rather than to control, alter and gentrify it. Thank you for reading us, we sincerely hope that you also heard us.

add comment
ahmed el amine nakib
I couldn't agree more. I'm an Algerian architect, living in Algiers, and I can't explain how devastated we were when hearing the news. I fully respect Jean for all his works, but I don't really think that he is the man for this job. The Casbah is a very sensitive subject, place, and project to deal with. You should expect a lot of backlashes whenever a new idea of revitalization project is announced.
Related