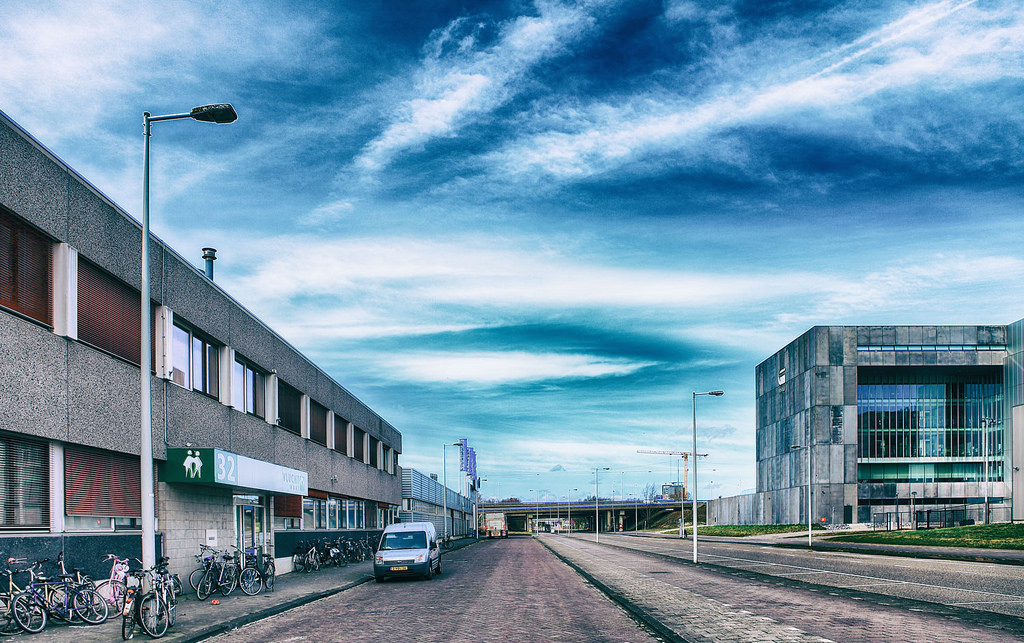 The third edition of the joint Failed Architecture & Design-as-Politics workshop, taking place on December 7 and 8, is open to external participants. Apply before November 20, 2017.

Amsterdam has shown various levels of hospitality towards newcomers over the centuries, but it has always remained a point of arrival for migrants from all over the world. In recent years, the city has experienced a large influx of Syrian and other refugees, received more foreign students than ever before, and has welcomed the first ‘Brexpats’ leaving post-Brexit Britain. While wealthy newcomers can buy their way into the city center, the less affluent are confined to the city’s fringes.

Looking at one large, semi-industrial area in the southern part of the city for example, located between the Zuid, Oost en Duivendrecht neighborhoods, one notices the recent installation of a large asylum seeker center (and a temporary hotel) in a former prison complex, the construction of a for-profit student accommodation, a hotel housing Eastern European construction workers and a generic office building squatted by a group of illegalised refugees.

At this very moment, Amsterdam still appears to have enough space to absorb these different groups of newcomers. The city is growing and filling up rapidly however, stimulating the municipality to transform even the city’s fringes into high-end residential zones. Could Amsterdam soon be saturated, leaving no place for future arrivals? Would it be possible to design Amsterdam’s future absorption capacity, taking the limitations of different groups of newcomers into account?

In this intense two day workshop, co-organised by the Amsterdam-based research platform Failed Architecture and TU Delft’s Design as Politics group, we will be hosted by a self-organised refugee housing project, immersing ourselves in the aforementioned residual urban zone and, inspired by several relevant speakers, seek to answer some of these important questions.

This workshop will be attended by Design-as-Politics students, and is open to four external participants. If you are a student or young professional working in and beyond the fields of architecture, urbanism, political sciences, sociology, geography or the arts, please apply by sending an e-mail with a short introduction and motivation (max 200 words) to rene@failedarchitecture.com before Monday 20 November 12pm. Participation is free.