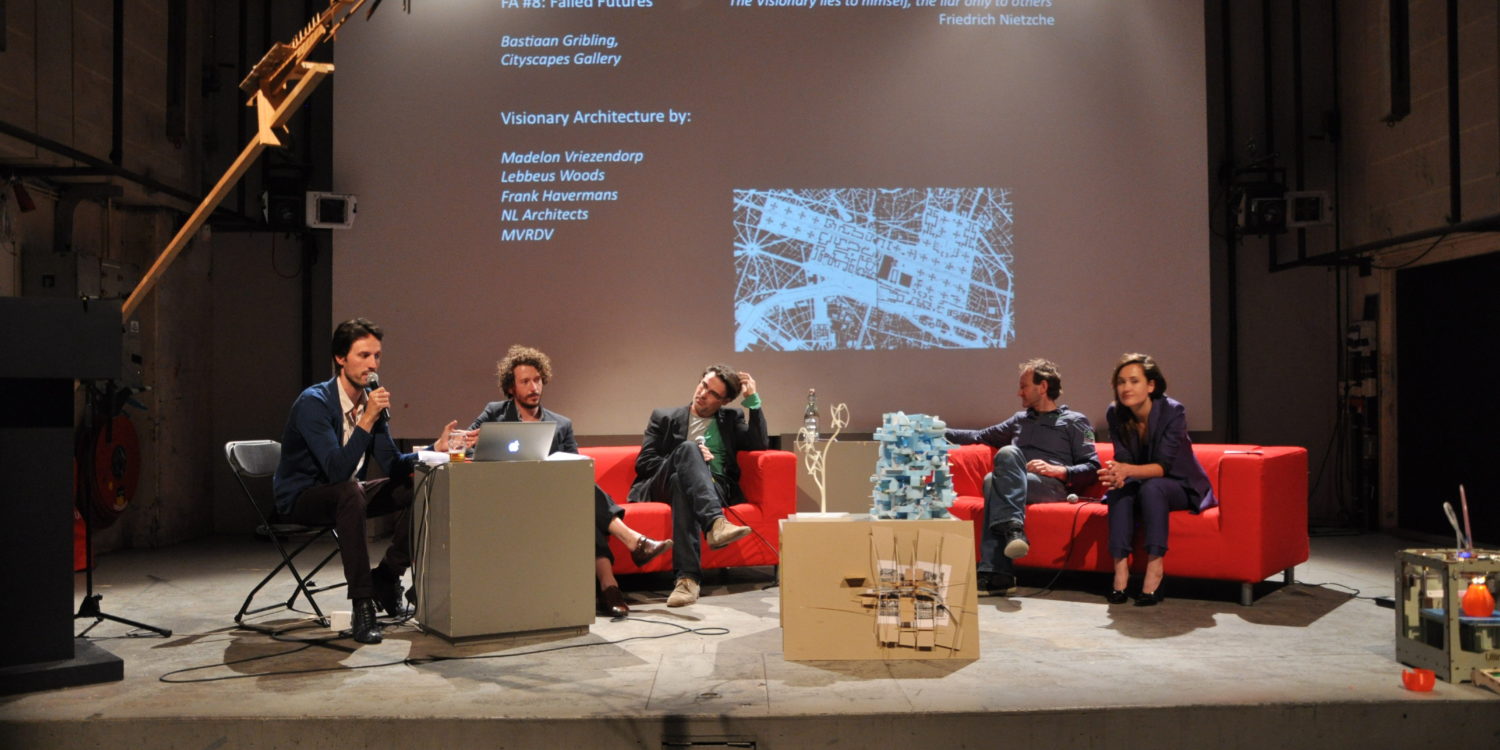 During Failed Architecture #8, we asked ourselves and our guests: 'Is architecture still in need of visionary and utopian thinking?'

Utopian thinking and architecture go hand in hand. Envisioning a new world and exploring how its new conditions can best be organized are an architects’ core business after all. This is not only so because architects imagine futures as they could be or, more often, as they should be, but also because architecture is the ultimate way for a new political or social order to express itself. As such, architectural utopian thinking has been under close scrutiny in our late modern society. During Failed Architecture #8, we did not only want to put utopia to trial once again, but we also wanted to take a look at how current architects peer into the future.

First and foremost, it is necessary to draw a clear distinction between visionary and utopian plans. As the first speaker of the evening, architectural historian and critic Hans Ibelings set out to explore the differences between the two. According to Ibelings, there is the possible future, which is merely an extrapolation of what is already there, and there is the preferred future, which needs a total makeover of society. It is the difference between respectively a descriptive worldview and a prescriptive ideology. This is also the reason why a totalitarian regime relies so much on architecture to express its power. In the current Western world, it is difficult to talk of architectural utopias, says Ibelings. Utopias are more about collective rather than individual visions. In our highly individualized society with its focus on small-scale urban interventions, most plans cannot be interpreted as utopian. Despite the idealism embedded in them, it does not impose a forced societal change, as was for example the case with the large-scale social housing schemes of the first post war decades. 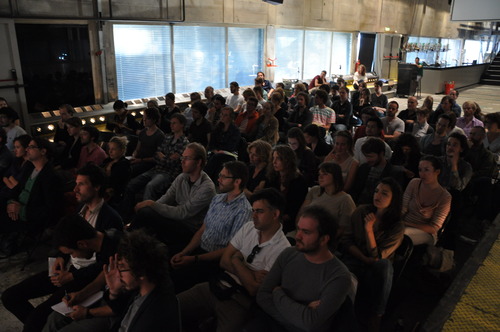 Ibelings stated that utopias are bound to fail by nature, not only in their organization and functioning, but usually also in their construction. The best utopias are those that are not realized. Architectural utopias that did come into existence over the last decades have increasingly become ‘privatopias’. By offering a homogenous social and economic alternative in an unequal society, individual inhabitants are shielded off from the collectivism of society. In his conclusion, Ibelings said we should be happy not all architectural utopias of former generations have materialized. However, Ibelings also plead for an appreciation of the ambitions of utopianism as opposed to the current overwhelming absence of dreams in the field of planning and architecture.
The second speaker of the evening, publicist and architect Edwin Gardner, took a similar critical stance. Gardner stated that our thinking about the future is still modern, although we are not so naïve anymore to believe in a continuous line of progress. Utopias are more often presented as dystopias nowadays. Gardner explained the more negative take on the future by investigating two limits which humankind is believed to have crossed; one that delimits our outside as human species, and the other that delimits our inside. One could say the first is the outside of our collective consciousness, and the second is the inside limit which comes closer and closer to our individual private consciousness.

As for the outside limit, promising horizons are non-existent nowadays. The frontier is gone. This limit was reached in our collective consciousness with the witnessing of the earth from outer space in 1972. According to Gardner, the other critical limit is the inside limit, that delimits the self and hitherto our identity. Technology has come so close, that its interface disappears; it is nesting itself in our mind’s eye. The progress of technology has forced us each individually to ask ourselves what it means to be human. In architecture and planning just as in other economic and social domains, we stick to the promises of innovation and technology to overcome the current crisis and looming economic stagnation, but what we really need is ‘stillness’. Gardner sees this as the subsequent paradigm to stagnation. His bureau, Monnik, now researches whatchange and growth will be without expansion, depletion and exploitation in an inclusive and sustainable context. What will happen to personal growth when we decouple it from economic growth? By answering this question, Monnik hopes to formulate a new relation to labor. 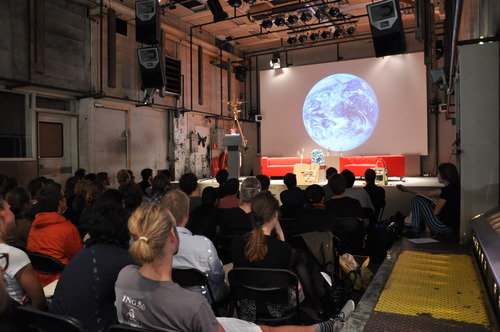 After the break, several Dutch artists and architects presented their view on current and future developments in architecture and urban planning. Visual artist Frank Havermans elaborated on his rather dystopian TOFUD-project, DUS Architects gave a product demonstration of the ‘KamerMaker’ and MVRDV presented their ‘Vertical Village’. The presentations demonstrated that utopian thinking is still present in the worldview of artists, architects and planners, albeit interwoven with a critical disposition. However, Ibelings would describe their plans as visionary instead of utopian, whereas Gardner clearly saw a continuation of all the wrongs in the current practice of architecture and planning. Future failures or not, we might need these plans to enhance our thinking about another possible world. Or as Ibelings stated earlier during the evening: ‘The road to hell might be paved with failed futures, but hell itself is filled with all those realistic plans that fail to bring change, and fail to offer a better world.’

The exhibition ‘SHIFTS: The Economic Crisis and its Consequences for Architecture’ by Hans Ibelings was on display at Cityscapes Gallery.