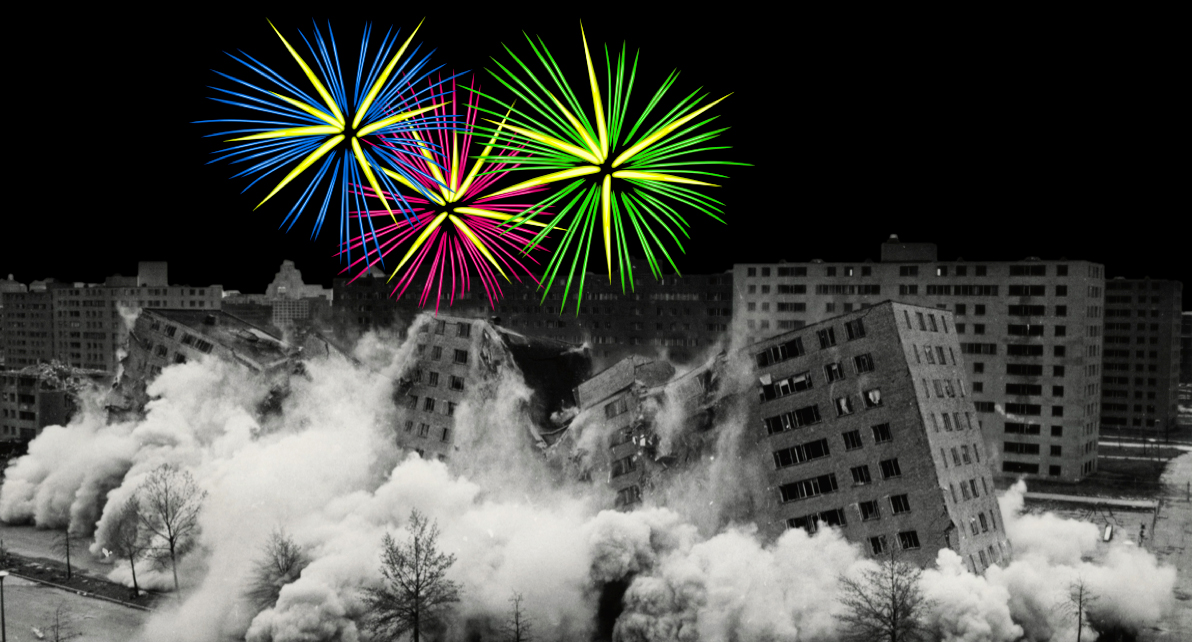 June 17 in Amsterdam. Join us for a mix of demolition videos, render poetry, experimental radio, a famous failures quiz, a film and failed architecture DJ-sets.

share this article
On the festive Day of Architecture 2017 we invite you to dissect, deplore and celebrate failure. Together with architects, artists and others we will embrace buildings and places that are overlooked, misunderstood, mistreated or destroyed. Join us for a mix of demolition videos, render poetry, experimental radio, a film, a famous failures quiz, failed architecture DJ-sets and more.PROGRAMME

Whether we like it or not, architecture is the scene of our everyday’s life and we happen to interact with it when experiencing a space. Some “urban backgrounds” have the power to generate emotions and a sudden impulse to react to it, sometimes also in a critical way. Are you ready to strike a pose?

18:00 – 19:00 – Uber Eats intermezzo19:00 – 19:45 – EU-premiere of UNEARTHING ELEPHANT (2017, 25min) with an introduction by René BoerUnearthing Elephant aims to document, celebrate and advocate for the unique space that is Elephant and Castle Shopping Centre in South London, built in 1965 as the first covered shopping mall in Europe. Written and filmed throughout 2014-2017, the film weaves the imagined voice of the Shopping Centre itself together with the voices and opinions of traders, customers, local residents and academics. Unearthing Elephant is a film by Eva Sajovic, Sarah Butler and Rebecca Davies and premiered last week at Tate Modern London.

At Failed Architecture, we like asking questions. As our mission statement reads, we ourselves are not even sure what architectural failure really means and who determines whether a building has failed or not. Join the Failed Architecture Quiz (F.A.Q.) either as a team (three persons max) or alone to ponder some mind-boggling questions about famous failures and forgotten starchitects.

Presentation of the ambiguous video collage Reality Rendered, which juxtaposes two disparate visions of architecture and urban settings. The first, and loudest, is the city represented in videos from various urban music artists across the world, from Peruvian trap, to UK grime, by way of hip hop in Chandigarh. The second—smoother, softer and more subtly dominant—features the self-representations and computer generated renderings of the technicians: the architects, planners and developers designing the built environment before it is lived in.