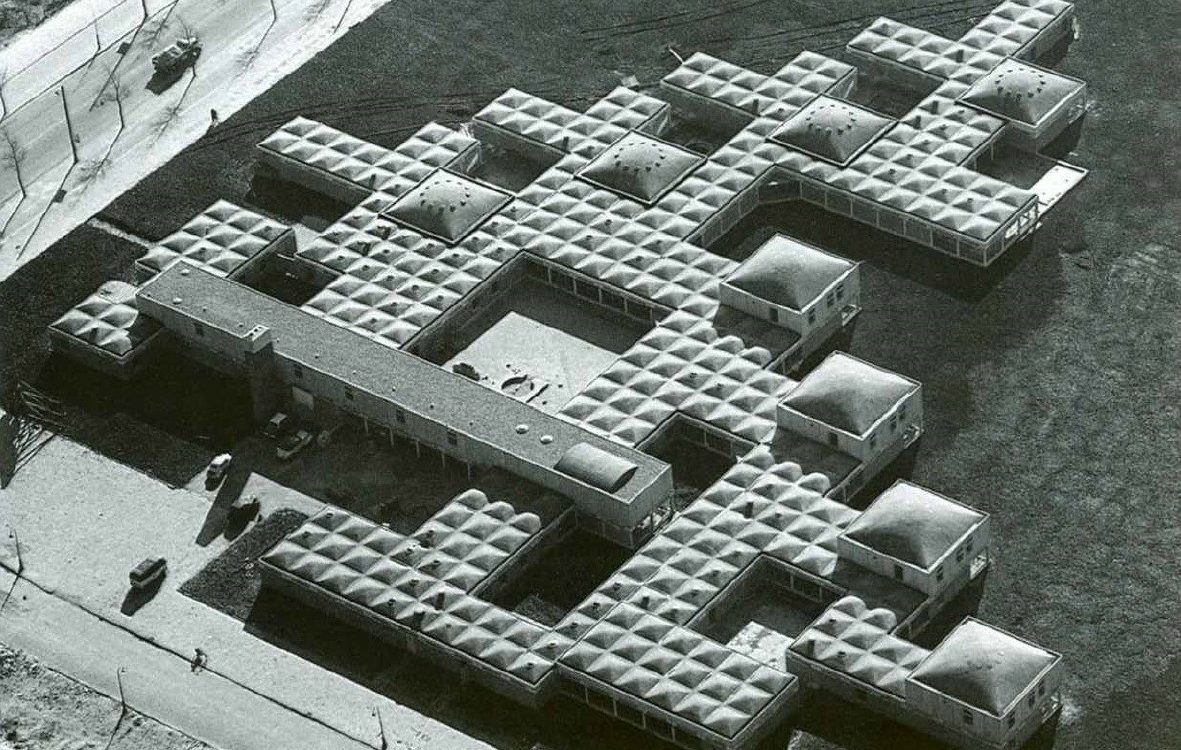 For an exhibition about structuralism in Rotterdam’s Het Nieuwe Instituut, Failed Architecture was asked to make an intervention during the exhibition’s closing symposium. The final result was the seven minute short film Orphan, which investigates structuralism – a movement whose credo was to understand elements of culture in terms of their relationship to a larger, overarching system or structure – through the work and words of Aldo van Eyck and his junior, Herman Hertzberger. Aldo van Eyck was one of the Netherlands’ most celebrated architects and from the 1950’s on one of structuralism’s most important figures. Many of his buildings and interventions in the city are still treasured today, in spite of the damaging effects of decades of neglect.

The film orbits around what was once arguably one of van Eyck’s most famous and ideological buildings, ‘Het Burgerweeshuis’ (city orphanage) in the south of Amsterdam, and juxtaposes new footage of the building with explicit and implicit references to cultures and practices from around the world. Today the building is largely abandoned and is occupied only by temporary anti-squatting, begging questions about structuralism’s continued relevance in today’s information world, which enjoys greater cultural cross-references by default. The film is now available online and can be watched below.

Rafe Copeland
Michiel van Iersel
Michiel is an urbanist and curator working at the intersection of the arts, architecture and heritage. He studied arts and urbanism at the Erasmus University Rotterdam, the University of Amsterdam and Berlin’s Humboldt-Universitat. Michiel is co-founder of the Amsterdam-based interdisciplinary agency Non-fiction and started Failed Architecture in 2010.