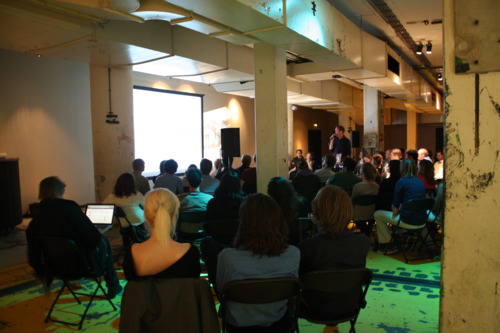 Are we too quick in assessing post-war modernist architecture as failed?

Are we too quick in assessing post-war modernist architecture as failed? That was the question that dominated the second edition of the Failed Architecture series on the 20th of April at De Verdieping / TrouwAmsterdam.

At least a hundred people listened to how five speakers gave their views on how our contemporary taste influences the assessment of modernist architecture. The diverse backgrounds of the guests resulted in a comprehensive worldwide oversight.

Architectural historian Petra Brouwer took off close at home by looking at how the planning principles behind new town Almere reacted on the ideas behind the suburban Bijlmermeer, both situated adjacent to Amsterdam. Whereas the consensus nowadays is that these utopias have failed both aesthetically and socially, Brouwer warned for a too rigorous dealing with the past. Both Almere and the Bijlmermeer were thought of as solutions for Amsterdam’s failing nineteenth-century living quarters – nowadays the city’s most popular living areas. It is not unthinkable that Amsterdam’s more modern extensions will experience a public revaluation in the near future.

The Dutch-Croatian architect Lada Hrsak took the audience to Novi Zagreb, a post war modernist extension of an ancient city. In what was mostly a personal account, Hrsak invoked an image of an adventurous concrete jungle, where especially children lived a happy life. The architect sees a direct link between the built environment and the remarkable creativity of her generation. Novi Zagreb is still popular among the emerging creative class, and despite its shortcomings certainly not regarded as a failure in Croatia. Since the loosening of state regulations local residents have started to readjust and enhance their flats. At the same time commercial and cultural developments are taking off, resulting in a more diverse and challenging urban landscape.

Publicist and expert on Amsterdam’s urban development Fred Feddes pleaded for a more thoughtful handling of post war architecture. According to Feddes, architecture rarely ever fails in its aims and purposes. It is a changing political and cultural climate that strongly influences public opinion, eventually resulting in a thumb up or down for individual buildings. One sad local example of this is the recent destruction of the modernist Wibauthuis. Feddes stated that the building was solely destroyed for its symbolist value as the headquarters of the Public Works department and recent revaluation of the surrounding areas. Since the Wibauthuis did not fit in our prevailing culturalist views on the built environment, it had to be punished. In this way, the building was the victim of bad luck and external developments, ending up ‘on the wrong side of history’.

That can also be said for entire cities, in this case Detroit. Christian Ernsten, partner at Partizan Public, explained how the former powerhouse of the American economy nowadays has to deal with extreme population shrinkages and deprivation. Between 1960 and 2003 60 percent of the built environment in Detroit disappeared, resulting in a bizarre and haphazard urban landscape. Rather than focussing on the past, Ernsten elaborated on his ideas for an acute and locally inspired dealing with the problems. The Partizan Publik collective is the Dutch curator of the ‘Power House’ artist residency in Detroit, which aims to transform an abandoned family home into a self-sufficient model home with the help of artists, architects and local residents.

The evening was concluded by Dutch-Bulgarian architect Ljubo Georgiev, who showed the redevelopment plans for the city centre of the Macedonian capital of Skopje. After a massive earthquake in 1963, the city was almost completely rebuilt according to modernist planning principles. These do not stroke with the contemporary taste of the Macedonian government anymore. The proposed redevelopment plans for the city centre contain neo-classist temples and statues, glorifying the nation’s (imagined) past. Georgiev does not necessarily want to judge the recent redevelopment plans as failures, but he does see them as signs of a severe national identity crisis. As an alternative to the government plans, Georgiev showed examples from Sofia and other cities, where people found creative ways to (re)appropriate their direct surroundings according to personal taste, often combining feelings of nostalgia with a willingness to progress.