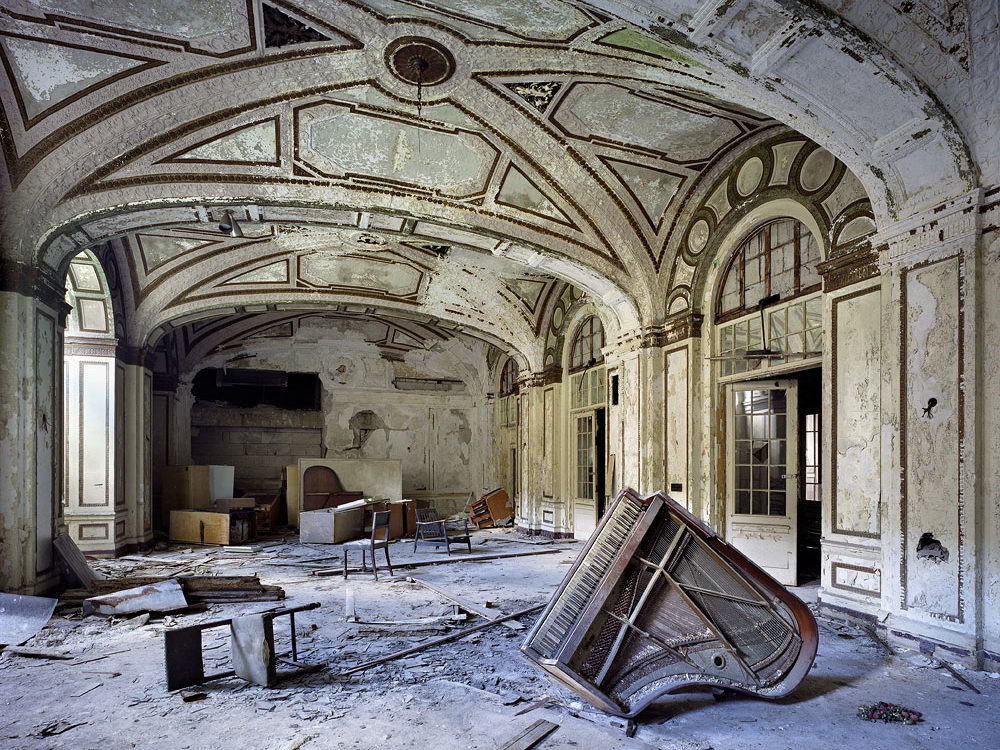 Why are we all so fascinated by decay and ruins in photography, urban analysis and literature?

Our first guest of the evening was Rob Funcken, who is a graphic designer studying photography. Funcken explained that the allure of urban exploration has to do with the quest after how to get (in)to a location, the curiosity of what’s inside and the aesthetics of decay. The photographer stopped exploring a few years ago because it lost some of its exclusivity, and because he would like to engage more in documentary photography. 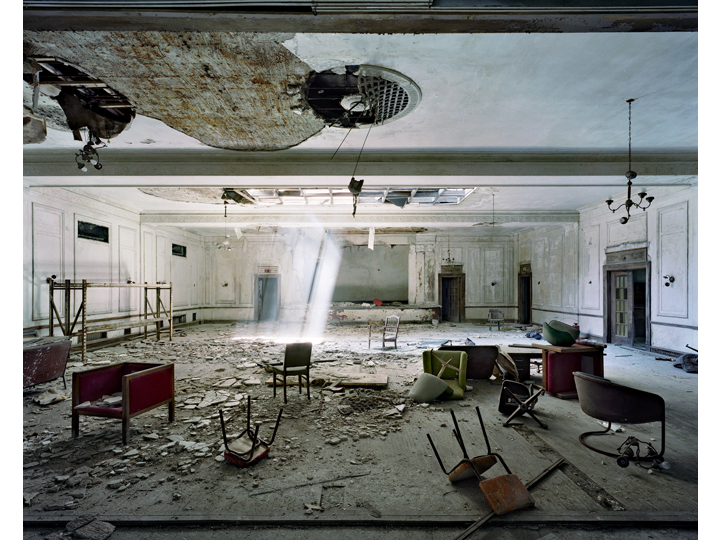 One of the objects of discussion: “American Hotel” by Yves Marchand and Romain Meffre

Aarsman saying he was primarily concerned with the aesthetics of ruination stirred up the audience. Some people couldn’t comprehend the distinction between ‘aesthetics’ and ‘documentary’, compared to ‘porn’ versus ‘reality’. On the one hand, there was the argument that this field of photography could contribute to the comprehension of decline and the physical and socioeconomic impact of it. On the other, there was a strong critique on the aestheticization of decay, because such work was considered by some to be too much concerned with the nature and quality of the photographs as art, and too little with the actual realities it

Visual artist Kim Bouvy took a rather critical stance on the staged images that the disciplines of urban exploring and ruin photography bring forth. She is more interested in documenting the frightening emptiness of space than beautifying and glorifying urban decay. The photos shown during the evening were a rather harsh distortion of reality instead of captures of moments in time, according to Bouvy. Our fascination for the decay in them is similar to the way some are attracted to porn movies. You want look at it as a bystander from your own little comfort zone, but you rather don’t want to act in it or be there for a prolonged period of time.

Joris Montens, owner of the Fontana Fortuna gallery which is now displaying the work of Marchand and Meffre, was much more equanimous. Montens looks at the work of the French photographers mainly from an aesthetic viewpoint. Of course the story behind these photos is what appeals to us the most, a story of bygone times and a glorious past. However, it would be nonsense to take into account the lives of people who still have to make a living amidst the ruins, says Montens. This was not an abuse of the people of Detroit. According to Montens’ opinion, the work of Marchand and Meffre can serve as a warning for other former industrial powerhouses in the Western world.

Once a Colonial Hotel, Now an Inhabited Ruin