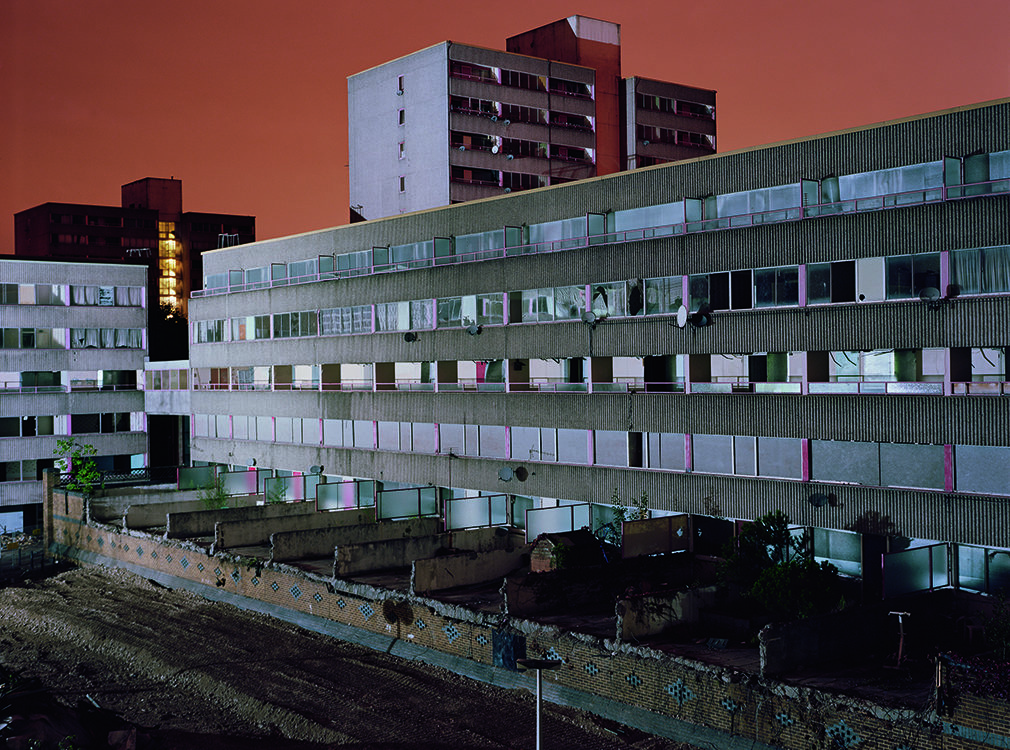 Photographer Sam Kemp captured London's Ferrier Estate as the opposite of the dream it once carried, while it was being demolished.

Grand utopian projects often turn out to be the opposite of what they were supposed to be, at least in public opinion. Particular architectural typologies can be blamed for such anticlimactic urban failures (nowadays it is modernism’s turn to be in that position), but at the same time many argue the opposite, that the design is not the root of the problem that led to their collapse.

These utopias-gone-wrong are a central theme in the work of photographer Sam Kemp, who in his latest book portrays the dismantling of the Ferrier Estate, a material problem-ridden and socially stigmatised housing complex in south-east London. It was an exemplary case of an urban housing estate in a suburban location, built around 1970 and neighbouring wealthy Blackheath, it soon became notorious as a dense concentration of social problems, crime and neglect. Eventually, the estate, a physical and ideological expression of the welfare state, went down with the dismantling of the British post-war social project. The Ferrier has recently been demolished, the land now developing as ‘Kidbrooke Village’.

Kemp explains that he is fascinated by the ideas behind many post-war estates which he thinks are much grander than those supporting today’s urban developments, while acknowledging that perhaps the modernist dream promised more than it could deliver within its gradually changing context.

In order to portray the dramatic collapse of the estate – contrasting the optimistic images from the 1970s that can be seen on Flickr – Kemp chose to capture the demolition of the Ferrier during the night. The architectural carcasses, heavily lit by the demolition company’s floodlights and against the backdrop of the red polluted skies captured at long exposure, are portrayed as a hyperbolic version of the reputation the area has: a rotten, toxic and disintegrated architectural and social nightmare. Simultaneously, it is a statement against the “blue-sky sunny day style that most new architecture is photographed in”, Kemp clarifies.

The photographer himself wishes the estate would have been saved, but the recent wave of reuse, reappreciation and rebranding of modernist architecture has come to late for it.

Sam Kemp has just published a limited edition photo book of the project, which also includes an essay by Owen Hatherley (author of Militant Modernism and A Guide to the New Ruins of Great Britain) about the Ferrier Estate. Below is a paragraph from Hatherley’s contribution, vividly describing the downfall and dying moments of the estate.

“[For about four years, it was] an enormous scar across South-East London. Even before demolition started, it was an unnerving place – I first walked around it in 2007 or 2008, when it was already to a large extent ‘decanted’, although a lot of people were still living there. The concrete had not been cleaned for a long time, if ever, the walkways criss-crossed wasteland with glass that you could barely see through, and the only attempt, it seemed, towards making the place liveable since it was built was the fitting of clumsy pitched roofs onto the lower maisonettes, which of course had the effect of making it all look cheaper and nastier than it was. It became yet more sinister as the bulldozers went in, while some where actually still living there, those who – as in the Elephant and Castle – had refused offers of places in more remote locales, or buy-outs that were considerably less than the value of a bit of SE3. When looking at these photographs it is worth remembering that in some cases, when this was happening people still had to walk through this every day. However drab the Ferrier may have been, it was a social project that aimed, however clumsily, to offer easier, smoother, cleaner lives to people who had hitherto lived in crumbling slums. That this is what it eventually came to is a useful way of debunking the notion of progress.” 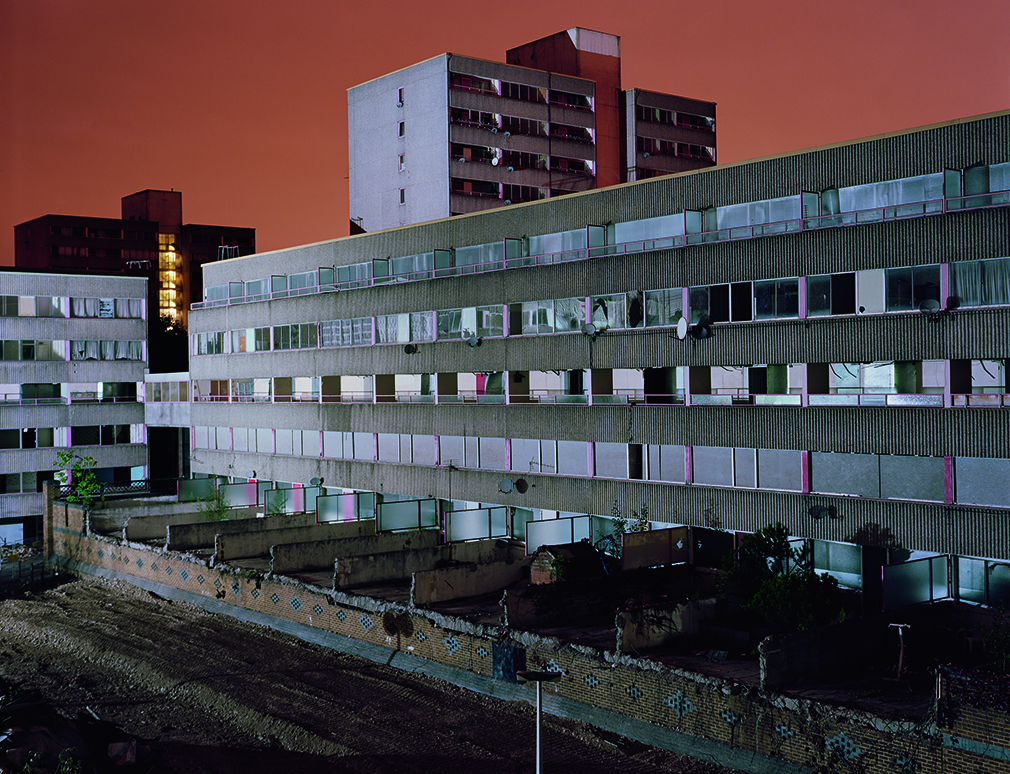 All photos are courtesy of Sam Kemp. 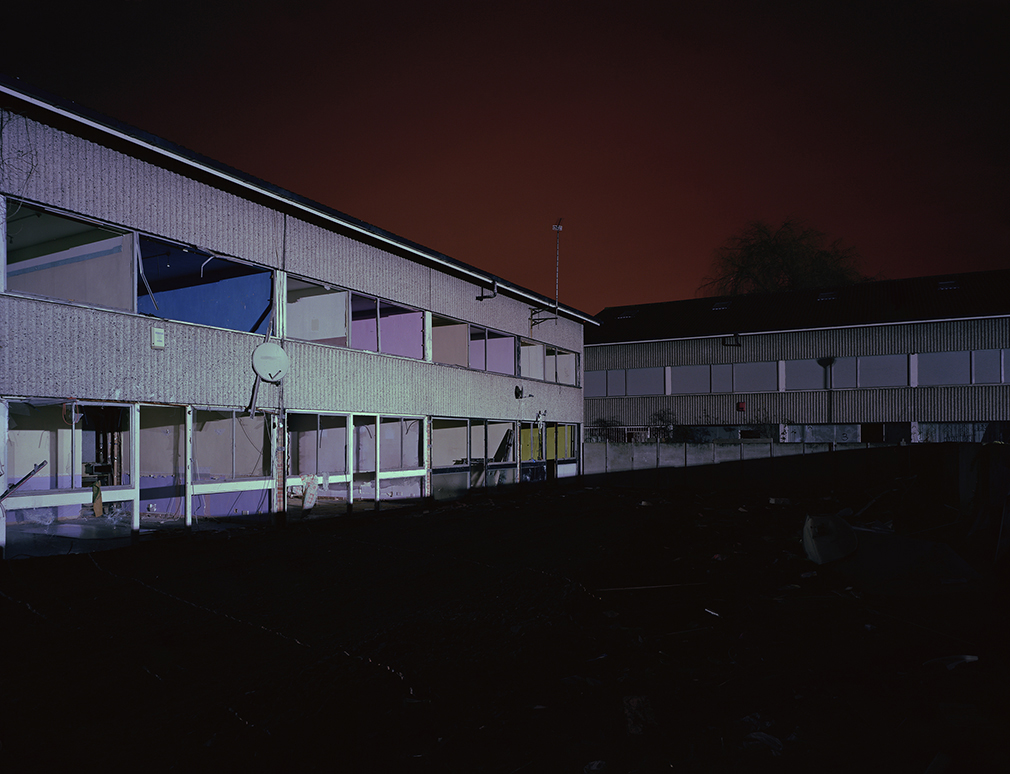 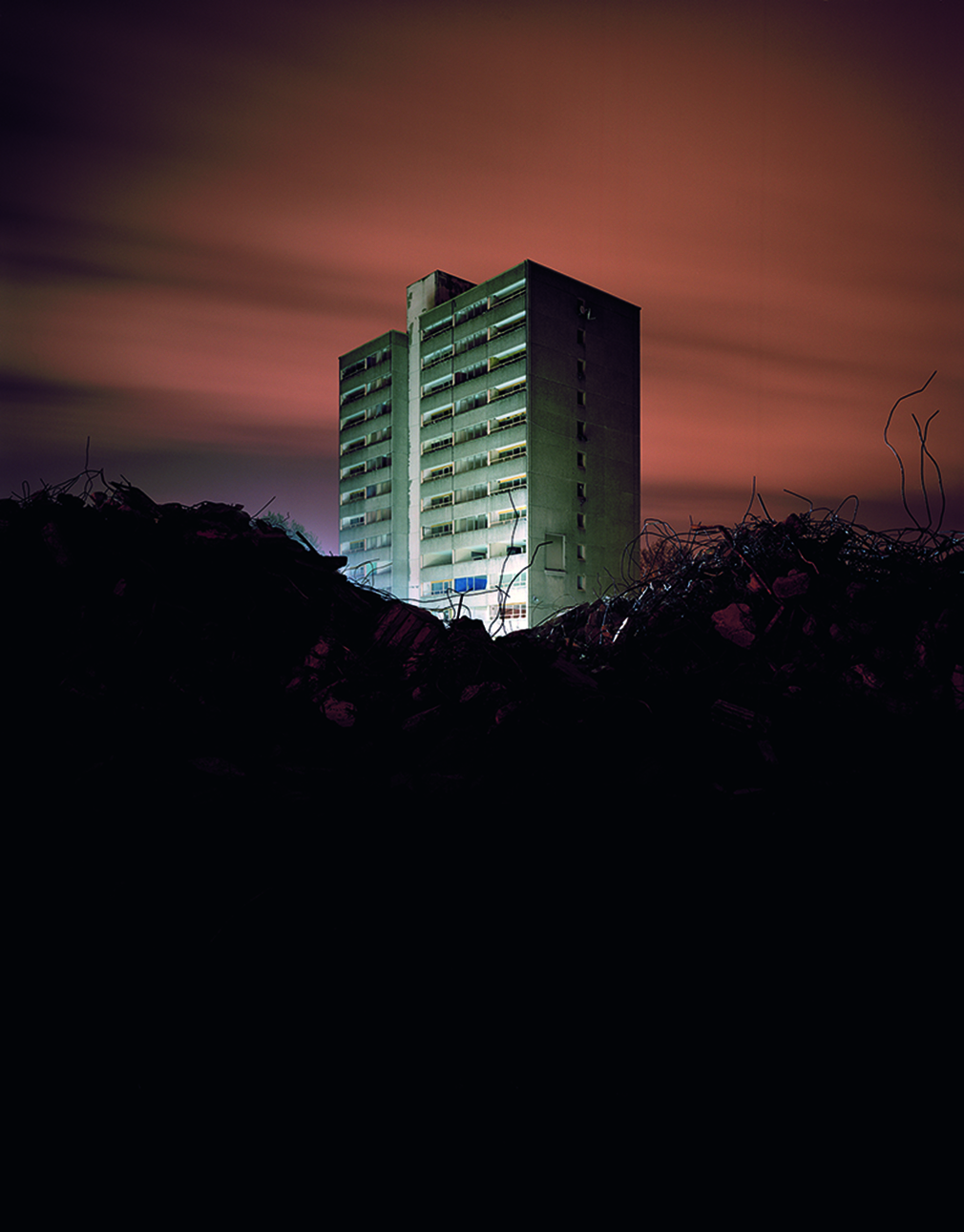 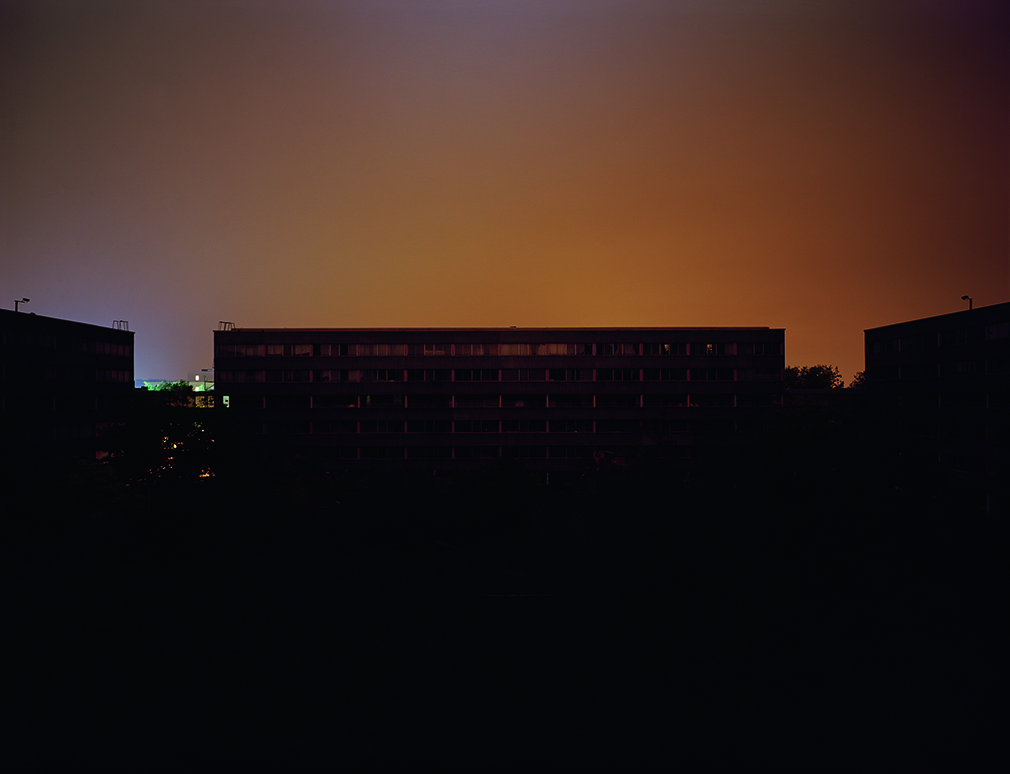 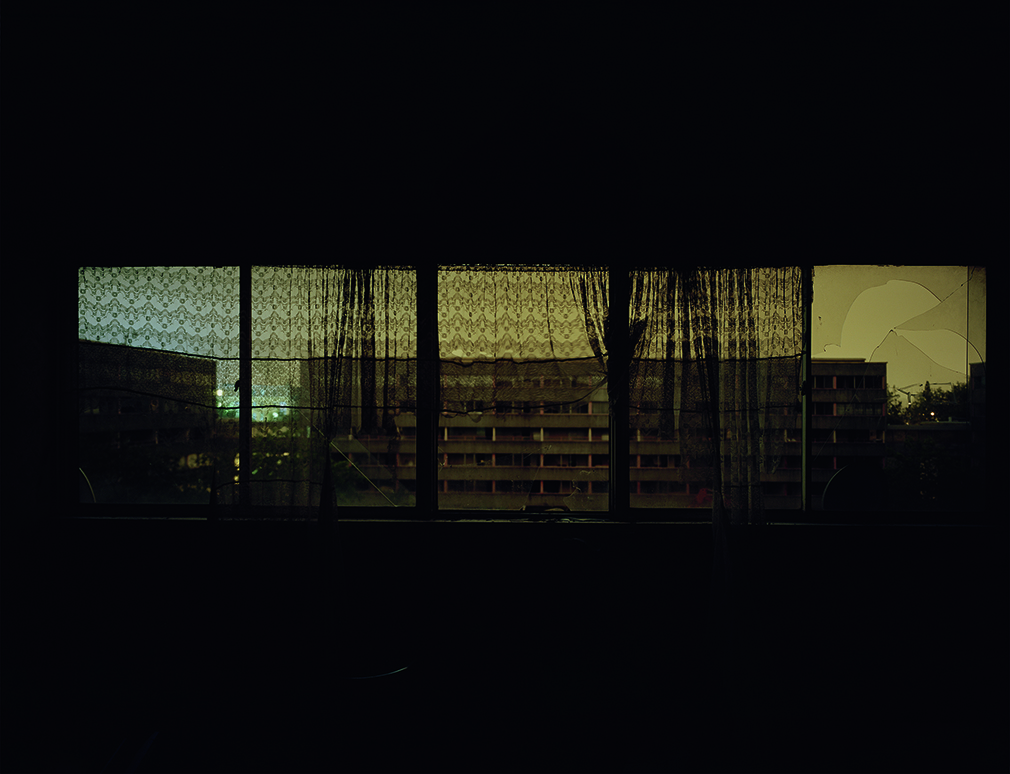 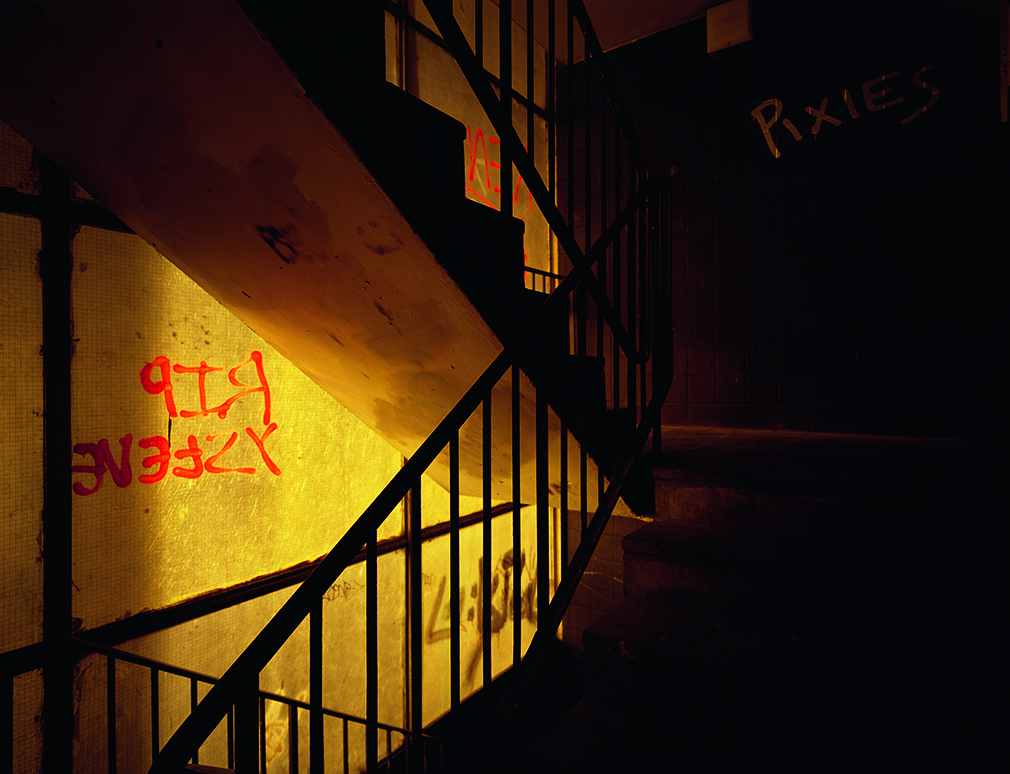 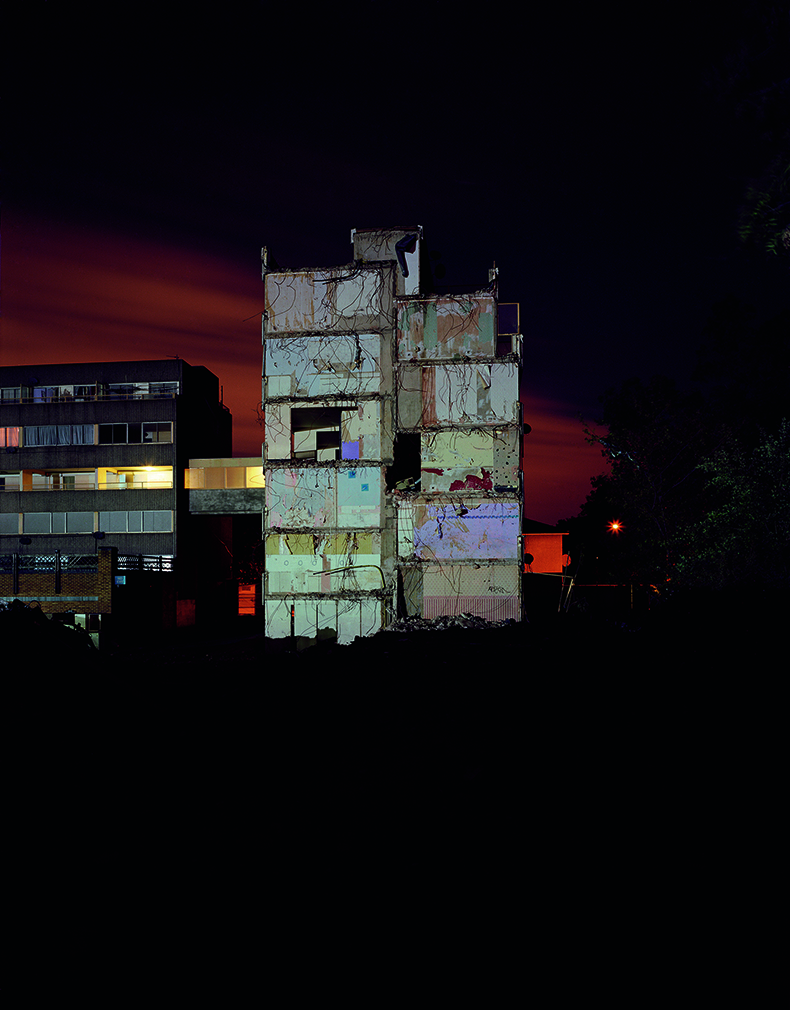 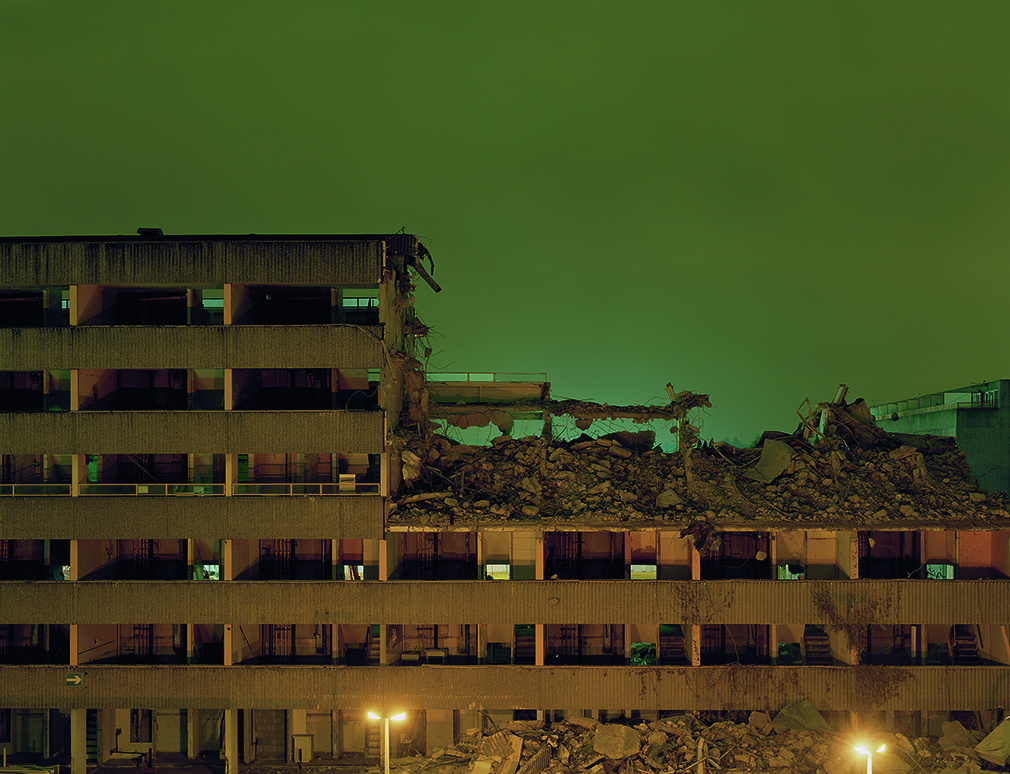 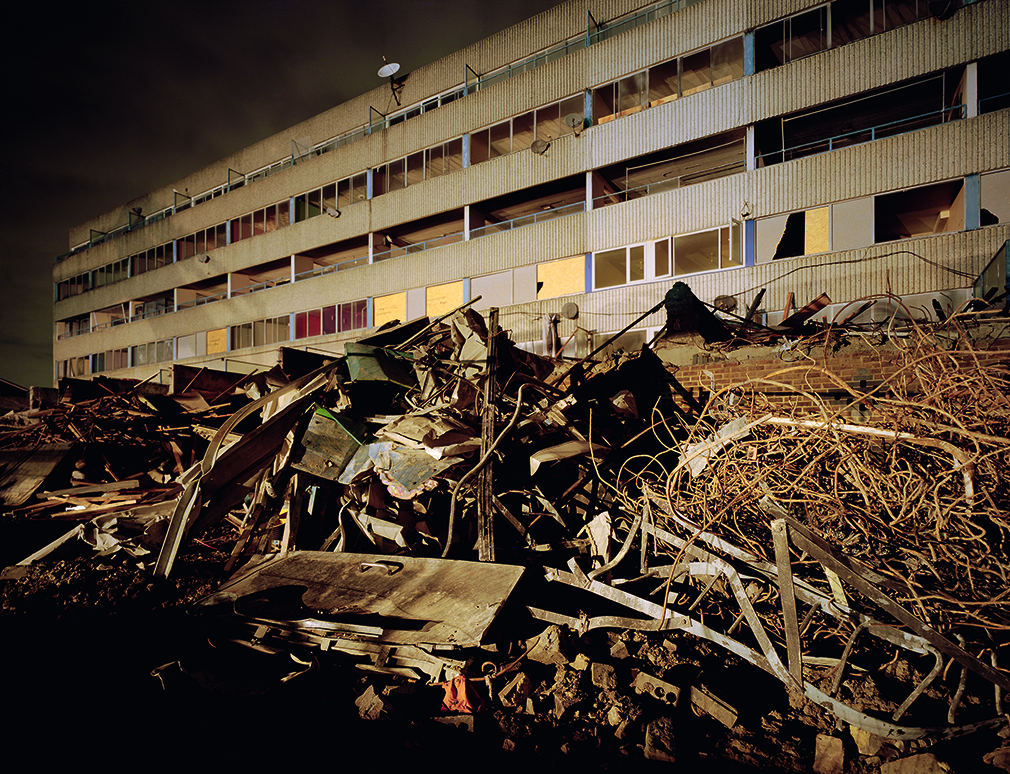 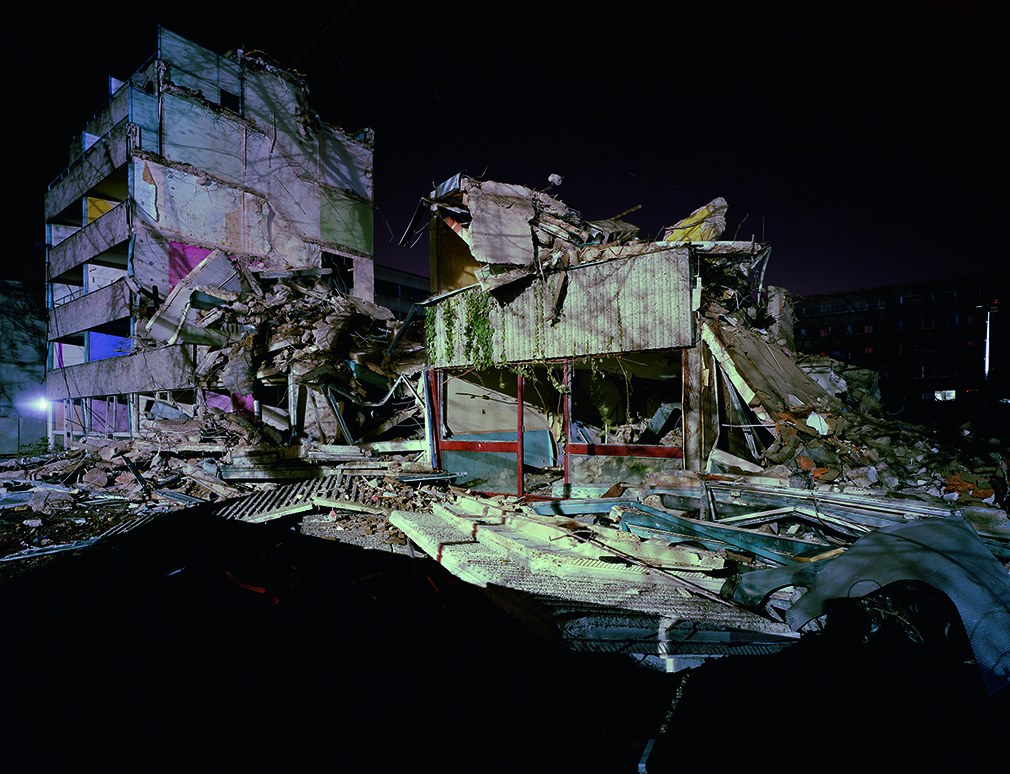