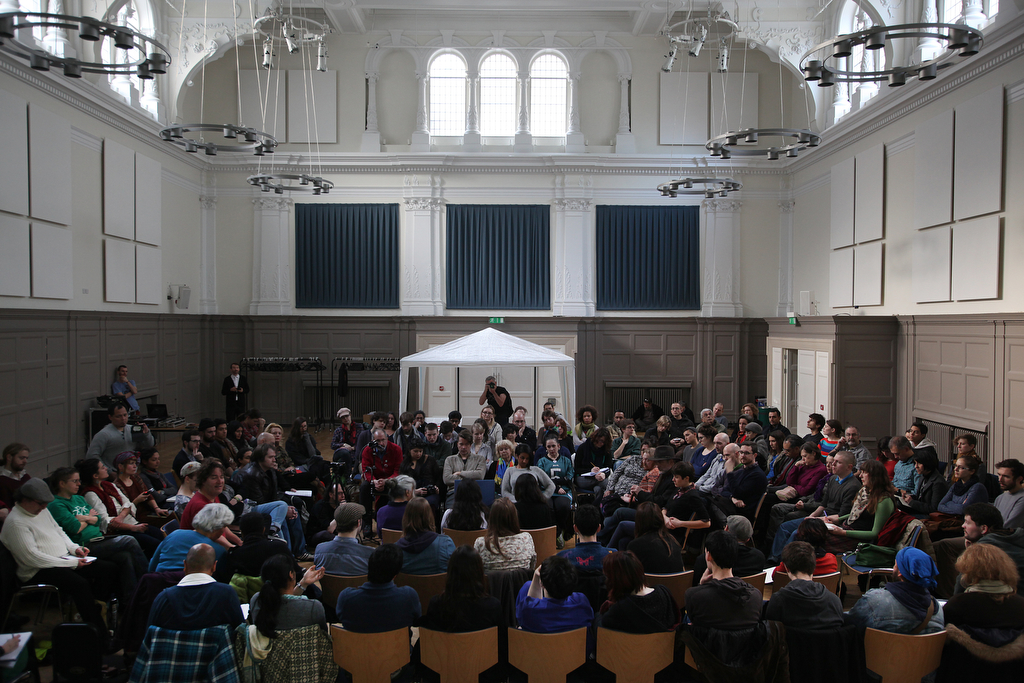 This is Not a Gateway Festival 2013

A review of This is Not a Gateway Festival 2013.

It has been a few years since its last edition, but last week finally the fourth ‘This Is Not A Gateway-Festival’ was held at the Bishopsgate Institute in the London’s City.
This festival-slash-conference is being organised by the same people of the ‘critical cities’ book series, which aims to bring ‘ideas, knowledge and agitation’ by ‘emerging urbanists’ to the fore. Like the books, the festival focuses on urban issues, but seeks to embed these in a broader cultural context and approach ‘the urban’ from a radical-political perspective. The 2013 edition of TINAG was smaller than previous ones, but certainly as inspiring.

The festival’s organisers clearly understand contemporary urban development as a consequence of the latest phase of neoliberal globalisation. The (financial) crisis, and its related responses in the form of both austerity and rebellion, subsequently became the dominant element in the analysis of the current urban condition throughout the festival. The ‘urban’ is however broadly interpreted as the organisers refuse to draw boundaries around the city. They make the argument that ‘there is no beginning or end of a city, there is no place of entry and exit’, the importance of which is reflected by the festival’s mysterious name.
TINAG 2013 consisted of a slightly chaotic collection of lectures, discussions and exhibitions, which – despite their individual relevance – made it often hard to discern their relationships. Also the attempt to structure the festival through a categorization of all the events according to various themes was not always convincing. The two major themes ‘Urban Industry’ and ‘City Means Inequality’ appeared to function as the same catch-all for everything that loosely fitted the TINAG’s main underlying conception of contemporary urbanism. However, the focus within these themes on specific cities like Istanbul or Addis Abeba provided in-depth and critical understanding of the current astonishing development of these cities, and in particular how these developments often fail to deliver just spatial solutions. 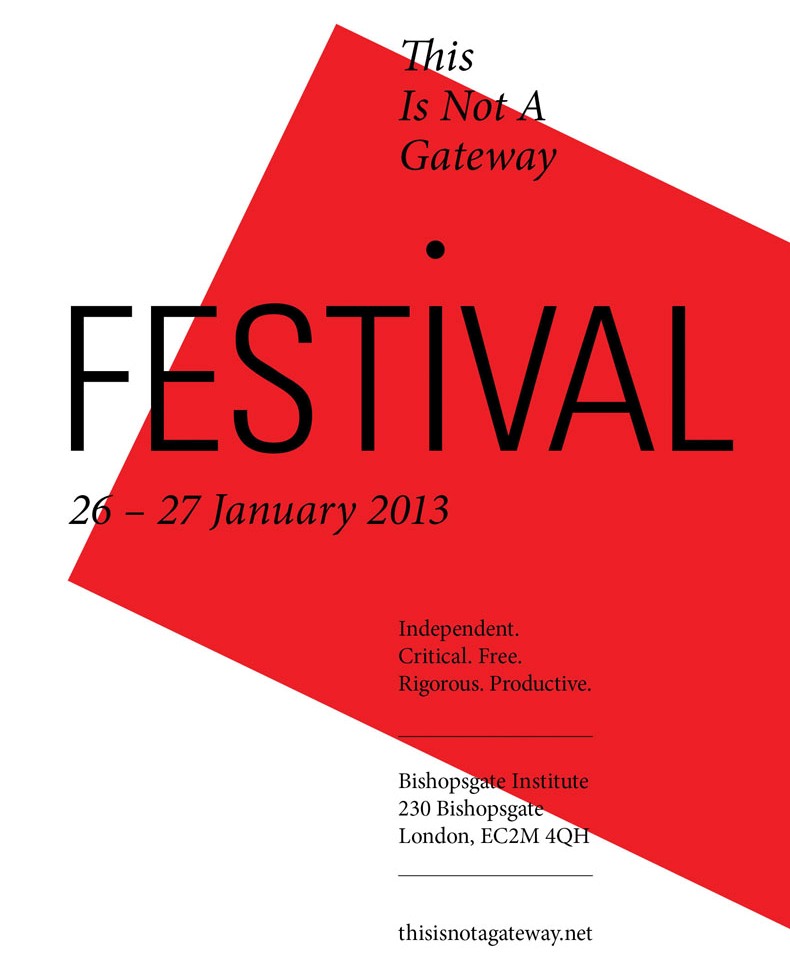 The festival’s other themes were more specific, like ‘legalities of space’, which is an important but often neglected approach to urban development. A packed session on ‘property guardianship’ for example investigated how this often unlawful phenomenon is currently being roled out in London, undermining established tenant rights. Also the ‘Financial Districts’-theme resulted in insightful discussions on the role of these areas in city centers. The inevitable ‘post-Olympics’ part delved – now the dust has settled – into the impact of last summer’s mega-event on London and in particular on the neighborhoods surrounding the fenced Olympic park. It also offered a glance at the Olympic future of Rio de Janeiro by discussing its related large scale favela clearance in the years to come.
The Olympic Games also featured at the various art installations at TINAG, which all critically engaged with the contemporary city and formed a strong element of the festival. ‘Olympic Dreams’ by Simon Ball clearly showed how artistic investigations can contribute to urban research in innovative ways. His five minute piece, which was looped at TINAG, gave an excellent impression of the fragmenting embedding of the Olympic park in the urban fabric of East-London. Other exhibitions included the art project ‘One Morning In May’ by Noëmi Lakmaier, consisting of a video work of a woman struggling to get into London’s financial district on just her hands and knees, exploring different urban spaces on her way, and ‘Beirutopia’, a collection of architectural renderings documenting Beirut’s post-conflict resurrection.
The ‘This Is Not A Gateway-festival’ engages critically with a wide range of urban spaces and practics, but the squares of the Arab Revolutions, the streets of London’s 2011 riots and the areas of London’s dilapidated housing estates seem to dominate. Although these are all relevant cases which deserve more attention, these spaces feel distant while being surrounded by the luxury of the festival’s venue and the corporate environment of its location. TINAG could definitely improve by engaging with those spatialities in real life instead of watching their spectacle from a distance. That said, the opportunity to discuss important urban issues in freely accessible, supportive and critical surroundings with large grass root participation makes TINAG a unique festival and surely deserves a bigger follow up in 2014.
More information at (and all photos from) www.thisisnotagateway.net