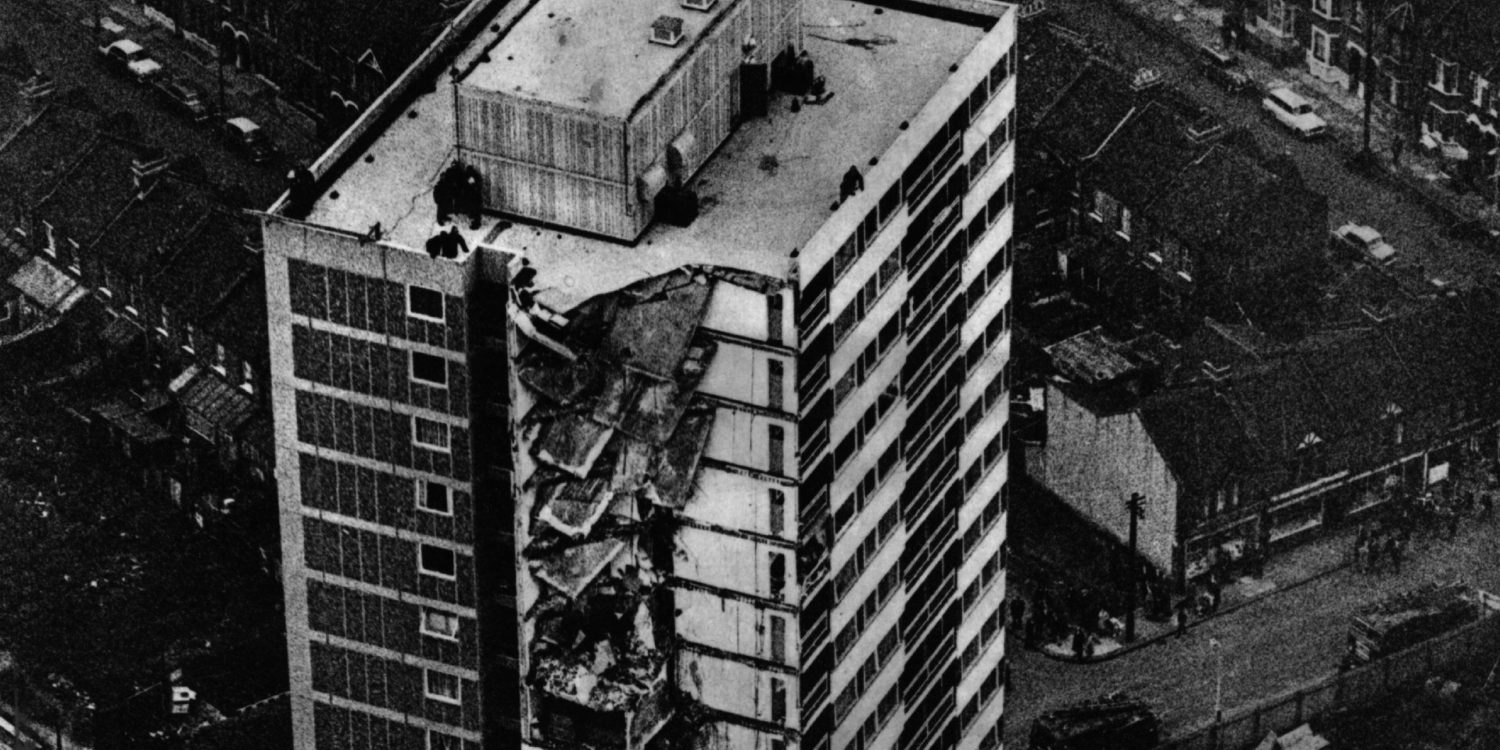 The Downfall of British Modernist Architecture

The 1968 collapse of an entire corner of the recently opened Ronan Point, East London, became synonymous with the downfall of Modernist architecture in Great Britain.

On the 16th of May 1968 a gas explosion led to the collapse of an entire corner of the recently opened Ronan Point council estate in Newham, East London. The responsible council tenant, Ivy Hodge, set of a domino effect of buckling flats by trying to light her stove in her 18th floor apartment.  While Miss Hodge miraculously survived, four others died and seventeen were injured.

The accident led to a plunge in the public esteem for Modernist architecture and the architectural profession, an impact comparable to the iconic blowing up of the St. Louis’ Pruitt-Igoe housing project. This was especially so since the collapse of Ronan Point was due to construction errors.

The gas explosion caused by Miss Hodge blew out the flank walls, which supported the floors situated above. A local architect discovered that the weakness was in the joints connecting the vertical walls to the floor slabs. Lack of quality control led construction workers to fill the joints with newspapers, instead of concrete. 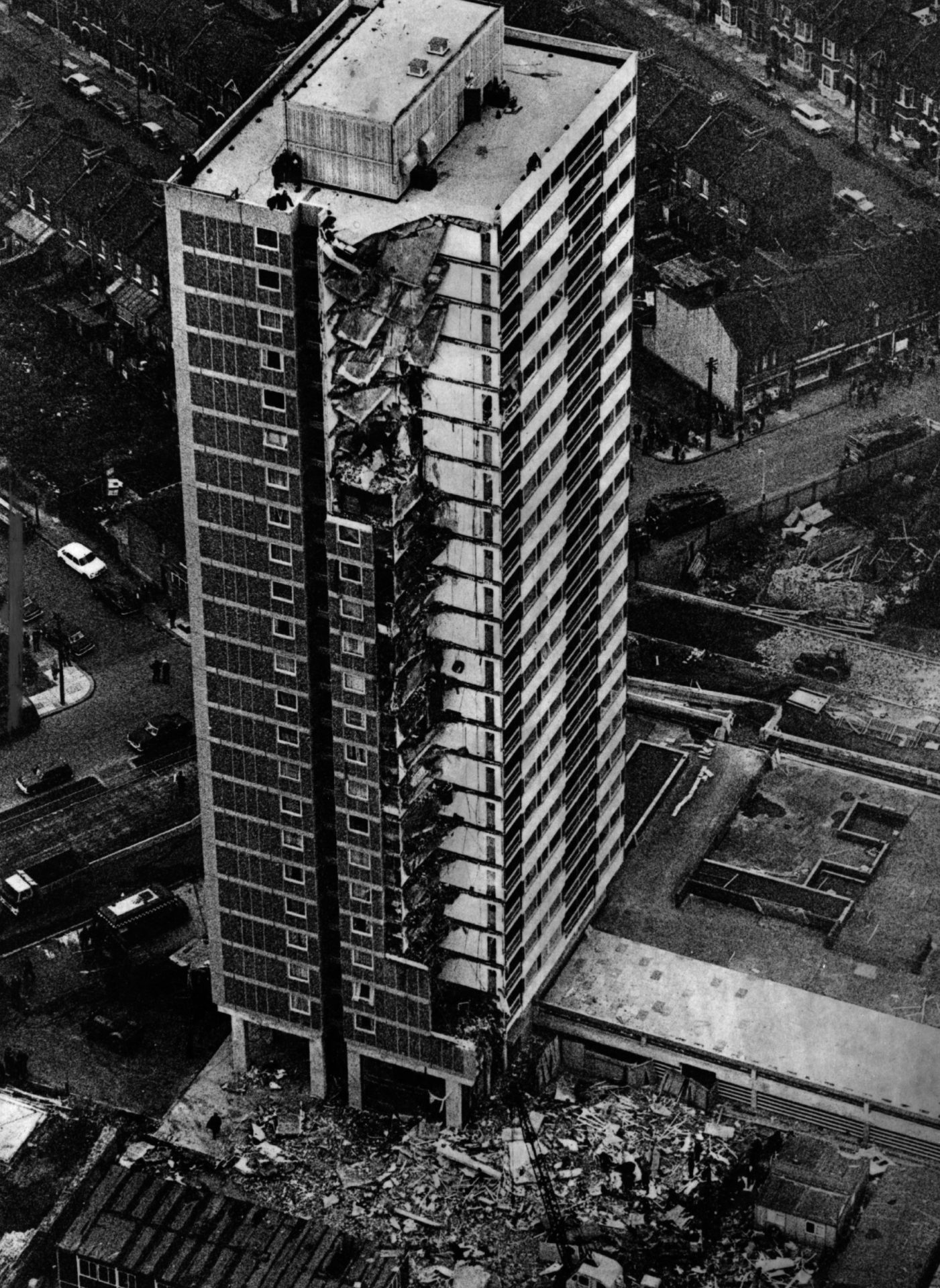 Ronan Point was built from pre-fabricated concrete panels, a cheap building method commonly used in all European countries during the 1950s and 1960s. For city councils, it was the perfect means to an end in solving the post-war housing crisis.

In Great Britain the national government even subsidized every floor built over five storeys high. The scale of production in which this resulted led to a related downfall in construction quality. Although architects were hardly involved in the building process, the public blamed their modernist planning principles for the Ronan Point disaster.

Whereas Ronan Point became synonymous with failed architecture at a very early stage, the estate was immediately rebuilt, probably in order to reassure the public that nothing was wrong with living in tall tower blocks. However, the damage was already done. The British press exposed several personal ties between subsidizing parties and construction companies. Soon after the collapse social problems added up to the scare of construction faults, causing the downfall of Modernist architecture in Great Britain.