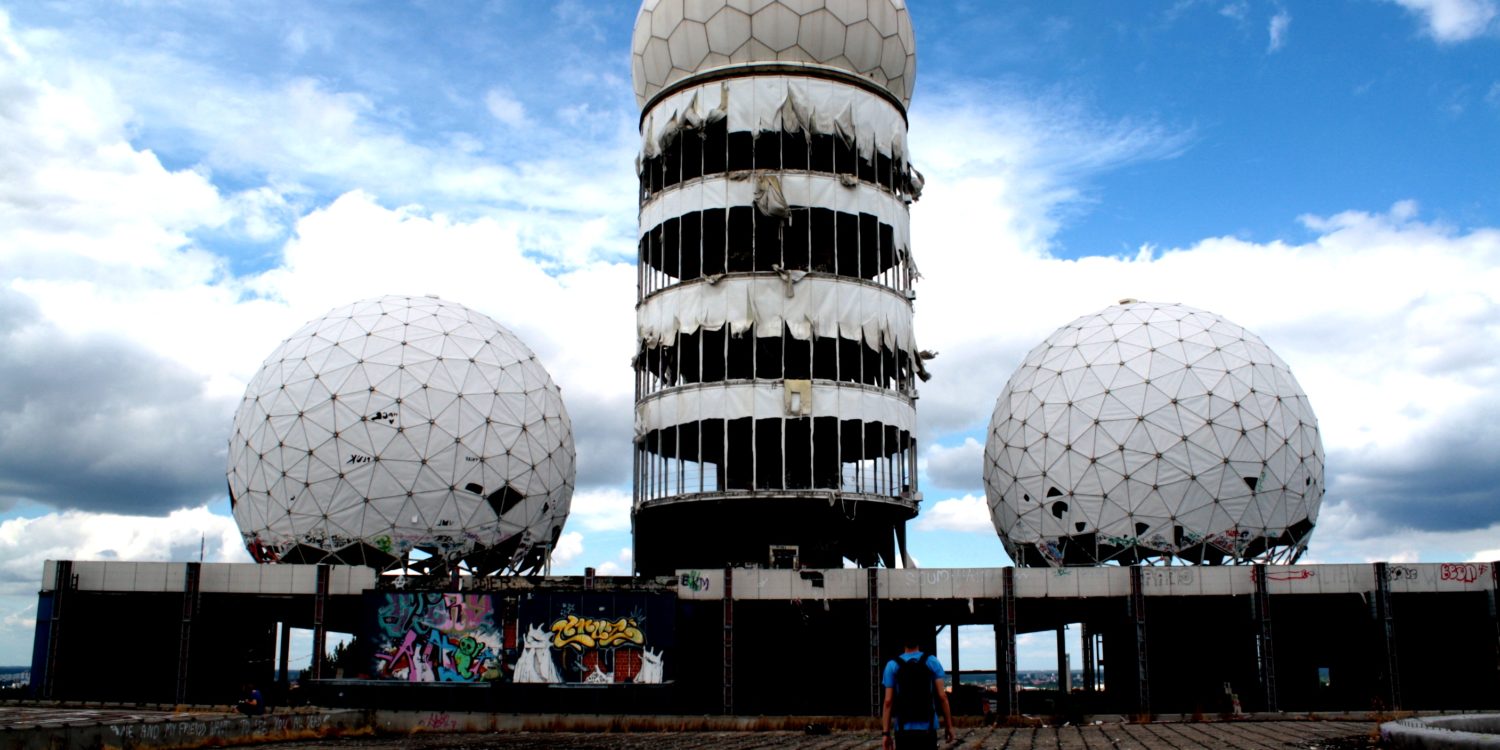 An artificial mountain in Berlin is loaded with WWII and Cold War history.

Berlin is dotted with historically significant structures. Many of them, however, come with gift shops and hordes of tourists. Some do not, like the Teufelsberg.

The artificial hill, rising 80m above the green surroundings in the west of the city, was created by the Allies of World War II using the rubble of the ruined German capital. More specifically, the leftovers of approximately 400,000 destroyed buildings. The location of the hill is rather symbolic: the rubble was dumped on a former Nazi military technical school, once designed by Hitler’s master builder Albert Speer.

The historical appeal of the Teufelsberg (Devil’s Mountain) grew. The United States’ National Security Agency (NSA) built a listening station on top of the mountain for monitoring Eastern German and Soviet military radio traffic during the cold war. By looking at pictures of the main building one can notice the phallic symbolism in its shape, which can be considered an expression of irony and contempt given the fact that the US built this structure close to communist territory. 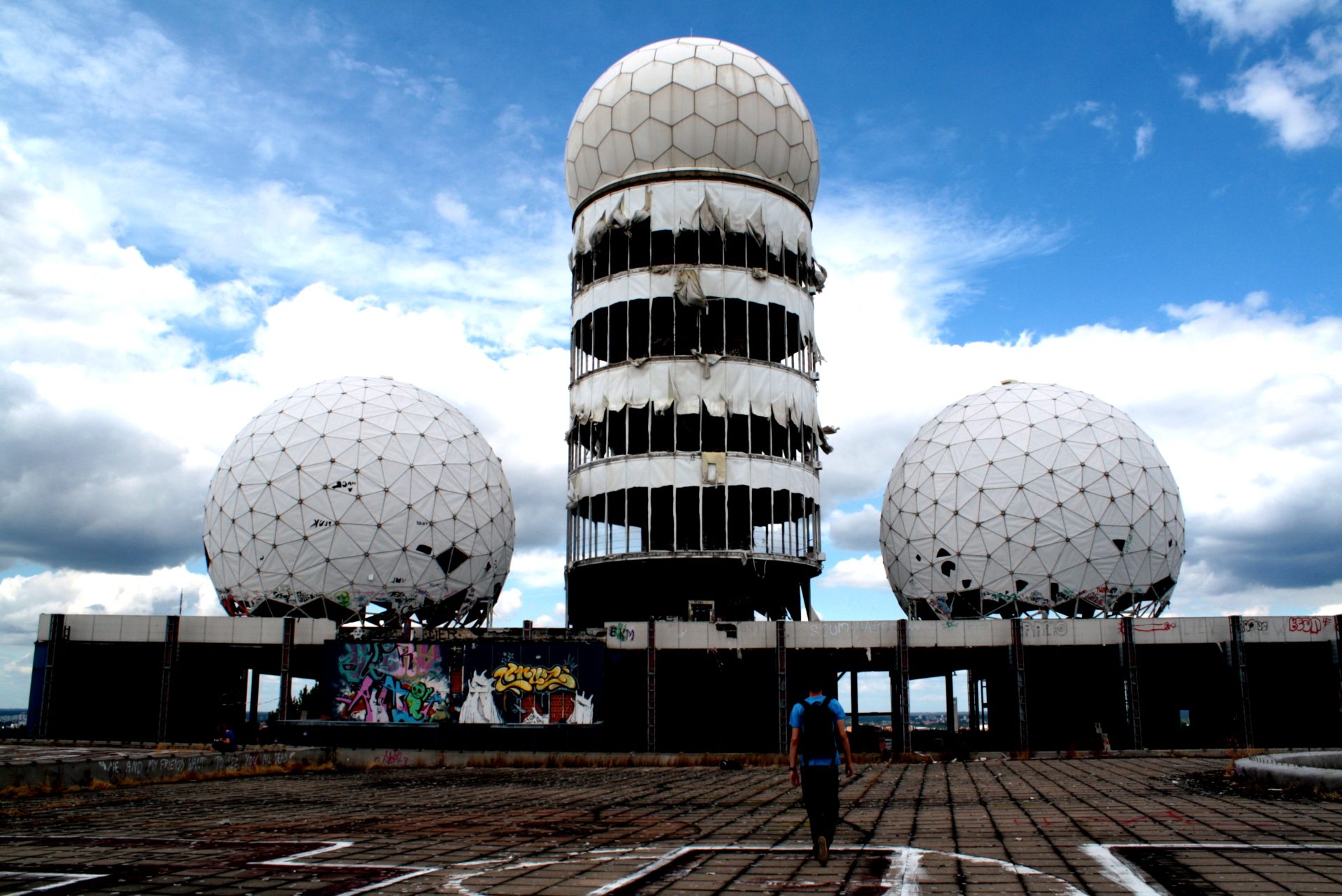 All that is left from the former listening station

After German reunification the NSA left the station and the area was bought by investors. The construction of apartments started off but never finished due to unprofitable prospects.
In 2007, filmmaker David Lynch bought a large property on the Teufelsberg, intending to build a university devoted to transcendental meditation. The proposal was rejected by the local authorities after meeting sharp resistance from politicians and activist groups. It seems to be a too sensitive subject for Berlin’s planning department to tackle, so currently, all development plans have been shelved.

It takes a 30 minute walk from S-Bahnhof Heerstraße to get to the mountain and 20 minute climb to ascend to the station. The first things you encounter are the halfway finished apartments and foundations of buildings, all degenerated. Already fascinating. Then, when you finish your climb, you stumble upon the decayed radio station. An unreal, astonishing setting. The site offers a great 360 view from Berlin to Potsdam, especially when climbing the antenna dome.

The top of the mountain is being guarded off and on, but when you’re lucky to sneak through a hole in the fence, you will enter an extraordinary place. The former listening station still seems to resonate with historical sounds of division, secrecy, and trauma, on top of residuals of the Nazi empire. Adding the adrenaline rush of trespassing, the place will remain in your memory for quite some time. 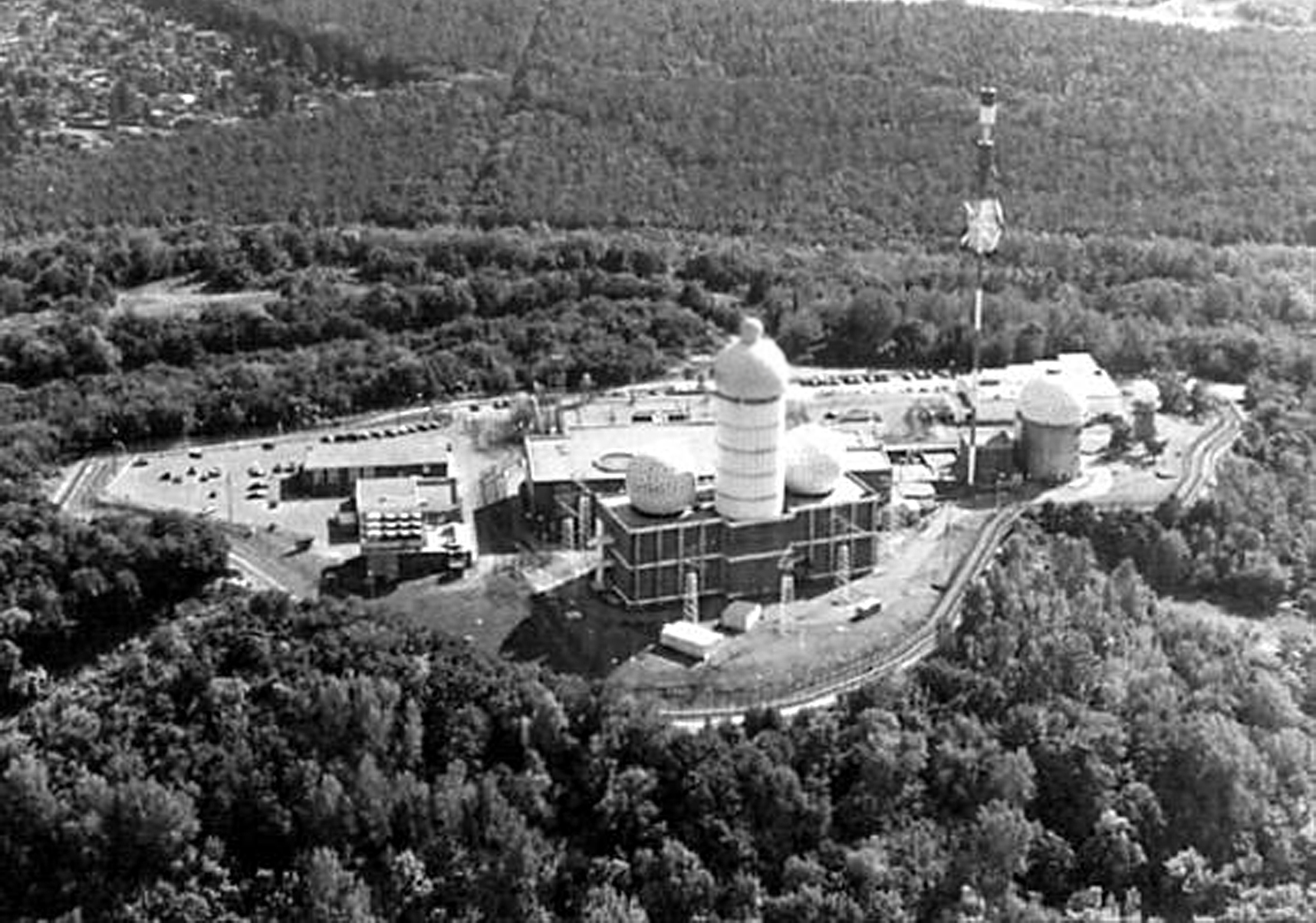 Historical photo of the radar station

add comment
Martyn Feather
Teufelsberg has certainly remained in my memory. I visited it, when the radar station was operational in the late 1960s, and remember the visit well. I was the son of a British Army soldier, then stationed in West Berlin, during the Cold War. I clearly remember being told how, and from what, the Teufelsberg had been created.
Related