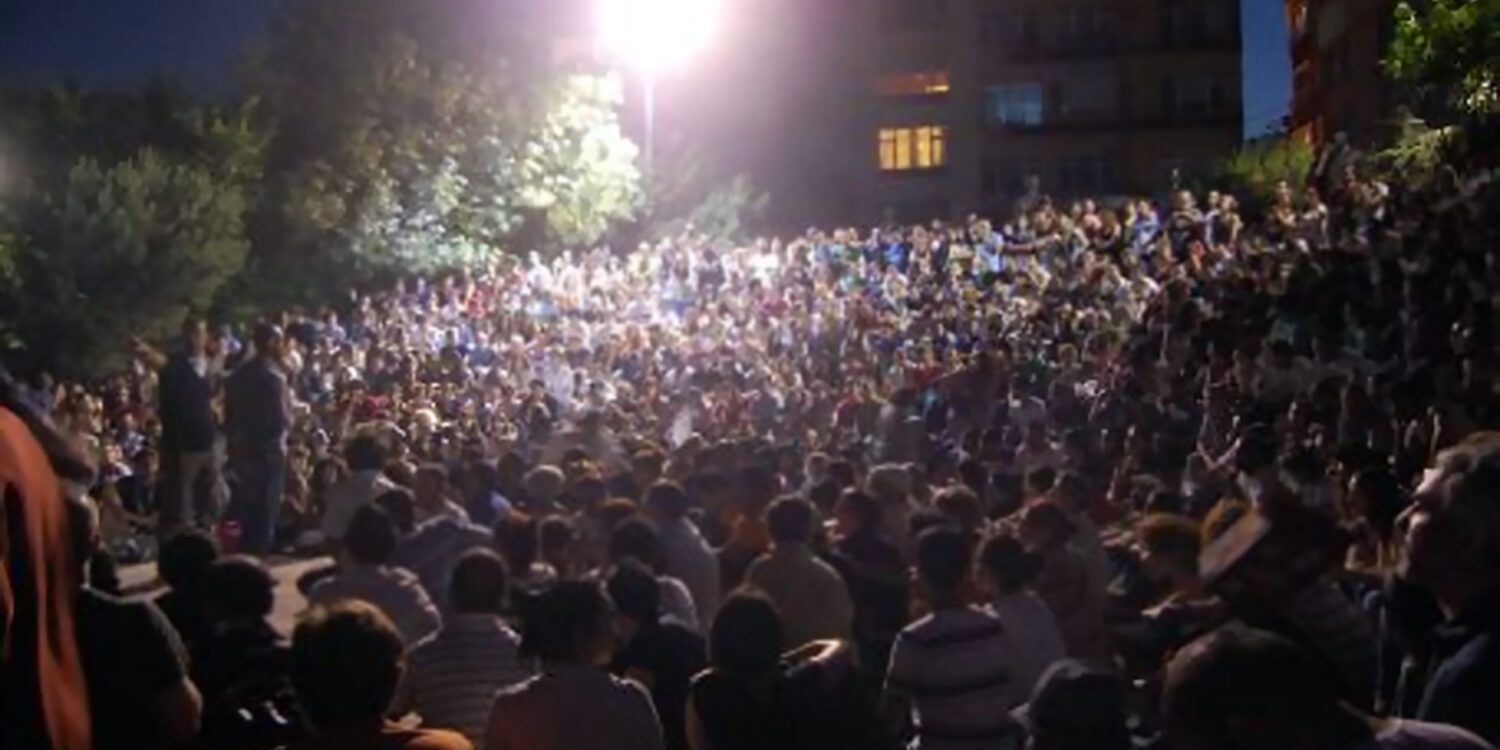 As most international media stops covering unrest in Turkish cities, Merve Bedir looks at the dynamics underlying Istanbul's urban protests and the development of direct democracies in a series of posts for Failed Architecture.

27 May 2013 marked a turning point in Istanbul, and therefore Turkey’s history – this is day that the public refuted the idea of a ‘totalitarian democracy’. This oxymoron has been experienced in countries like Turkey, Russia and Italy, and considering the current changing economical context in Europe, especially in the Northern region, one could argue that this attitude is soon to follow suit in all of Europe.

In the case of Istanbul, it was the use and change in the role of its public parks, initiated at Taksim Gezi Park, that lead to a new way of the public communicating their opinions – democratically. By occupying a large number of parks in Istanbul, the public aimed to create ‘forums’ for democracy within the different neighborhoods which would all feedback conversations and opinions to the other parks of people. The programme encouraged interaction and democracy through interesting communicative methods such as showing opinion through sign language.

Everything started as a demonstration for a park which overlooks a major square in the most important centre of Istanbul, Taksim. For more than a year now, the Turkish Prime Minister Erdoğan has been wanting to destroy the park and reconstruct the former artillery barracks, as part of the pedestrianization project on Taksim Square. For the last 8 months, work on pedestrianization has continued, but the public were not aware of what would replace Gezi Park – except that the barracks would be re-erected. The public were only made aware that the park would be transformed into a building, where controlled gates would permit entry into the space. No information was distributed about the new spatial programme in the barracks and what this would mean for them. Some of the alternative programmes the PM listed have been: a shopping mall, a mosque, an ice skating rink, a city museum, an opera house and housing… The ambiguity surrounding the future condition of the park kept people curious for a long time, until an excavator entered the park and ripped out a tree from its roots.

What resulted were a number of protests. The protests on the streets continued for 20 days uninterruptedly; the more people that gathered in Gezi Park, Taksim Square and the surrounding areas, the more the Turkish PM insisted on oppression, and polarization between his supporters and the opposers in a hope to secure his place. The demonstrators decided to settle down for a while, whilst the PM’s supporters raised tensions at the PM’s rally at the periphery of Istanbul.

The Gezi Park incident and others are read by some 1930s modernism researchers, and present one of the codes of neoliberalism’s reflection on urban space by others. What is happening in Istanbul is that the public is claiming their commons, despite everything else that makes them different than each other. 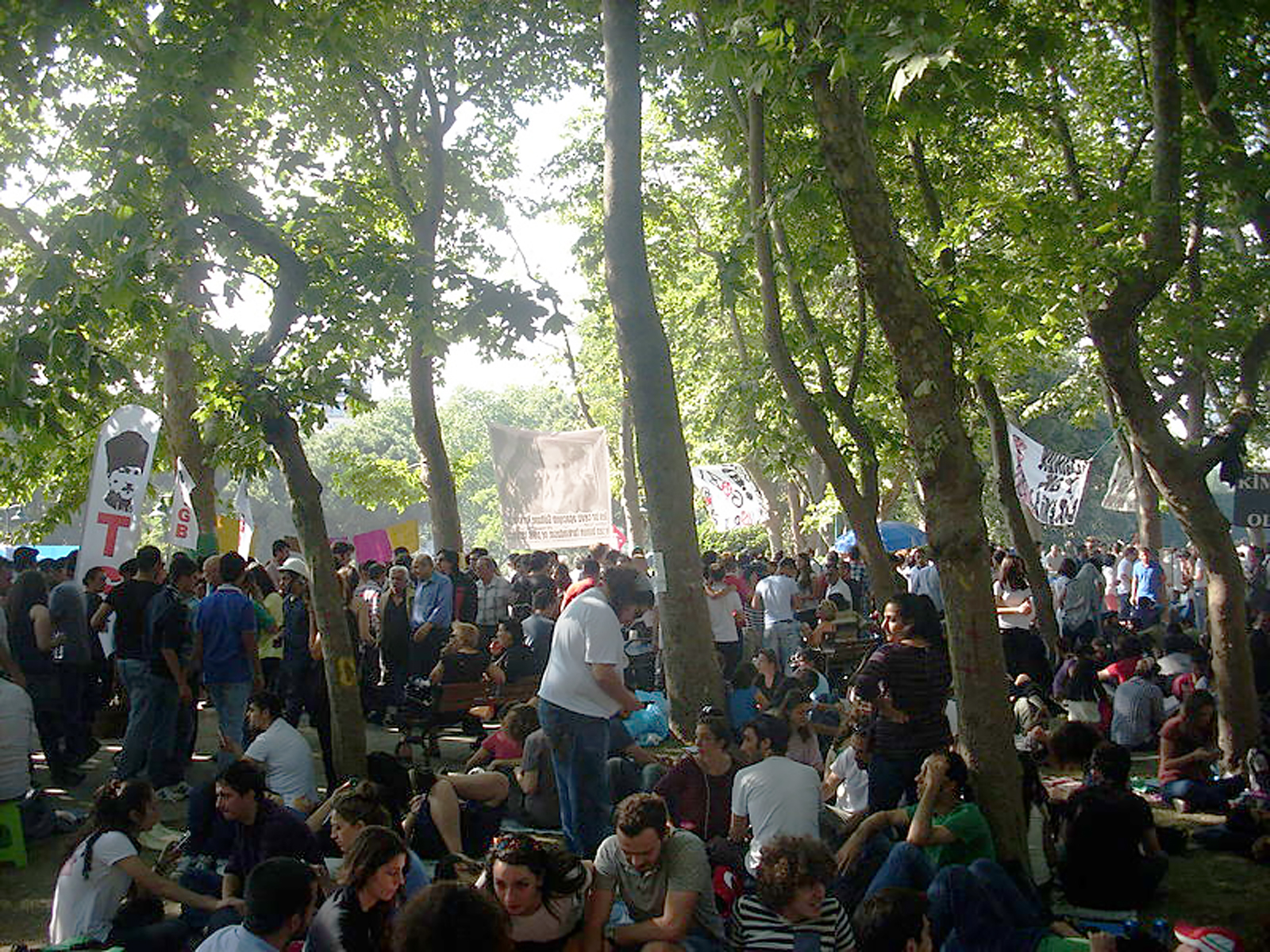 Day 21
People organized forums in the parks in their own neighbourhoods. There are a list of more than 15 parks, each dedicated to one neighbourhood, accompanied by a map on how to get to all of them. Everybody who was concerned with their city were welcome, whether they were inhabitants or passers by.

Forums were held for people to discuss on what to do next. There was a moderator and a speaker, who has 2 minutes to make his/her point. Sign language was used for simple communication, since there was no technical infrastructure available to make it easy for the participants of the forum to interact: crossing arms meant one doesn’t agree with the speaker; holding a hand up in the air and shaking it meant one supports the speaker’s opinion; rolling hands in the air or stepping firmly on the floor meant one wants the speaker to stop talking. Opinion lists were made to observe a way to continue the conversation. All parks had communication among themselves, a daily report of each forum was disseminated amongst all via a newsletter and some blogs. 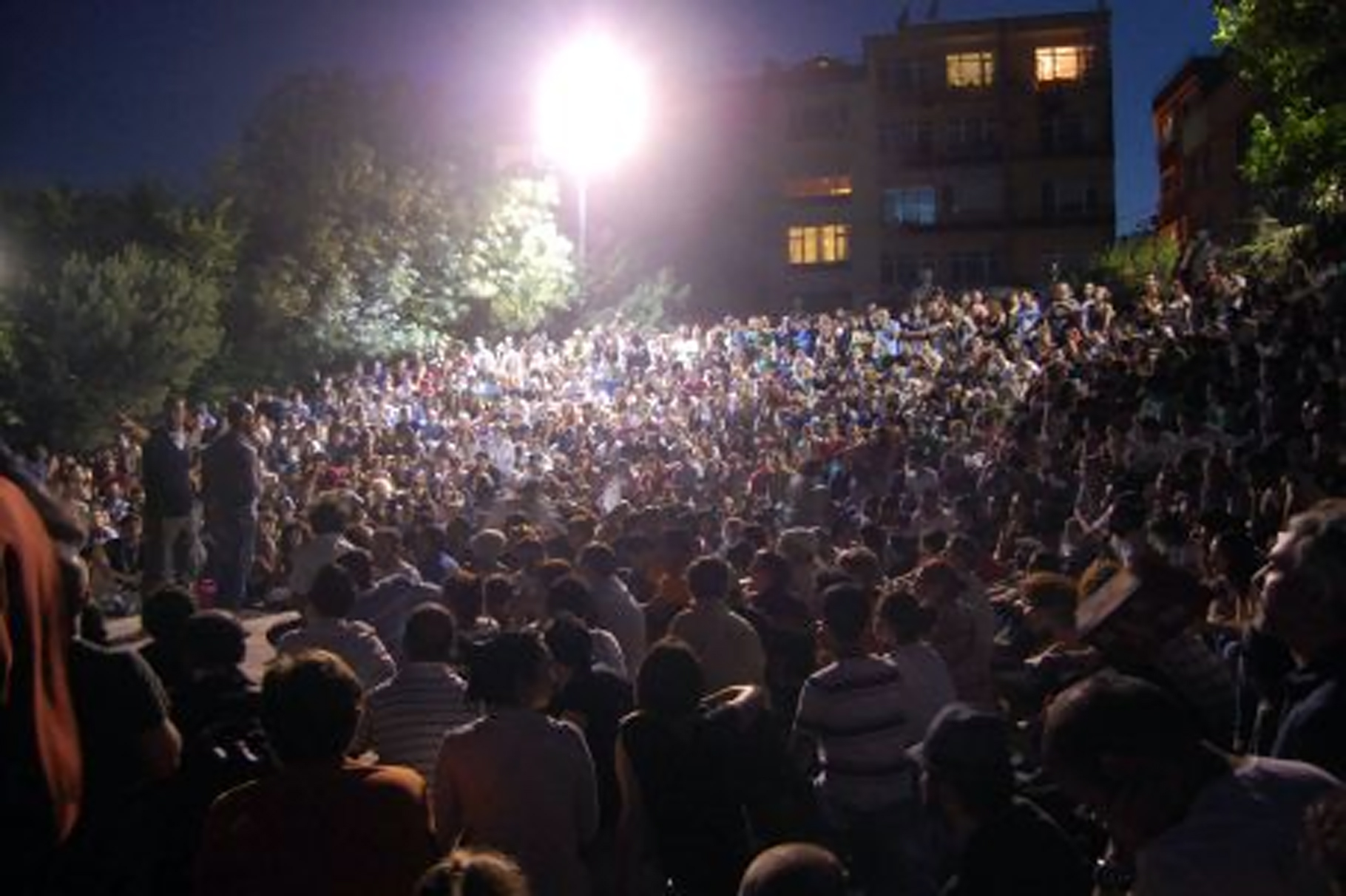 These forums made people remember the public parks again, and in relation to each other. Neighbourhood inhabitants are maintaining the parks much better than the local governments have done, they are using/ programming the parks in ways that have never been experienced before. Public parks are becoming agoras/forums of ‘direct democracy’, as was the case in Ancient Greece, and additionally women were participating. There was also a broader connotation to this movement which encouraged global reactions and participation from Brazil, USA and many other places.

Merve Bedir
Merve Bedir is a PhD candidate at Delft University of Technology and partner in L+CC. She has been working on urban transformation in Turkey intensively for the last two years.