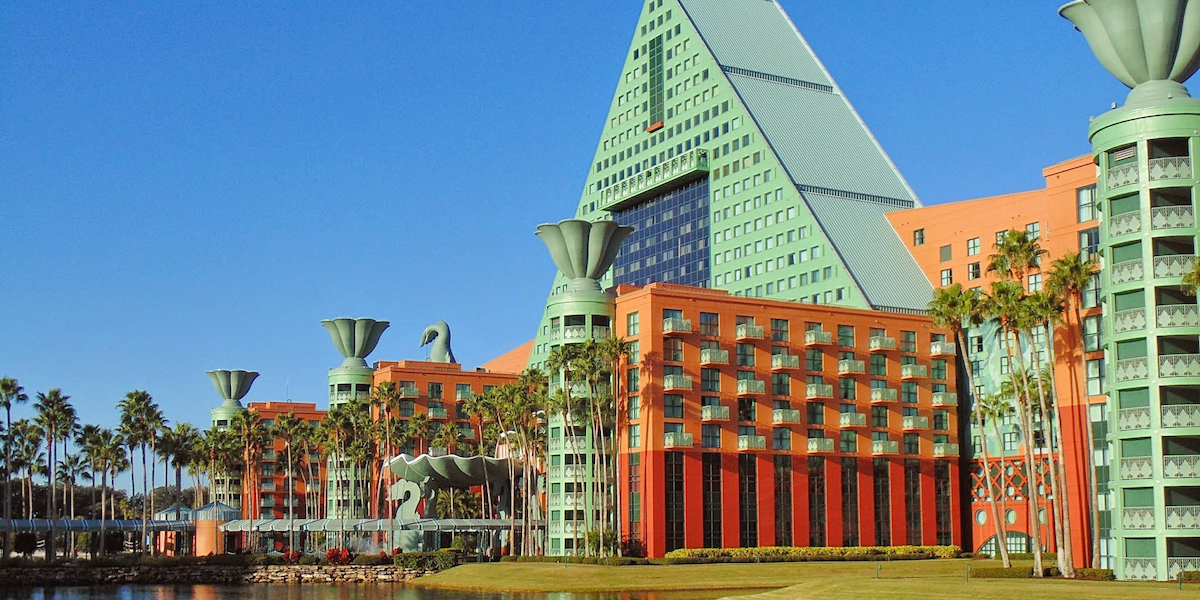 Make sure not to lag behind with those old-fashioned Brutalism-lovers!

If you are reading this, you probably already have a certain interest in architecture, but chances are that you never warmed up to those kinds of buildings from the late 70s, 80s and early 90s, generally classified as ‘Postmodern’. The architecture of these buildings is often based on a loose set of ideas that gained importance when Modernist architecture failed to reinvent itself in the 70s. Their designs often show a preference for fragmentation, provocation, irony and distorted references to historical styles. According to Sam Jacob, Postmodern architecture can also be ‘mean, sarcastic, blank, difficult, challenging, yet somehow simultaneously psychedelically positive’. And finally, its individualistic tendencies are often associated with the neoliberal, corporate turn in spatial production during the 80s.

In short, it is often difficult to like. But soon you will, for the following reasons.

1) It offers a unique chance to like something everybody else loathes. Postmodern architecture has been widely despised since it first appeared, quickly becoming a bit of a swearword. Classifying something as such is to profess it as messy, vague or lacking a coherent style or shape. By pointing out Postmodernism’s qualities to others you can now appear as an individual with unique taste. 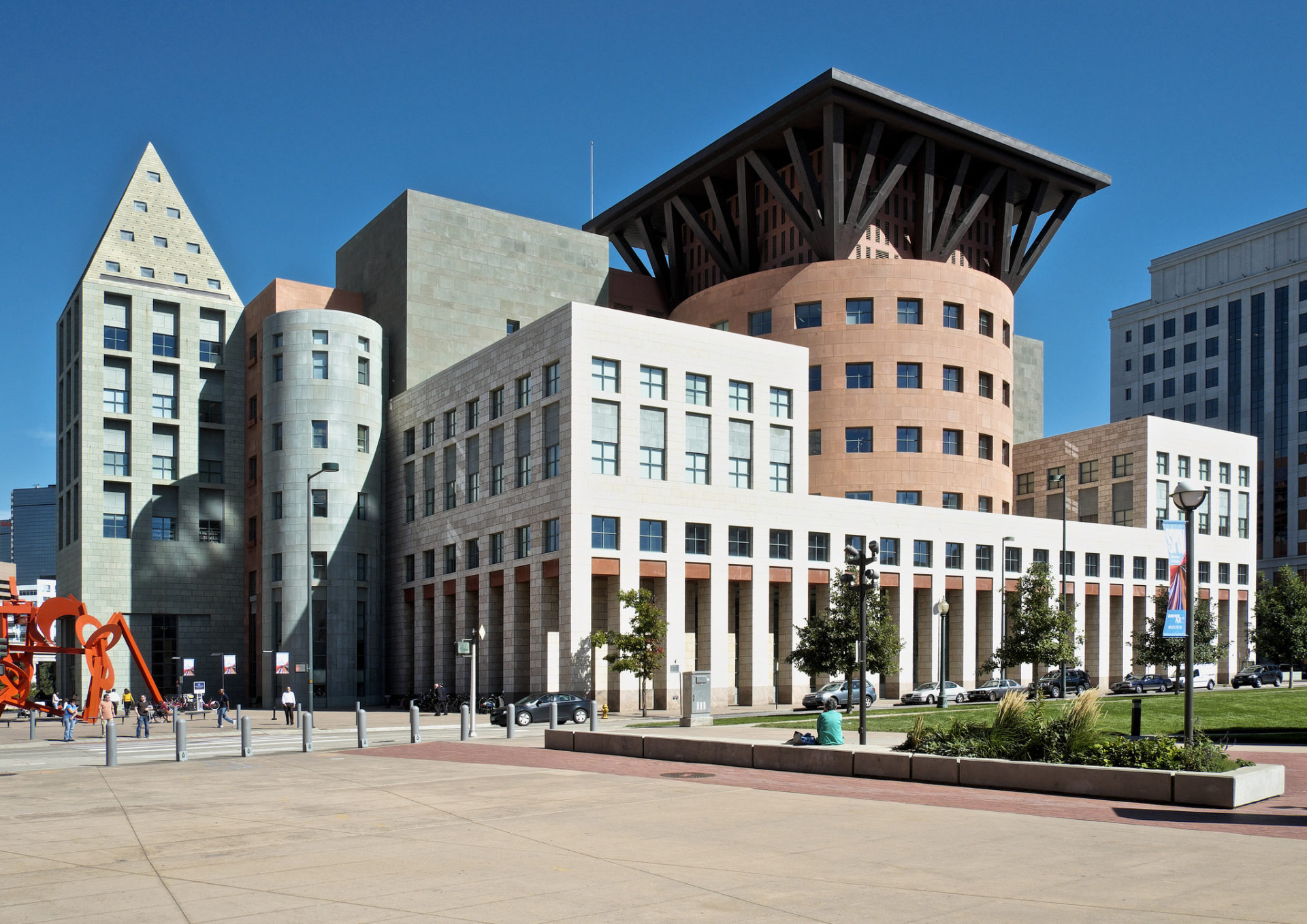 2) The obsession with Modernist – and now even with Brutalist – eye candy is over. For years, filtered Instagram photos of concrete tower blocks cluttered blogs and Facebook groups, appearing on t-shirts, mugs, and Iphone-cases. From Berlin to New York, Modernist structures were transformed into popular clubs, but now the party is over. Nobody cared about the social ideals behind Modernist architecture anyway. It is time for something new. 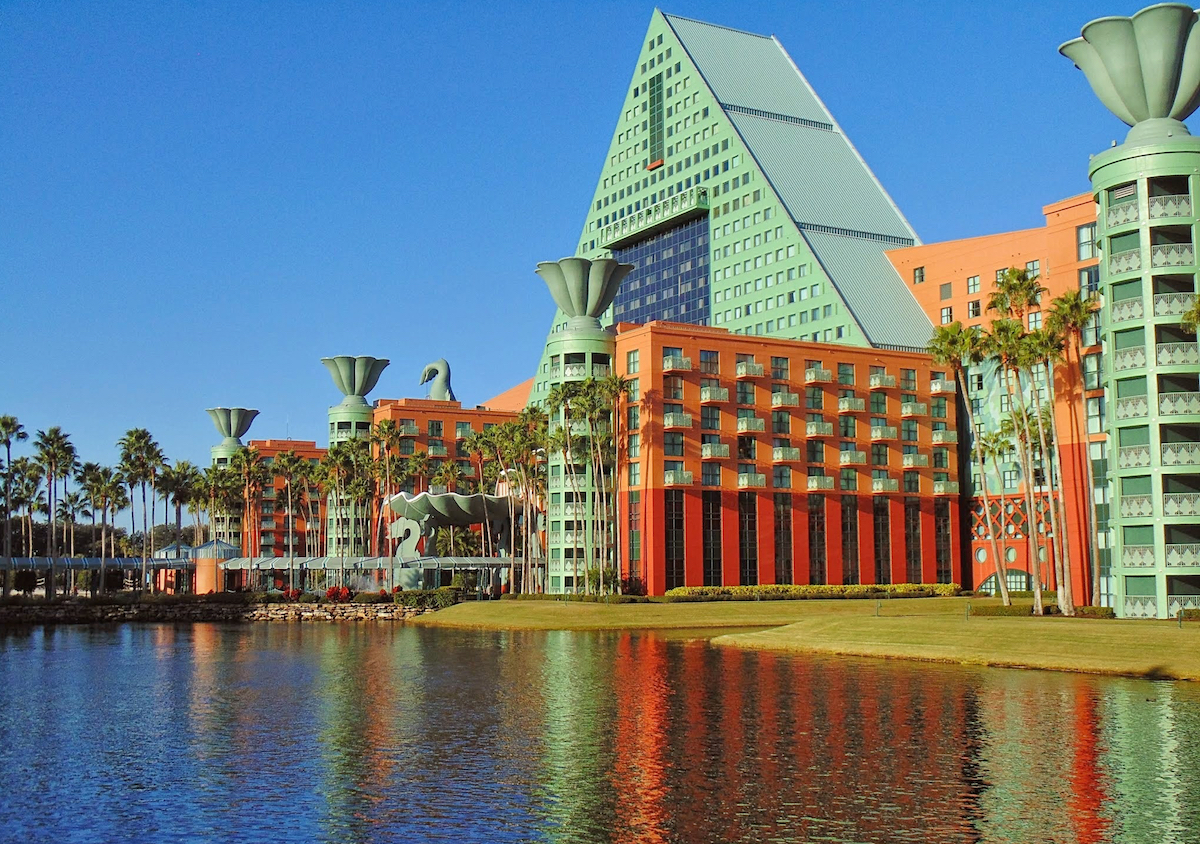 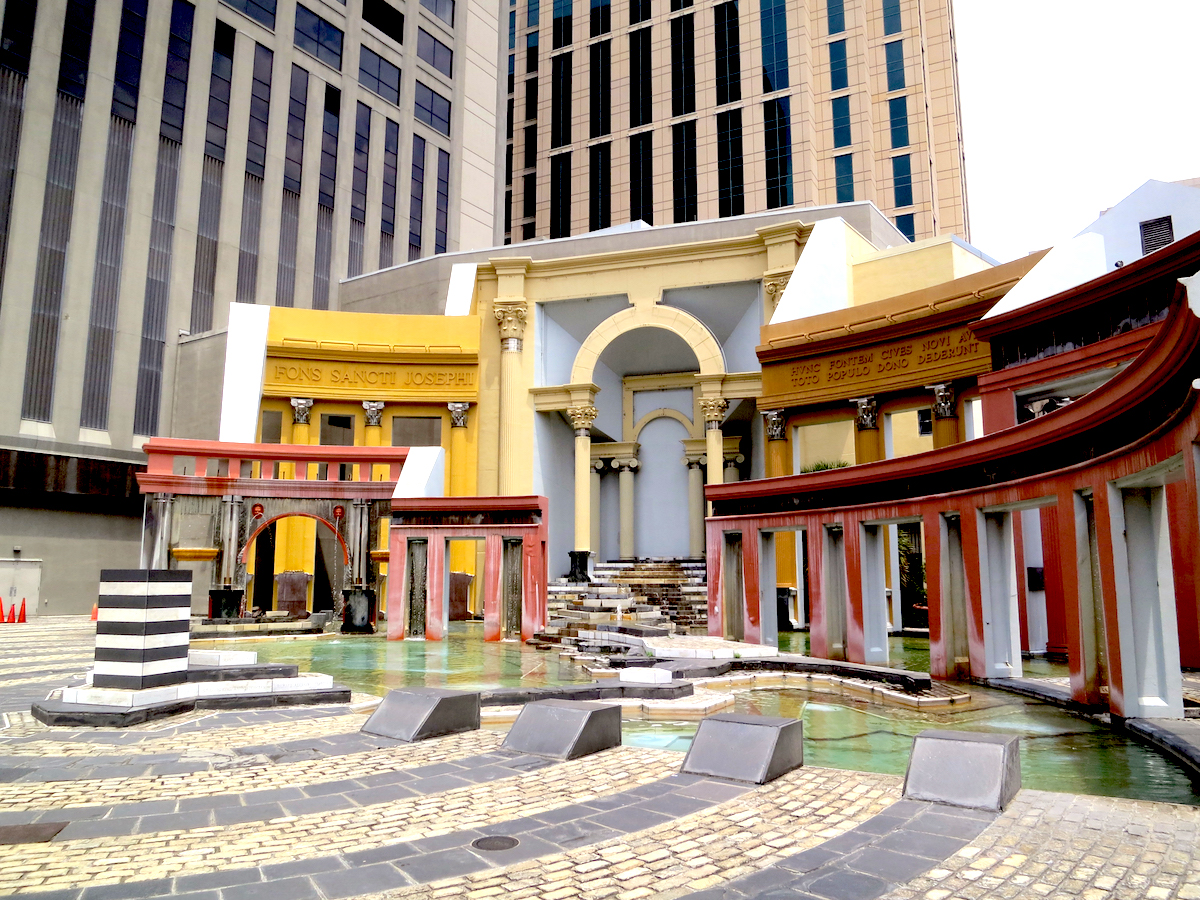 4) Postmodern buildings are getting old. They don’t feel ‘contemporary’ anymore, have recognizably been built by another generation, and are now increasingly seen as a layer of heritage for which some people have developed a certain affection. Many Postmodern buildings have been around for 25 to 35 years, approaching the end of their first life cycle. This means many of them are in a pretty bad shape (which looks good on your ironic Instagram photos) and are increasingly in need of a thorough renovation. As the owner is waiting for the right moment to convert or demolish the building, he might just be willing to loan the place to your pop-up cultural initiative. 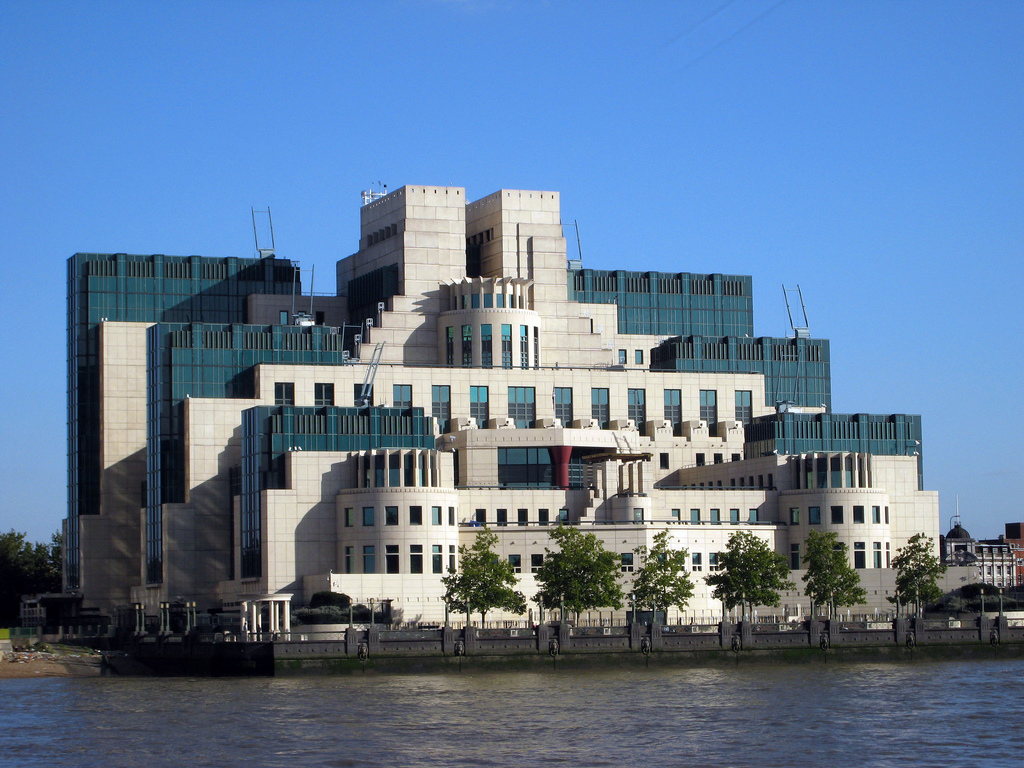 5) Apartments in Postmodern buildings often come cheap. Most historical styles are very much appreciated, which makes them often quite expensive. Even the Modernist developments that were hated for so long have now become fancy must-haves. Apartments in buildings such as London’s brutalist Trellick tower easily make £700k. Postmodern buildings are still predominantly seen as ‘new’ and ‘ugly’, and with many of them in a bad shape they are often still affordable. 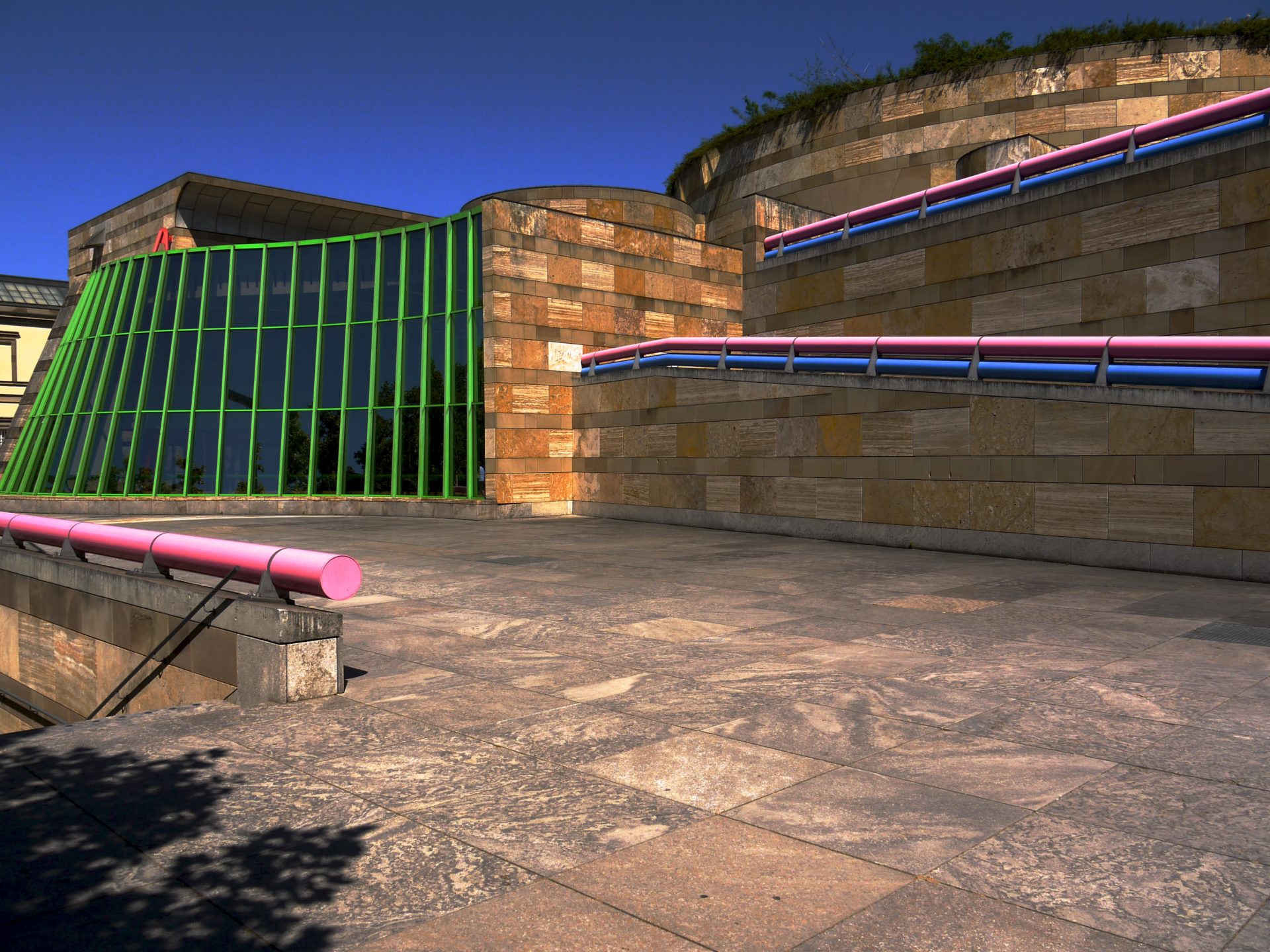 6) Postmodern architecture is rapidly disappearing. As the buildings age, they are in need of thorough check-ups, and with their original occupants having moved out, owners often prefer to demolish them rather than spend money on expensive renovations. They would rather tear down the ironic provocation and build something from scratch. When a Postmodern building is about to be demolished, you can tweet something passionate about it. And, as more buildings are demolished, they are rarer, and therefore more interesting. 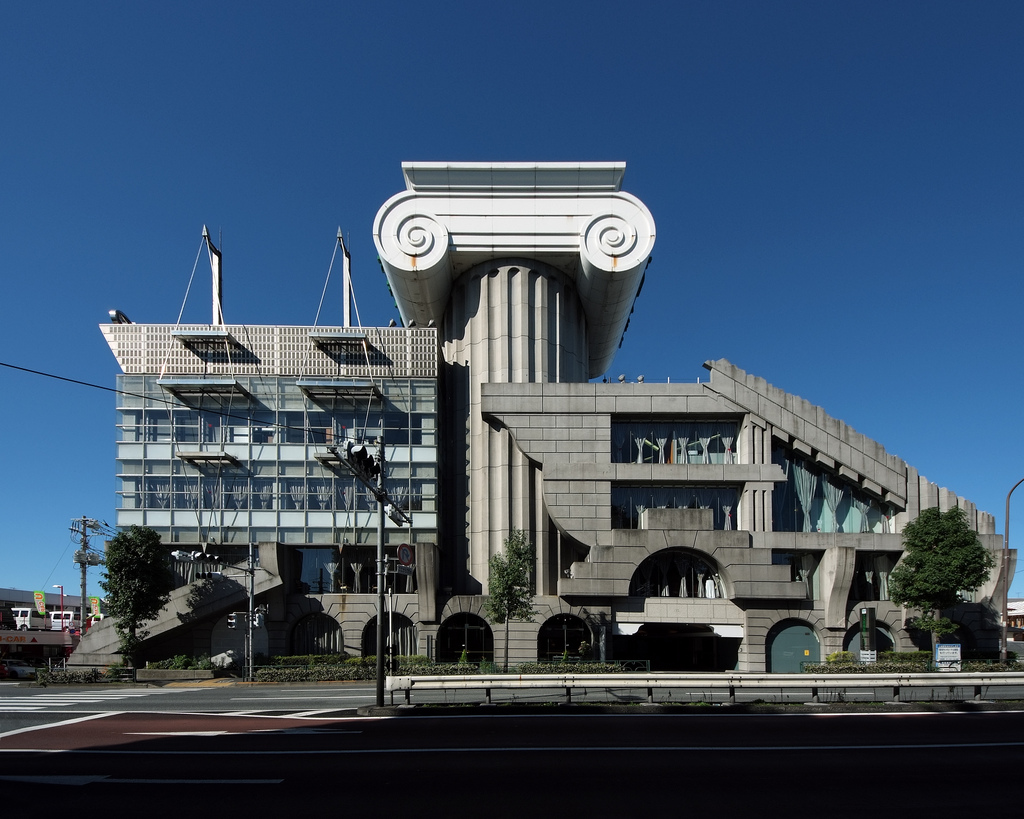 7) The rest of the world likes it. Wherever you go, eclectic-historic-ironic buildings are in fashion. From Mecca to Beijing, constructions are going up that could easily pass for Postmodern, although it is doubtful whether their architects see themselves as the successors of a now historical, mostly Western style. With global power struggles rapidly changing the world’s center of gravity in terms of fashion and style, we might as well follow their lead. 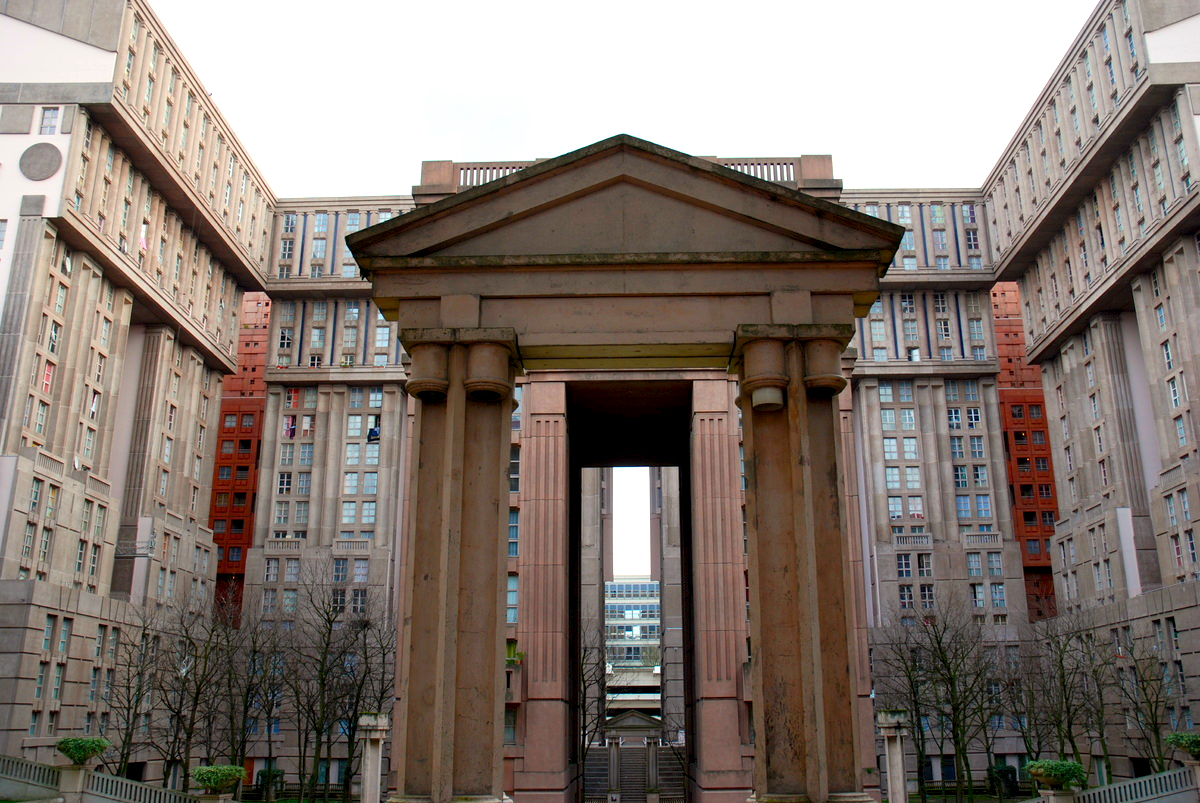 There is no way back, we are all Postmodern now. Can you stay behind? Do you really care that Postmodernism destroyed the ideals of Modernism? Come on, #architecturelovers, it is almost 2016. Go out, snap those pics and share your #pomo.

Peaux-Meaux: The Postmodern in New Orleans