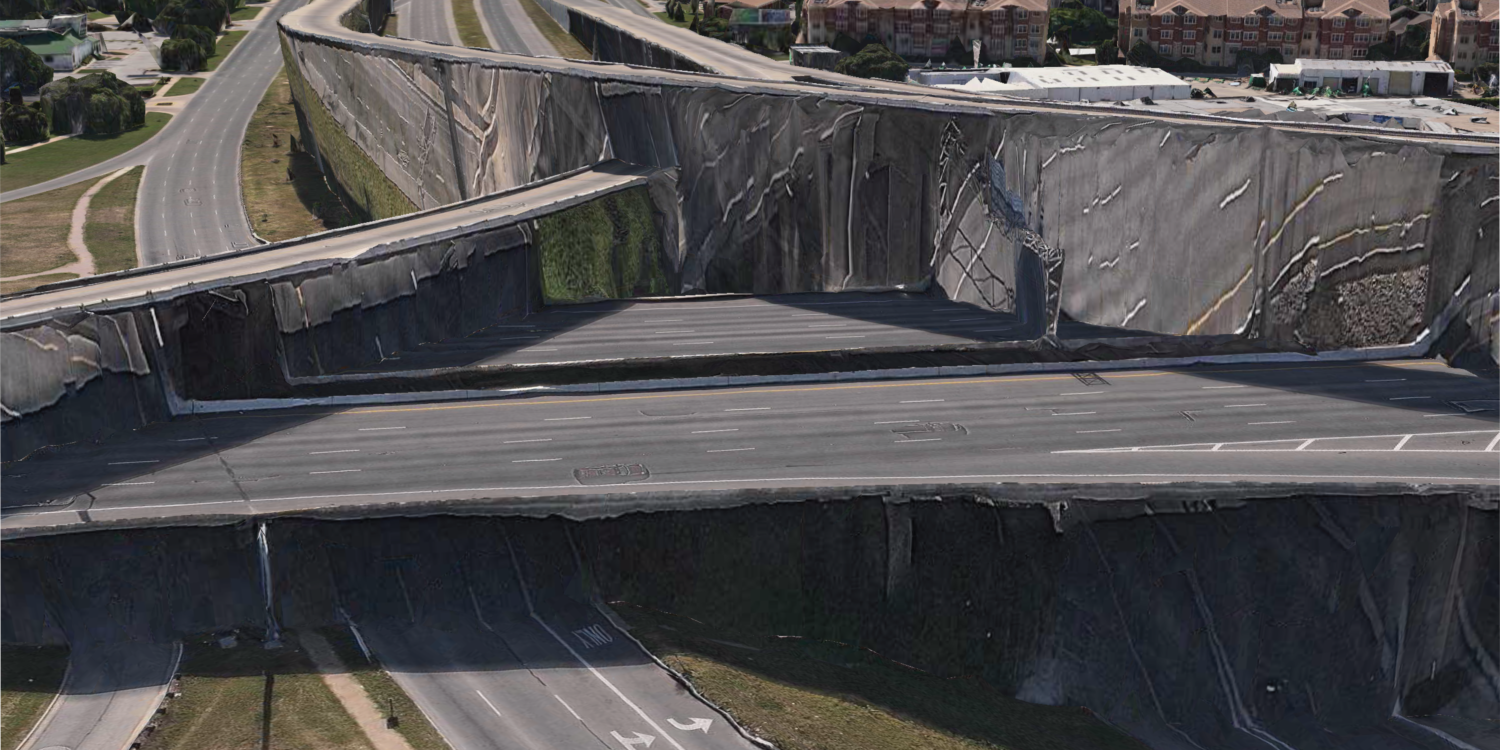 A Conversation with Keller Easterling

The architect and writer on the unstated intentions of urban spaces and what’s on the “flipside” of political ideology.

The meaning of urban spaces is often parsed by stating seemingly obvious functions, or what can be seen. Houses home people, highways are built to facilitate the easy transport of goods, and suburbs exist beyond the city centre to accommodate urban growth. For Keller Easterling, though, there is power in what can’t be seen. “Disposition” uncovers “accidental, covert, or stubborn forms of power” within urban spaces, she writes in her 2014 book Extrastatecraft: The Power of Infrastructure Space.

From golf courses and shopping centres seemingly fixed in place, to broadband cables and supply chains which circulate information and goods in perpetual motion, spaces and objects are more than just volume and geometry: they have their own active potentials. Easterling calls this form of hidden agency and temperament “disposition.” Just as a round ball and inclined plane suggest direction, disposition locates activity in a thing’s latent tendencies and its interaction with other things. Take the special economic zone (one of Easterling’s central objects of study) – a space where bureaucracy and state laws are relaxed. The zone is sold as a rational means to boost private sector investment and thus economic growth, yet in reality often entails sweatshop conditions for labourers and state support for corporate extractivism. There is a difference here between what the zone is saying and what it is doing, a distinction that remains undeclared and fluid. Disposition is a repertoire for grasping politics that refuse to cohere around a fixed position, or state their own name.

In her latest book Medium Design, Easterling turns this idea of disposition to our ways of thinking, and rehearses a set of tools to address unfolding relations in spatial and non-spatial contexts. She rejects the righteousness of manifestos and certainty of ideologies, urging ways of thinking better attuned to complexity and ambiguity. “Culture is good at pointing to things and calling their name but not so good at describing the relationships between things or the repertoires they enact”, she writes.

Picturing a “flip side” where there are no new master plans or right answers, Easterling eludes binaries of success and failure, right and wrong. Like writing a script or coding an operating system, designing mediums determines what becomes seeable, and sayable. Medium Design throws out habitual modes of apprehending power in architecture and politics and instead explores these chemistries as they unfold through indeterminate forms, leaving space for an opening. 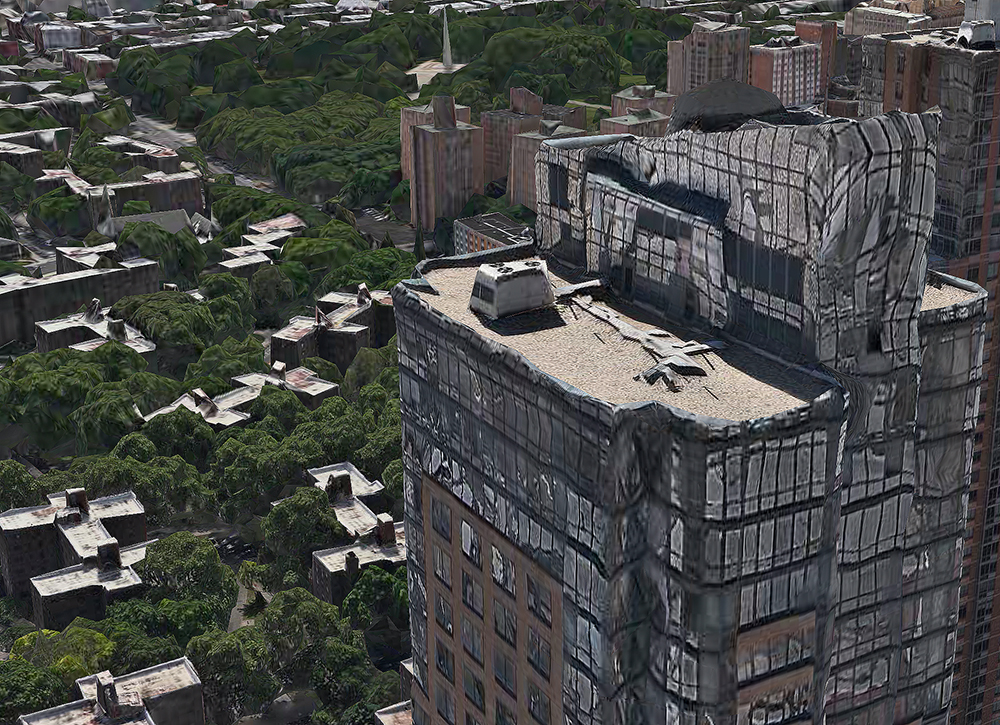 Hettie O’Brien: Your recent book Medium Design acknowledges a political flipside where “nothing is new and nothing is right, and there no dramatic manifestos.” Could you talk me through the connections between Medium Design and Extrastatecraft?

Keller Easterling: Extrastatecraft was a book that had evidentiary chapters interspersed with contemplative chapters. They were meant to be reagents to each other—something like a two-part epoxy that could be used together to think.

The main thing I wanted to try and communicate in Extrastatecraft was in the chapter on disposition and active form. Medium Design expands from that chapter; I had a sense I hadn’t communicated it properly and that it needed another, longer contemplation.

E: I had initially written Organization Space, which was about highways and repeatable housing formulas in the United States. I then started working on how many different kinds of repeatable spatial formulas were replicating in the world—franchises, suburbs, ports, malls, resorts, etc. That work revealed just how much space was being made in that way, and how it was moving in all directions around the world.

The research ballooned out; there was so much evidence of things to look at. And there was an underlying assumption that these spatial products were formulas through which to make money, and that they had nothing to do with the art of architecture, design and urbanism. They were designed to be ‘apolitical’, but what made them fascinating to me was that the more rational they were, the more they took on the irrational aspirations of global politics and became a pawn in these irrational games.

That’s how I got interested in thinking about these products, discovering their power, and asking questions about whether we, as architects who make spaces—the medium of this de-facto replicating polity—might be able to manipulate it.

H: In Extrastatecraft you talk about stories as a potential opening through which to destabilise and reveal the unstated intentions of infrastructural spaces We’ve been conditioned by a particular political and economic story for so long; what kind of stories can we start telling about space that would reveal its true disposition?

E: What I’m trying to say in Medium Design is that typically as designers, and in broader culture, we’re looking for the right answer. As designers we’re still very solutionist in our thinking; just like righteous activism that pretends to have the right answer, dispositionally, this may be a mistake. The chemistry of this kind of solutionist approach produces its own problems. It is very fragile. The idea of producing a ‘master plan’ doesn’t have a temporal dimension, and is not a sturdy form.

Having the right answer in our current political climate only exacerbates the violence of binary oppositions. Our sense of being right escalates this tension. I’ve been trying to think instead of forms which have another temporal dimension that allow for reactivity and a branching set of options—something like a rewiring of urban space. They aren’t vague – they’re extremely explicit – but they allow for responses to a set of changing conditions.

H: You draw on James Scott idea of the ‘hidden transcript’ that includes activities like poaching and gossip as forms of resistance. Are such small acts ever enough? What do you make of larger-scale projects such as accelerationism, which proposes reclaiming technologies and bending their dispositions towards different ends?

E: I admire the work of people who are thinking about these topics, but it seems to me that it would be a mistake in thinking to look for ultimates. Regardless of spectacularly intelligent arguments, the bending of narratives towards ultimate, teleological ends – and the shape and disposition of these arguments – doesn’t work for me. Dispositionally or structurally it seems slightly retrograde.

There are many forms of violence, and it almost seems weak to train your gun on one form of it. There isn’t one singular way in which power and authority concentrate, and there’s not one giant enemy. Such thinking leaves you open to a more dangerous situation.

H: Could you tell me more about how you build on the concept of disposition in Medium Design – and the idea of the “flip side”?

E: Extrastatecraft was trying to talk about what’s on the other side of this looping and binary thinking. We all know that we will go to bed tonight thinking about why we were right about something. Contemplating the “flip side” of these logics is an attempt to alter our common habits of mind, and the way in which we’ve been trained to use our grey matter.

Even the hippest, newest, freshest ideas still take on the structure of manifestos, of ultimates, of sci-fi utopias. While the content may be fresh, it’s being poured into an old vessel.

On the flip side of that thinking, there wouldn’t be the chance to be right. There wouldn’t be any manifestos. How do you change habits of mind, or look at the world with a different focal length? I am wondering if inverting the focus on object to focus on medium might offer fresh approaches to addressing problems.

H: Without owning up to a particular political position or ideology, don’t we risk creating urban spaces that pretend to be politics-free – for example, in the free private cities movement, which sells itself as a post-political space where ideologies are bracketed in a type of libertarian urban filter bubble?

E: Libertarianism is ideology—one that also oscillates between divergent meanings. Liberal, neoliberal or libertarian swing between wildly opposing political sentiments. Maybe the idea of being free is just as useless as the idea of being right. Freedom doesn’t make much sense when one person’s freedom robs another person of their freedom. Whenever there is a call for freedom, you’re always having to ask ‘who’s freedom is being protected?’

What if, on that flipside, nothing was free and nothing was right? The kinds of forms I’m looking at organize something more like interplays between things—interdependencies that might be more resilient.

H: But the left has always rallied around ideologies; without subscribing to a version of how we want the world to be – how it “ought” to be –  we instead describe a version of the present. Where does your position fall on this spectrum between describing the “is” and prescribing the “ought?”

Is it possible to navigate between ideologies, avoiding any one ideological vortex, as a way to garner more knowledge and provoke a more information rich set of contemplations and actions? Don’t you want to gather up knowledge and action in a structure that allows them to be more effective? I don’t often use the word “ought,” but I am always trying to find ways to make organizations and environments more information-rich as a way of countering violence—abuses and concentrations of power. This intention is allied with, not one ideology, but many philosophical discourses and sentiments. In design practice, it is frustrating when effort is poured into an ideological structure that dispositionally forecloses on the very thing it wants to change .

Keller Easterling is an architect, theorist, writer and Professor at Yale University School of Architecture. She is the author of Extrastatecraft: The Power of Infrastructure Space (2014), Enduring Innocence: Global Architecture and Its Political Masquerades (2005) and Organization Space: Landscapes, Highways and Houses in America (2001). Her most recent book, Medium Design, was published in January.

Often Architects Confuse Proximity to Power With Power: A Conversation with Marianela D’Aprile