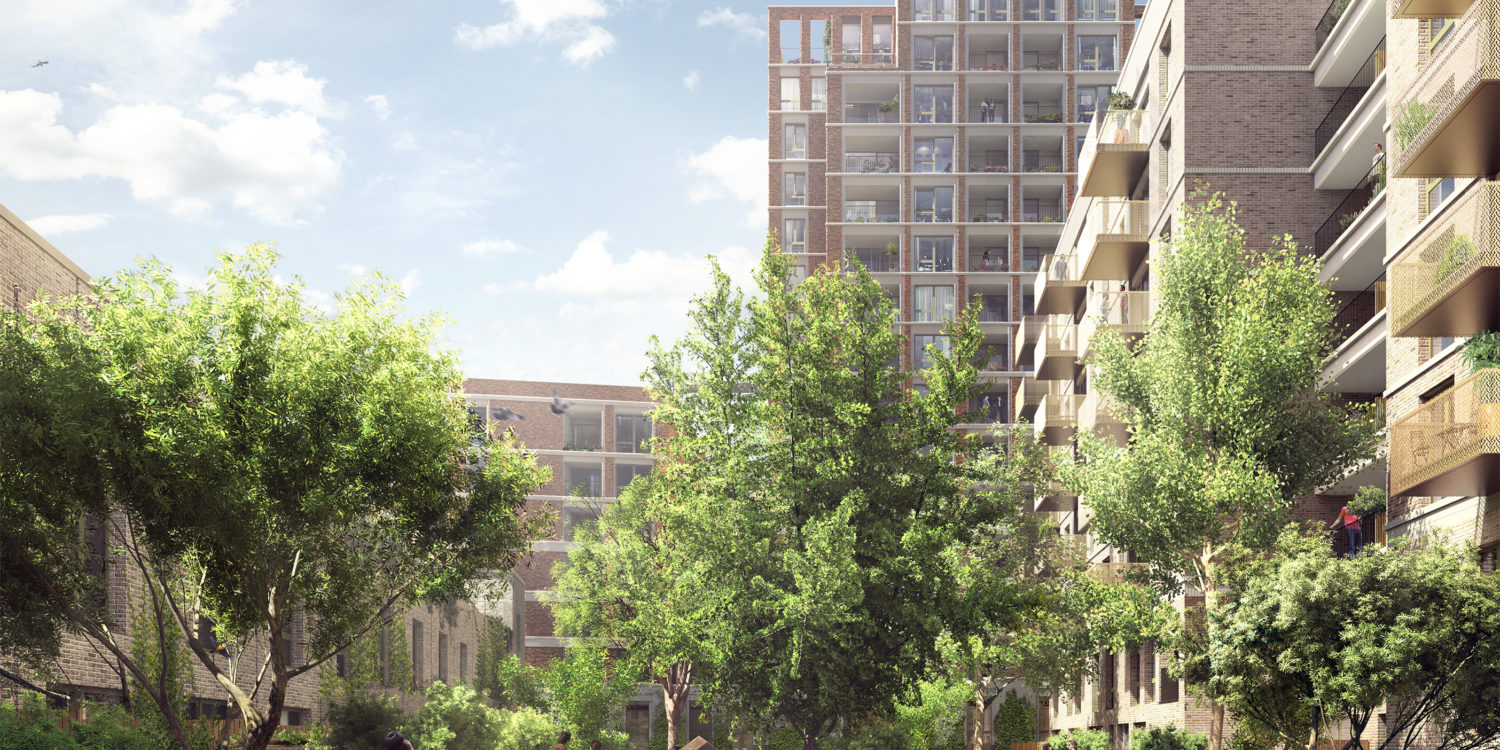 Ballard’s late-career novel, Super-Cannes, sketches a map for what lies beneath privatized urban spaces in London and beyond.

Dappled sunlight shines through the silver birch trees in Elephant Park, South East London. Children play on a grass bed ringed by a curving brick path and planted ferns. Behind them, a green-topped walkway links two multistory buildings with angular frontages and warm, earth-coloured brickwork. The effect is homely and inviting. 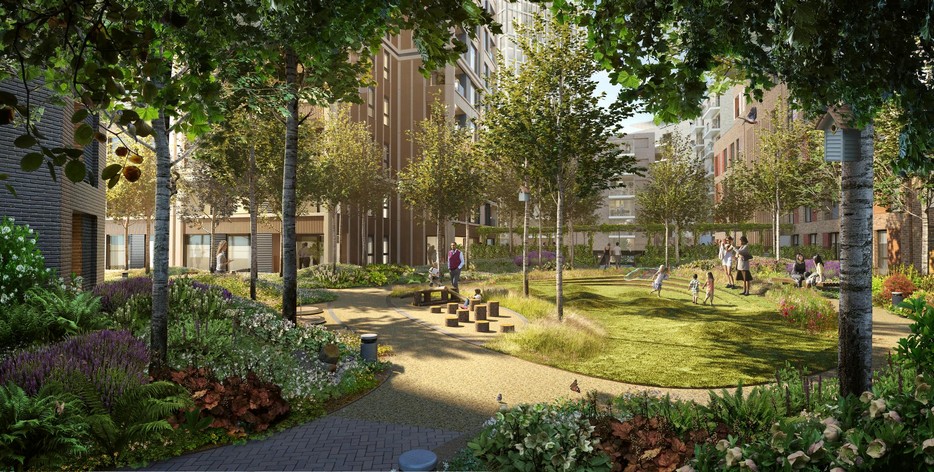 This CGI depiction looks almost real. Its digitally rendered buildings will soon be completed, replacing the Heygate Estate, a group of narrow 1970s tower blocks linked by elevated walkways once described as a gift to criminals and drug dealers in South London. Elephant Park supplants concrete cinder with a perpetually sunlit urban utopia. Developers Lendlease describe their project as a “city of the future”, a glowing sprawl of middle-class housing, shops, restaurants, and the largest park built in London for 70 years, planted with Turkish Hazel, Lime, and Oriental Crab Apple trees. 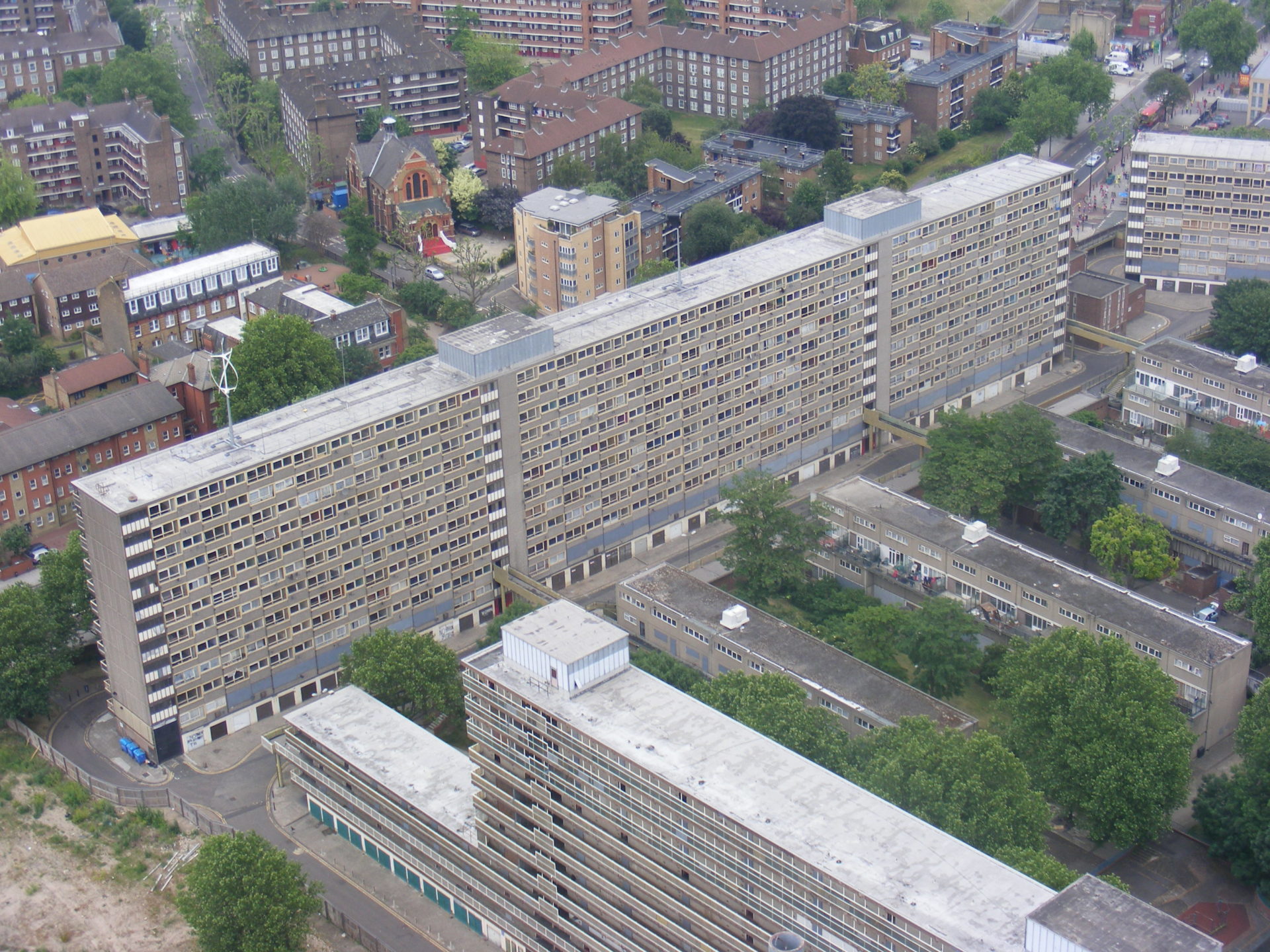 Elephant Park speaks to a type of urban development that appears on the surface to be public; the streets and central districts whose administration would once have been the preserve of the state. Now, such spaces are as likely to be developed and run by private bodies focused on redeeming capital investments. Their aesthetics can be disorienting. You could be in Elephant and Castle, or you could be in Singapore. Grafted from one global city to another, these developments uncouple space from lived experience, and reimagine the post-industrial city as unbounded from time or history. Elephant Park will be clean, safe, and anodyne. 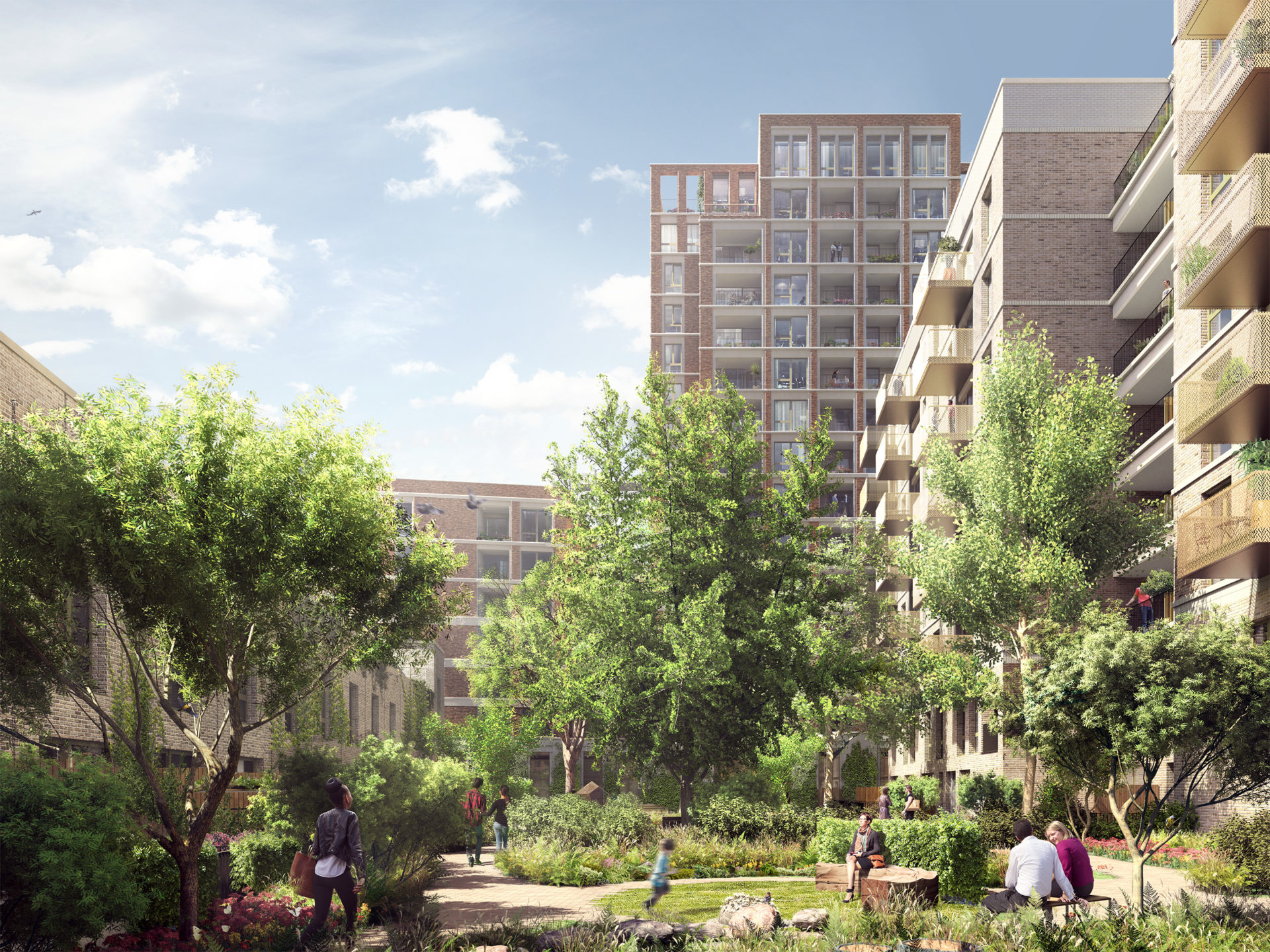 Beloved by centrist politicians, such developments offer privatized solutions to shrinking public sector budgets. Planned and administered by unelected bodies, their creation leaves corporate experts to get on with the job unimpeded by the lengthy business of democracy. But as geographers Lynn Staeheli and Don Mitchell found in New York, regeneration often excludes those without the capital to participate. While Elephant Park will be aspirational in ways the Heygate never was, its rubric of urban beautification obscures acts of violence that remain hidden from view.

Beneath Elephant Park’s attractive face lies a darker truth. Its demolition has indicted former tenants to the suburbs. Compulsory purchase notices were issued to homeowners with values insufficient to buy apartments in the new development. Residents say the council switched off lifts to eject those who stayed put. And before Elephant Park’s flats were advertised for sale in the UK, they were first showcased to foreign investors at property fairs in Singapore.

The council call the forced displacement of former social rent tenants “decanting”. This word belies a quiet violence manifest in numbers. Of the 2,704 homes in the new Elephant Park, only 82 will be marked for social rent. Of those already sold, many have become the sound investments of a non-domiciled financial elite. When cities become the preserve of private investors, forceful evictions and market forces proscribe people from the spaces they once occupied. Decanting is a means of social cleansing that reveals violence to be double-sided; illegal when perpetrated by some, but justified when deployed to remove others.

If developments like Elephant Park are the cities of the future, how will their inhabitants live? How will their expectations and worldviews be shaped by their urban environments? Science fiction suggests one inroad to the fate of the pseudo-public city that sketches a picture of the contemporary world and accelerates its worrying aspects. The author JG Ballard understood how cities shape their occupants. As political theorist Duncan Bell notes, “Ballard tried to show how we entrap ourselves, creating forms of life that leave us open to subjection, domination and alienation”. In his 2000 novel Super-Cannes, Ballard scripted a thought experiment for the corporate city based on the Sophia-Antipolis technology park that lies between Antibes and Nice in Southern France. Its residents, a professional class that voluntarily submits itself to an implacable work tempo, are the winners of capitalism. 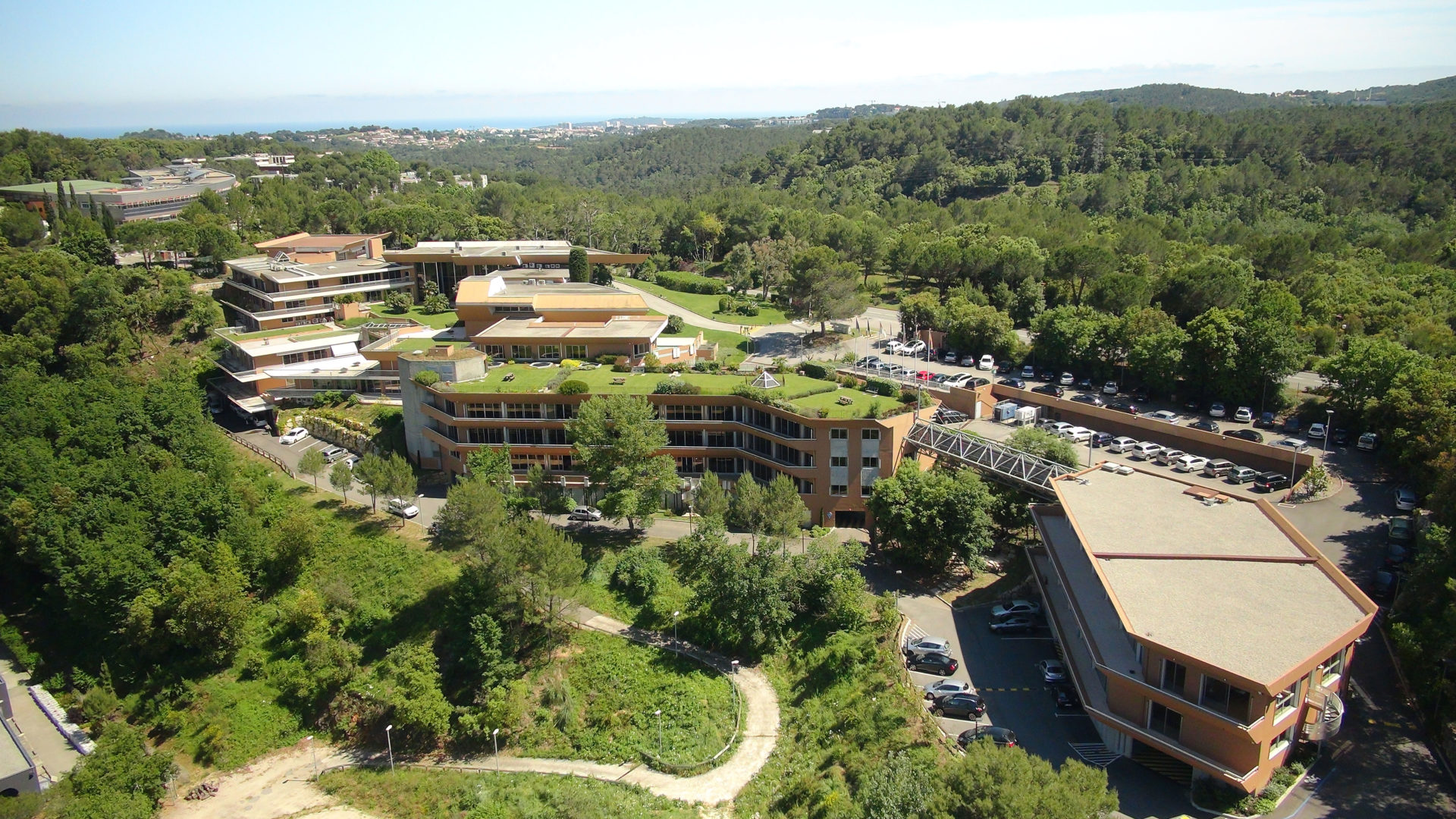 Eden-Olympia’s elite class keep busy mining clean data and optimising their professional performances through exercise and alcoholic abstention. Like Elephant Park, Eden-Olympia is an idealised home for thriving business professionals that is owned and governed by private companies. Its profits flow from the clean business of “high-grade information” distinguished from the dirty enterprise of “sweating rubber or bauxite” that characterised industrial capitalism’s pre-information age. Ballard’s park maps capitalism’s future: products are intangible, ethics are blurry, and governance is parastatal. Wilder Penrose, the psychiatrist who presides over the project, describes it as a “huge experiment in how to hothouse the future” where “old urban nightmares” have been erased through surveillance and social purification.

Mess – whether bird shit or rough sleeping – has vacated the park. Paul, the narrator whose battered sandals jar with Eden-Olympia’s business casual ethic, observes there is “no police force, no legal system”. This is a place where crime seemingly doesn’t exist. As the police chief describes, there are no cigarette stubs or bubble gum, no pine cones to trip you up or birds to dirty your car. The landscape’s eerie stillness, gun-metal office blocks and omnipresent surveillance mechanisms recall Oscar Newman’s designs to inscribe crime prevention in public architecture. Bubble gum, like broken windows, is a totem of social deviance that has long been erased.

Crime is pushed to the borders of Eden-Olympia and emerges in the provincial towns of Nice and La Bocca on the French coastline. The criminals in these places are identifiable, and “in some ways”, the police chief tells Paul, “it’s better to be like Nice or La Bocca – the lines are drawn and we cross them knowing the cost”. In Eden-Olympia, multinational corporations write the rules, and moral certainty amounts to a nostalgic remnant. “The Adolf Hitlers and Pol Pots of the future won’t walk out of the desert”, Ballard warns, but will come from “shopping malls and corporate business parks”. Here, freedom looks like swimming laps in a private pool at 5am. Residents are richer, cleaner, and more fulfilled; even the road sweepers benefit from generous equal opportunity policies premised on the fruits of a post-ideological world.

Yet a “dream of violence” hovers over Eden-Olympia’s manicured greenery. Ballard paves his plot with portents to a dark underside. The narrator finds himself compelled to commit random, destructive acts that run “counter to the entire ethos of Eden-Olympia”, where conformity is a designed-in feature. Paul enjoys the “sheer perversity” of feeling his car bumper bite into soft fibreglass and recoils at the sight of livid bruises shielded by the shirt sleeves of an Eden-Olympia executive. Crime, it turns out, is everywhere. Paedophilia, drug-smuggling and racist attacks are encouraged as a perverted form of life-hacking among inhabitants whose violent escapades are the antidote to their overwrought professional anxieties. But these sacrifices are worth it, Wilder Penrose believes, “if we produce another Bill Gates”.

Ballard sketches a drugged rubric for urban spaces where the private sector reigns sovereign. Moral questions are abdicated to the practical needs of corporate decision-makers. Questions of ought; how things ought to be done, whose demands count, and what policies serve the public interest, echo back from a status quo where generating returns on investment has become the primary dictum. Normative questions don’t get asked. The conversation has moved on, and they no longer matter. What matters is what works, and if the criminal behaviours of Eden-Olympia’s residents enable their productivity, then so be it.

This sleight of hand, shifting from the ‘ought’ to the ‘is’, reveals legality to be a contested concept that slips and slides depending on its context. Urban scholar Ananya Roy writes that the power to define legality is a tool wielded by developers to justify their claims over territory. In Ballard’s science fiction, we see how this plays out in spaces where criminality is a product consumed by those who can afford it. The boundaries of crime in this urban dystopia depend on the class you belong to.

There’s a lukewarm version of this logic extant in urban spaces like Elephant Park where returns on investment trump spatial democracy. The forceful eviction of the Heygate’s former residents reveals a subtle shift in legality and splits open the silent circumscription of public goods by private interests. In Eden-Olympia, violence is a trick in the repertoire of capitalism’s favoured class. In Elephant Park, violence is a tool deployed to remove those who cramp a particular vision of a profitable city. We need not look to Ballard’s science fiction city to see how, when private corporations craft the city, they too define our governing morality.

add comment
Gary Davies
Depends how you define 'dystopian' Diego. Are we due a twenty-first century retort to Habermas, delving into the continuing privatisation and creation of pseudo-public space within our cities?
Diego Wallis
Nothing new here, another idealization of the social estate block housing of the post war. The american suburb offered a similar clean vision, just that it wasnt located in the city, isolating it even more of the urban dynamics of a city, and yet no dystopian world came out of it.
Related