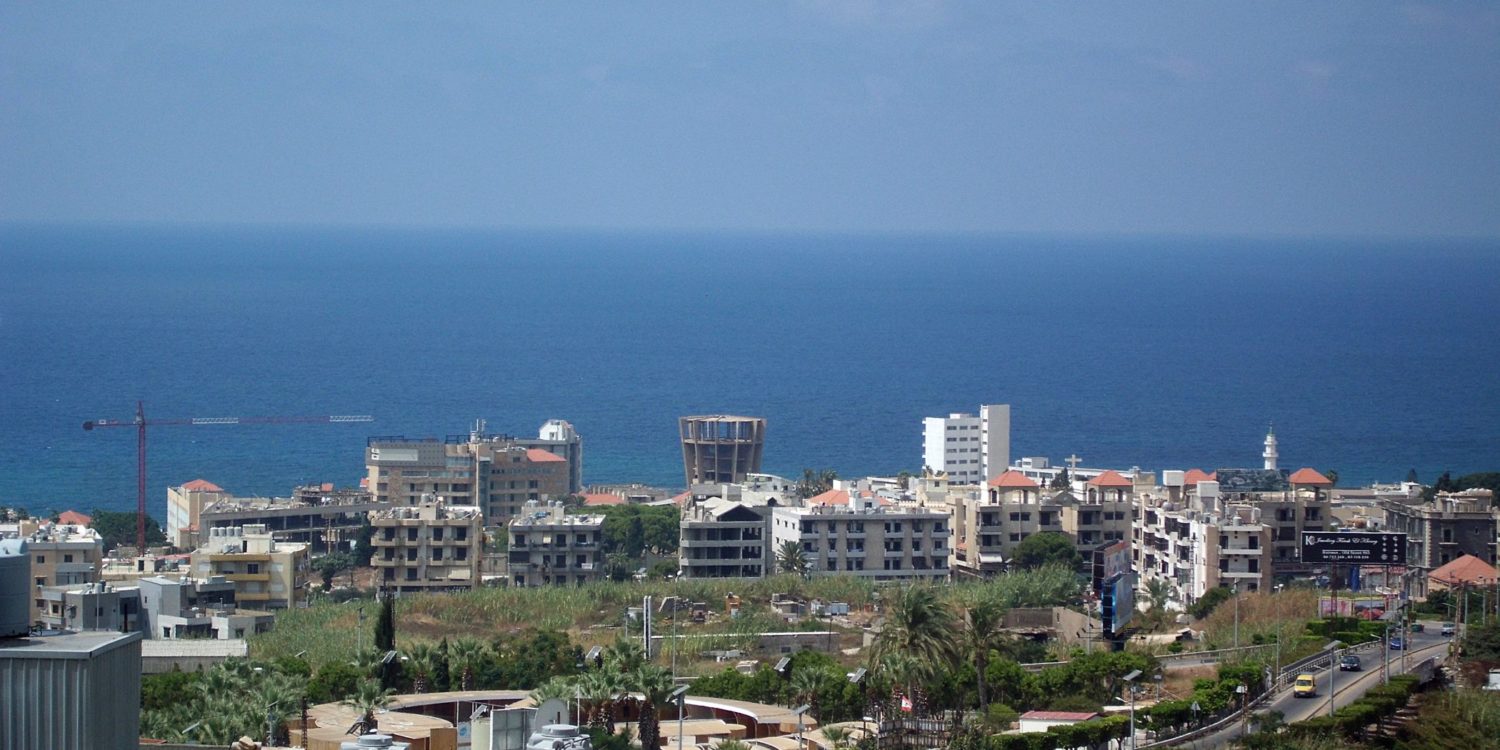 Batroun's abandoned aquarium is likely to be demolished, but signs of youthful intervention underline that there's always hope in the most irredeemable ruins.

In the 1960s, a now-abandoned structure was designed to dominate the skyline of Batroun, a city lying 40 km North of Beirut, Lebanon. Occupying a location next to the shore, the remains of this raw concrete structure have today merged into the urban fabric of the city.

Originally intended as an aquarium, construction of the building stalled due to the civil war in Lebanon, which began in 1975 and lasted until 1990. This complex war has left many physical scars on Lebanon’s built environment, the abandoned aquarium is among the more striking. 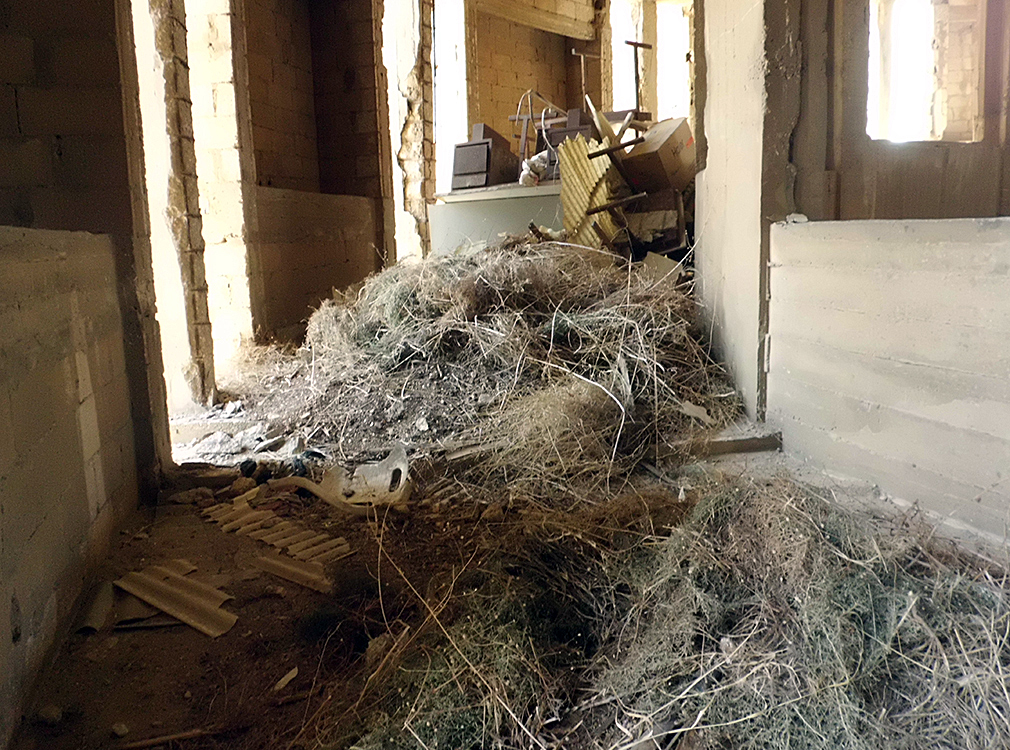 The entrance to the structure, blocked by waste. 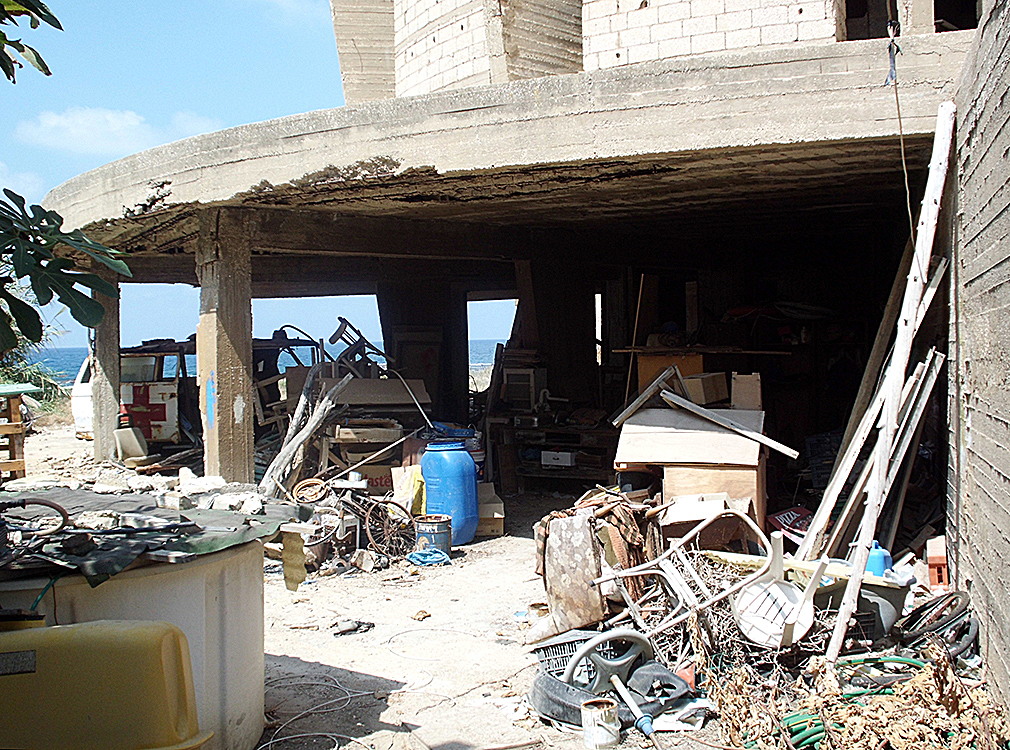 The basement to the building, transformed into a junkspace.

This aquarium tower was meant to feature a restaurant overlooking the seascape, but this was never begun. It was also part of a bigger marine complex, with an estimated area of 65,000 m2, including a three-floor maritime educational establishment, a five-floor accommodation block, an administrative building, and other facilities including fish tanks and aquaponic containers serving for fish farming, a conference room, and a domed planetarium.

Due to its relatively large scale, the aquarium is the most attractive element of the complex. Even in its unfinished state, such a looming structure has grown to become part of Batroun’s history. Its stillness stands in stark contrast to the daily disorder that characterizes the rest of the city, and its undefined nature raises compelling questions about what this collapsed territory might be used for in the future. 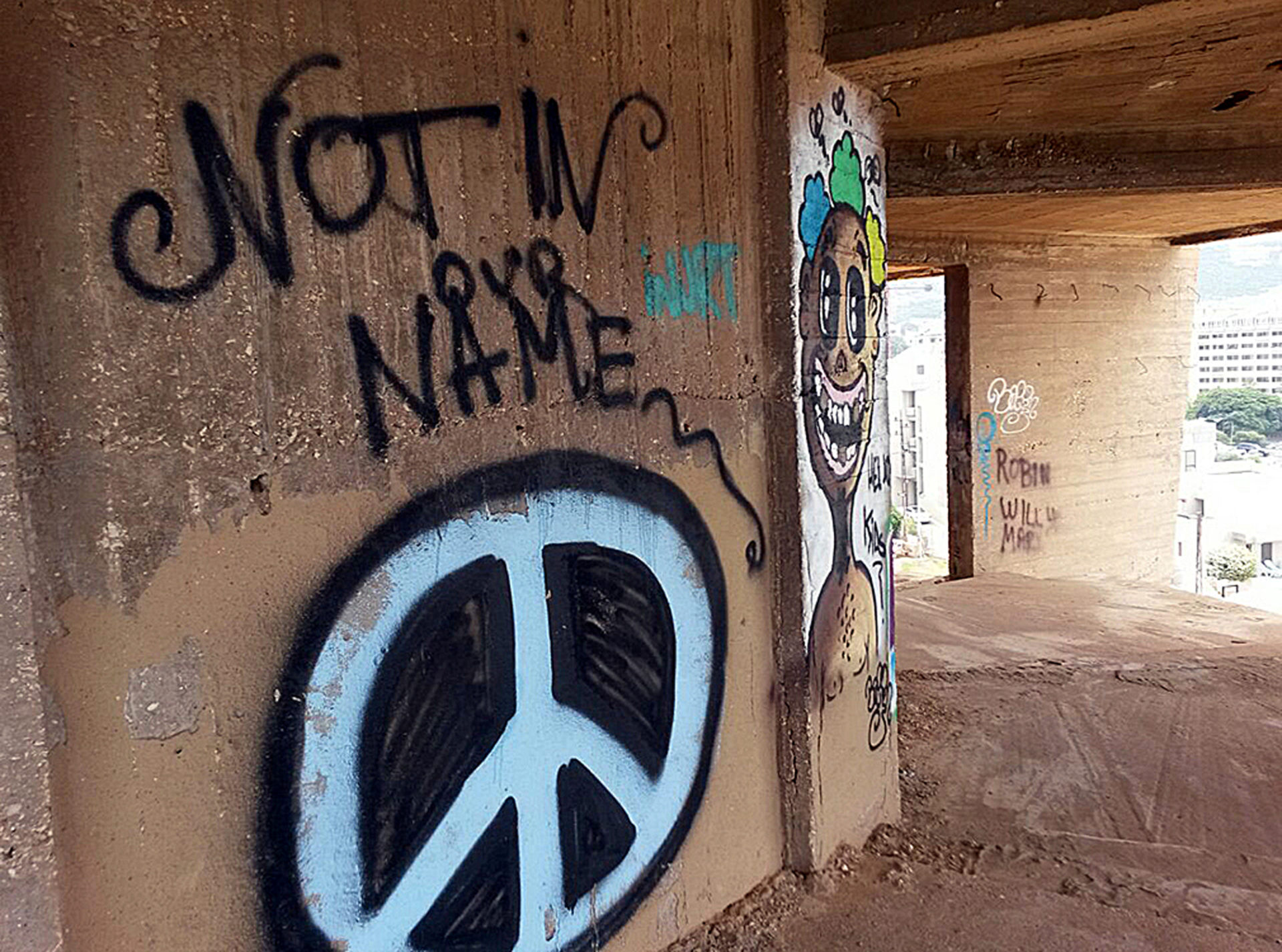 The odd bit of English-language graffiti points to a potential for the place to be reclaimed by an outward-looking, creative, and young counter-culture. 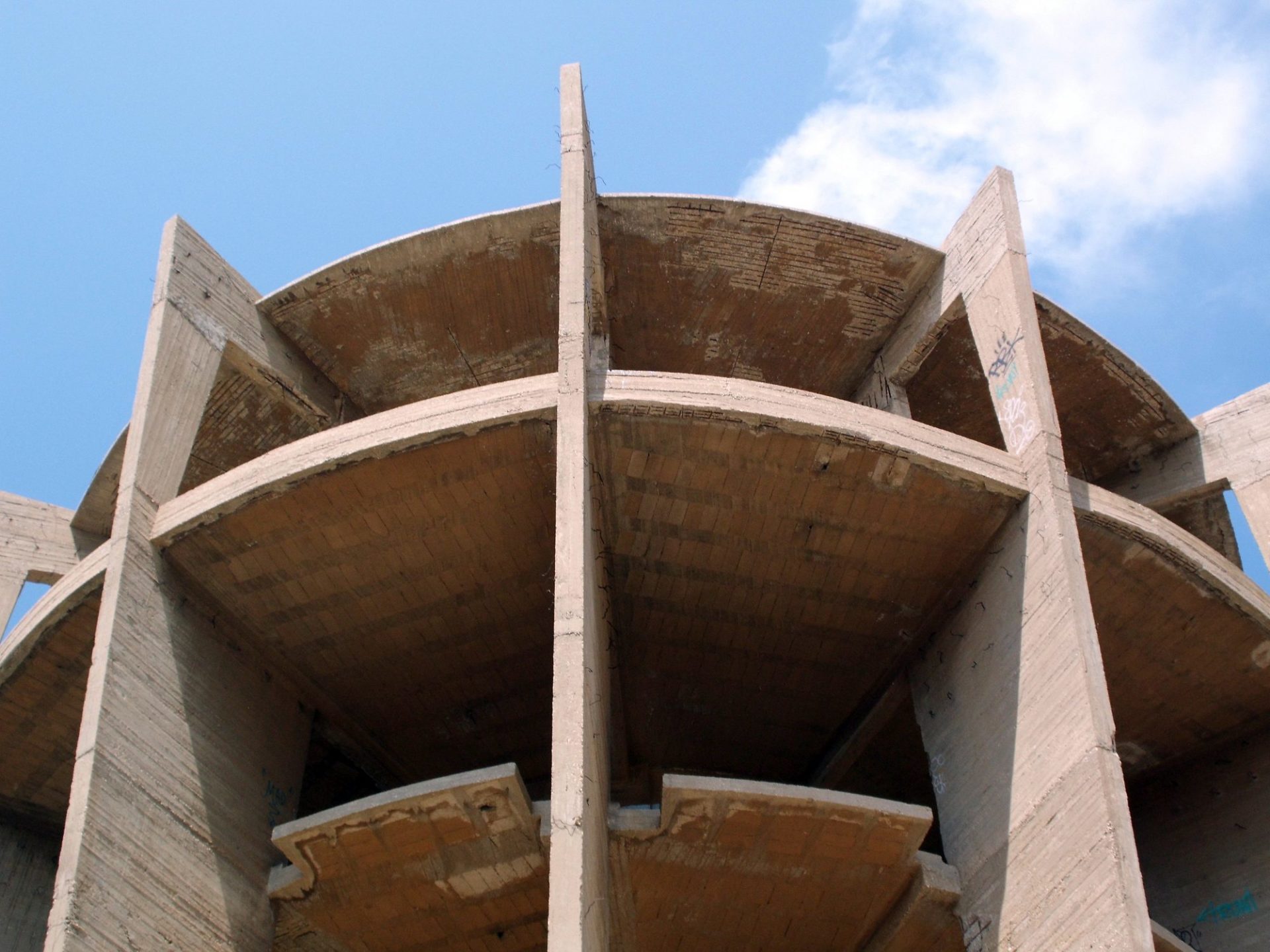 Hungry to be filled, the space inside remains undeveloped, trapped by elements of character and of different densities, with no defined boundaries or clear connotations, still hesitating in finding its own.

In August 2016, entry to this structure was closed-off, and the supposed-to-be aquarium has been left since then to degrade on the sea-edge, standing in spectacular solitude. To some people it may seem an eyesore, but to others (this author included), there is something quite mesmerizing about its monumental structure. Beyond its dereliction lies an immense beauty, something particular that beautifies the quite negative impacts of its forgotten state, an uplifting aspect to an emptiness people generally find disturbing.

Even though a guard is always posted to watch over the place, eager explorers never fail to gain entry, to both discover and photograph its deteriorating interior. The fresh, colourful graffiti that covers the building is no doubt a product of this exploration. Often written in English, such graffiti hints at the work of a younger, more globally-oriented community, who have, through these minor interventions, expressed a renewed desire to redefine the space (if only they were given half the chance). 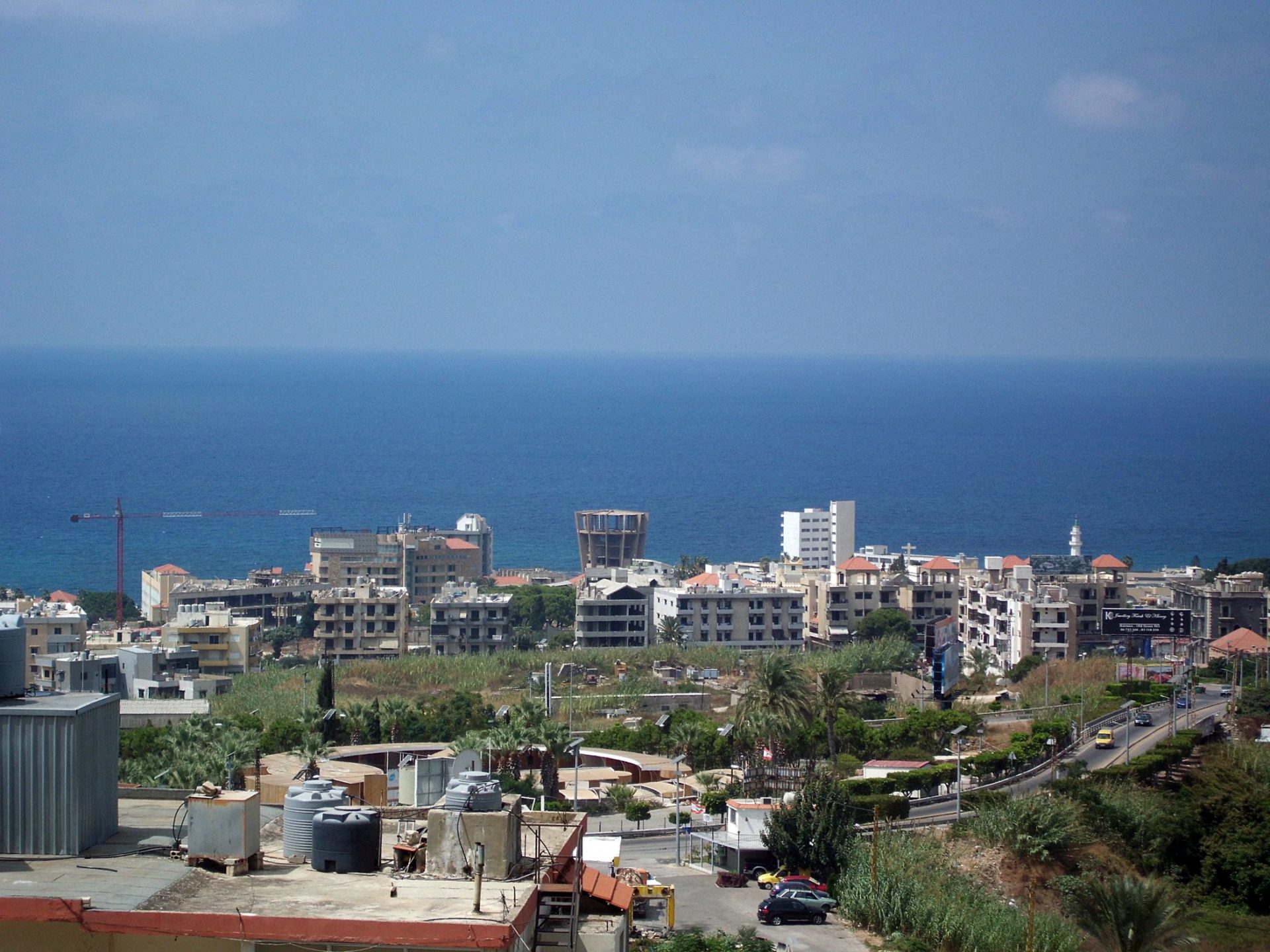 A panoramic view revealing the gaping hole that the structure creates in the cityscape. 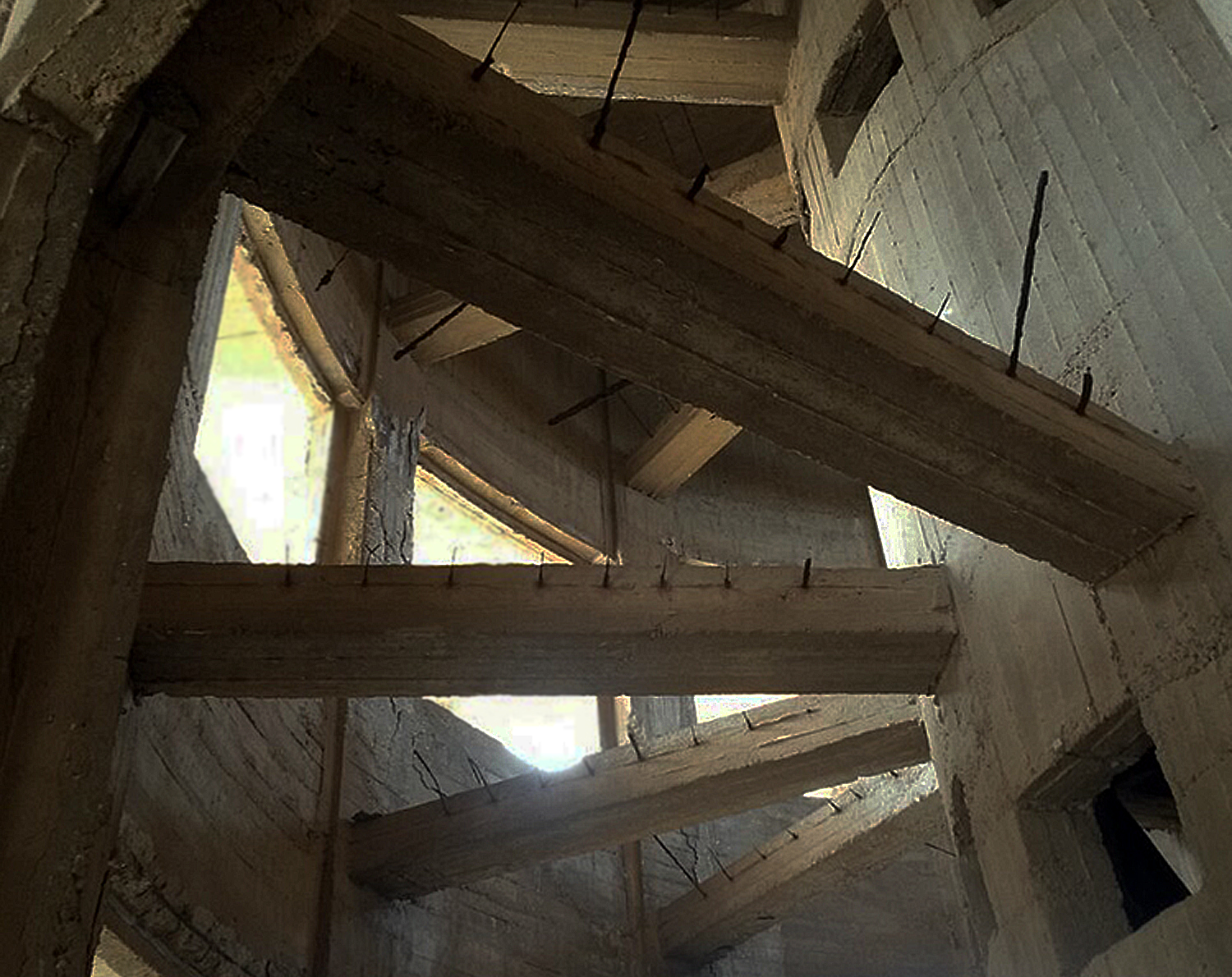 The interior forms an open vessel, with numerous attachment points feeding the body of the structure, while growing within the strictly-defined limit of the outer shell.

Alas, with little to no money available to redevelop or maintain the building, the time-lapse factor has had its effect, and nature (particularly impactful given the salt-infused sea weather the aquarium has had to endure in its shoreline position) has made it weak, with concrete and steel elements falling apart. As such, this crumbling structure is now scheduled for demolition.

With this in mind, it’s fair to wonder whether there is any point in dwelling on the continuing relevance of such a structure. But those flashes of a local youth momentarily making their own mark on the space suggest there is more hope to this story. By magnifying this aspect of the structure, we can read the likely demolition as a momentary defeat in the ongoing struggle to make architecture something that anyone is capable of defining on their own terms. In this context, such flashes always call into question any victory of the ruling market forces. 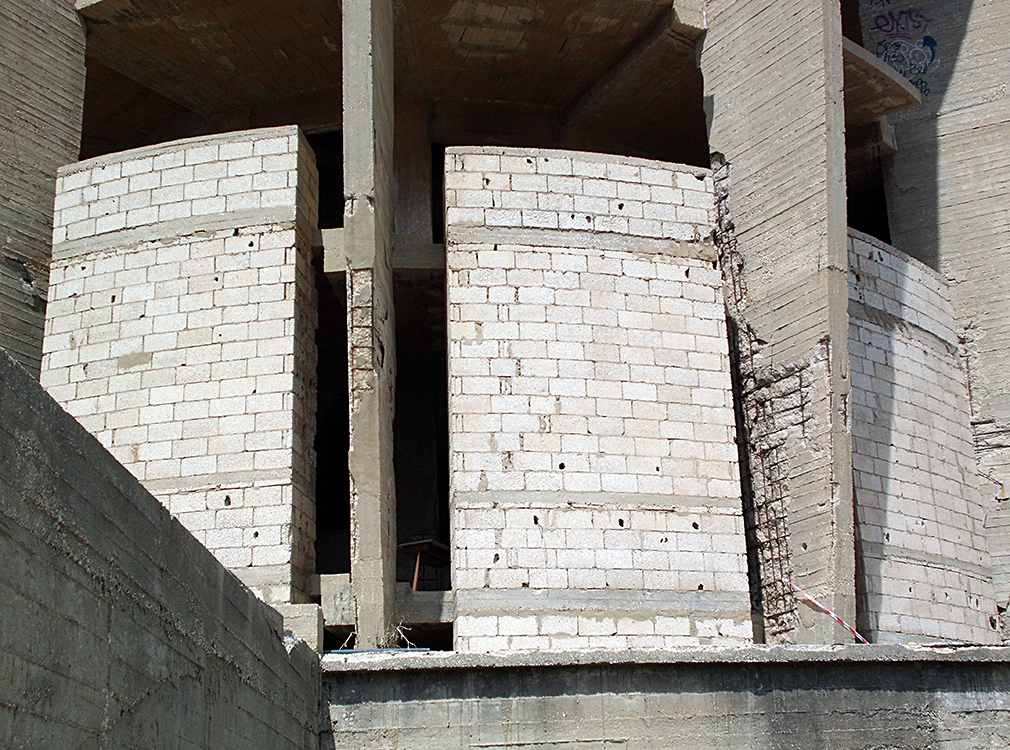 The most architectural thing about this building is its state of decay. This photo really shows the effect that nature and the passage of time has had on a structure that is left to crumble.