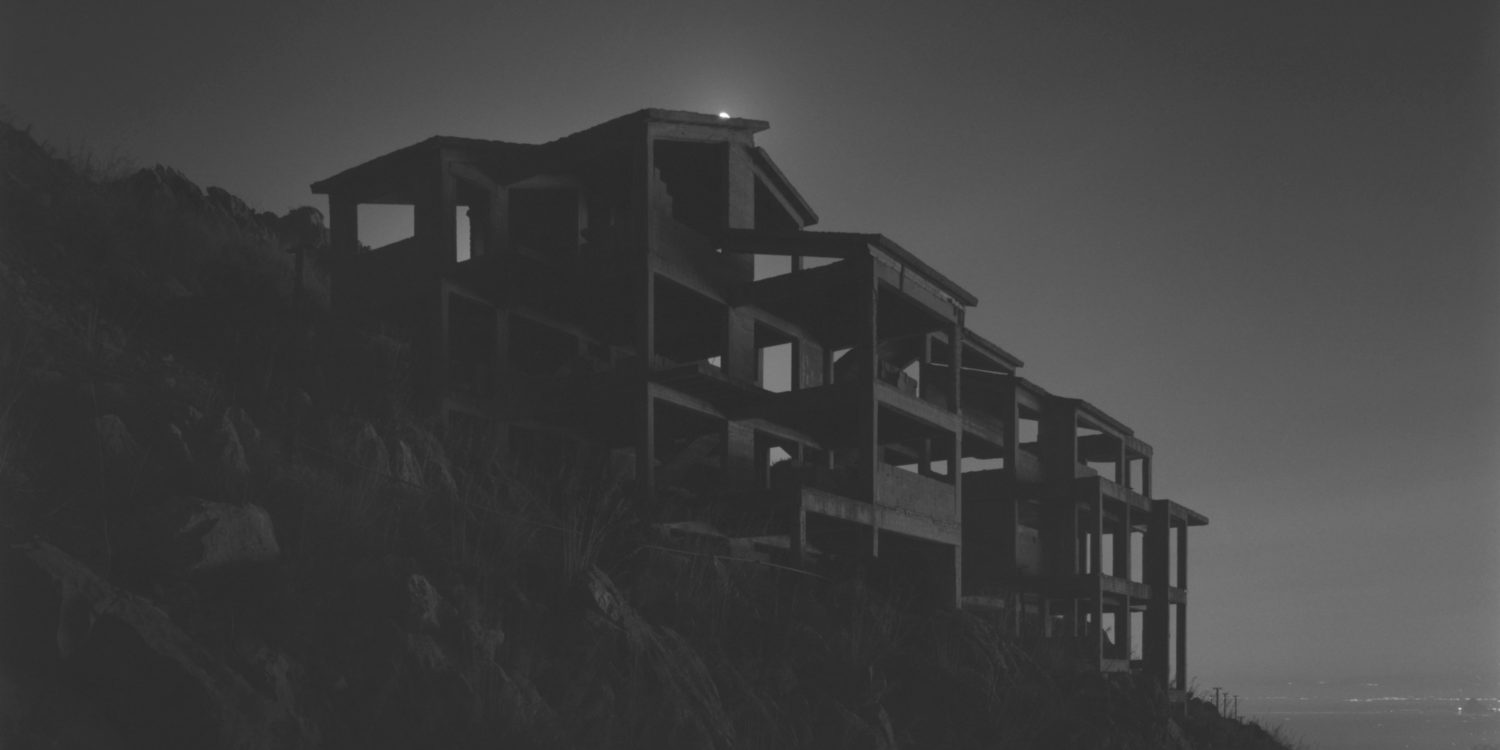 Sam Laughlin captures unfinished constructions as structures helplessly dependent on the political-economic conditions of their time.

Construction sites are good indicators of spatial dynamics. They are the physical manifestations of real estate development, fiscal systems, neighbourhood popularity, governmental planning, economic cycles and other processes. Often, these sites are part of longer-term developments.

But what if the conditions in which they are conceived change? For the series Frameworks, photographer Sam Laughlin captured unfinished structures in Italy, Spain, Britain and Germany, which represent spatial liminality – a stage between one state and another, a threshold to an unclear future.

When looking at the images, you see an ambiguous structural state that does not directly reveal the fate of the buildings. Some of the structures resemble Greek ruins, or simply look like a pile of concrete remnants, while others stand confident, waiting for their promised futures. In fact, most of the structures Laughlin photographed are ceased constructions. They are perhaps not yet architectural ruins, but instead the ruins of a collapsed political-economic system. Therefore they are modern ruins, or rather ruins of modernity, since modernity is largely founded on beliefs of progress and market economy. In that sense, Frameworks shows that trusting on never ending progress is naive, and expecting the market to fix everything is dangerous. The incentives created by both the market and political decisions are often perverse and can have unintended outcomes.

The title Frameworks is fitting for Laughlin’s series. It refers to the structures as blank canvases that could at one point be filled in with a programme and human activity. The question is whether their development will ever continue or whether the concrete compositions will be reduced to a pile of construction material again. If progress will pick up again, the canvases might be coloured in differently from how they were planned, open to a variety of possibilities. And what if you knew that these structures were on their way to become the ‘blandscapes’ of the contemporary city, would they still be as captivating?

In another way, Frameworks can refer to the way in which these ‘instant ruins’ are helplessly dependent on the economic, political and cultural frameworks of their time. Laughlin’s work is critical, as well as informative and poetic. Since the photographs were taken at night, they detach the buildings even more from their spatial and temporal contexts. Frameworks is an ongoing series that will be expanded in the near future. 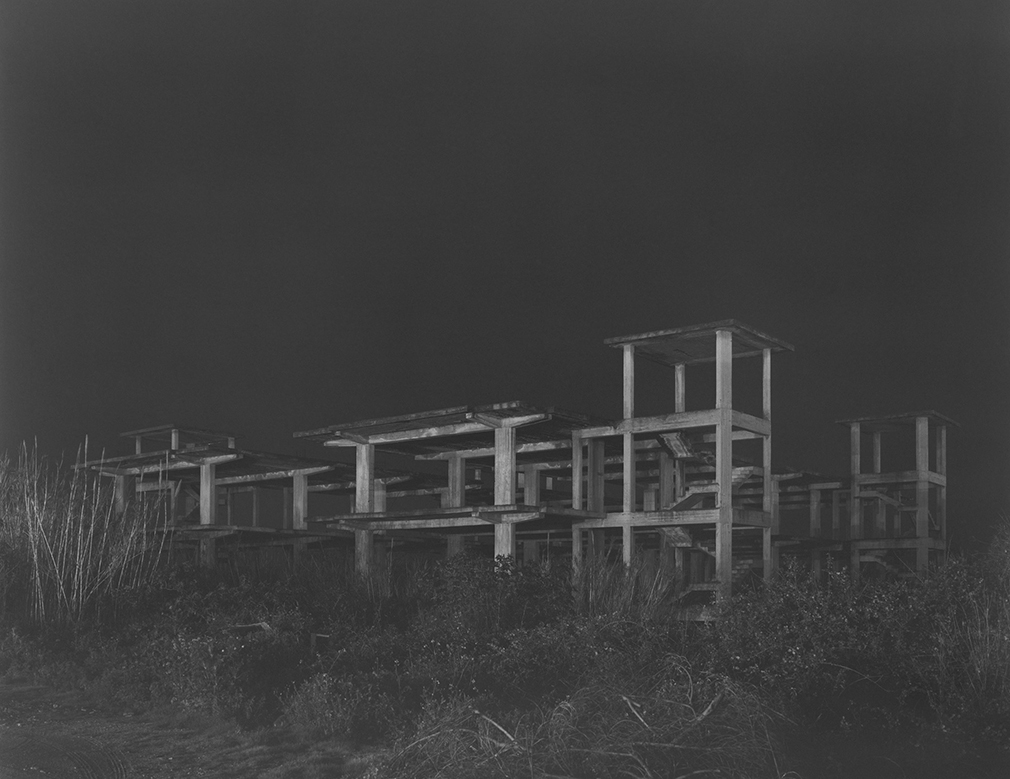 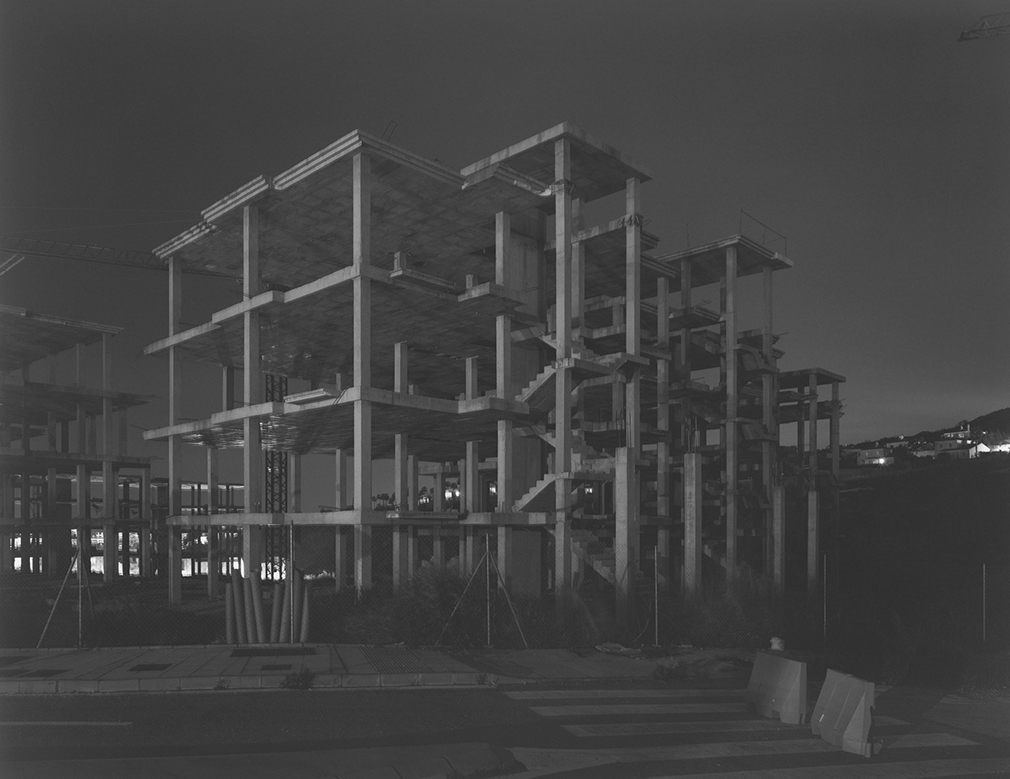 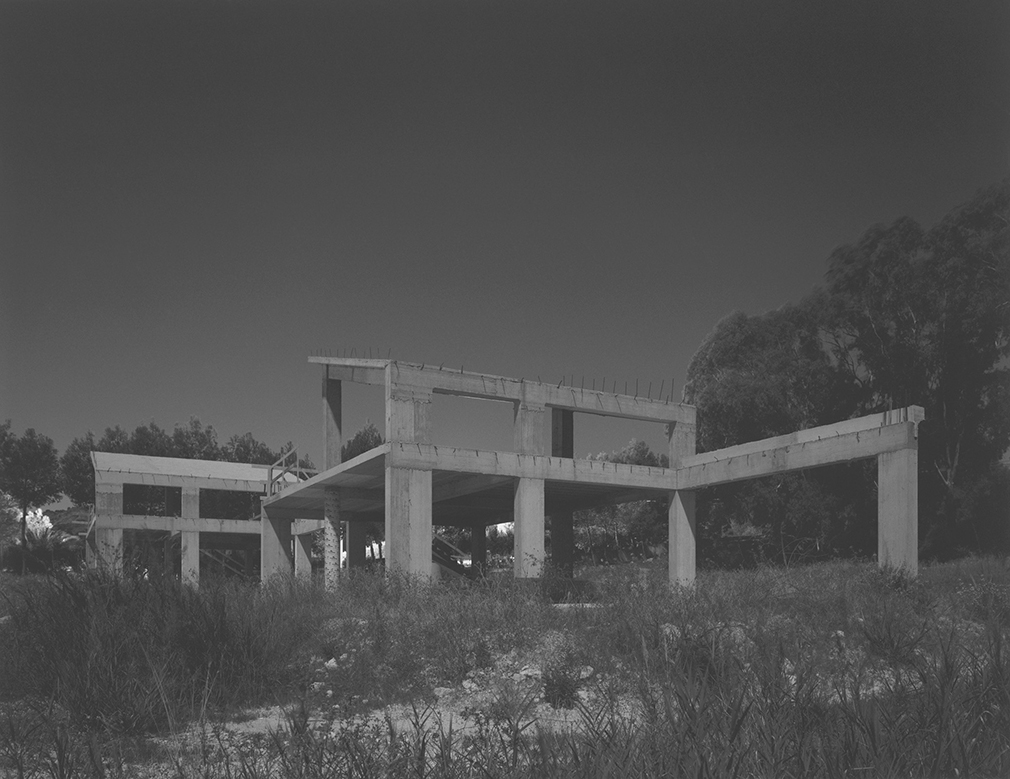 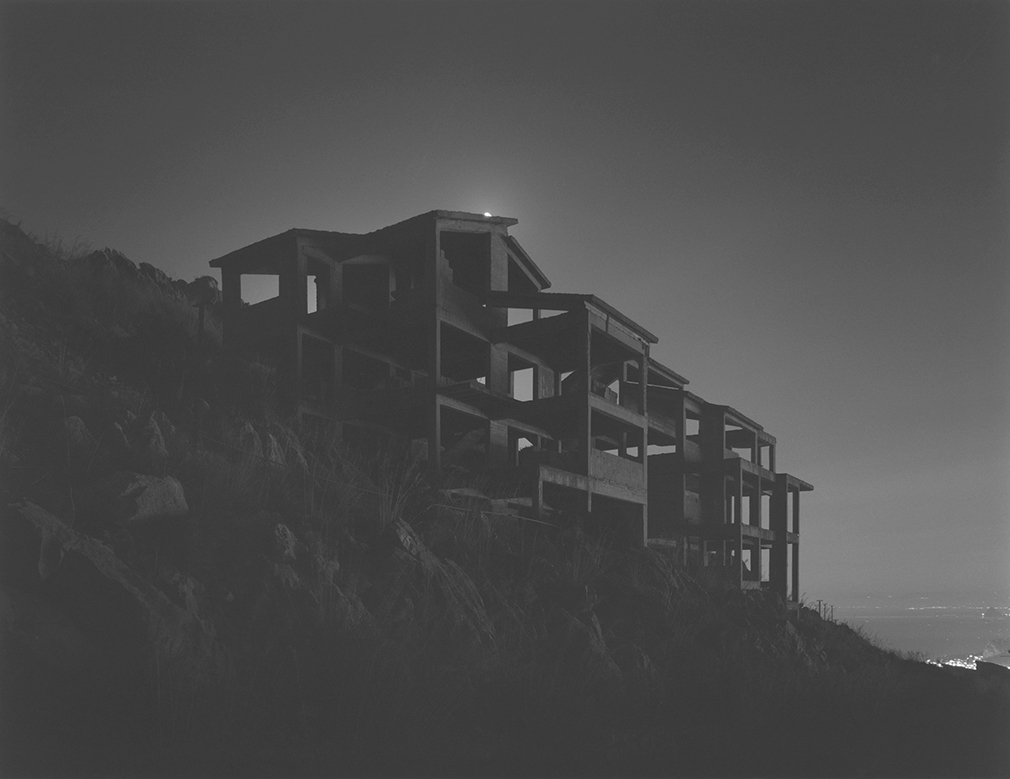 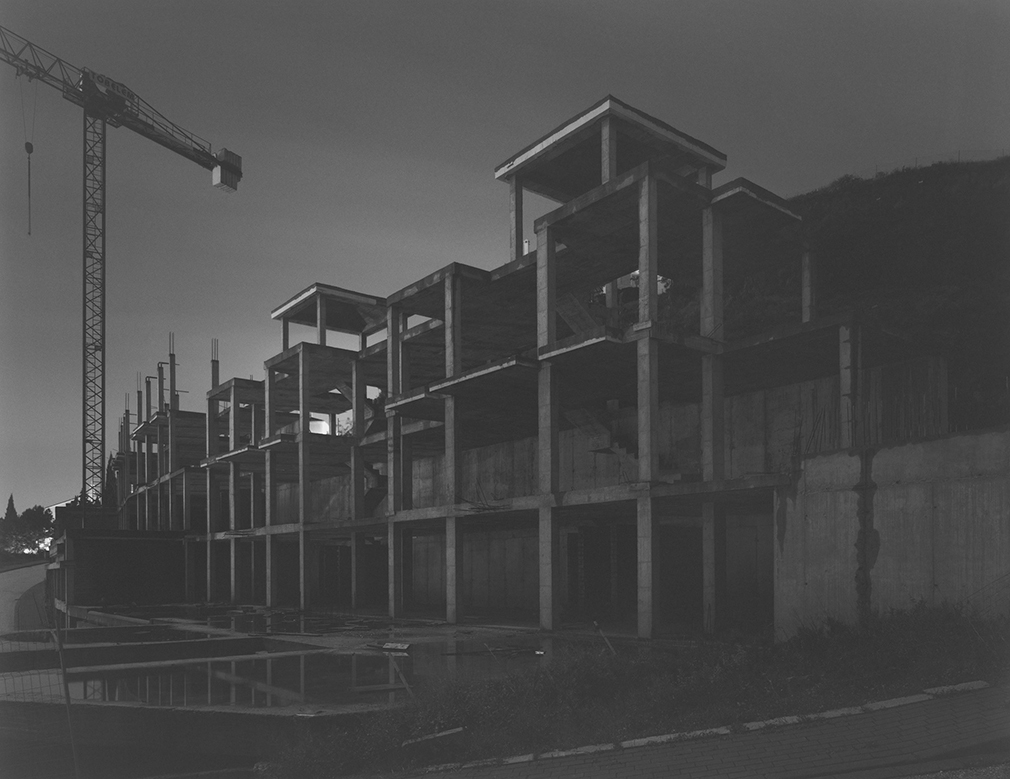 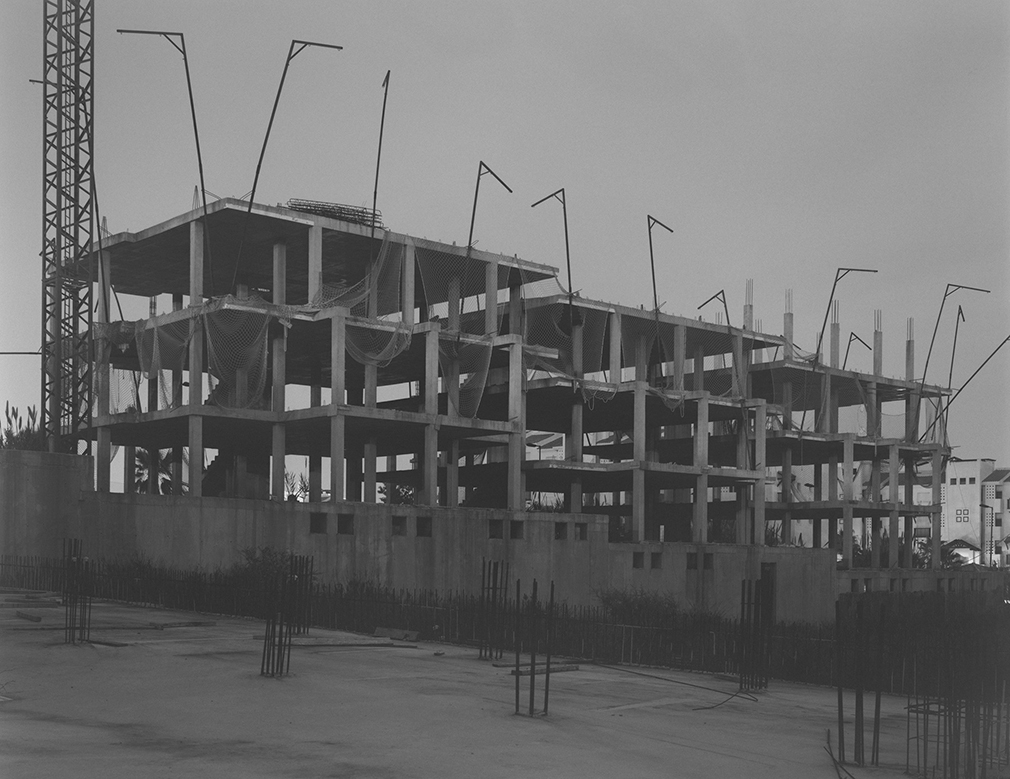 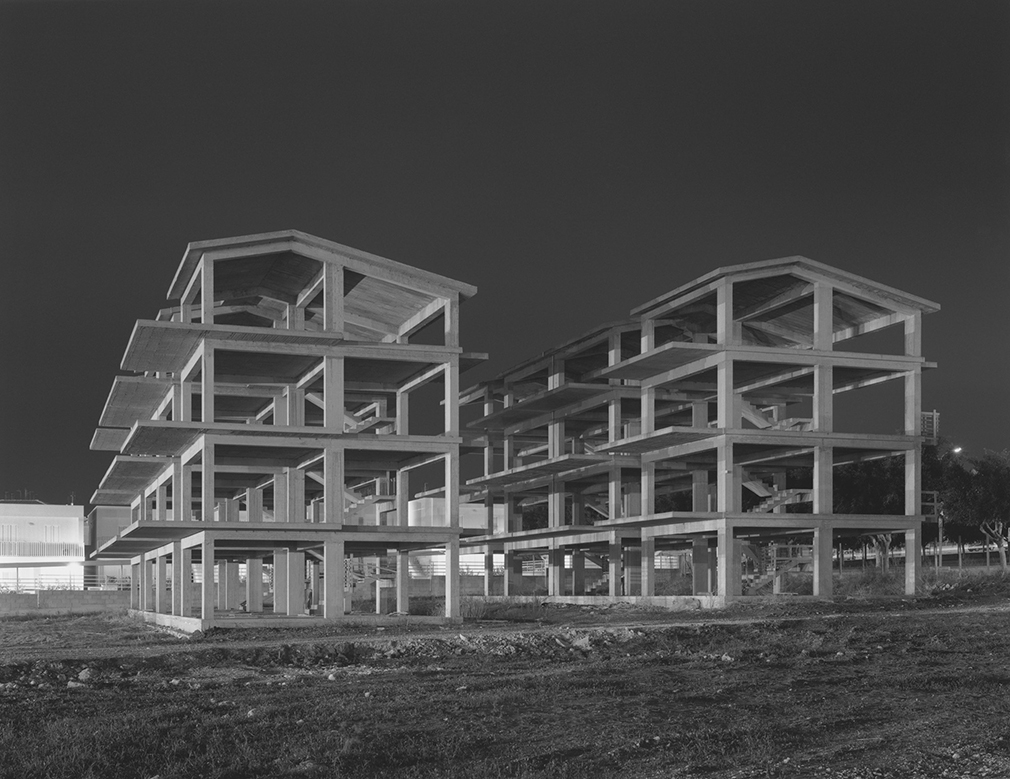 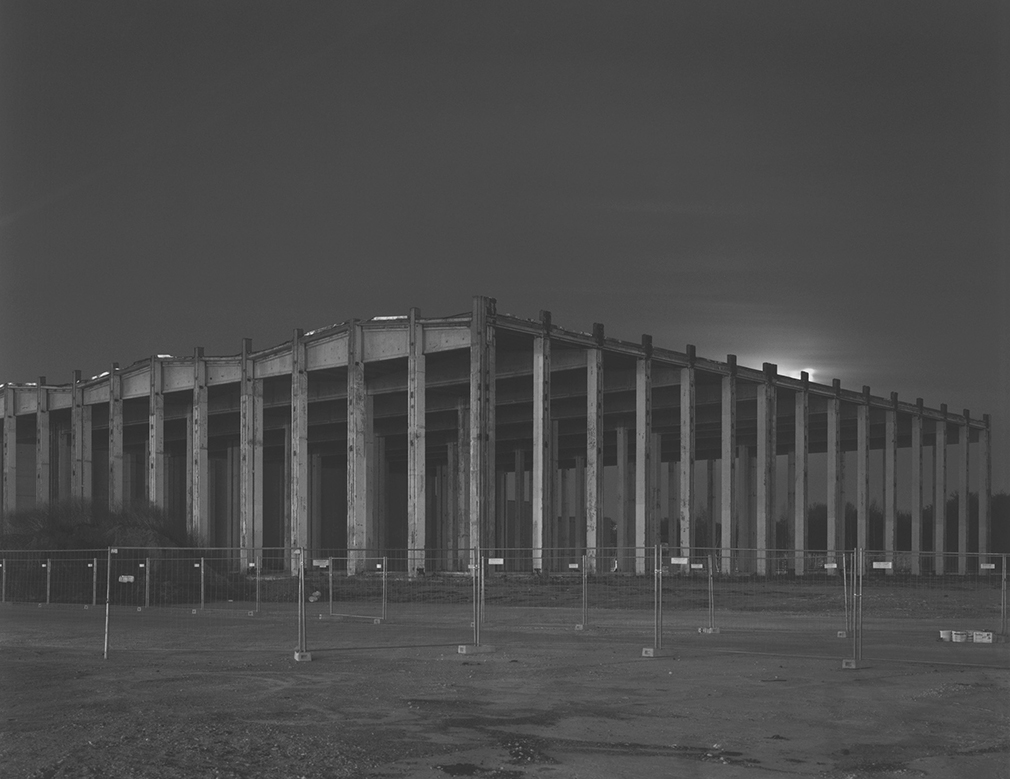 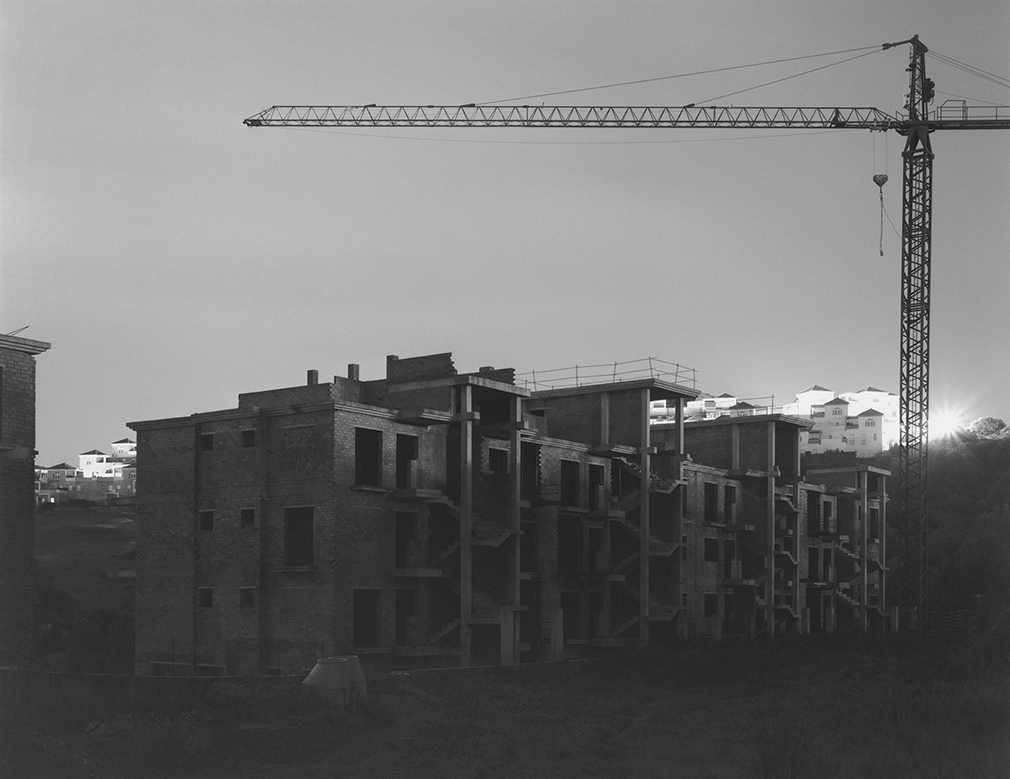 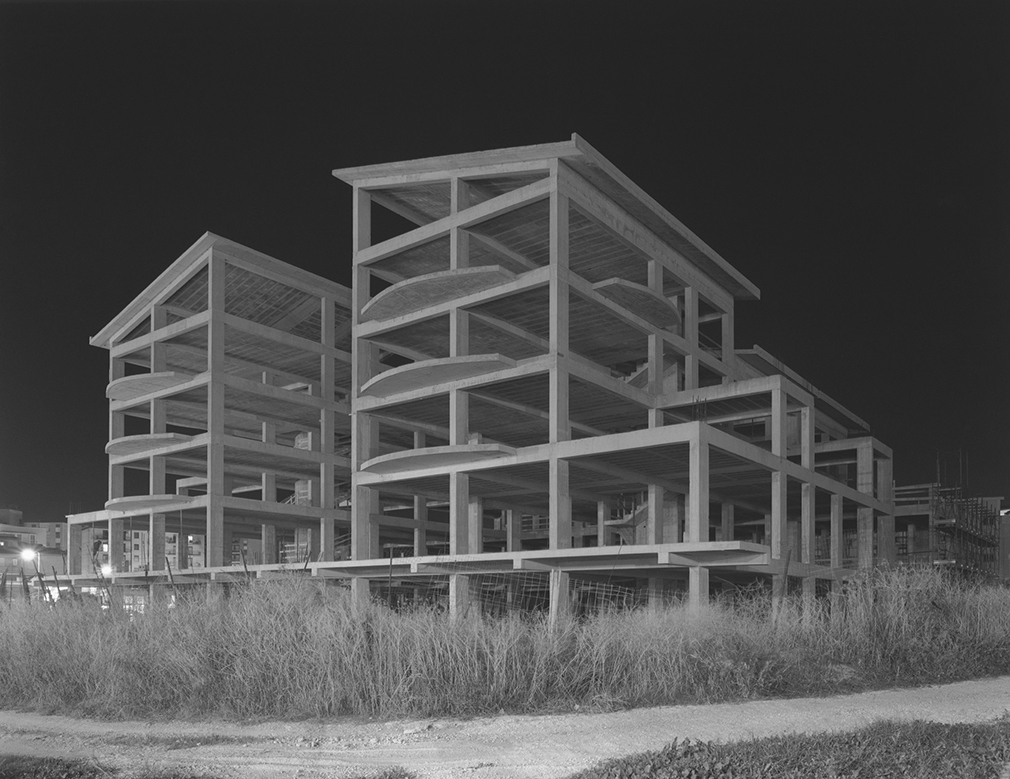 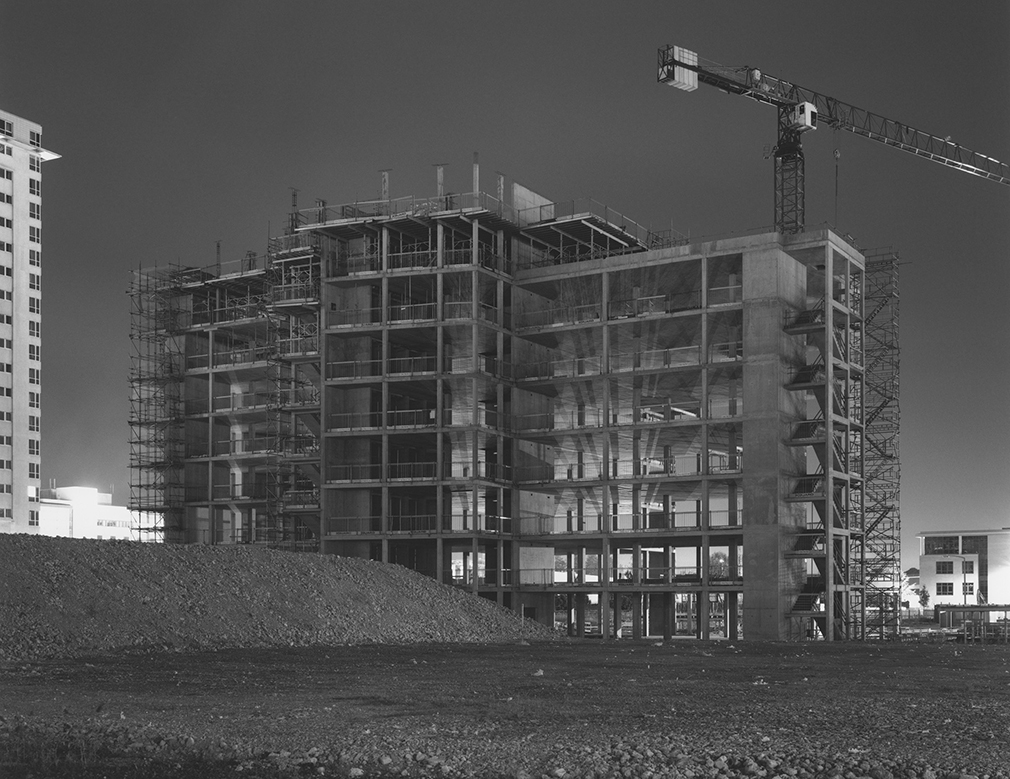 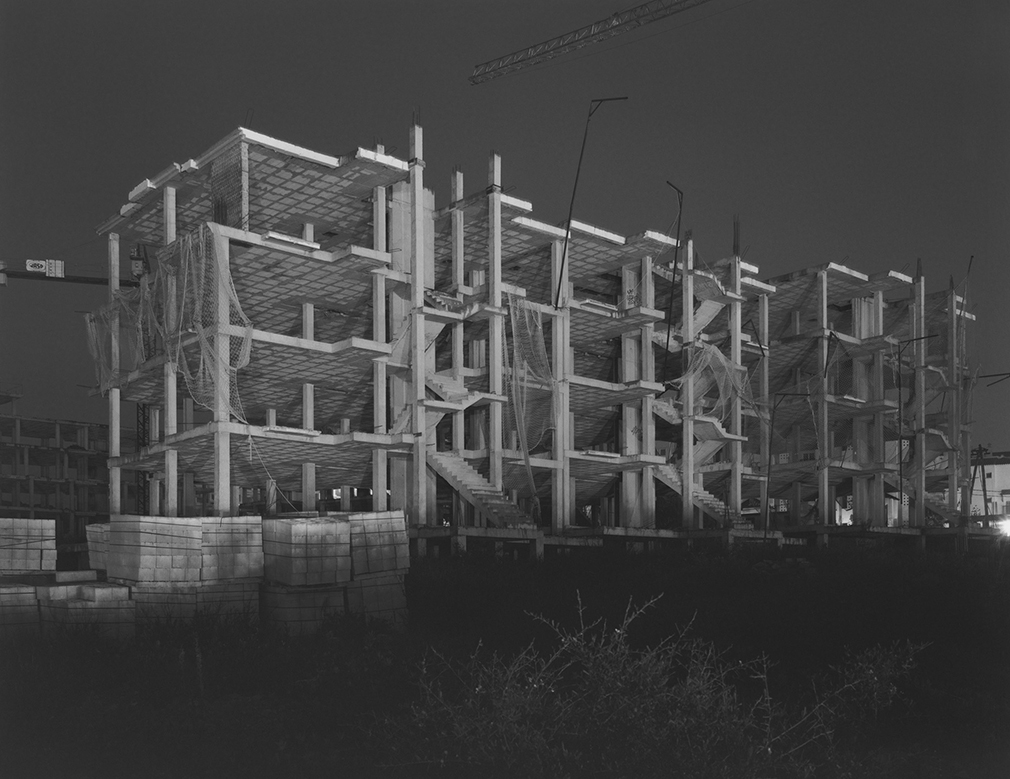 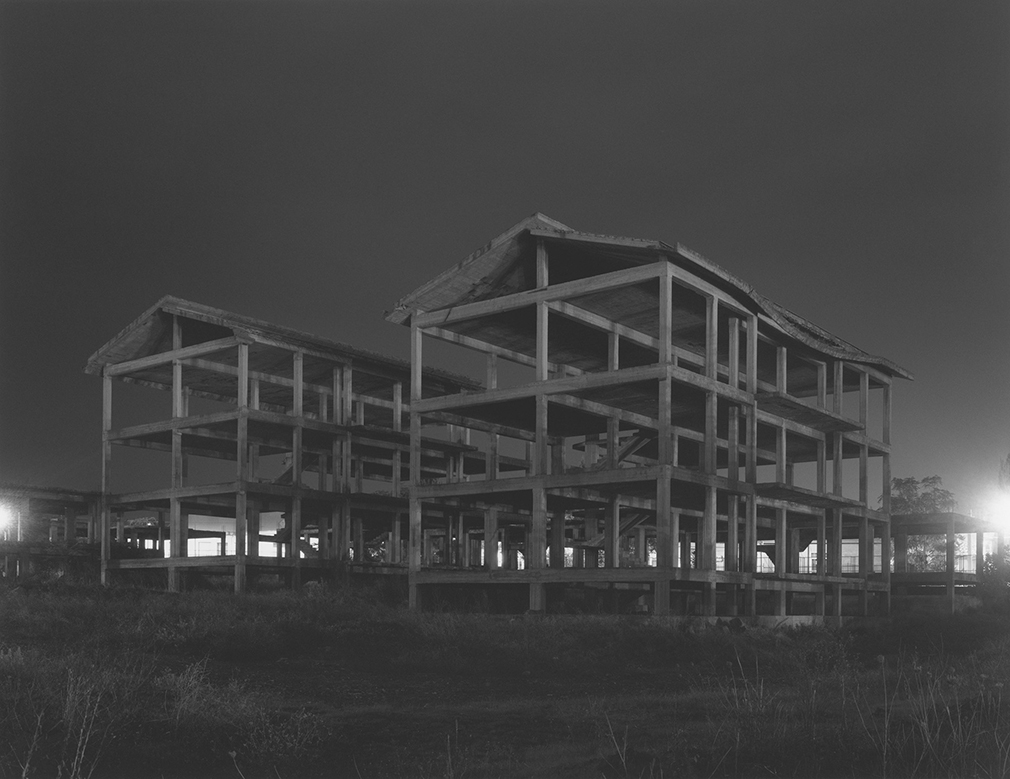 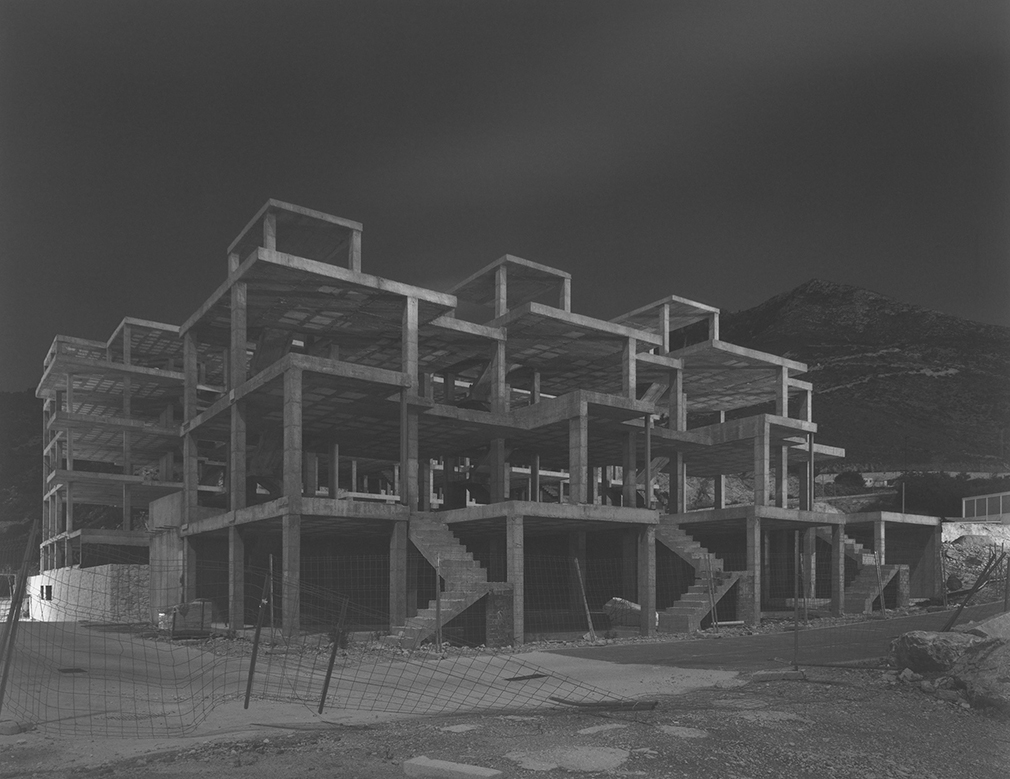 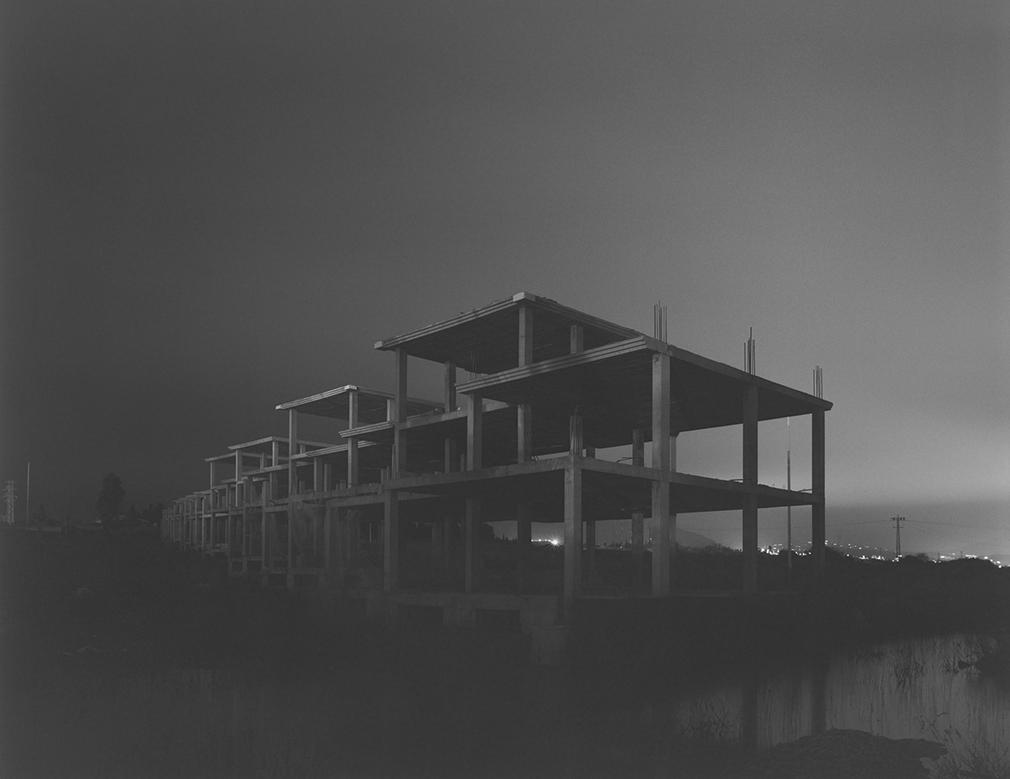 All photographs are courtesy of Sam Laughlin.

Mark Minkjan
Mark Minkjan is an urban and architectural geographer. He is Editor-in-Chief at Failed Architecture and produces the Failed Architecture Podcast. He has written for publications including VICE, The Guardian and The Architectural Review. In 2016, Mark received a talent grant from the Dutch Creative Industries Fund to develop new forms of architecture criticism. He received the Geert Bekaert Award for architecture criticism in 2017 and curated the 2019 exhibition “The Right to Build: Self-build Between Dreams and Reality”. Mark currently teaches at Amsterdam's Academy of Architecture and Gerrit Rietveld Academy.
Sam Laughlin
Sam Laughlin (1990) studied Documentary Photography at the University of Wales, Newport. His work has been exhibited in various group and solo exhibitions in Britain, Europe and North America, as well as being published internationally in books and magazines. Laughlin's current practice deals primarily with architecture, using it to engage with wider ideas that are often latently expressed in the structures we build.

add comment
Francisco Moura Veiga
Dear Mark, First of all, congratulations on the text and meaningful captures from Sam Laughlin. I would like to ask you where you draw the line between "architectural ruins" and "ruins of a collapsed political-economic system"? What are the differences between one and other when both refer to built structures enveloped in one society? Best, Francisco
Related