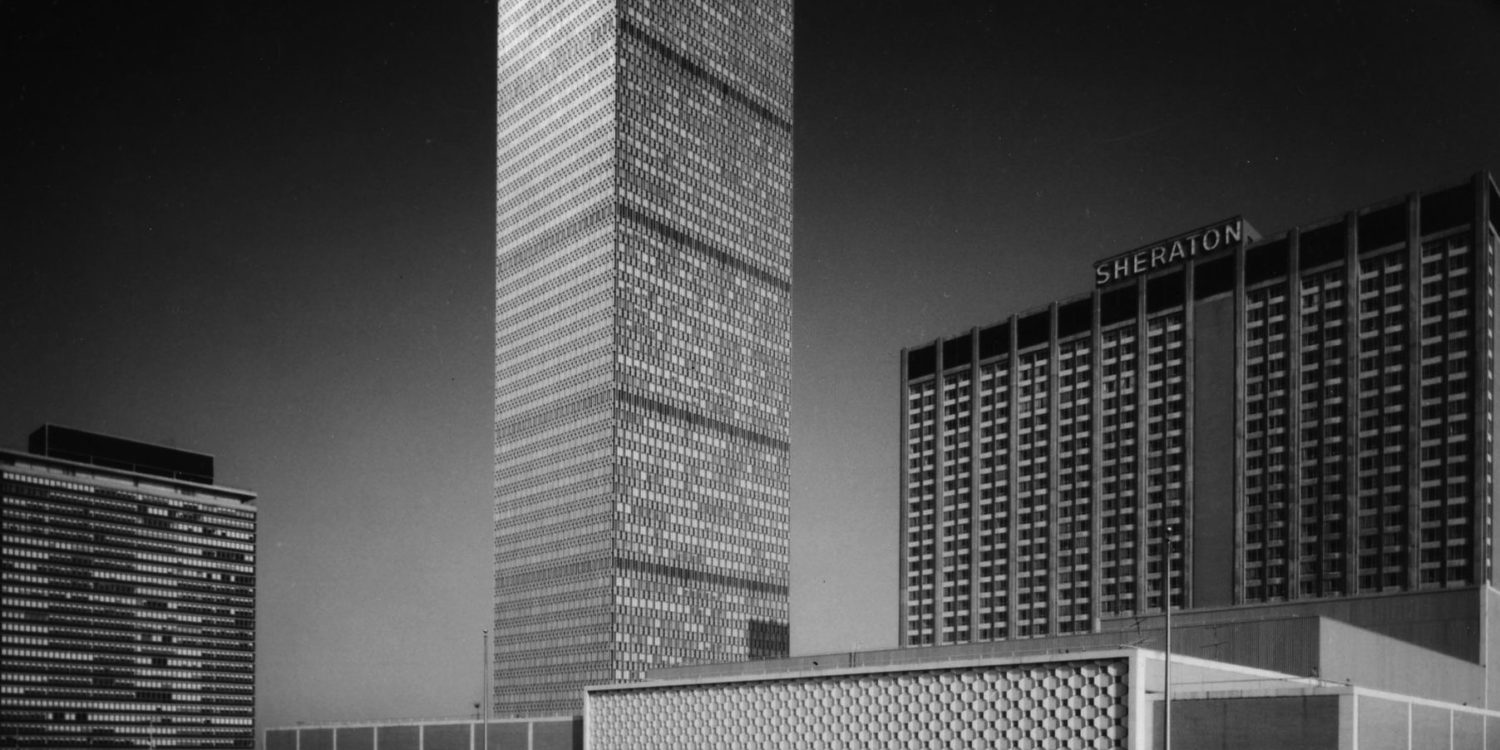 Elihu Rubin opens up new perspectives on the actors involved in the comprehensive redevelopment of American downtowns in the 1950s and 1960s.

As the aptly chosen title of Elihu Rubin’s Insuring the City. The Prudential Center and the Postwar Urban Landscape suggests, the conception of Boston’s multifunctional Prudential Center came at a time when American inner cities faced severe challenges and an insecure future. By the 1950s, the tremendous rise in car ownership and consequent spreading of people, jobs and services jeopardized the economic viability of Boston’s city centre. Planners and city officials responded to these suburbanisation tendencies by cleaving highways right through the old urban fabric and constructing modernist office blocks and shopping facilities, by which they hoped to revitalize the lingering central districts.

The greatest merit of Elihu Rubin’s book is that he avoids making the pejorative judgments that have come to dominate the general public’s view of the architecture and planning methods of the 1950s and 1960s, stating that we are doing a disservice by ignoring the perspective of planners who were fearful that American cities were dying. Additionally, by focussing on a second-tier American city and corporate instead of municipal planning, Rubin opens up new perspectives on the actors involved in the comprehensive redevelopment of central districts. With its urban renewal programme, insurance company Prudential thought it could not only administer business activities more efficiently, but also visually boost its local reputation as a modern company that was working in the public interest. By clearing slums and promoting highway construction, Prudential believed it was insuring the survival and growth of the American inner city. With the help of local authorities, the insurer managed to establish itself as a quasi-public entity that was fighting urban blight and increasing accessibility, embodied in the tax breaks it secured. 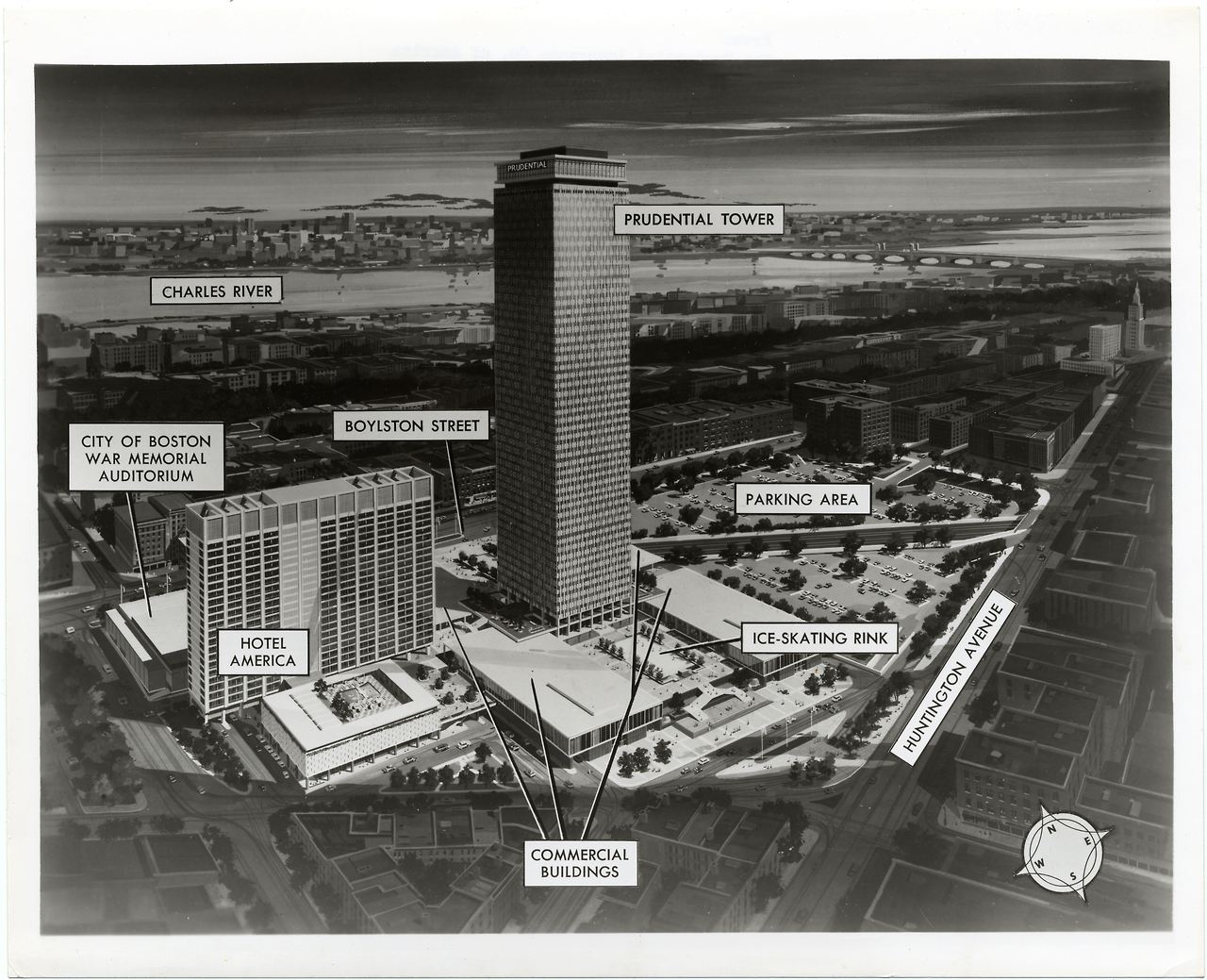 Architectural rendering of Prudential Center, circa 1960-1968.

In the book’s closing chapters, Rubin discusses the Center’s architecture in more detail. Special attention is given to Charles Luckman, the pragmatic soap salesman turned architect who dotted American cityscapes with office architecture during the first post war decades. For Prudential, hiring Luckman instead of one of the era’s more famous architects was part of reinforcing its solid and business-like company profile. Rubin concludes we should understand Prudential’s urban renewal agenda as a vote of confidence in the future of Boston’s struggling inner city. The company genuinely thought its interests converged with those of the public at large, by providing life insurance and fiscal security as well as reshaping the cities in which its clients lived. This impressively detailed study of the complicated interplay between corporate, political and architectural actors, gives us new insights into whom imagined and built post-war urban America – moving our attention away from current discussions about taste and aesthetics. 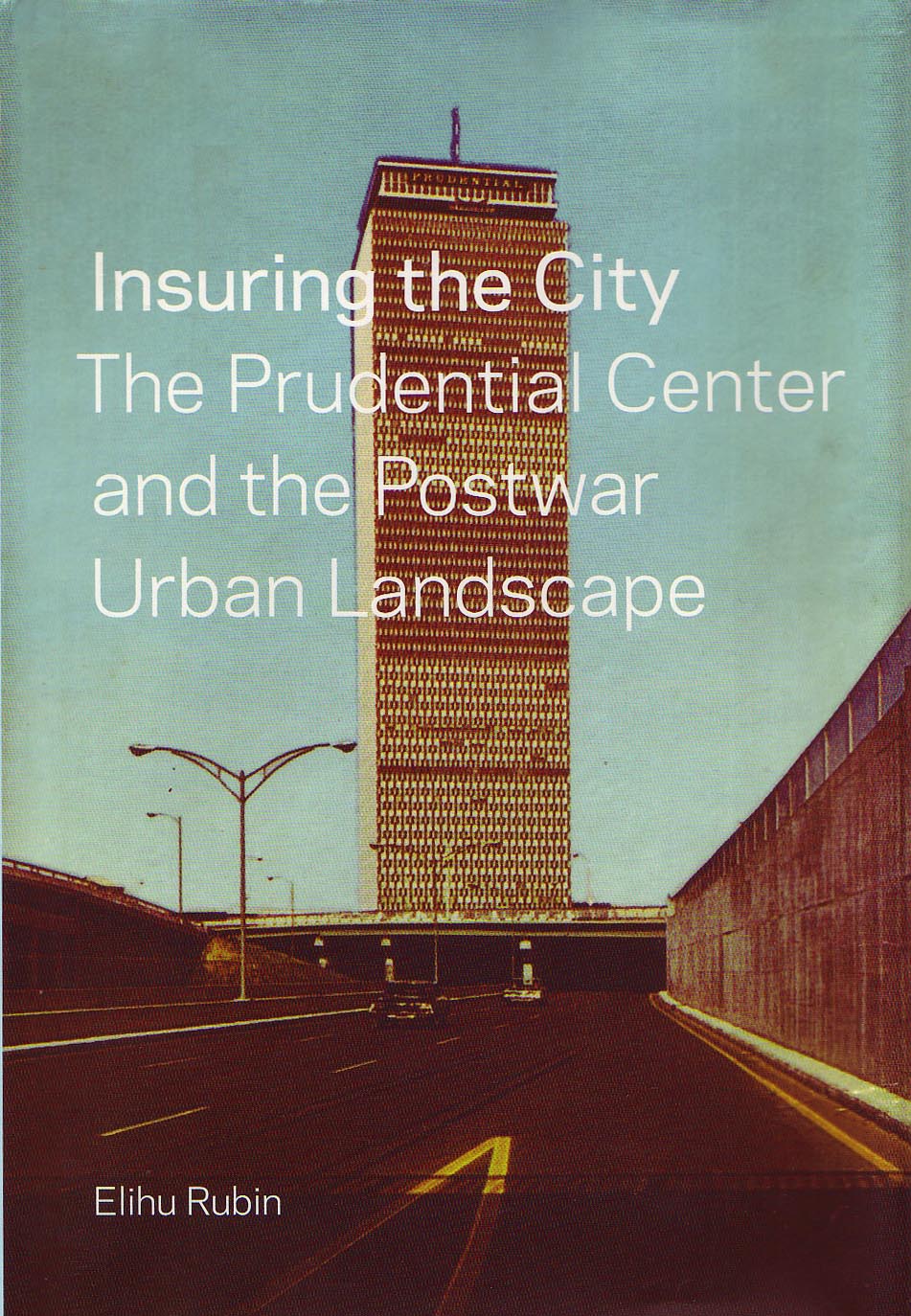 add comment
Scott F
I would hardly call Boston's Back Bay a slum. The general concept of the "High Spine" and the Prudential Center were actually quite successful.
Related