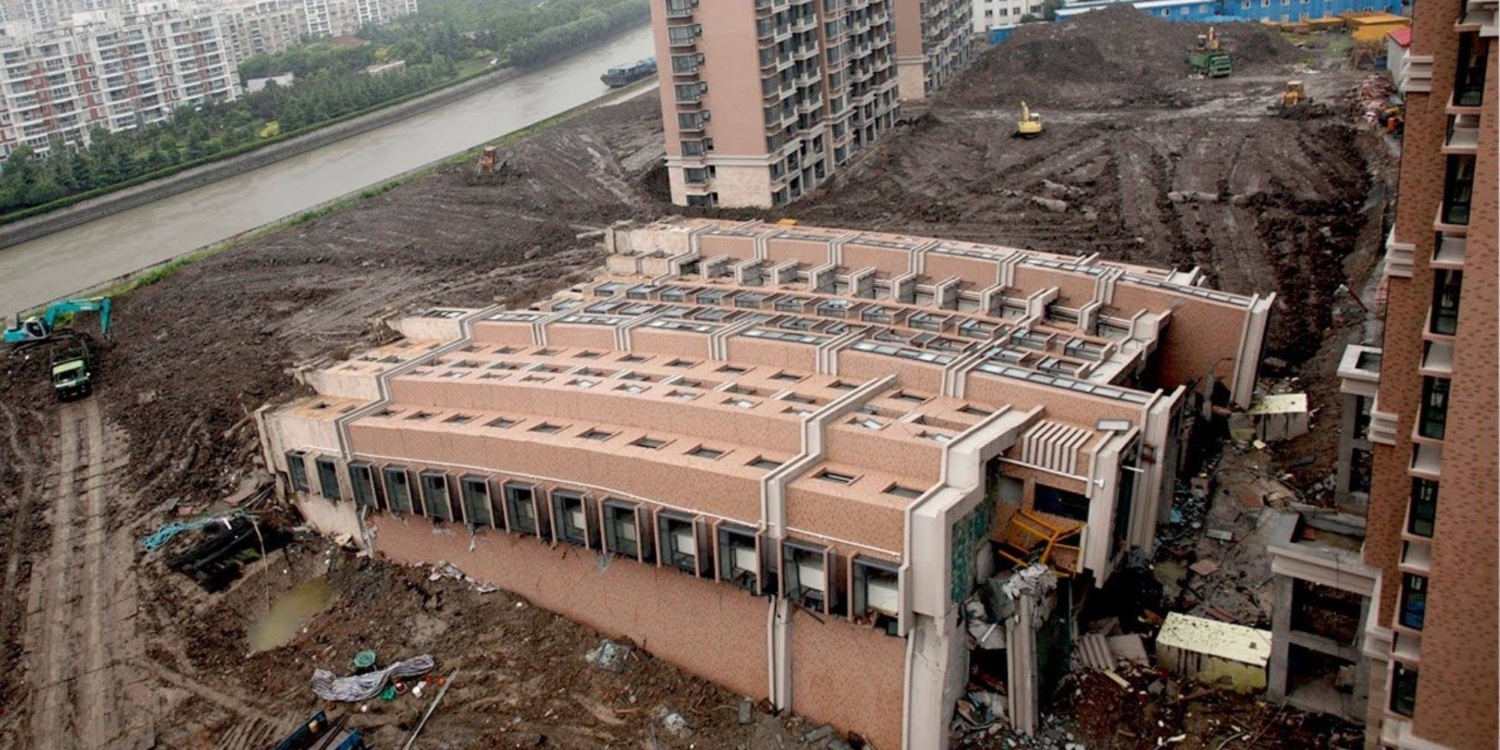 An insightful publication exploring whether architects should take their building's inevitable fate into account.

Architecture seems increasingly limited to the production of shiny renderings of shiny buildings (replete with the obligatory blue skies and well-to-do passers-by).  Filling up your facebook-wall or twitter-feed via Archdaily or Architizer, this reduction of architecture to a seemingly endless stream of sterile imagery is something Failed Architecture has often criticised. In these pieces, little space is left for reflection on the historical and social context of the built environment, or for speculation on its future direction. Here, however, we are concerned with the entire life space of a building, the crucial events that shape its development over time, and, of course, its sometimes rather dramatic demise. Indeed, this approach is central to most of our research and teaching.

And in this we share common ground with the the work of Stephen Cairns and Jane M. Jacobs. In their recently published book ‘Buildings Must Die’, Cairns and Jacobs delve into architecture’s sole obsession with creation and production and its indifference towards the life and ultimate death of buildings. The provocative title is not a call to discredit or demolish buildings that are obsolete or out of fashion, it is a reminder that some form of death is the inevitable fate of every building.

The authors correctly observe how buildings are seen as being alive, having a ‘skin’, a certain ‘spirit’ or ‘memory’ and how architects see themselves as sole creators of this, supposedly eternal, life. This natalist fixation, the related delusion of permanence and the shame associated with architectural ‘sickness’ or death, is something Cairns and Jacobs, quite ambitiously, wish to counter. Instead, they aim to build a ‘terminal literacy’ to increase thinking within the profession about possible endings of buildings and by doing so to rebuild the foundations of contemporary architecture.

The book is subsequently one continuous exploration of architectural theories and ideas, situations and practices, related to the conditions of a building’s decline. These ‘shadow stories’ of architecture, classified in chapters such as ruins, demolition, obsolescence and decay, receive little attention. The authors argue that bringing them to the fore is crucial. ‘Buildings Must Die’ is far from a dark, archi-pessimistic obituary, however. It actually views the processes related to the death of buildings as creative starting points, providing inspiration and new opportunities for architecture. There is indeed, as has been argued before, a certain productiveness in the dystopic elements of architecture. Cairns and Jacobs therefore hope to stimulate architects to design and build with the inevitable in mind. After all, ‘without death, there is no real life’.

This journey around the architectural world is much needed. But it is long. Spatial development in the context of late-capitalism is rightly understood as a process of ‘creative destruction’. Capital is constantly flowing to the most profitable location, materializing a physical landscape but also abandoning or destroying parts at the same time. The impact these processes have on the built environment should be taken into account by architects, it is argued, as they can still influence the situation by improving the specific qualities or the flexibility of buildings. In real estate economics the idea that the operational period of a building is actually limited is already well understood, as exploitations are always scheduled on specifically demarcated timeframes. Within architecture, this way of thinking has occurred only to some extent so far. Lynch, for example, has argued that the architect should plan the demolition of a building at the same time the design is being made.

While demolition reminds us that the permanency of architecture is a delusion, it is also fully part of the natalist architectural tradition, as it is the main tool for supplying ‘tabula rasa’ opportunities. This is what the authors call ‘architecture’s perverse secret’ and they note that it has also been crucial in giving architecture the possibility to constantly reinvent and develop itself. Demolishing something, or subtracting something from the built environment, could even be seen as a tool, a productive intervention itself. Cedric Price’s design for a Lung for Manhattan, instead of another cluster of skyscrapers, is a good example. In the same way, George Ferguson of RIBA proposed to list buildings (‘Grade-X’) that should be demolished in order to improve the general quality of the built environment.

But ‘Buildings Must Die’ doesn’t only investigate demolition. Rather, it also delves into slow, partial demise, and decay. Decay normally sets in the moment a building has been realised. As it is perceived as a devaluation, great lengths are taken to delay its inevitable onset. Decay can, however, contribute to the ‘age value’ of buildings. By learning to appreciate this, the forces of nature and a sense of time are preferred to the specialist authority of the architect. Various materials, some of which slowly rust, transform or disappear over the course of decades, are already being applied now. Nature could provide more valuable insights here. As with biological cycles, decay fulfils an important function by preparing the ground for new life.

Continuous decay turns buildings into ruins. Ever since the rise of their popularity in the 17th century, ruins have reminded architects that their buildings might not withstand the test of time. At the same time, they have been a constant source of creativity. The ruins of ancient Greece and Rome influenced architectural styles for centuries and ruinous aesthetics are currently a major source of inspiration for the newest and hippest clubs and restaurants. In fact, there are many examples of buildings designed with future ruination in mind. Albert Speer, Hitler’s architect, famously developed a theory on ‘ruin value’, ensuring that his creations would transmit the spirit of the Third Reich to future generations. John Soane, a few centuries before, commissioned a painting of his Bank of England as a future ruin, thus seeking to elevate his construction to the level of the ‘heroic’ buildings of the past.

What is discussed here is but a fraction of the content described in ‘Buildings Must Die’. The individual chapters on subjects such as ruins, decay or demolition are by no means a complete overview of their respective themes, but there is surely a lot to discover among the many relevant ideas and practices discussed. The separate stories are not necessarily interpreted in an innovative manner, but all function to support the main thesis and its totality does indeed create a ‘terminal idiom’. With this ‘Memento Mori’ for architecture, the authors make a strong case for the inclusion and use of this idiom in mainstream architecture.