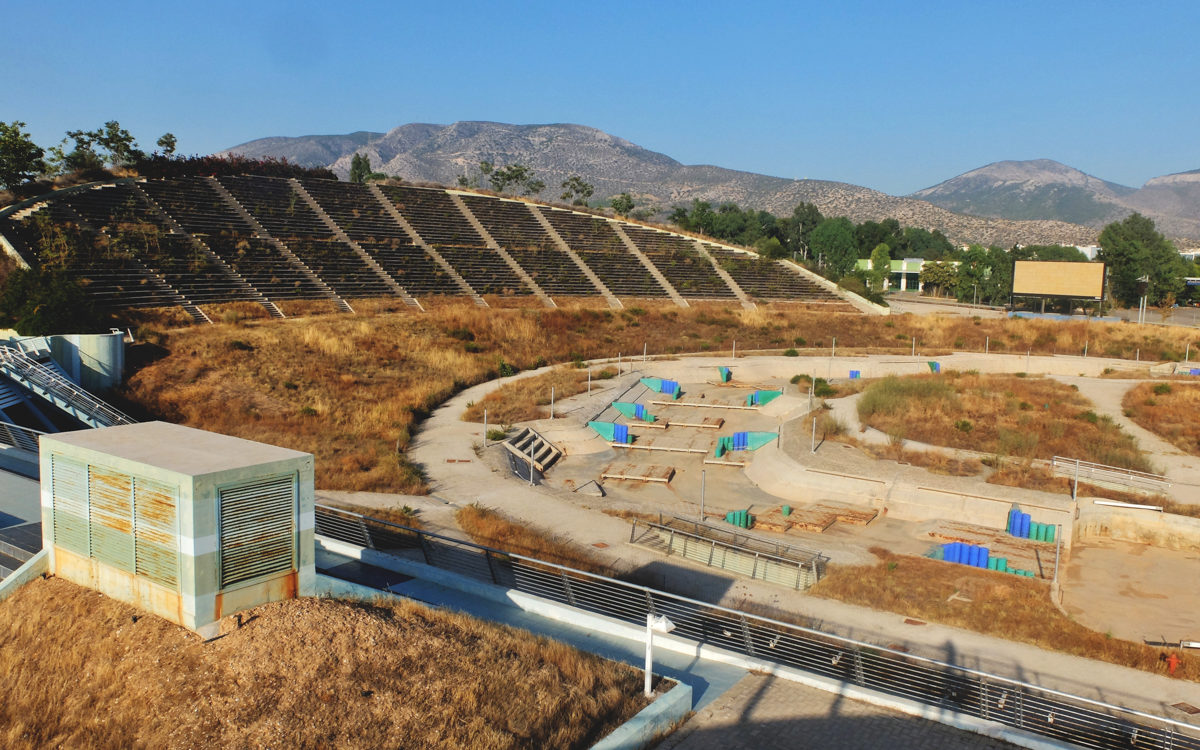 In architecture, there is an obsession with a building’s official completion, while its actual lifespan is often left out of the picture.

It often seems like all aspects of architectural production, from its conceptualization and design, to its materialization and promotion, converge towards a building’s opening day. The day the ribbons are cut, the architects are praised and the champagne flows in abundance: the official birth of a building.

In the lead-up to this day, press releases have been published, containing picture-perfect renderings of the building and a statement loaded with superlatives. The photoshopped images with shiny surfaces, successful people and blue skies have, together with the promotional archilingo, been uncritically reposted on the social media streams of such architectural media as Architizer, Archdaily and Dezeen. When a building first opens its doors, journalists pour in for the photo opportunity, and dutifully report on the architect’s act of creation. The tenants get their keys, and the dust settles. 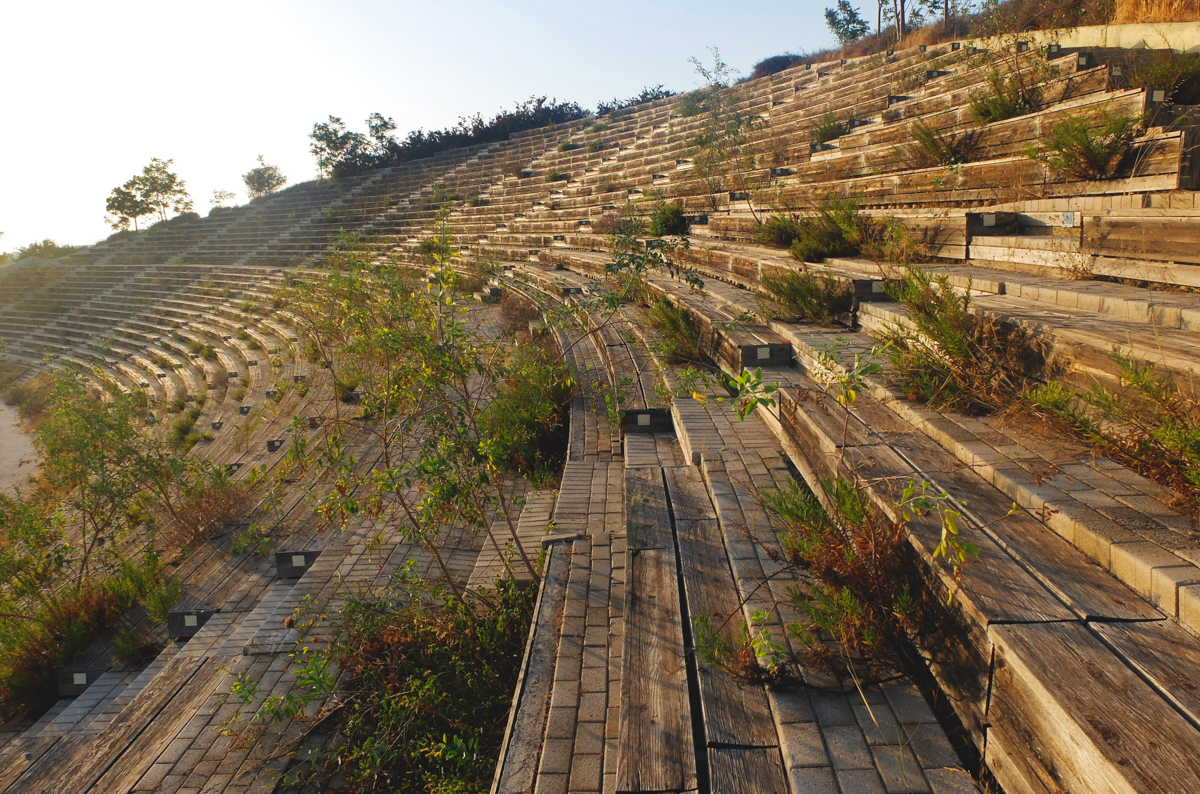 Giving all the attention to a building’s first glorious moment is of course nothing new in the architectural world, but the fact that a building will survive beyond the opening day is more than ever willfully ignored. Besides the lip service paid to the sustainable materials ‘that will last’, usually not a single glimpse is provided of what the actual ‘life’ of a building might look like.

Of course, it is difficult to predict the future, but new buildings have a long-term influence on their environment and its inhabitants. So, it is surprising that projections as to how these relationships may unfold remain a rarity. What might the possible lifespan of a building be? How will it be inhabited in the years to come? Could it be used for other purposes in the (distant) future? What will it look like decades from now? How might new technologies influence the way the building is used? What will the ongoing impact of this building on the city be like? 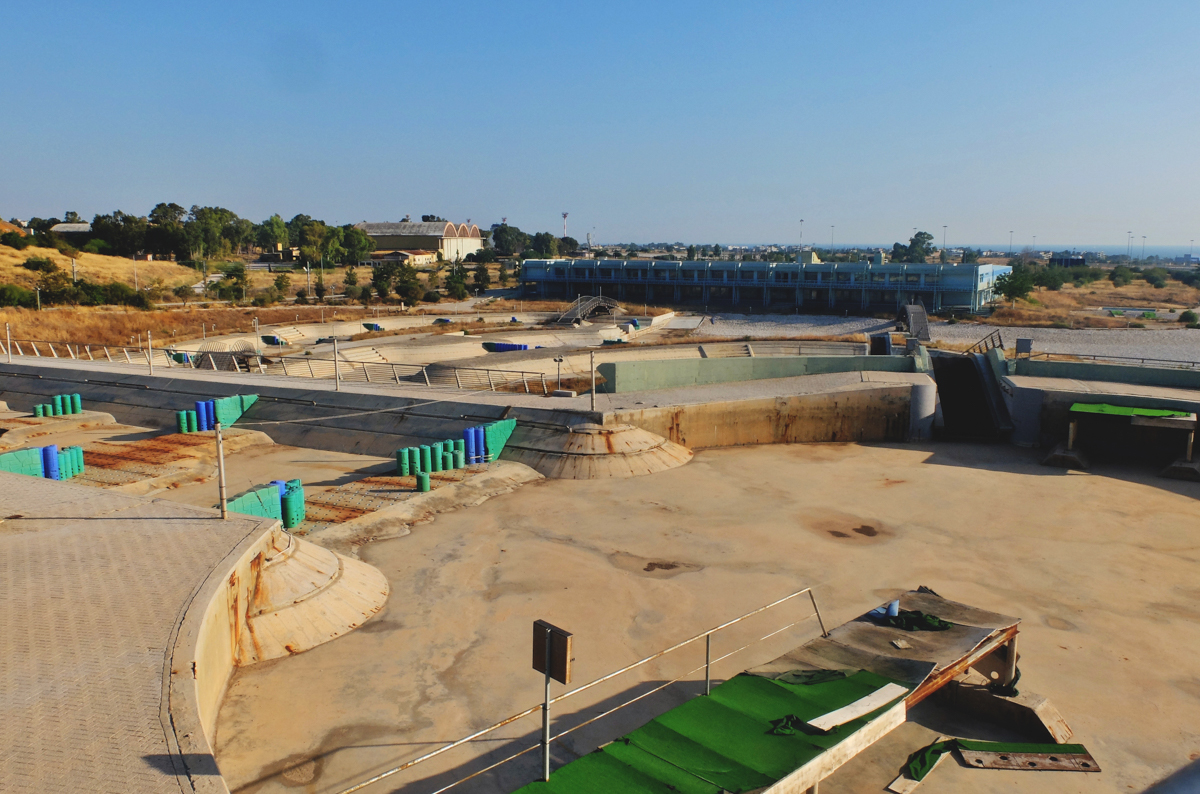 In other words, the ‘future legacy’ of the building is generally given very little thought, rarely considered in the design process and almost never shared with a wider audience. Architecture, according to Stephan Cairns and Jane M. Jacobs, authors of the book ‘Buildings Must Die’, is imbued with a ‘natalist fixation’. Both within the profession and in the wider society, it is the actual materialization of power and the accomplished (st)architect’s geniality that gets celebrated, instead of a building’s long-lasting contribution to society. However, this celebration is based on a delusion similar to Fukuyama’s thesis on the ‘end of history’, in which the present is attributed with unique, durable qualities unlikely to change anytime soon.

This ‘fixation’ is of course stimulated by the financial context in which contemporary architecture materialises. Often, immediate profit is the core rationale of a building’s creation, which reduces the interest of stakeholders in how it will perform socially, economically or physically over a longer period of time. In the case of a property that is intended for rent, a 30 or 40 year exploitation and maintenance scheme might be put in place, at least providing a financial horizon. Even then it’s unlikely however, that any vision has been developed on what else the future might hold. 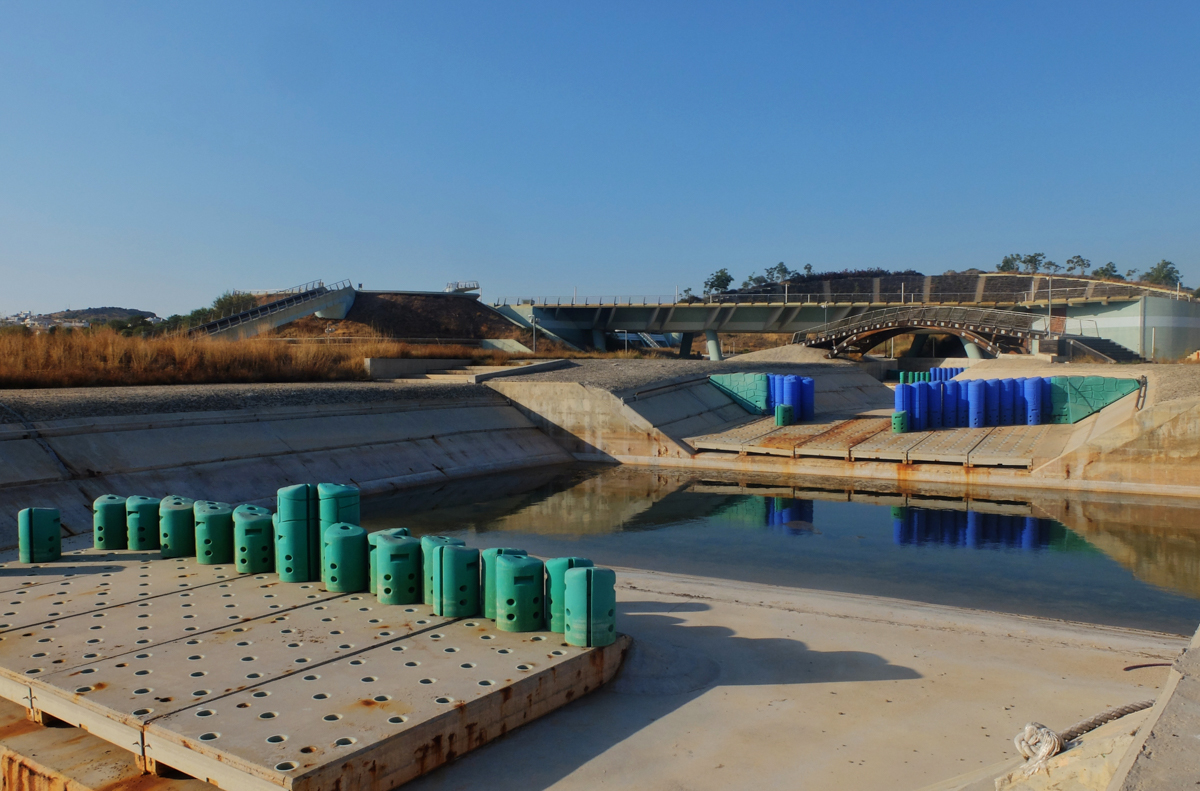 The pop-up trend in architecture, which became mainstream during the financial crisis of the last decade, also illustrates the shortsightedness of the field. While pop-up projects, from that summertime restaurant pavilion to temporary refugee housing, often do take into account the entire lifespan of a construction, they do not provide any perspective on the long-term urban development of an area beyond that brief, single intervention. This is not only because these projects have to work with temporary available space and limited financial means they don’t manage to leave a lasting legacy, it is also the lack of a vision on how an archipelago of nomadic pop-up projects could have a more durable impact on the city beyond its current role in stimulating gentrification.

In the past, not taking the possible future trajectory of a building into account has often led them to ‘fail’. Unable to adapt to new circumstances and developments, many have become obsolete with the passing of time. Besides the often negative socio-economical impact that the abandoned remnants of the past have on their immediate surroundings, the question of ecological performance becomes increasingly important. With the demolition and construction sectors being major contributors of CO2 emissions, we simply cannot continue to put up and tear down buildings at this rate. 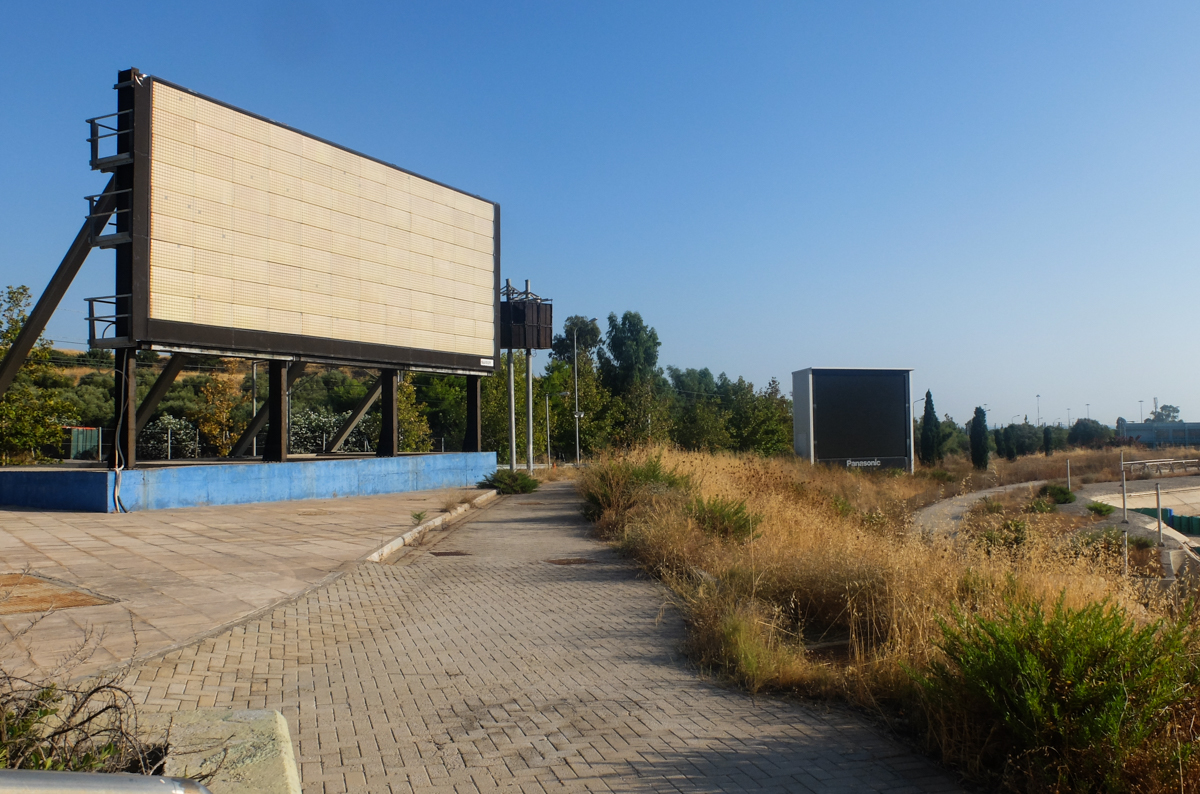 The fact that most architectural projects of a certain scale will leave a spatial legacy of some sort gives those involved a responsibility. Therefore, the spatial professions might want to broaden their horizon and attempt to relate to the future of their projects at least in some way. Without becoming naively utopian, researching and speculating on possible social, technological and political developments and the future transformation of the immediate spatial context deserves more attention and can become an integral part of contemporary design processes.

There are myriad ways in which this challenge can be taken seriously without falling back on even more unrealistic renderings of futures that will not come to pass. Thinking about or even implementing forms of long-term guardianship of a project could be one possible option. If a building is owned by an association with long-term goals for the space, for example to provide people with secure and affordable housing, they will make different choices than real estate investors with a focus on quick profit. Such an association could continue to adapt a building to changing circumstances, such as household compositions and housing preferences. What’s more, long-term forms of guardianship could provide a basis for longer exploitation schemes, which could allow for much lower rents. 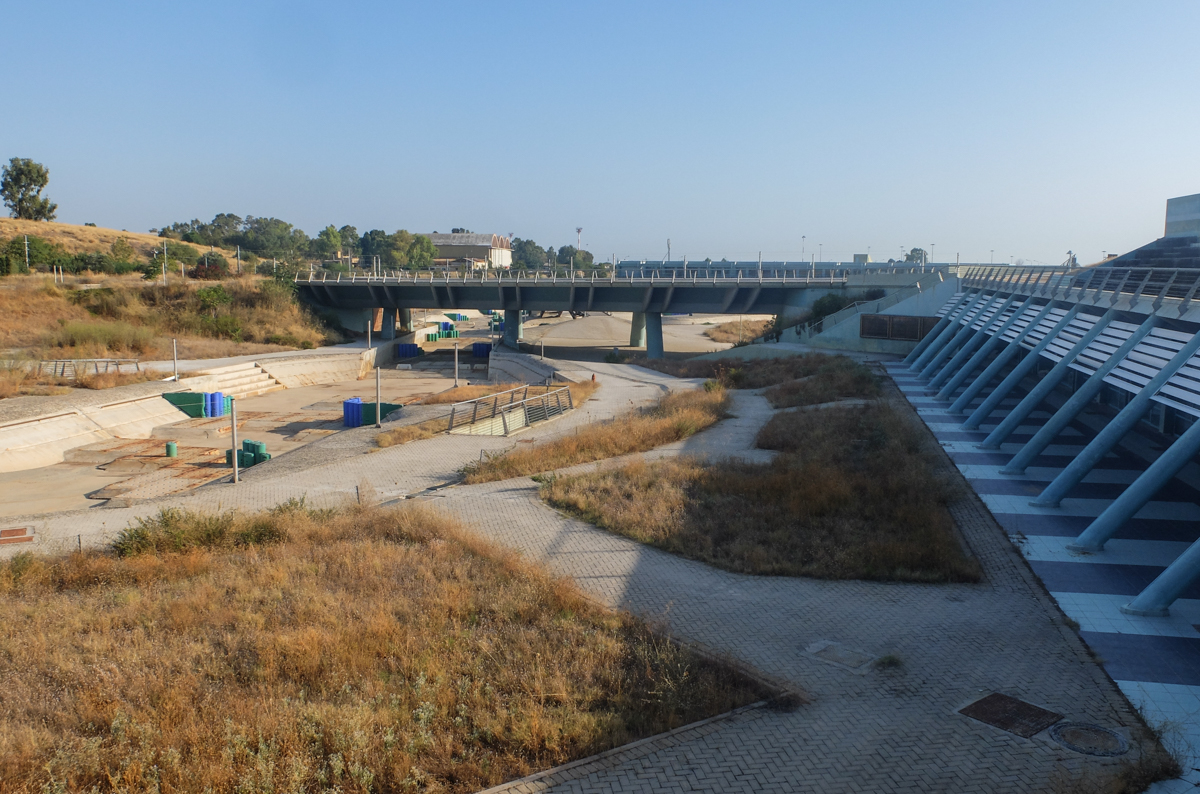 Physically preparing a building for future changes is another way. Its design could allow for it to be expanded in different ways at some point, by making it easy to change floor plans or readjust its interface with the urban environment. Some historical attempts by architectural movements to put similar ideas at the core of their practice, such as the Structuralists and the Metabolists, have shown that in reality this can be quite hard. However, lessons can and already have been learned from these experiences.

Then, the inevitable decay of a building’s components could be taken into account. Instead of ignoring these processes and passing the problem on to future owners, the future deterioration could be calculated and become part of the actual project. If done well, it could generate ‘age value’ for a certain building, decrease the need to replace everything that looks slightly dated and start to make the wider public aware and even appreciative of these processes. As different parts of a building will have different lifespans, its design could already anticipate the hassle-free and ecological replacement of its components. In many cases this would amount to the easy removal of everything from a building’s core structure, as its lifespan is often much longer than the outdoor cladding or the interior finish. 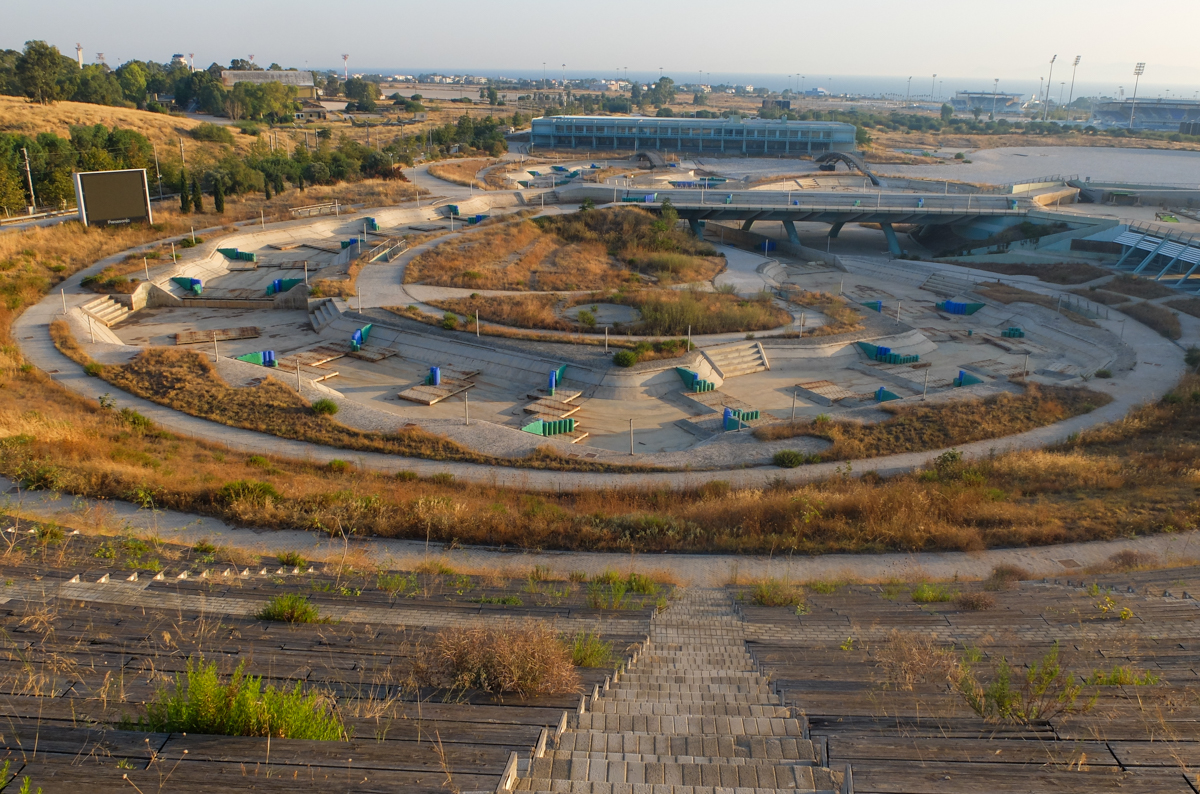 Even more radically, an architect could speculate preemptively on how a building will respond to long-term abandonment. Albert Speer, a Nazi architect, was one of the first to think about this. He famously developed the ‘ruin value’ theory, the application of which was supposed to ensure that his buildings would become spectacular ruins. A slightly more modest prediction of one’s own building as a ruin, could attempt to ensure it won’t become an unsightly or potentially dangerous element in a neighborhood but could instead be quickly re-used even after years of vacancy. To prevent it from becoming a ruin at all, the possible deconstruction of a building through an ecologically sustainable process could also be designed before its construction.

It would be interesting if an architect’s research, speculations and designs for a building’s life cycle (and perhaps its possible death and resurrection?) were published simultaneous to, or even instead of, the typical documents that get released before the construction of a building. In this way, a project could be judged on the intelligence with which its future performance is considered. Such a forward-looking approach could play a decisive role in competitions, but would also allow citizens, policy makers and politicians to scrutinize a project from a different angle. Likewise, it would provide another dimension for critics, who could then not only drop by to review a building on that festive opening day, but also reflect on these future speculations and continue to follow up on them in the (many) years to come. 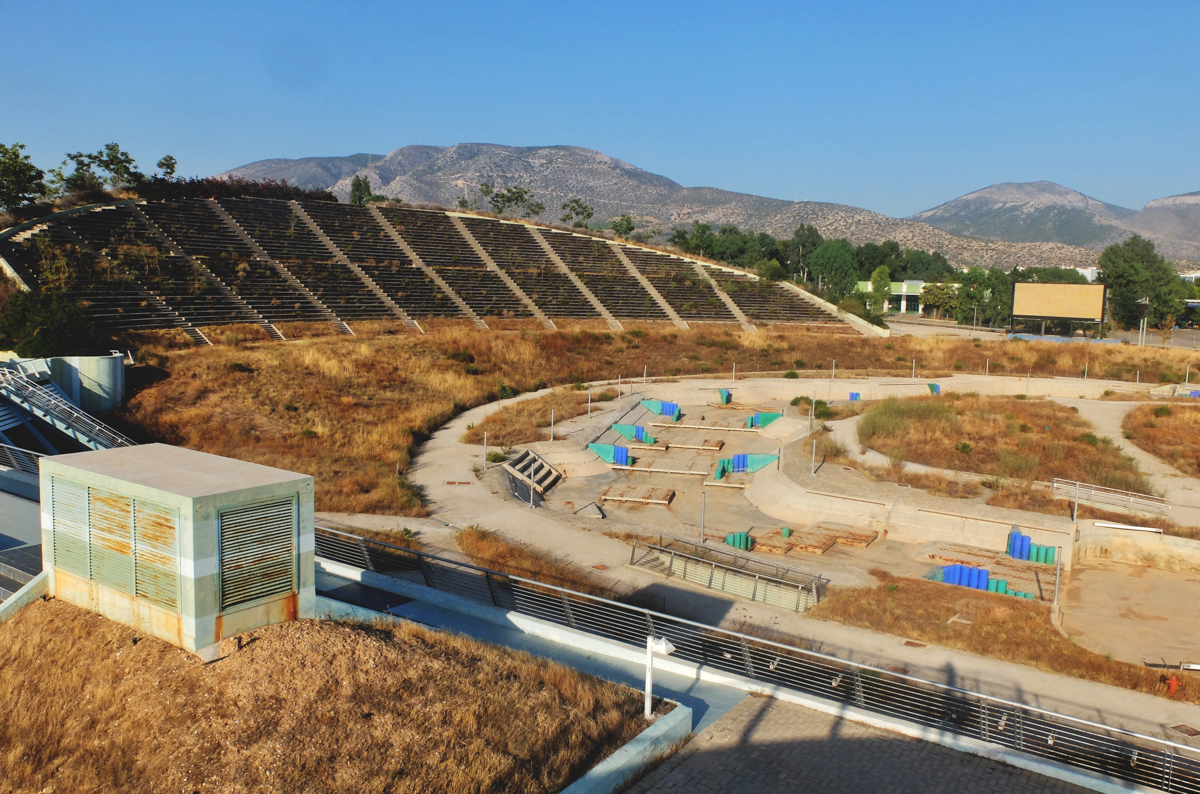 Besides designing the physical legacy of a building, there is also a more cultural dimension to consider. How and from which perspective will people in the future judge the design choices made today? How will a building be perceived by the wider public decades from now? When and why will a building be classified as ‘heritage’? Interestingly, we see that buildings which are classified as heritage at this moment are often much appreciated because they are often rather extreme examples of the design trends of their time. These buildings, however, are often not the most practical, user-friendly and sustainable ones, and in many cases led a problematic existence until they were suddenly adopted by the heritage industry.

Maybe it’s about time to learn to appreciate those buildings whose architects haven’t positioned them so rigidly in time, but made them relate to the past as well as the future. Beyond celebrating icons of a specific time, we can begin to welcome buildings for which a radically different extension is already anticipated, for which a possible demolition has already been taken into account, or maybe even buildings whose organic materials will continue to grow over time, or maybe die at some point? In other words, let’s embrace buildings where the future legacy is a central asset of the initial design.

This article was originally published in The Site Magazine in November 2017. All photos by Ioanna Sakellaraki, from her series on the Athens Olympics.

Architecture After Excess: The Palaces of Saddam’s Baghdad