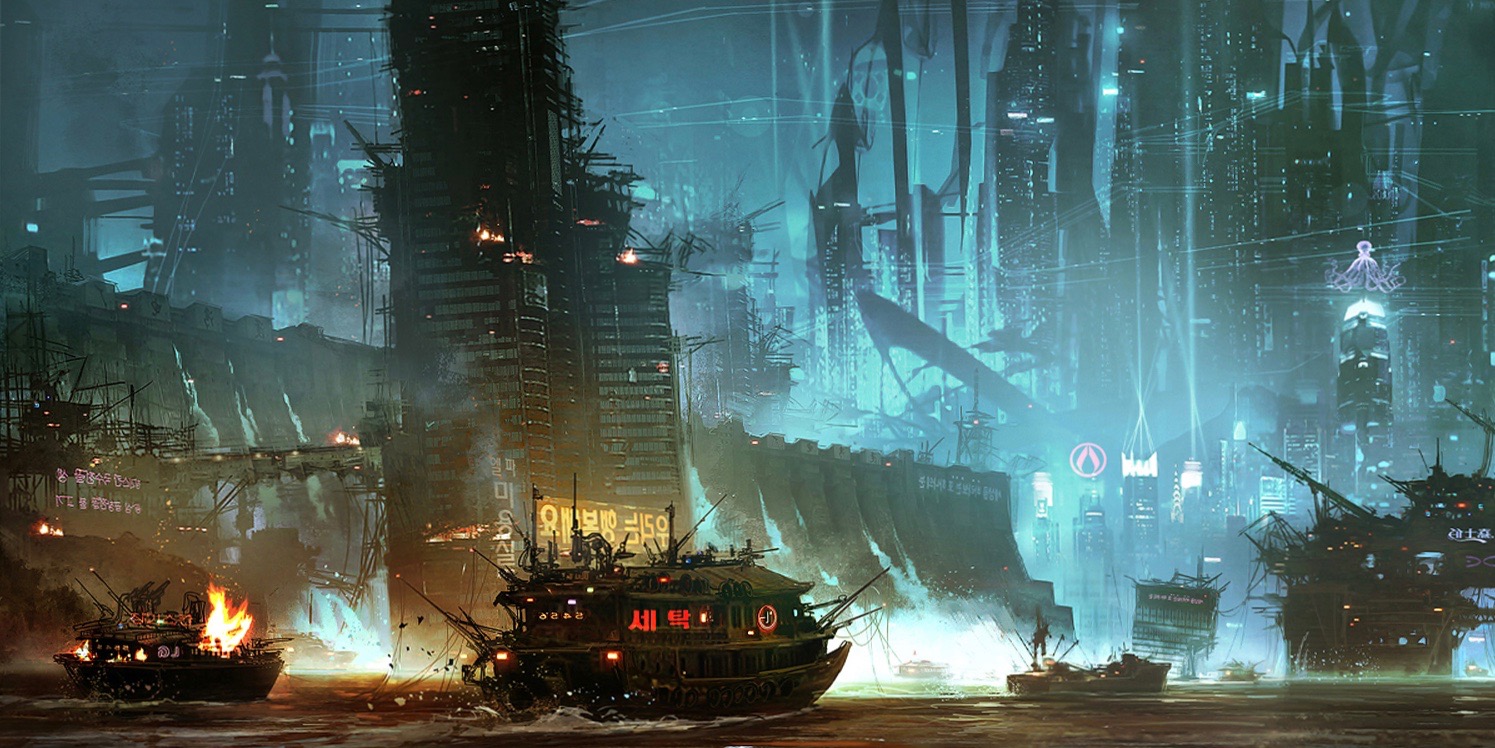 A Q&A with Darryl Chen about the usefulness of dystopia, in which he responds to Jamais Cascio's critique on dystopian scenarios.

Leading up to our event “Beyond Failure“, we kept an extra eye out for things that deal with the potential of dystopia and the productiveness of failure, since this will be a central theme during the event. That is how we came across an article on Co.Exist by Jamais Cascio, who argues that dystopias are good for nothing because they are simplistic and lazy, and neglect human resilience. He writes that “dystopias make for boring futurism” and that they make the “scenario audience just want to go hide in the corner”. 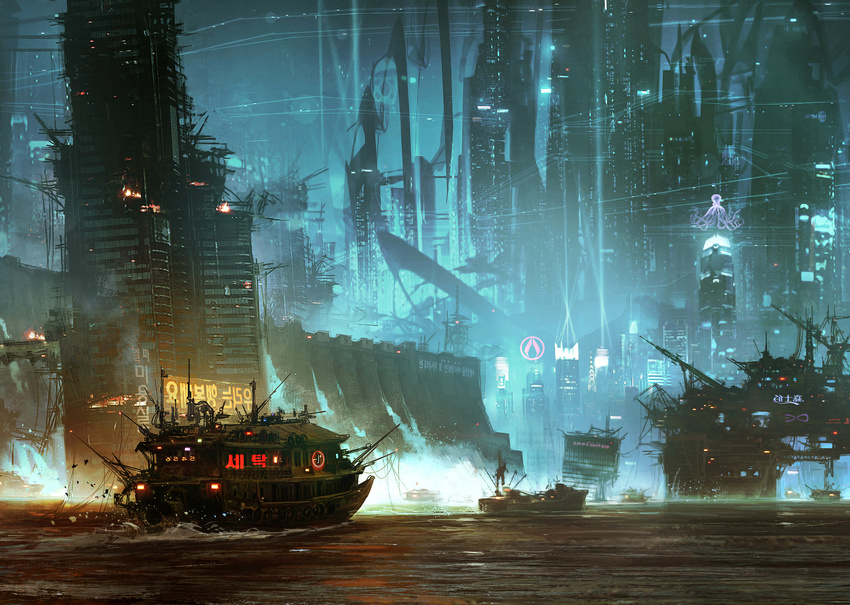 Neo-Seoul in 2144 – a visual for the movie Cloud Atlas. Slum dwellers have built shantytowns atop the remnants of skyscrapers from Old-Seoul, which is largely ruined and submerged by water.

Darryl Chen, a founder of Tomorrow’s Thoughts Today, was one of our guests during Beyond Failure to talk about productive dystopia. In order to get a feel of what Darryl will be speaking about and to stir up the debate, we confronted him with some of Cascio’s statements.

Mark Minkjan: Are the productive dystopias you describe different from the world ending future scenarios Cascio seems to contest?

Darryl Chen: There are world-ending scenarios that offer us warnings for how we are living today. These overtly moralistic tales seem to buy into a simple cause and effect relationship for maximum navel-gazing appeal.

But I am more interested in dystopian fictions that alert in the viewer a more sophisticated sense of the present. Modernity is our present-day elixir and dystopia. I am interested in a general sense of how to deal with its effects.

MM: Cascio argues that using dystopian narratives is simplistic and lazy. Moreover, he writes that dystopian thinking ignores human resilience. What do you think of that?

DC: They are naturally simplistic because they act like a petri dish, isolating deviant strains to test their effects on control subjects. Dystopia gives rise for the extraordinary to happen – for the hero who is able to outwit the enemy, stand against the powers, redeem humankind in the face of what seems an all-oppressive power. Human resilience is not ignored but actually invited, however more interesting is the ingenuity of turning what are seemingly negative phenomena into reactive ones.

A productive dystopia finds a tactical response within the material of its own setting. The dystopia itself is instrumentalised for a range of effects – one that offers its own clues for rescue, like being given a jail sentence with an escape plan folded up in your top pocket.”

MM: One of his concluding remarks is “If your dystopian scenario leads a listener/reader to reasonably conclude that there’s no likely-to-succeed way to avoid this horrible fate, it’s probably bad futurism”. I have the impression that here, he comes closer to your ideas about productive dystopia. Am I right?

DC: Bad futurism in this article seems to be measured by its likelihood of occurring, whereas I would prefer to see a productive dystopia measured by its ability to instil in the viewer some kind of action within a problematic present. Success is measured by your ability to manoeuvre within an otherwise oppressive regime or against an inevitable fate. Further still, I think dystopia becomes interesting in its deployment as a tool for designers – as a reconnaissance vehicle, cautionary tale, or darkened mirror….