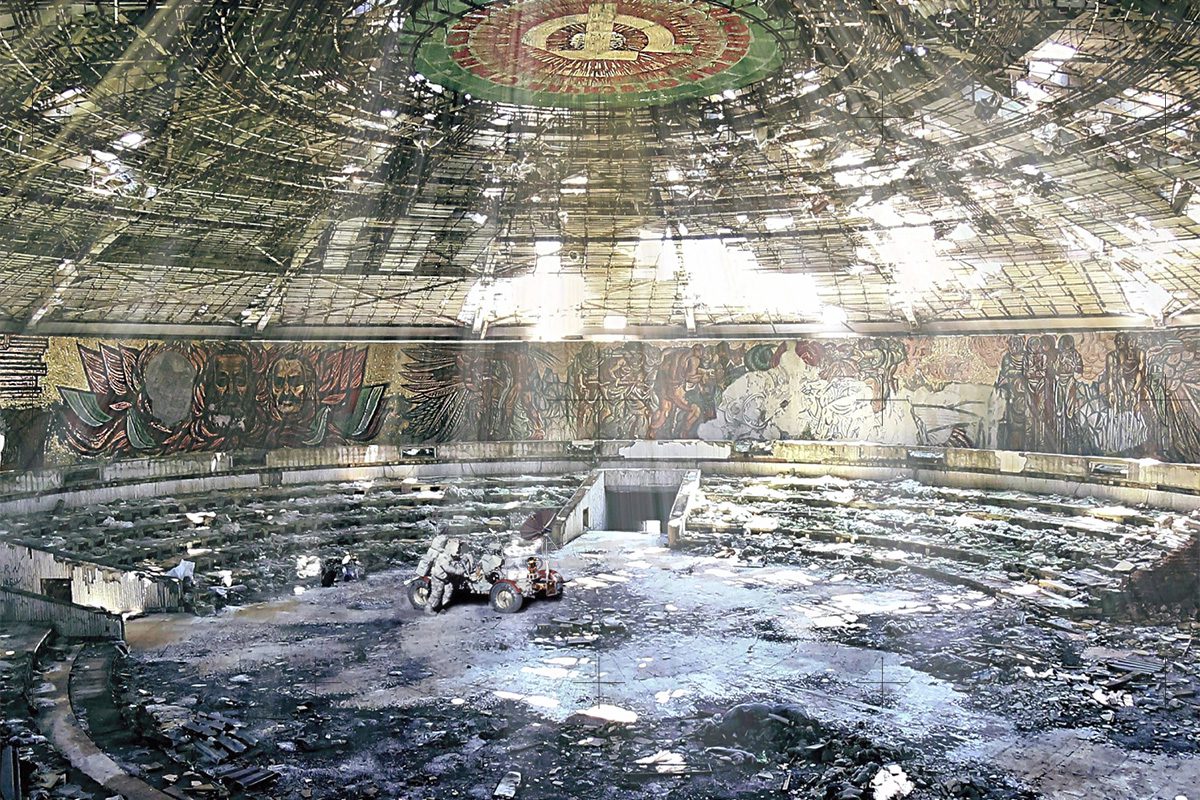 Our season finale was about the success of failure, the resilience of architecture and the critic's responsibility in a ravaged world. Here's an account with al the videos. 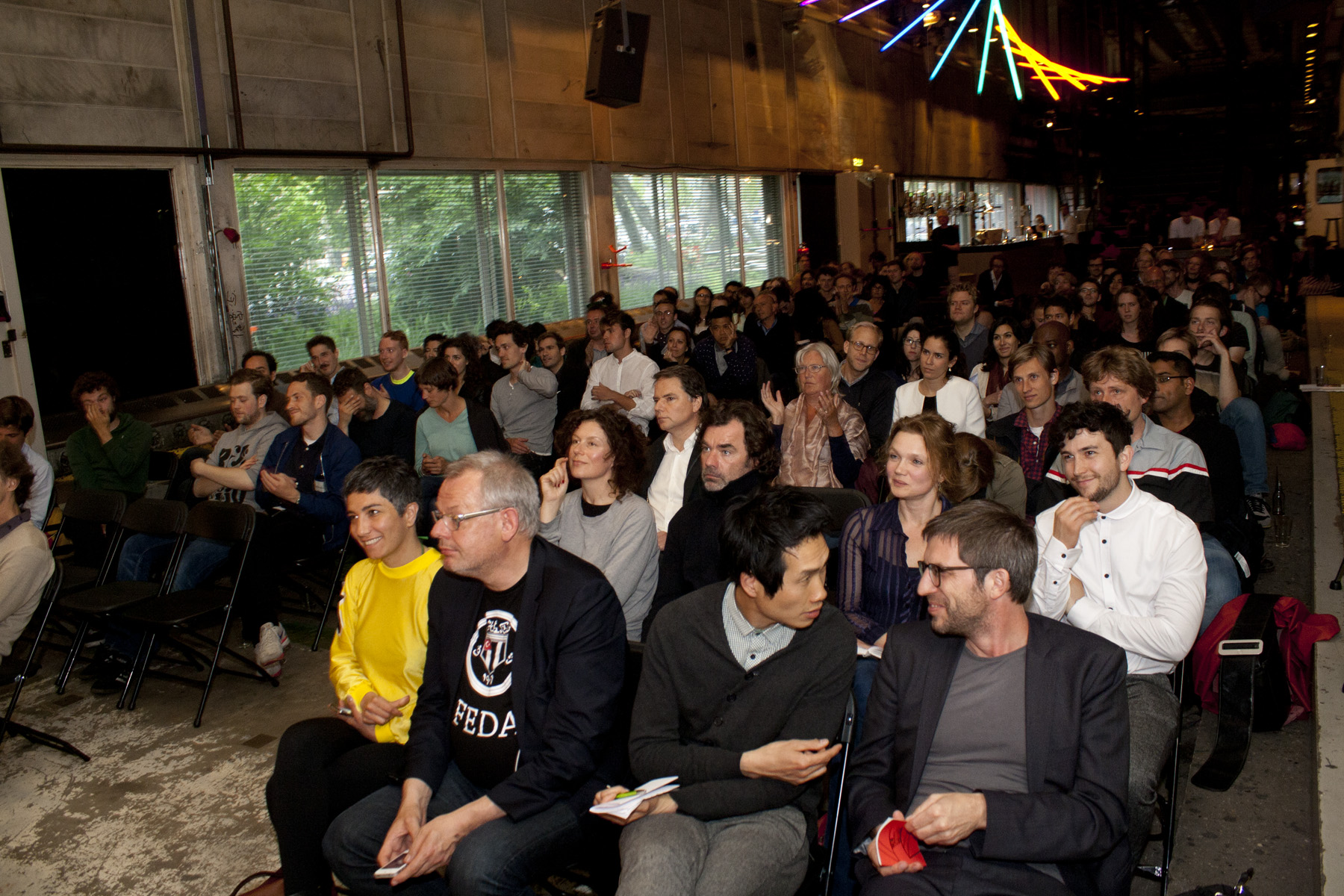 During our season finale, we had a diverse lineup of people from the worlds of architecture, urbanism and arts. Under the header ‘Beyond Failure’, the topics went from the benefits of dystopia and the certainty of uncertainty to new futures, recycled pasts and the role of architects and critics. 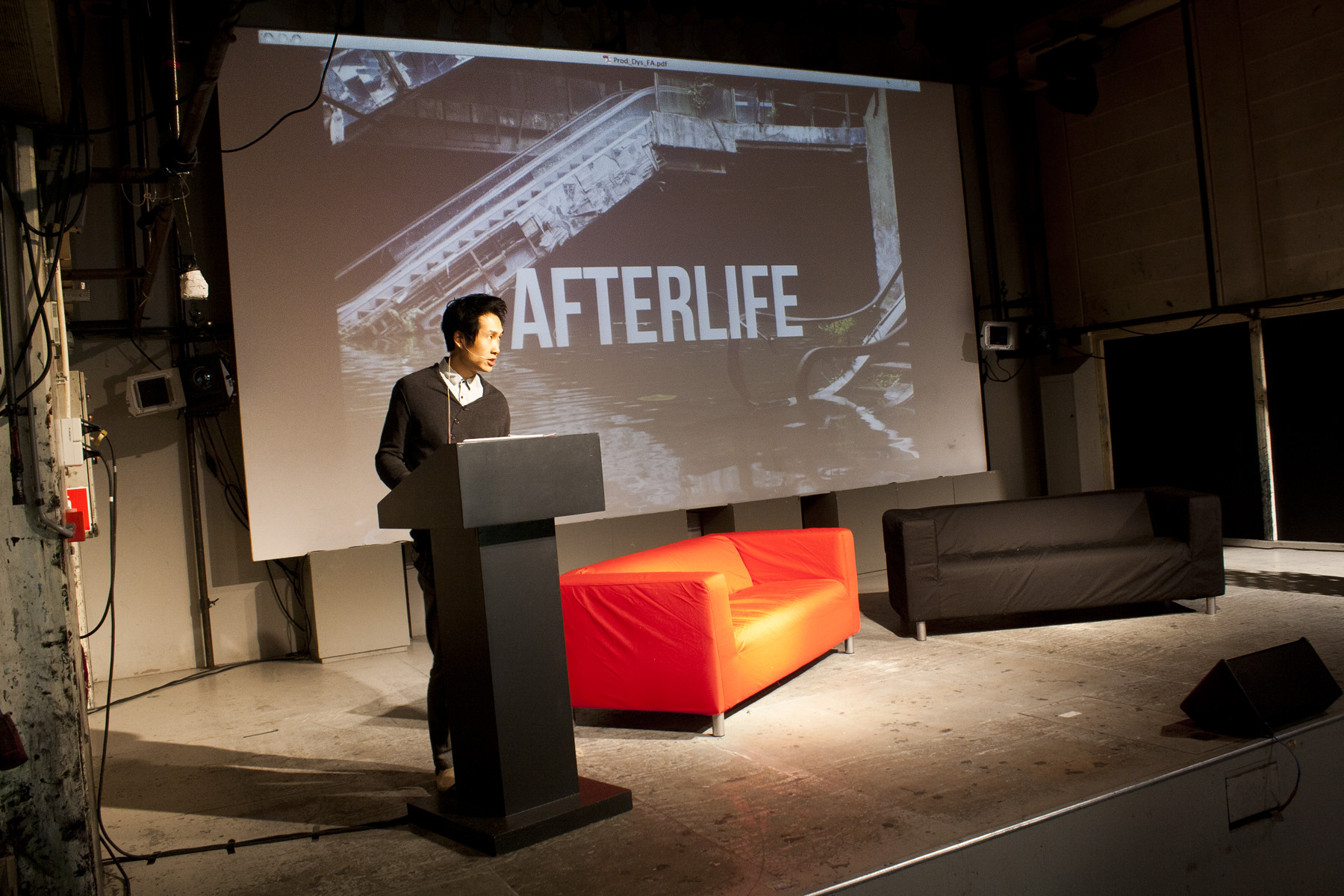 Darryl Chen, London-based urbanist and co-founder of Tomorrow’s Thoughts Today, gave a lecture about other ways of using dystopia – not as a mirror from the future, but as a proposition, an alternative present. Chen said that the actions of design are often so removed from their final outcome but that we can use dystopia to show us how to construct things in the present. His complete lecture can be watched below. 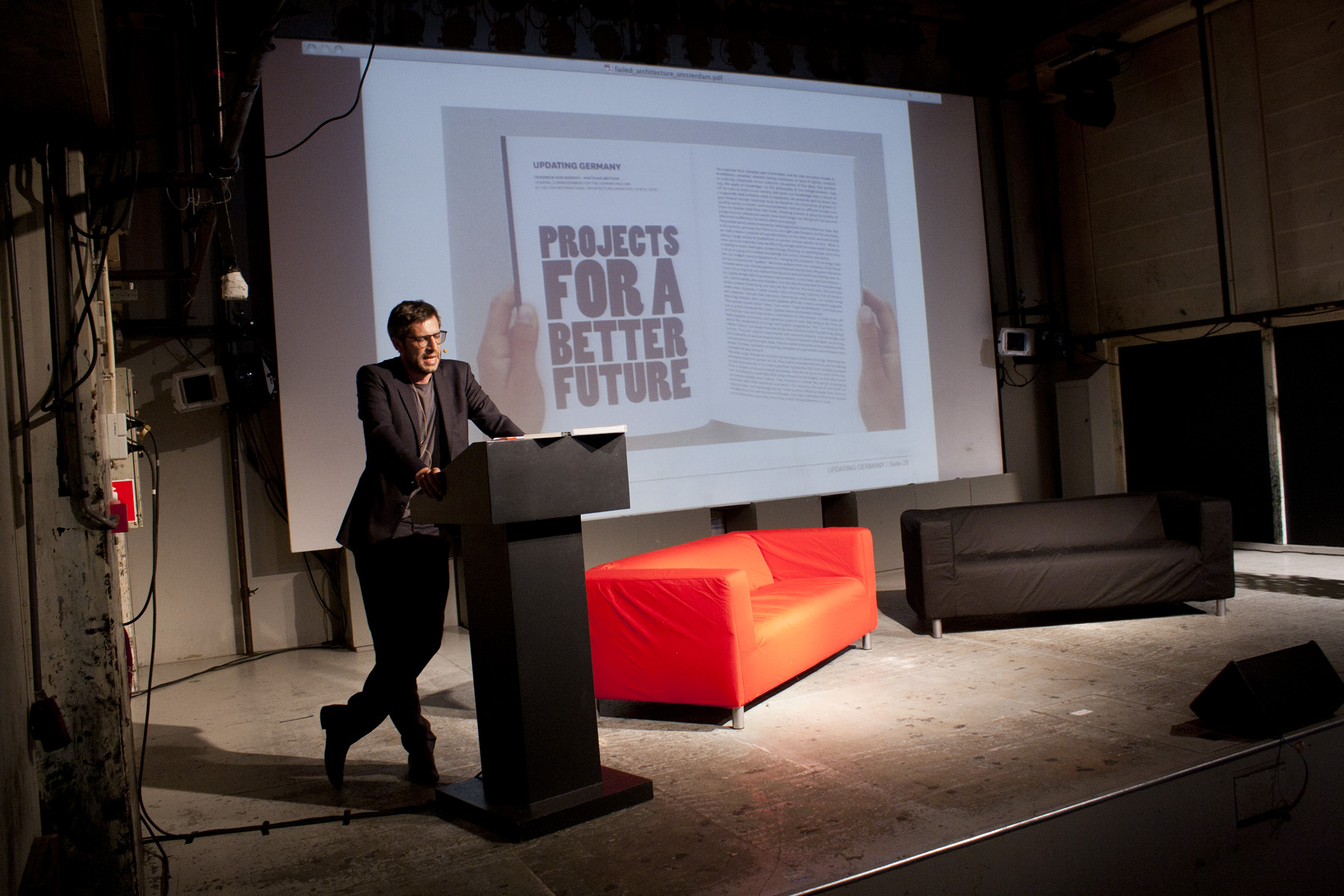 Matthias Böttger, founder of Berlin-based think tank raumtaktik, curator and artistic director of the Deutsches Architektur Zentrum (DAZ) and professor in Sustainable Architecture + Spatial Tactics at Kunstuniversität Linz, talked about speculative futures. He argued that backward steps have to be part of the architectural process, before moving forward. Moreover, what we consider a better future might not be agreed upon by a next generation. Before reflecting on Failed Architecture’s workshop on Berlin’s Kottbusser Tor, he showed Leonard Cohen’s quote “Give me back the Berlin Wall. I’ve seen the future, brother: it’s murder”. Matthias Böttger’s complete talk is below. 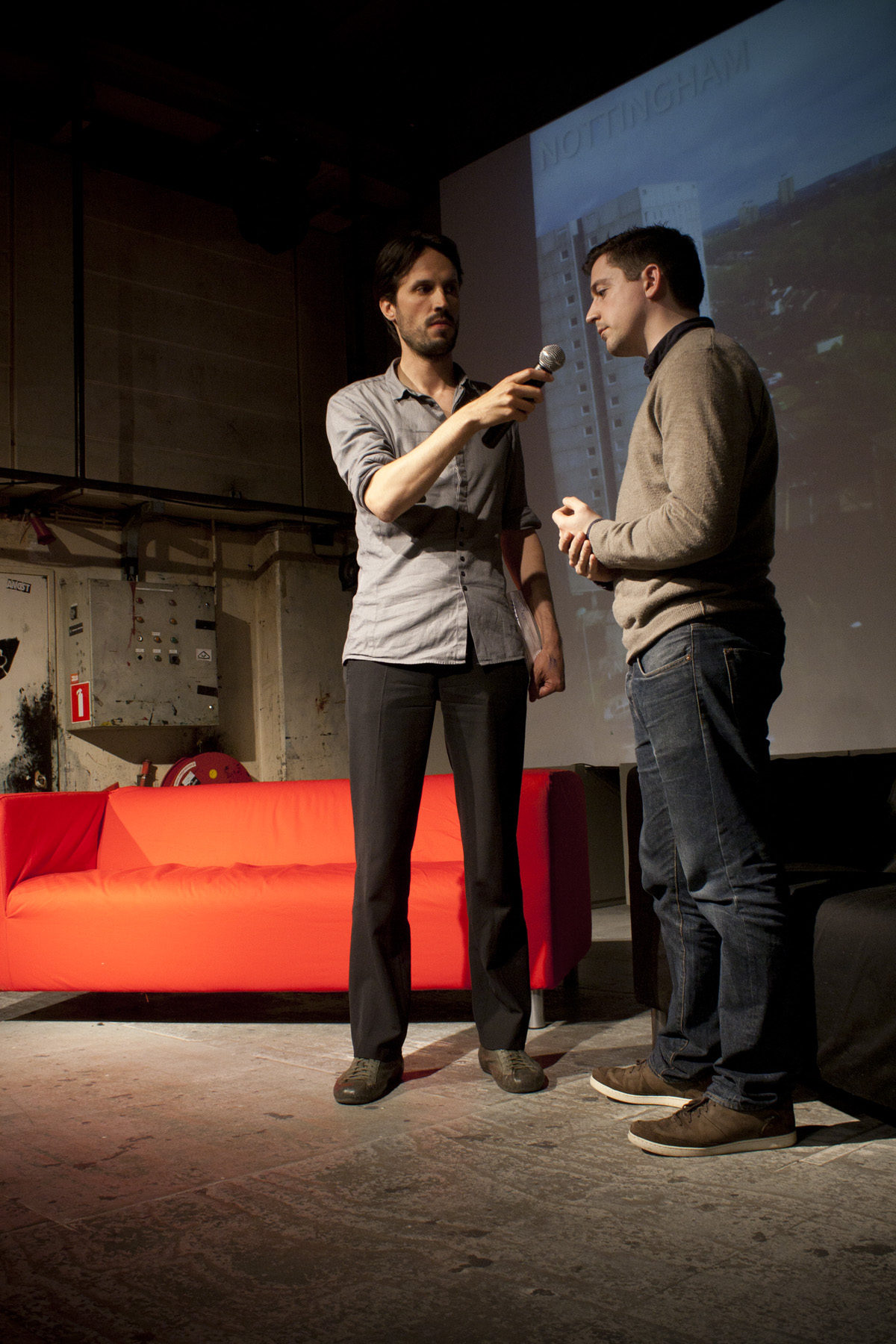 Paul MacMahon from Nottingham Trent University, joined the stage to talk about Nottingham’s Lenton Flats, an ill-fated modernist complex that suffered from neglect, stigmatization and social problems. Failed Architecture did an on-site workshop there and Paul reflected on our presence and the aftermath of it. Michiel van Iersel did a short interview with him. 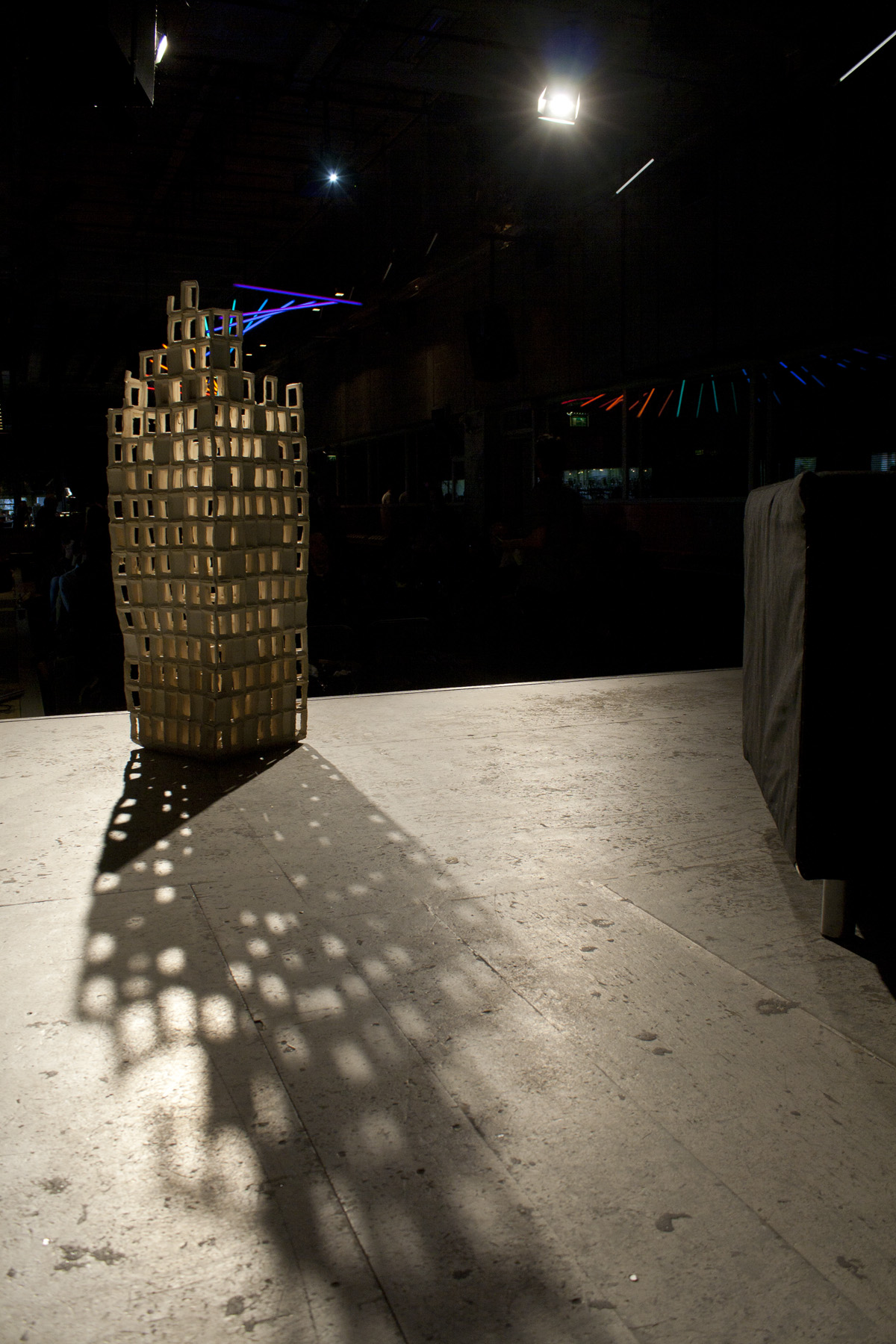 Introducing his work, which was on stage during the event, artist Tilmann Meyer-Faje showed a video of the construction process of his ceramic sculptures. Failure is an essential (and intentional) element in these works, with which he investigates the transformation of structures and their eventual collapse. 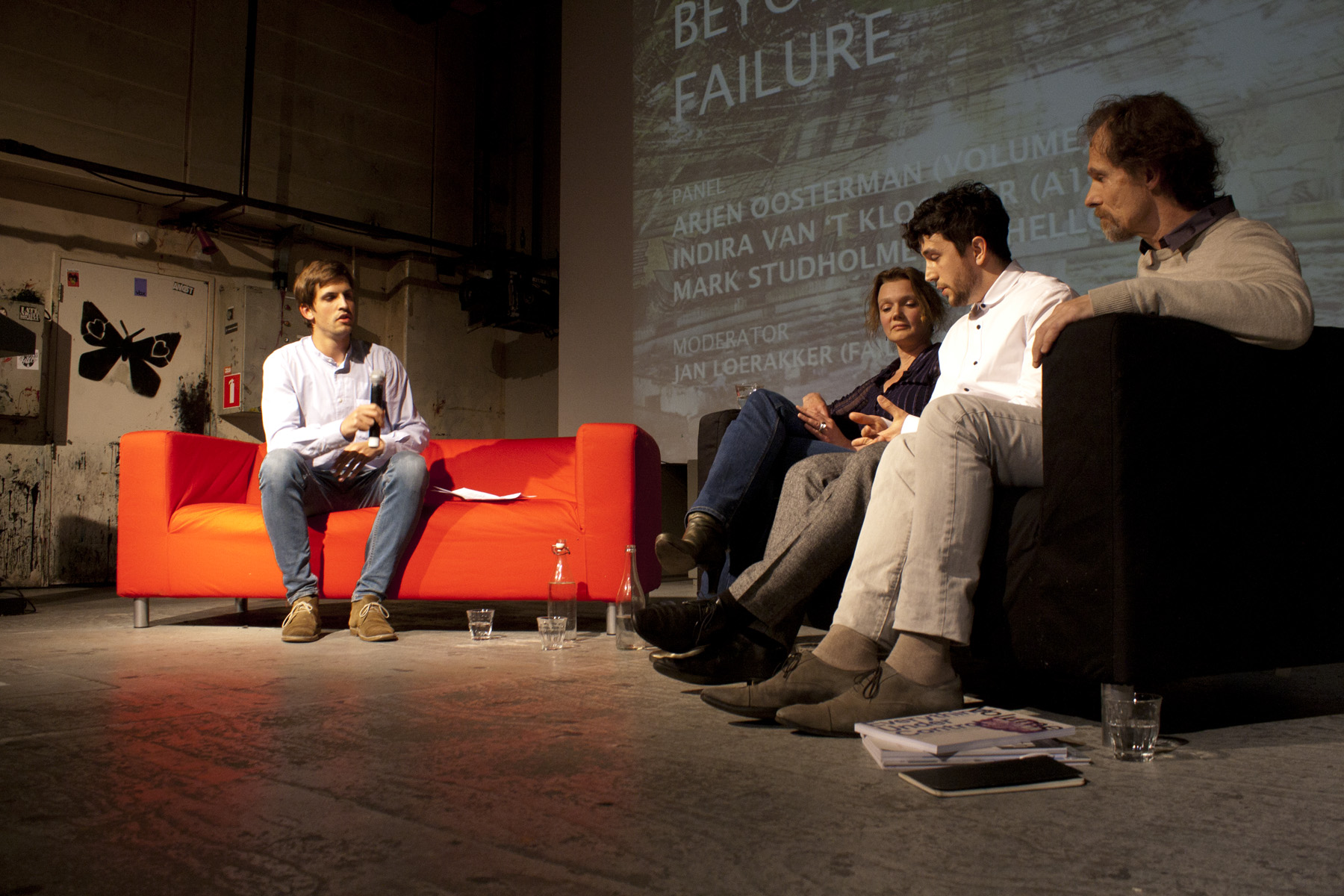 As a follow-up to Jan Loerakker’s article about ArchDaily, Jan moderated a panel discussion about the future of architecture criticism with editors-in-chief Arjen Oosterman (Volume), Indira van ‘t Klooster (A10) and Mark Studholme (Archello). They spoke about the different ways of presenting and confronting architecture in the age of the web and given the changing role of the architect. How can new types of architectural production be discussed? How subjective should a magazine be? Why don’t architects criticize other architects? These and other questions were tackled. 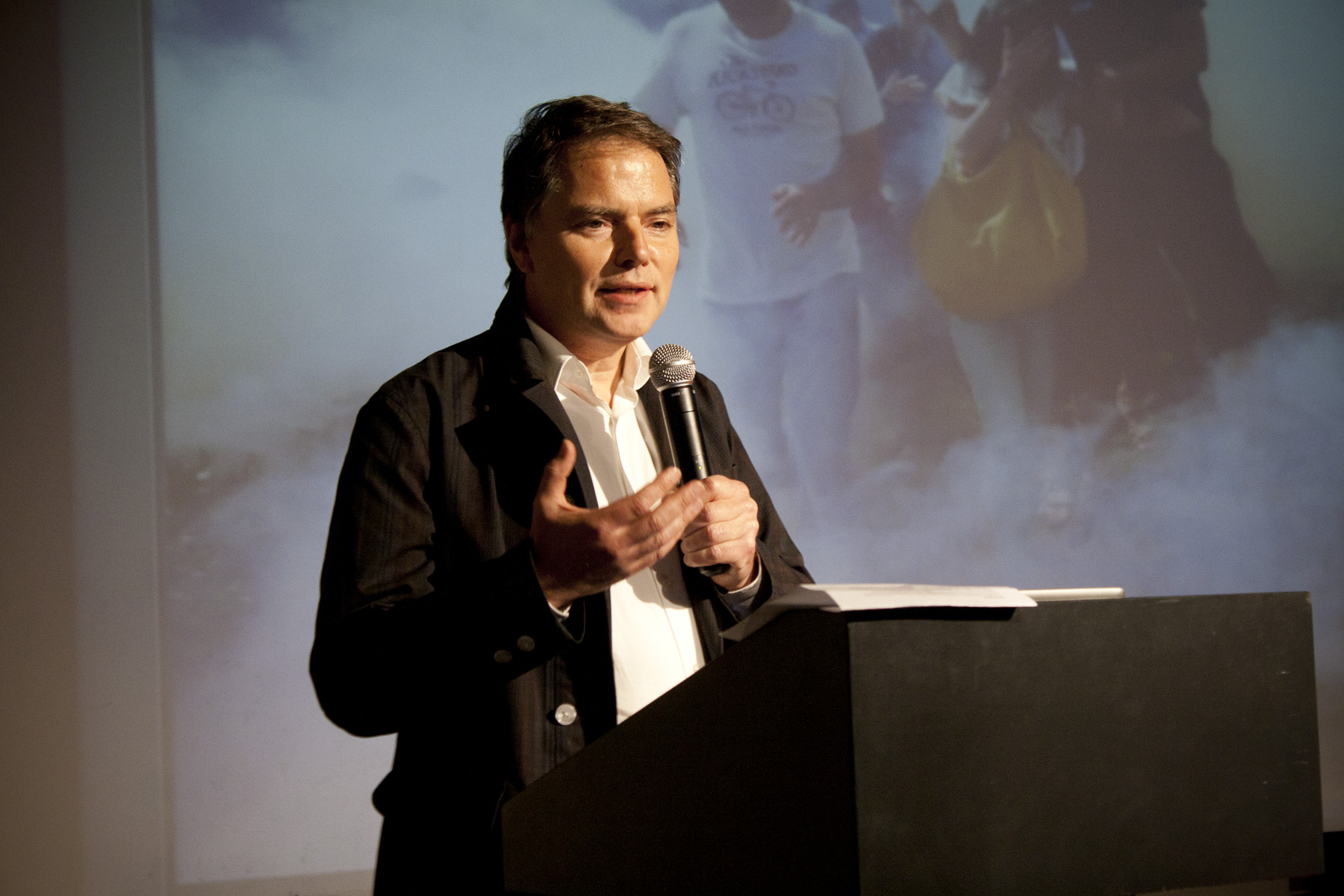 Ole Bouman concluded the evening. Bouman currently is Creative Director of the 5th Shenzhen Biennale of Urbanism. Until January 2013 he was director of the Netherlands Architecture Institute and prior to that, he was editor-in-chief of Volume. Bouman started off with the words ‘if you give yourself a bonus for failure, the end is always near’. Then, he talked about the ‘beyondness’ of failed architecture and going beyond the system, understanding, judgment and perspective, and the future of the concept of architecture.

In a response to the event – during which the image of Pruitt-Igoe’s collapse was used twice – Gary Davies wrote an article about the role of architecture in mass housing built around CIAM principles. He argues that, compared to the socio-economic problems, architecture is the least of the issues.

A great addition to the night was the Failed Architecture mixtape, mixed by Future Vintage‘s Radna.