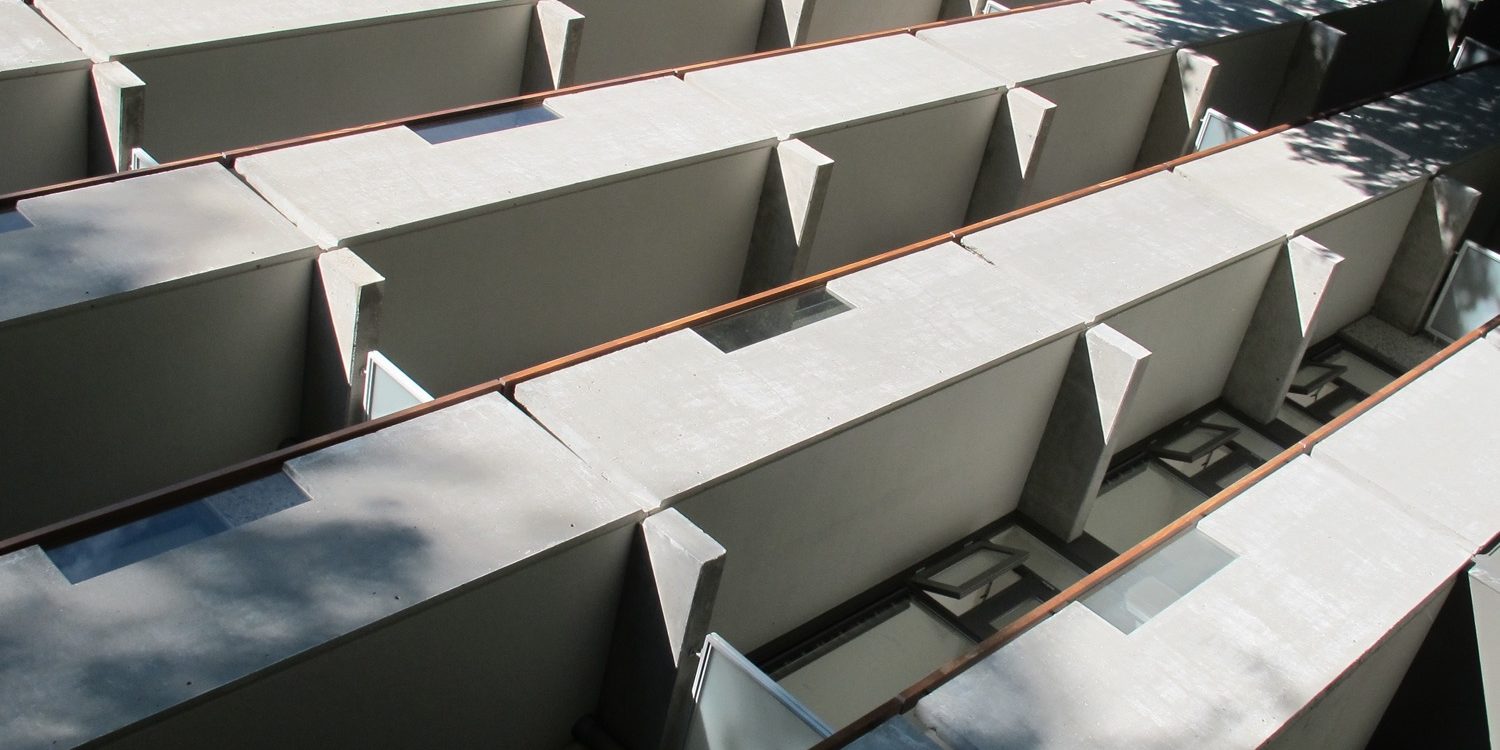 For a newcomer from across the channel seeing the Bijlmermeer urban expansion scheme for the first time offers a bittersweet taste of what every big postwar housing estate in the UK should be. It’s in good nick. It’s what the Aylesbury Estate would be if the British gave a care for all their citizens being housed in reasonably-sized, well-maintained flats. It exposes the lies that modernist architecture was a mistake, that large blocks create lawlessness and that building upwards to make way for green space produces an atmosphere of disorientating alienation from the invigorating aspects of the tightly packed city street. 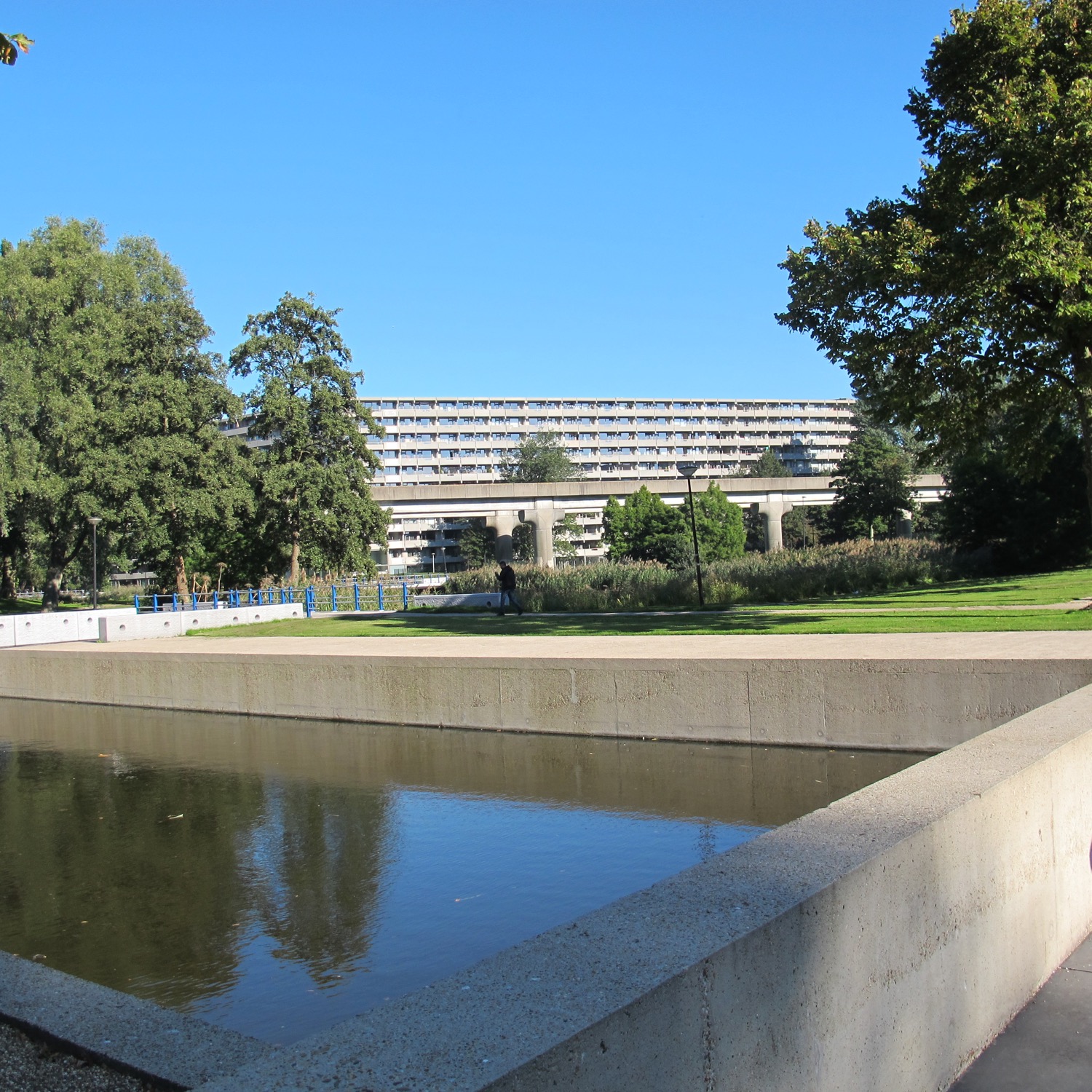 Ok, so I went there in early-autumn when the light brings everything into beautifully sharp relief and makes every picture you take look like a CGI rendering. And granted the scheme experienced the same divestment in the decades following its completion, essentially becoming a dumping ground for the massive wave of migrants from the country’s former colony, Suriname. But on the day we walked around it, the relative vitality of the place was palpable. 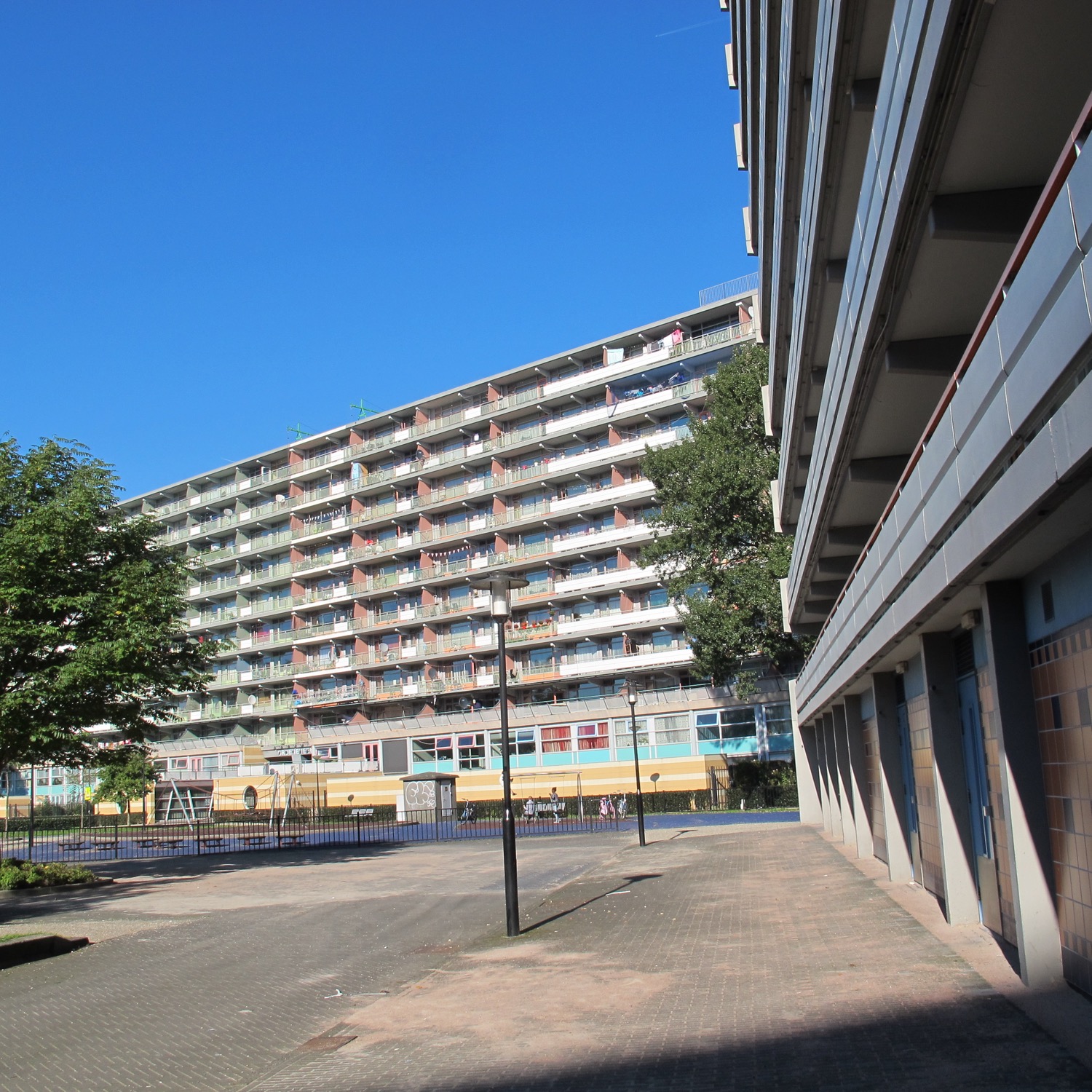 Space isn’t inherently a bad thing. It clearly isn’t when you think about how invigorating a long sojourn through open country can be (you could definitely sojourn around Bijlmer). Sure, cities thrive on the throng and their citizens benefit from a bit of hustle and bustle, from seeing their neighbours and knowing who they are. But an abundance of open space in your local area hardly precludes these things, nor does modernist architecture. And a massive block of flats won’t fail (or won’t fail as rapidly as so many have in the UK) unless you dump all the most impoverished families there, neglect to pay for basic upkeep and suck all the economic life out of the surrounding area. 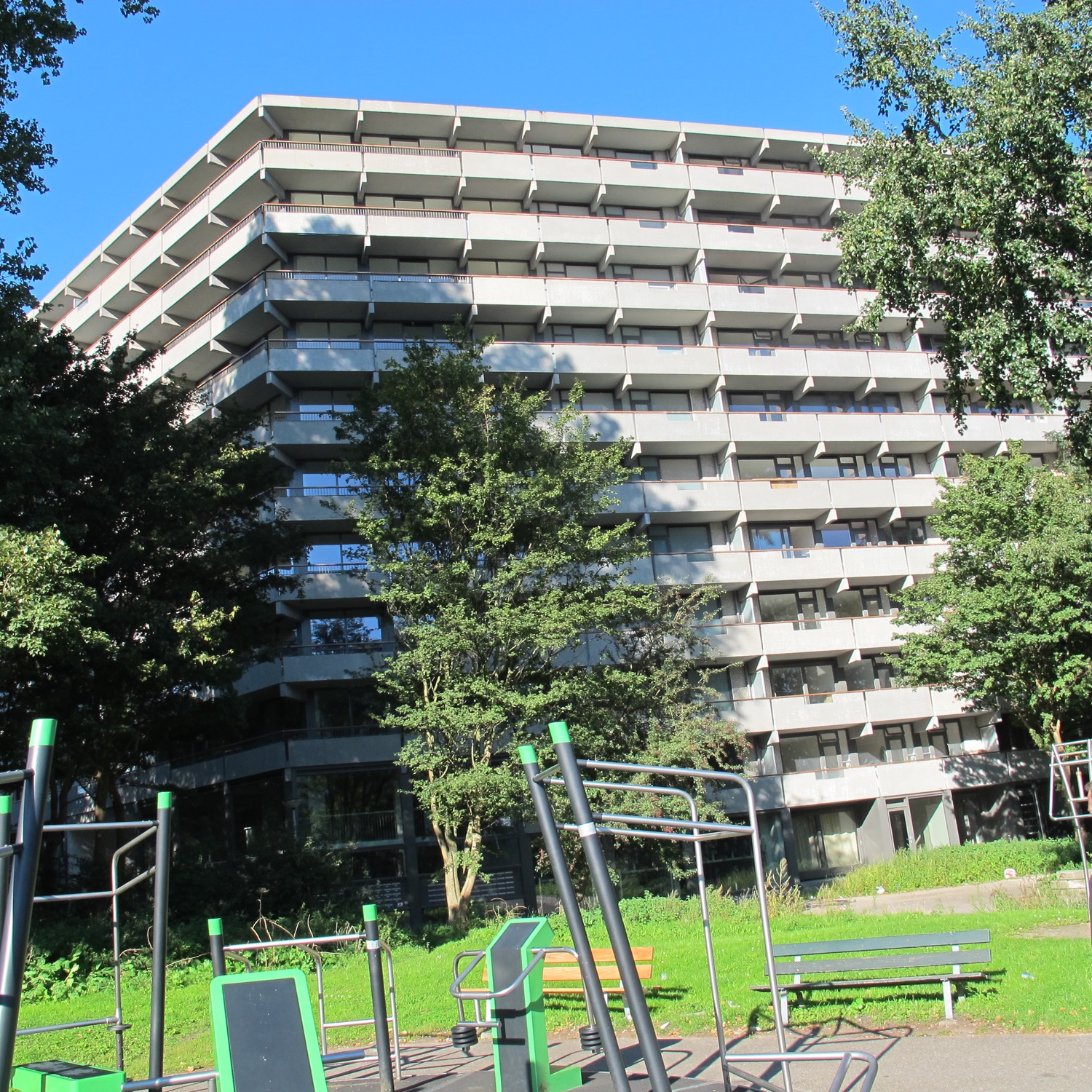 So it is with ambivalence and perhaps even a guarded enthusiasm that I greeted the invitation that the municipal authority has extended to the young and intrepid by selling off one of the blocks and encouraging them to get a flat, or two or three, and knock them together. In the process the whole place is protected, for at least a generation, from the grossly regressive treatment that local authorities in the UK have demonstrated to Bijlmer equivalents in the UK like the Heygate and Park Hill. 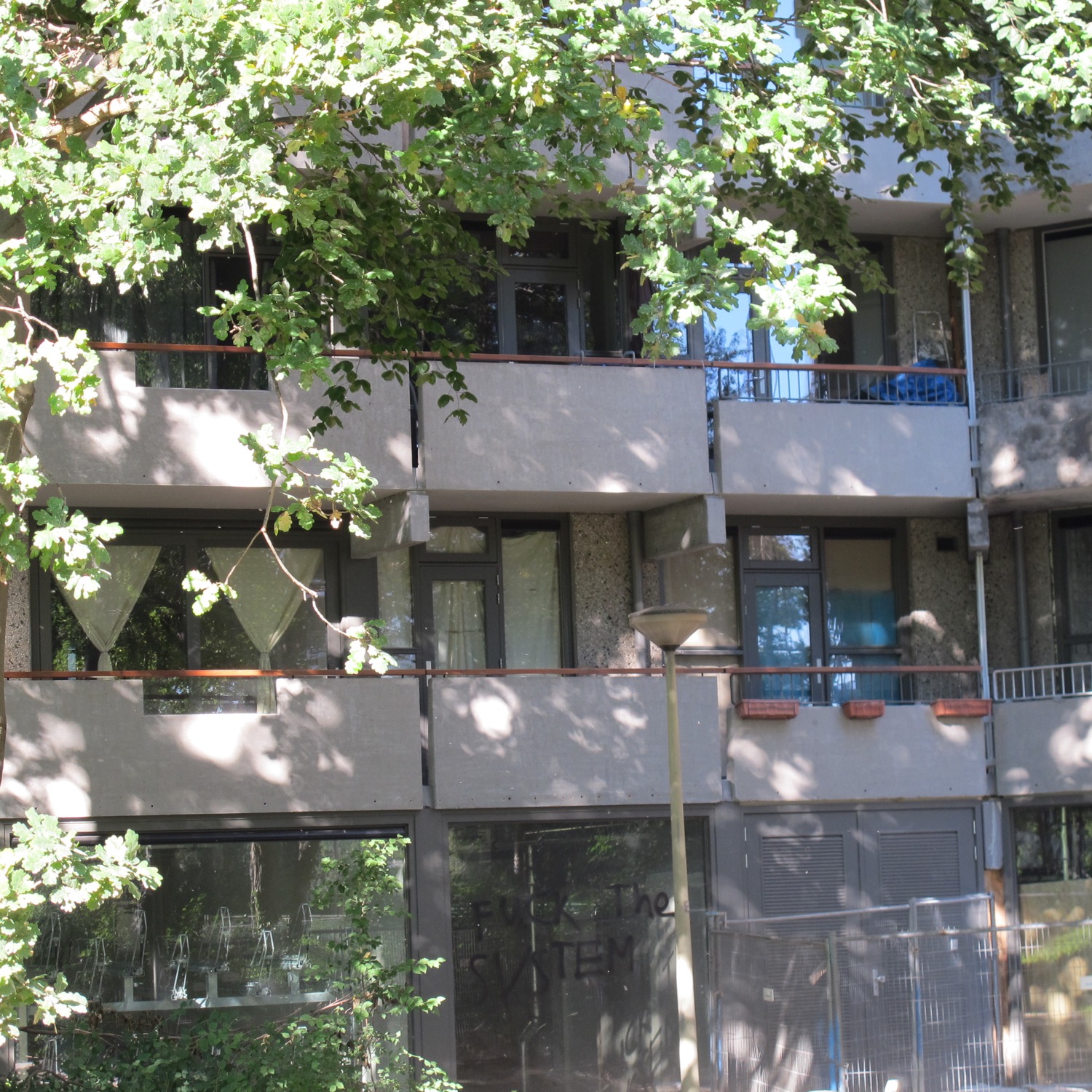 That said, it’s not all peachy. Notwithstanding the fact that the flats would be publicly owned and properly maintained in an ideal world, there is a pretty glaring problem with the refurbishment. The problem is the presence of exposed concrete on a block that was previously free of it. Once assiduously concealed, concrete is now an essential selling point. The customer expects a concrete aesthetic from regenerated former social housing so the developer has helpfully obliged. The obvious application of concrete is completely silly. That it is not only buyer but developer who is sensitive to concrete’s resurgence underlines a rapidly emerging spectacle of concrete. Of course, concrete has been back in vogue for a while (the recent Stirling Prize winner really consolidating this status). But this tells us that it’s going to be mainstream very soon.