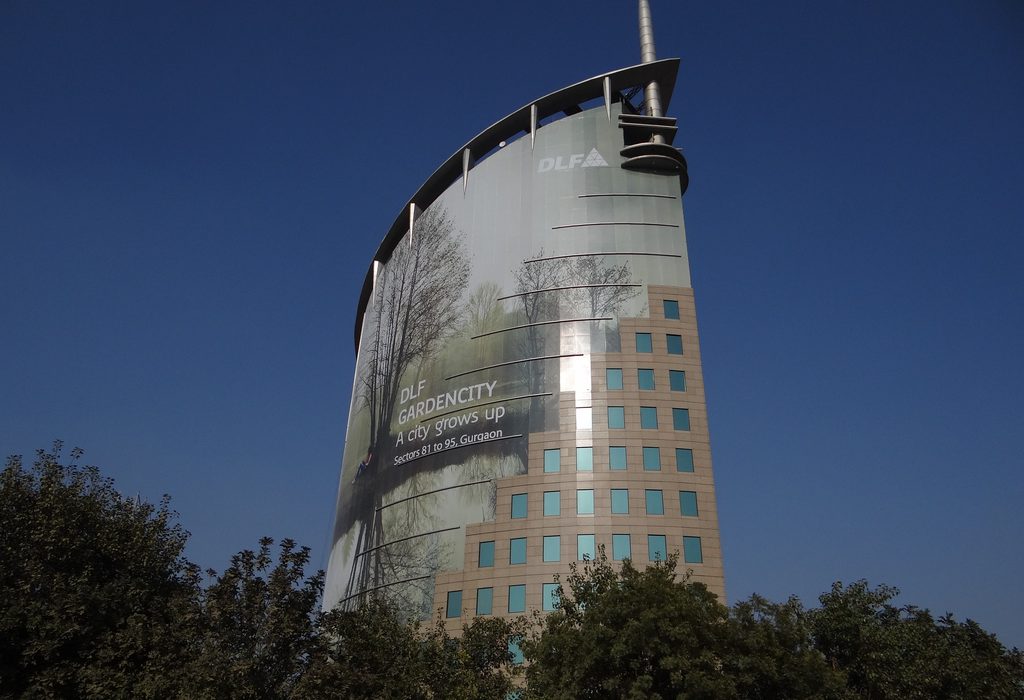 Shriya Malhotra describes Gurgaon's Gateway Tower as a symbol of the city's privatization and its unsustainable and inequal growth.

Until about 20 years ago, the Indian capital of Delhi would have been described as a low-rise city, with beautifully planned parks and architectural gems that echo its many identities overtime. But like all major cities it started to expand outward and upward. The national capital region of Delhi now encompasses the city of Gurgaon, in the neighboring state of Haryana, as well as Greater Noida in the state of Uttar Pradesh.

Gurgaon has experienced rapid urban development driven by privatization and huge financial investment, which has resulted in a form of planning which is inequitable and unsustainable. According to the Census of India, between 2001 and 2011, Gurgaon’s  population grew 73.9% to 1.5 million people. The city, which has mostly been privately developed for commercial and residential spaces, experiences rampant crime and a lack of street life because there are few footpaths or markets, with formal planning rapidly taking the place of informal spaces. Gated communities shun one another, isolating the capital’s wealthy into high-rise towers. 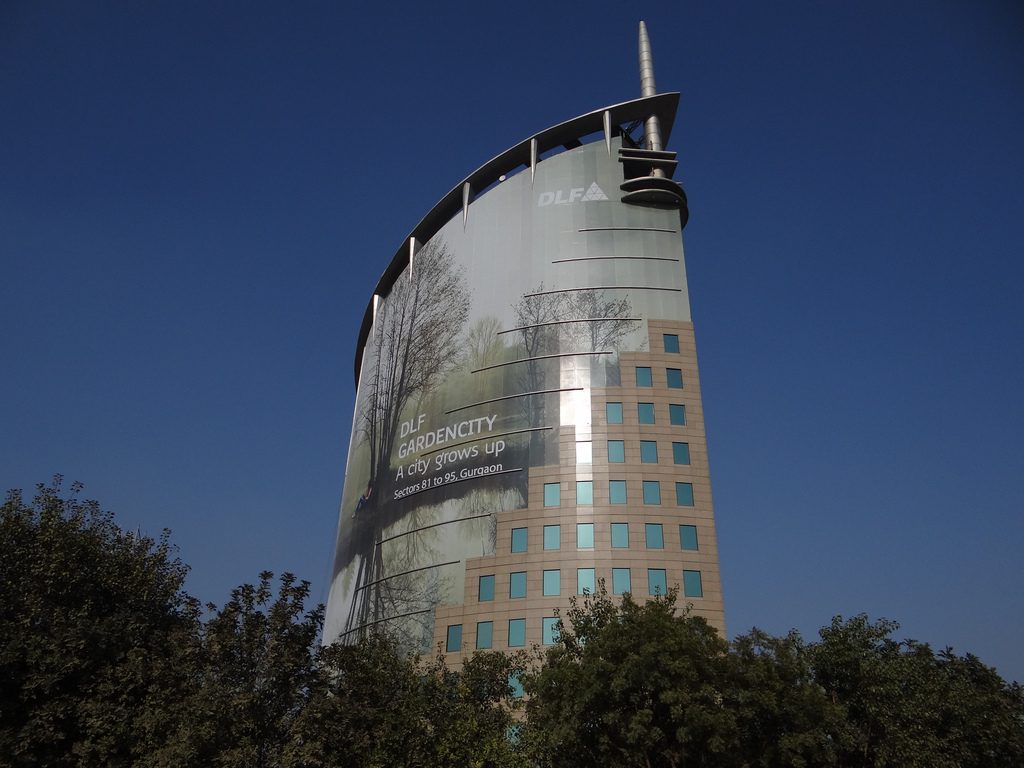 One of the first buildings constructed here is an unfortunate eyesore which became an early trend for other building developments in the area: the Gateway Tower. Referred to as the ‘Titanic’, it was constructed to be unmissable as you cross the toll from Delhi and enter Gurgaon.
The Gateway Tower was built by Delhi Land & Finance (DLF), India’s largest commercial real estate developer, when Gurgaon first opened up as a special economic zone (SEZ). It got its nickname ‘Titanic’ – for its size and shape – but bears no relevance to the landlocked and arid urban landscape in which it is located.

Its architect is the renowned but controversial Hafiz Contractor, whose work rarely addresses issues of social impact and is guided by free market principles. Despite being one of India’s most successful commercial architects, he has made public statements like “Green-buildings are a joke” and criticizes the idea of sustainable construction standards from the west – but doesn’t seem to address any alternative solutions in his own work.

People admire this building for being an engineering feat, a symbol of futuristic, modern architecture. For being a gateway to Gurgaon, symbolizing the foreign direct investment and corporates who work there. The building itself is even occasionally used for corporate advertising. 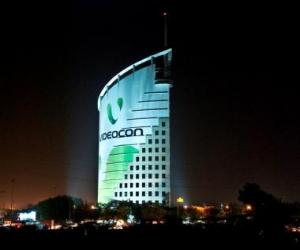 The Gateway Tower used for advertising.

But in context, it symbolizes little apart from the rampant spread of capital and of real estate development in a former agricultural space. It highlights the ills of private players and how they can plan a city without planning regulations or sustainability principles.

Standing out like a sore thumb it seems a challenged construction for a city which experiences summers of 40 decrees Celsius. One has to wonder about the ramifications for air conditioning costs in such a large glass building where the electrical demand already outstrips supply  – and how it pulls water for a 12 storey high-rise complex in a city so close to the desert already experiencing water shortages?

To me, its not just the architecture of this building itself or the messy traffic jams around it which are a failure, but more so that it is symbolic of the chaotic, private urban development which plagues Gurgaon – and that as a landmark first building for the area, it has started a trend for the worst. The building, sadly, is a symbol of its rapidly growing, unplanned and unsustainable urban development. The building raises questions about sustainable and inclusive construction and planning in Gurgaon. Home to innumerable shopping malls, fancy apartment complexes and golf courses, Gurgaon lacks many basic public services – it has no functioning citywide sewer or drainage system. There is a lack of public transport facilities and about 4 times as many private security hires as there are police. A civic activist has described Gurgaon as “a patchwork of private islands, rather than an interconnected city.”

The Gateway Tower stands in stark contrast to the impoverished edges of Gurgaon, and reflects the widening gap between rich and poor. As Jim Yardley of the NYT points out, “With its shiny buildings and galloping economy, Gurgaon is often portrayed as a symbol of a rising “new” India, yet it also represents a riddle at the heart of India’s rapid growth: how can a new city become an international economic engine without basic public services? How can a huge country flirt with double-digit growth despite widespread corruption, inefficiency and governmental dysfunction?”

Ultimately, the Tower is a symbol of haphazard unsustainable planning, of huge inequality and failed urban planning.

Shriya Malhotra
Shriya Malhotra is an urban researcher and intervention artist with Partizaning in Moscow. Originally from New Delhi, she completed her masters degree in Cities and Urbanization at the New School in New York. She uses participatory arts-based methods to understand issues of mobility, migration, social inclusion and public health.