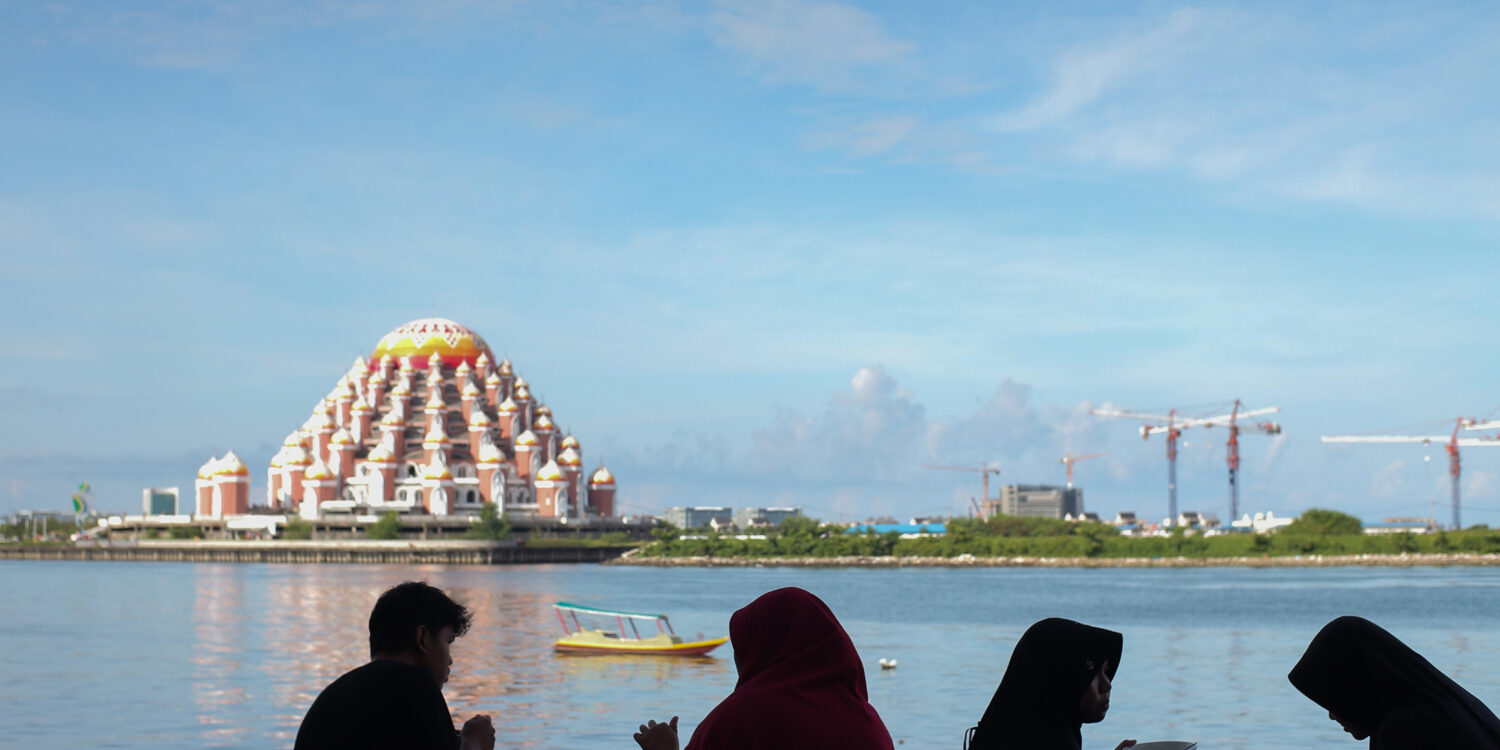 Lahan Becek: Beyond Terraformation, Towards Wet Lands of Opportunity

Taking large-scale land reclamations as a point of departure, this collaborative research project by Gudskul, Failed Architecture and RCMC engages the notion of terraformation and kicks off with two presentations in spring 2022.

Lahan Becek is an ongoing collaborative research project convened by Gudskul, Failed Architecture and the Research Center of Material Culture (RCMC). It explores multiple critical imaginations on the notion of terraforming, specifically by intertwining large scale production of space such as land reclamations and everyday spatial practices in Indonesia. Besides the ongoing archival and field research, these themes have also been examined as a co-learning subject for the Praktik Spasial course at Gudskul: Contemporary Art Collective and Ecosystem Studies. The work of the participating collectives will be virtually exhibited on March 31st 2022, while the initial findings of the Gudskul and Failed Architecture researchers will be presented on April 14th 2022.

Lahan Becek is a slang word of Lahan Basah (wetlands). In Indonesia the phrase is often associated with ‘open land’ or ‘arable land’. It illustrates the natural state of wetlands perceived in environmental sciences as a place where land is covered by water, such as marshes and ponds, the edge of a lake or ocean, the delta at the mouth of a river or low-lying areas that frequently flood. In casual conversations in Indonesian, ‘Lahan Becek’ is invoked to express  ‘opportunity’, referring to something like a large project, profitable work, or even the loophole for corruption. The socio-linguistic aspect of the phrase reflects the culture of an agrarian and maritime-based society that relies on wetlands as a source of everyday needs.

In this project, Lahan Becek implies the state of ubiquitous wetness as an inevitable situation around tropical land, while also evoking the imagination of prosperity and opportunity with regard to existing wetlands. It also functions as a conceptual counterbalance to the many large-scale land reclamation projects currently taking place across Indonesia, which continue to impose a radical separation of land and water despite rising sea levels and changing weather patterns. By doing so, the term also opens up the possibility for wider discussion on these issues, while highlighting new perspectives on the historical importance of the interface between land and water, the colonial roots of modern engineering and in particular vernacular ‘terraforming’ practices.

The participants of the Gudskul Collective Study batch 3 have, in the context of the course praktik spasial, been working on the notion of terraformation, while remaining grounded in the lands where they are from. The nine participating collectives are based in different areas within Indonesia, such as Jakarta, Bandung, Yogyakarta, Surabaya and Palu. Each collective set out to read, reflect or intervene on the theme within their own context, while taking into account that not only each place is specific but also each collective has its own perspective. All collectives have ultimately produced a work interrogating terraformation and related themes while imagining new spatial futures. All the works are exhibited virtually through praktikspasial.gudskul.art.

Among the many subthemes disasters have been most prominent, as residues of incomplete pasts and starting points of uncertainty over future spatial developments in Indonesia. Many cultural expressions embody the hereditary intelligence to deal with these changes, which preceded scientific knowledge in daily life. Class discussion has subsequently generated different imaginations, from situated mythology haunting spatial production, shrinking cities, spatial juxtapositions of the nation’s ideology, traces of memory on infrastructure, speculative history of spaces, counter-narratives of space and daily life of a post-disaster zone. Different modes of articulation are used, from performance art, video and a short documentary, myth-making, historical fiction, interactive digital features, archives and photographs. 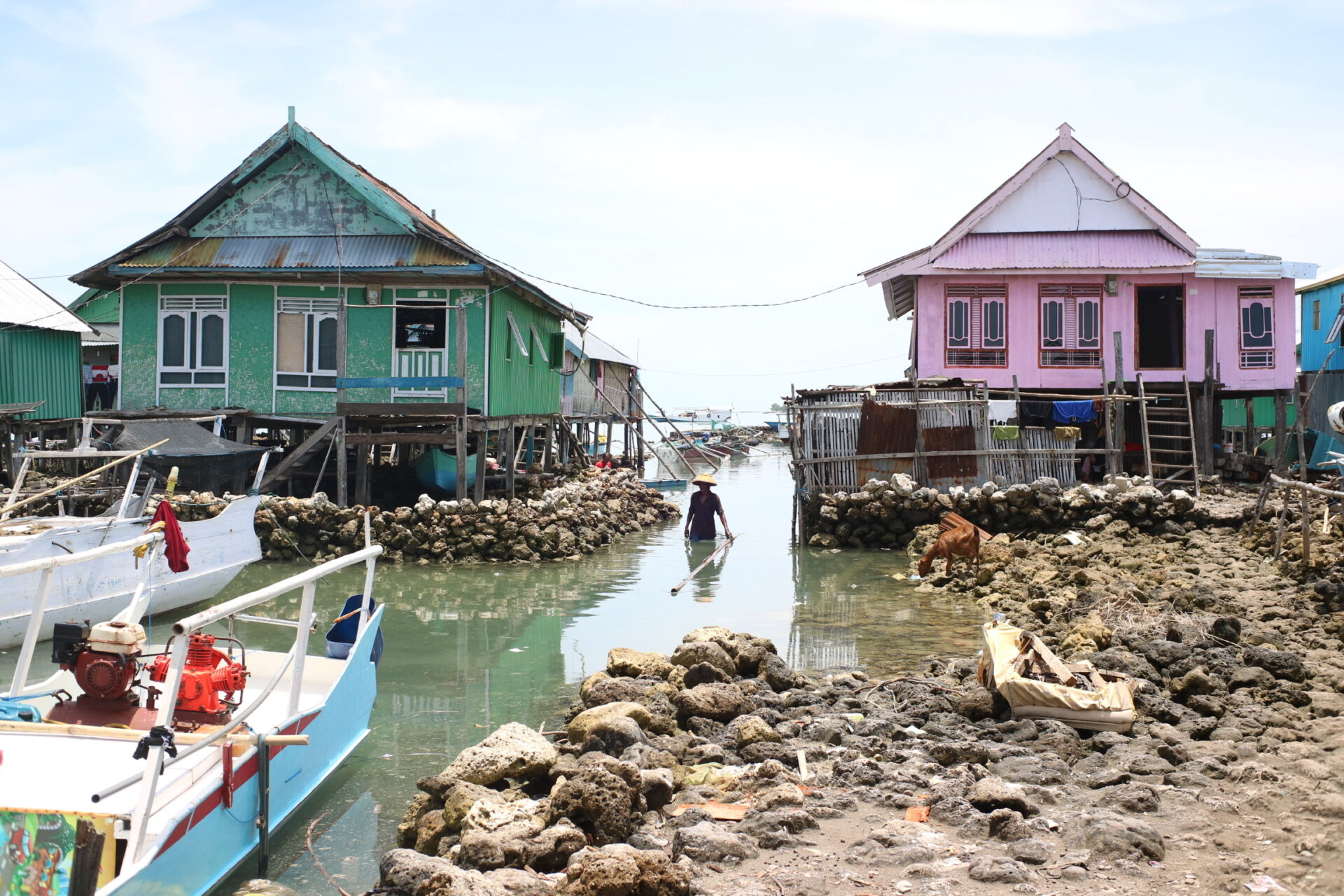 Countless ambitious land reclamation projects are currently reshaping Indonesia’s coastline, mostly for maritime industries but in particular also for high-end real estate near urban centres. These terraforming practices started in the colonial era with the construction of harbours, which were a crucial link in the chains of colonial extraction. Today’s land reclamation projects are in many cases still being carried out by Dutch multinationals, some of which were already active during colonial times. In some cases, such as in the city of Makassar, the process of reshaping the coastal landscape has been going on for more than 400 years. In this particular example, local fishing communities are currently resisting the most recent land reclamations, echoing centuries of resistance against Dutch colonial rule and its most immediate impact.

This research project not only seeks to advance the understanding of the historical and contemporary scope and impact of land reclamations across Indonesia, but in particular also seeks to create space for new, critical perspectives on these phenomena transcending the postcolonial framework and everyday forms of spatial criticism. Through the notion of ‘ubiquitous wetness’, as opposed to the colonial obsession with separating solid earth and wet water, researchers related to Jakarta-based Gudskul and Failed Architecture Amsterdam have engaged with vernacular terraforming practices, shorelines as interfaces and the colonial condition as a context for the emergence of the engineering profession.

The research presentation, with contributions by Rifandi Septiawan Nugroho, Rifqi Fajri, Daphne Bakker, and René Boer, will be held on Thursday 14 April 2022 starting at 8pm in Jakarta, which equals 8am Bogotá, 9am New York, 3pm Amsterdam and 4pm Beirut/Istanbul. Join us in zoomspace via this link.