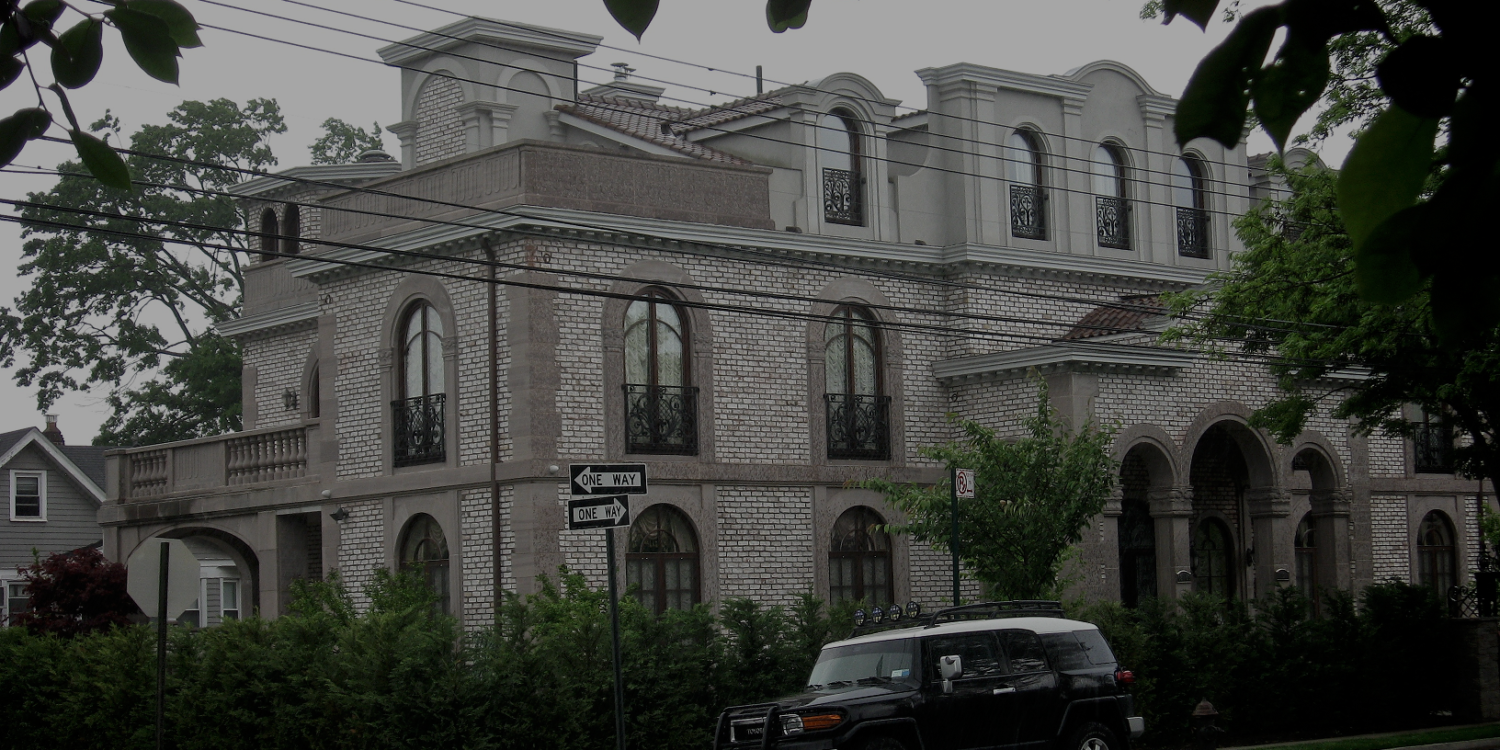 “Look, architecture is over,” declared longtime New York resident Kevin Walsh in 2008, in response to an article the Gothamist ran on new zoning laws in Forest Hills, Queens. Walsh, founder of the local nostalgia website Forgotten New York, was objecting to some of the remodeling efforts being undertaken the wave of Bukharian Jewish immigrants that began flooding the neighborhood earlier in the decade. Driven from their adoptive homelands in Central Asia by the collapse of the USSR, forced out of backwater republics with basket-case economies such as Uzbekistan or Tajikistan, many of them now pulled up stakes and practically airlifted into Queens. Unfortunately for the borough’s more “indigenous” (i.e., Ashkenazic) Jewish inhabitants, their Mizrahi cousins brought with them their culture’s bizarre building habits and aesthetic preferences. 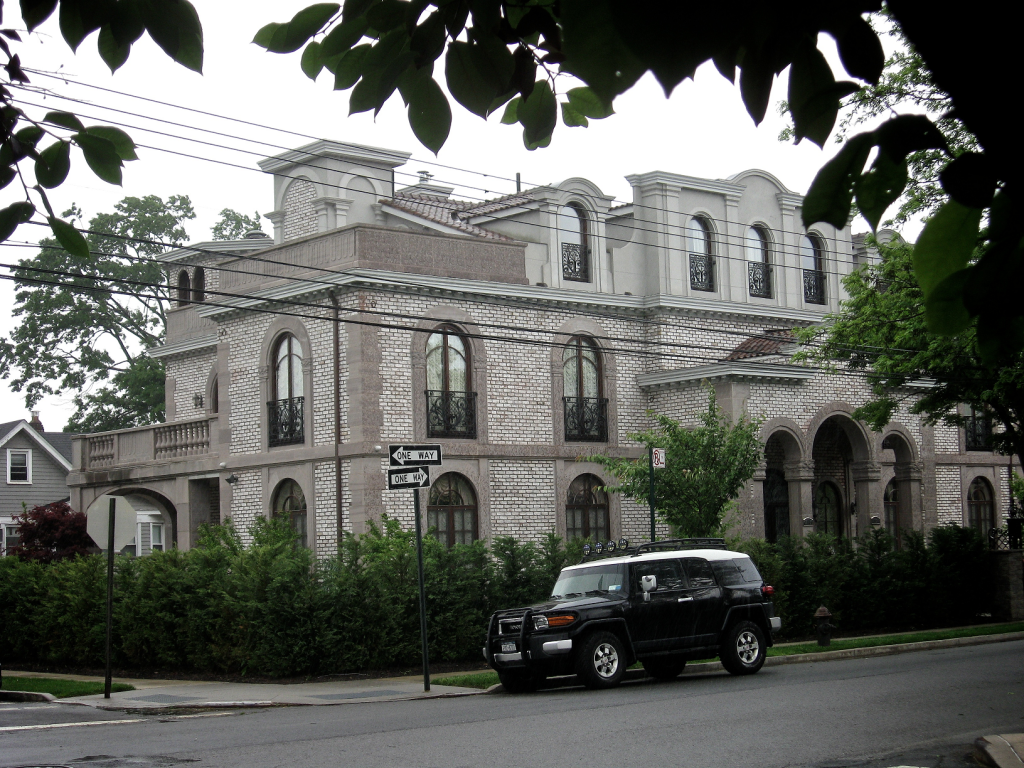 Ripped out of their native context within the Uzbek architectural vernacular and transplanted into a satellite district halfway out toward Long Island, the mammoth mansions the Bukharians began installing clashed harshly with the gentle gables and turreted masonry of the older, more manorial estates that previously made up this part of the city. Hoping to preserve the neighborhood’s prestige and air of respectability, residents of the “romantic suburb” of Forest Hill Gardens — a quaint Tudoresque cottagescape loosely inspired by the reformist principles of Ebenezer Howard — revived long-forgotten provisions from its building code that’d been collecting dust for years. With the help of some especially prohibitive requirements still on the books, they were largely able to quarantine the unwelcome newcomers. Stylistic elements originating in Bukhara were thus relegated to a series of cramped and out-of-sight blocks, neatly tucked away behind two rows of prewar high-rises across the way from Queens Boulevard, a treacherous twelve-lane thoroughfare. 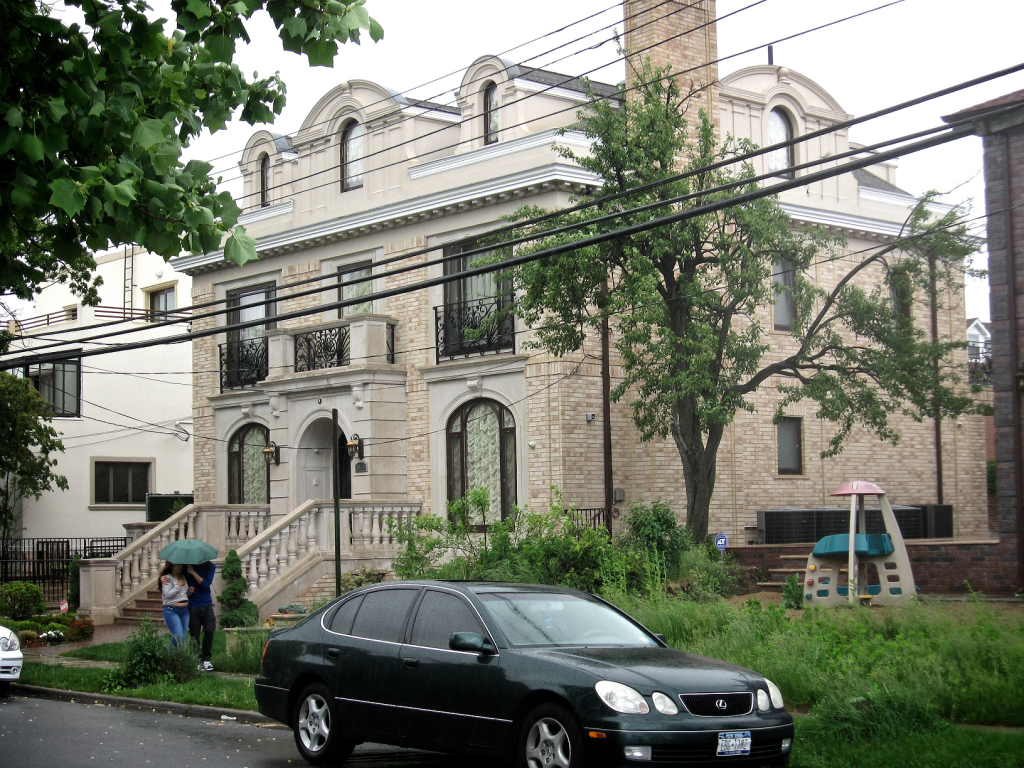 Extravagant though they may have been at times, the old mock Tudor houses once dominant here now pale before the unbridled grandiosity of the Bukharian homes being built. All the conventional virtues of the Elizabethan home Muthesius celebrated a century before in his study of Das englische Haus are thus flouted, shattering any prior sense of proportion or typological uniformity. Rather than sturdy half-timbered façades and steeply pitched roofs, pale pink marble slabs made from imported Jerusalem Stone surrounded by tacky chromed-out fences and shiny metal gates. Instead of manicured gardens, no gardens. Just paved lots, devoid of greenery, onto which they stack storey after storey in order to maximize occupancy – usually in large families – over limited square footage. 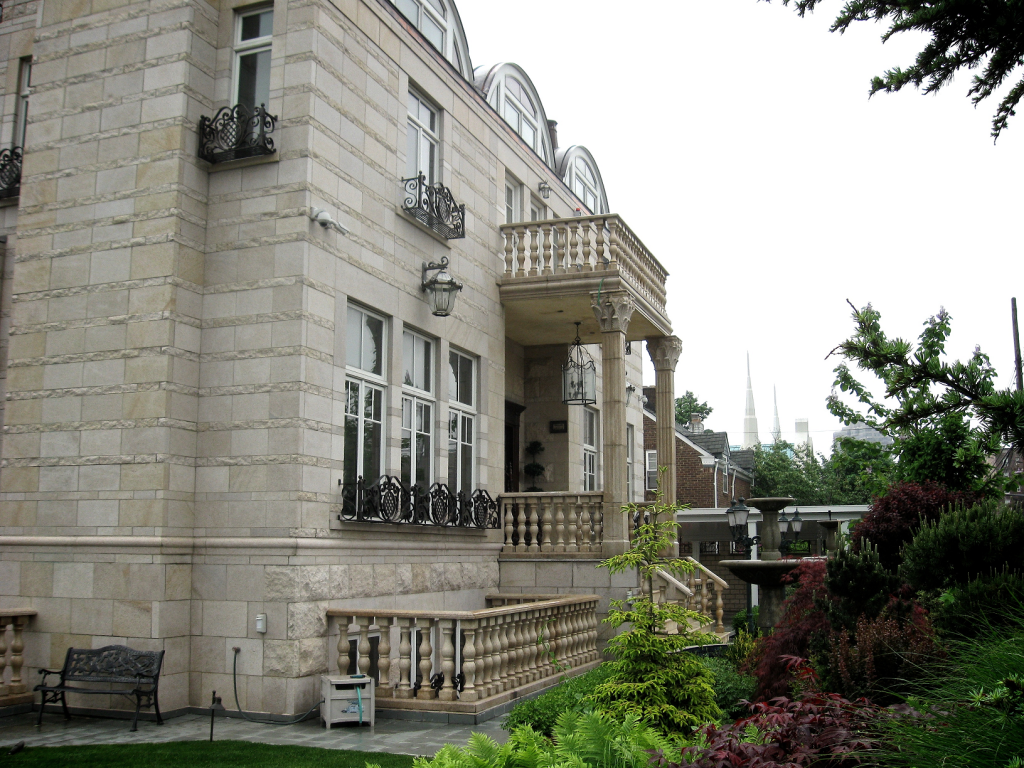 For Failed Architecture’s category of “worst architecture,” then, I choose to nominate a whole class of problematic buildings rather than a single infamous building. New York has its fair share of bad architecture, but these are the worst.

Ross Wolfe
Ross Wolfe is a writer in NYC focusing on Marxism, Soviet history, critical theory, and avant-garde architecture. He blogs at The Charnel-House.

add comment
Larisa
People who came to this country from Tadjikistan and Uzbekistan were always prejudiced against. In former Soviet Union they were called jews, paragraph 5 in the passports and here we looked down upon because once again we accomplished something the writer cannot accomplish himself. I don't see the Author going to Alpine, NJ and state the same facts about homes that are built there. Same style. What exactly the author is comparing Bukharian Jews too? Has he seen Siryan Jews? When Bukharian Jews came to the states and began flipping homes that they live in, Real Estate went up more than 50% (why isn't the author talking about that).
Victor
The author is upset about a community that worked hard to make a good living and provide for a better future for their kids and build expensive homes to their taste. You certainly can write well but your perspective is very biased/prejudiced. Write about something a bit more meaningful rather than focusing on the riches of a unified community that have preserved in their struggles and accomplished quite a bit in just one or two generations. Only a weak and cynical mind can write a story of this kind.
John
The homes are beautiful, you are just jealous. Thanks to these immigrants the community is thriving. They are successful, intelligent people who love life and family. They work hard and want to live in luxury.
Related