Listen to this episode
#01 Data Space: the Architecture and Impact of Data Centres
A Podcast on Architecture and the Real World
esc
Make failed a success.
We need your support so that Failed Architecture can do more articles, podcasts and events.
€927 donated monthly of €950 goal
donate
share this article

Instagram photos, public transport information, streamed music and Netflix movies seem to appear out of thin air on your phone, don’t they? Well, getting them onto that screen isn’t as light and easy as it feels. There is, in fact, an immense and decidedly heavy infrastructure powering the cloud. More and more architecture is being designed and built to house server space and internet connection hubs. Since these buildings typically use as much energy as a medium-sized city, our digital lives have a direct environmental toll. Minimising this footprint is one of the data centre industry’s main issues.

This episode was triggered by our encounter with the first data centre to be fully embraced as Architecture. Designed by Benthem Crouwel Architects, the AM4 data tower in Amsterdam only recently appeared on the city’s skyline. Being taller than most buildings in the city, and cutting an impressively slick, windowless appearance, the data skyscraper is hard to miss. Does this design treatment for data architecture signal a tipping point of data centres becoming more visible and acceptable elements of cities? For the podcast, we got inside the heavily secured AM4 data tower to see, hear and feel the internet, and talked to several people about data space.

– Michiel Eielts is managing director at Equinix, the data centre company that commissioned the building.
– Joost Vos is architect and partner at Benthem Crouwel Architects, who designed the AM4 data tower.
– Ingrid Burrington is an artist and a journalist for a.o. The Atlantic. Her work deals with invisible infrastructures such as the internet.
– Alexander Taylor is a social anthropologist at the University of Cambridge who looks at the social, political and infrastructural dimensions of data security. For Failed Architecture, Alexander has also written the article “Failover Architectures: the Infrastructural Excess of the Data Centre Industry“.

This episode is directed by Mark Minkjan / the Failed Architecture team. 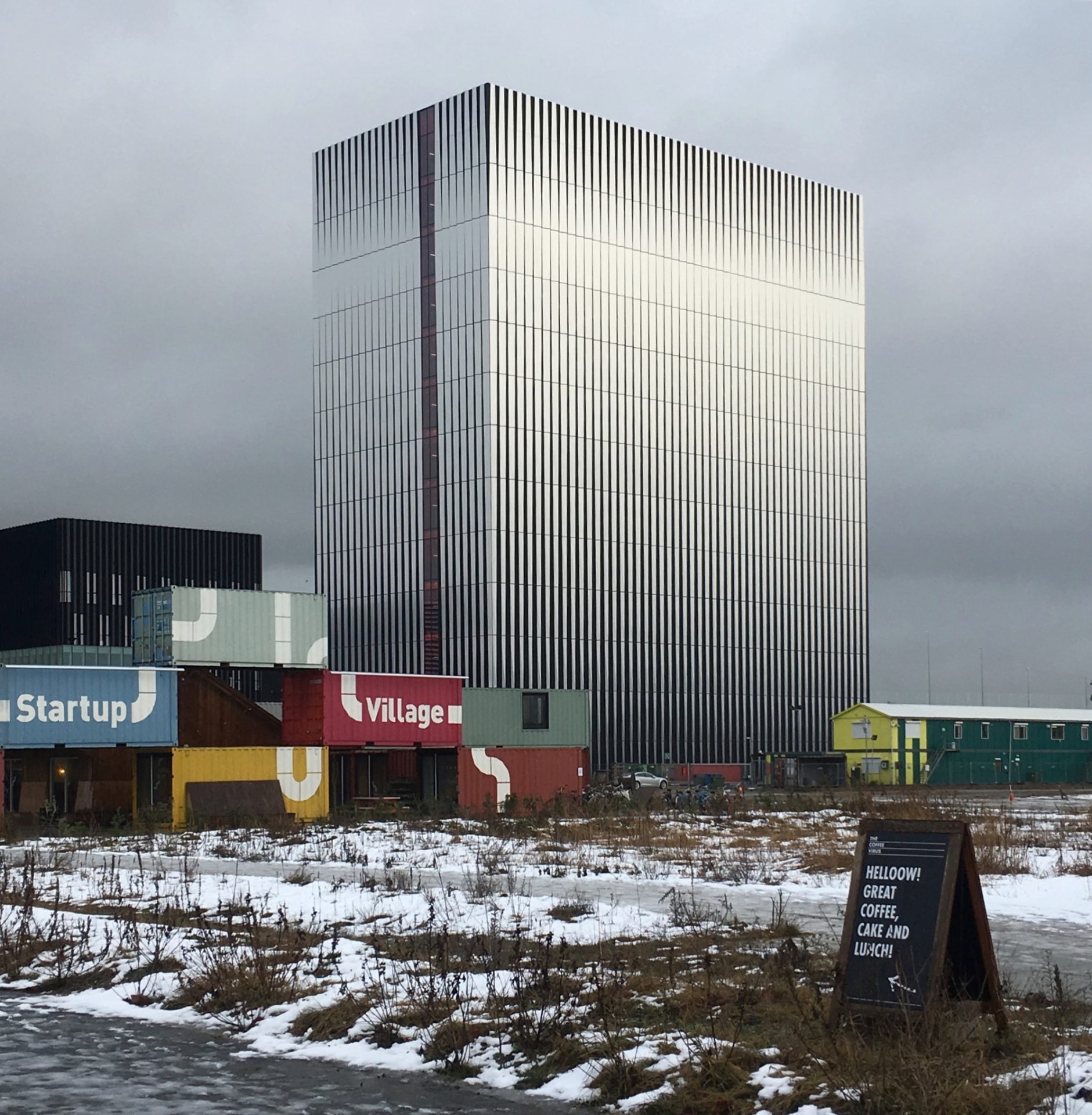 The Equinix AM4 data centre, designed by Benthem Crouwel Architects.