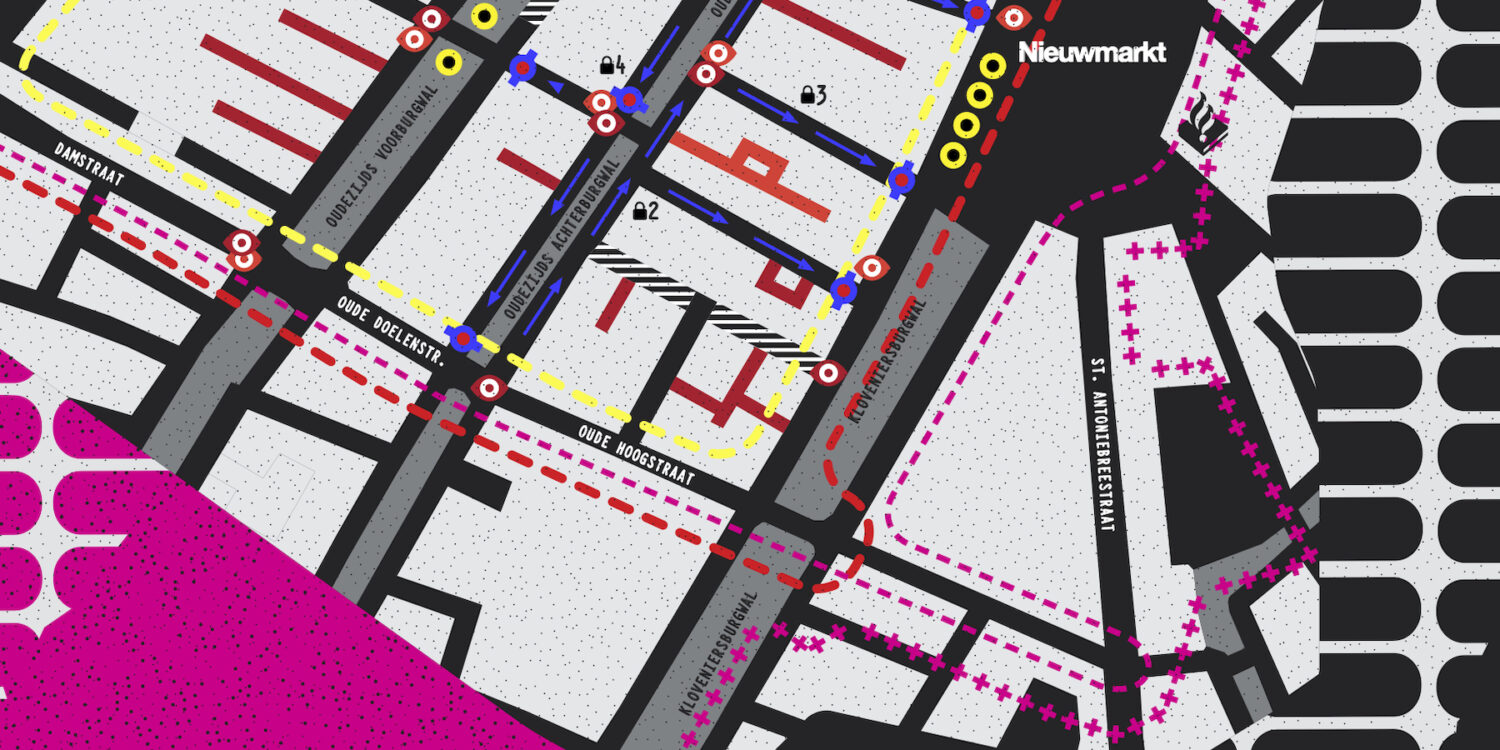 The Red Light District (‘Wallen’ in Dutch) is a unique part of Amsterdam. No other neighbourhood is so diverse, layered and lived. Over the last few years, however, the neighbourhood has been given the image of being “out of control” and in need of large-scale intervention. While this discourse rarely accords with reality, it became the policy ambition to transform the “urban jungle” into a “monumental garden”.

As part of this process, more and more far-reaching measures are being introduced to increase control over the neighbourhood. While some of these measures might be framed as important for the safety of, for example, sex workers, or for a basic form of livability for inhabitants, the larger package of measures seems to be mostly directed at structurally sanitising the neighbourhood. 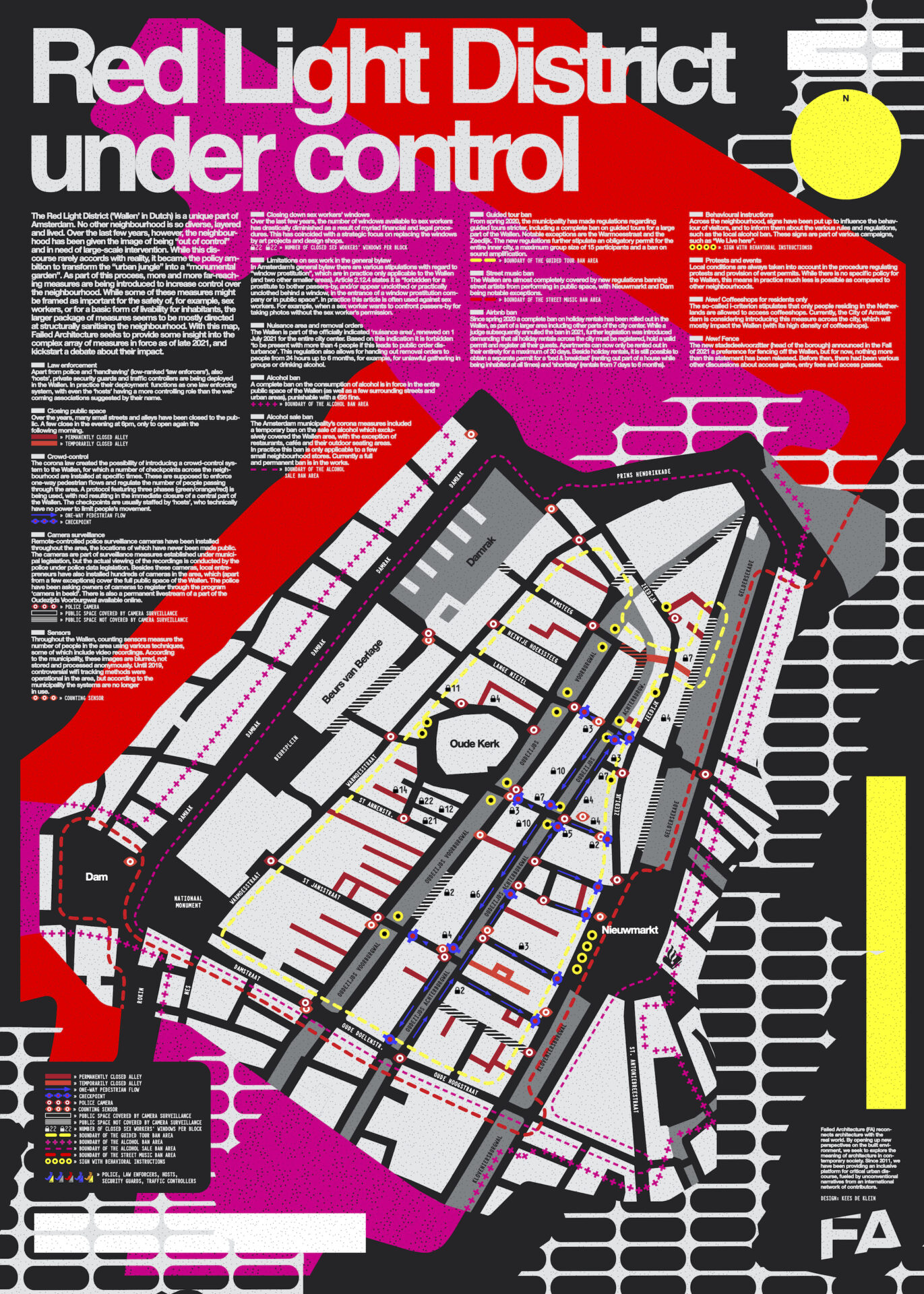 Since the start of the pandemic the crowds have left the Wallen, further adding to the ongoing sterilisation of the neighborhood. In response, Failed Architecture organized various ‘swarming rehearsals’ in the area as part of its new Situations on-site event series. These swarming rehearsals were an experiment to get together and move around in large groups in public space again, fully within the constraints imposed by the pandemic, and by doing so revive the crowds and their unpredictability.

After two succesful tests, the third iteration of Failed Architecture’s swarm experiments was stopped by police and law enforcers within ten minutes, for no clear reason. This raised a lot of questions on the surveillance systems operating in the neighborhood, the many control measures currently in force, as well as their legal backing. Over the last few months, Failed Architecture sought to answer these questions by mapping the complexity of these control measures and systems in force as of late 2021.

The intention behind this mapping project is to provide some insight in the level and detail of control that is being imposed, and kickstart a discussion about their impact on this unique part of Amsterdam’s urban fabric.

The map is available in Dutch and English and currently for sale (€5) at the following locations in Amsterdam’s Red Light District: