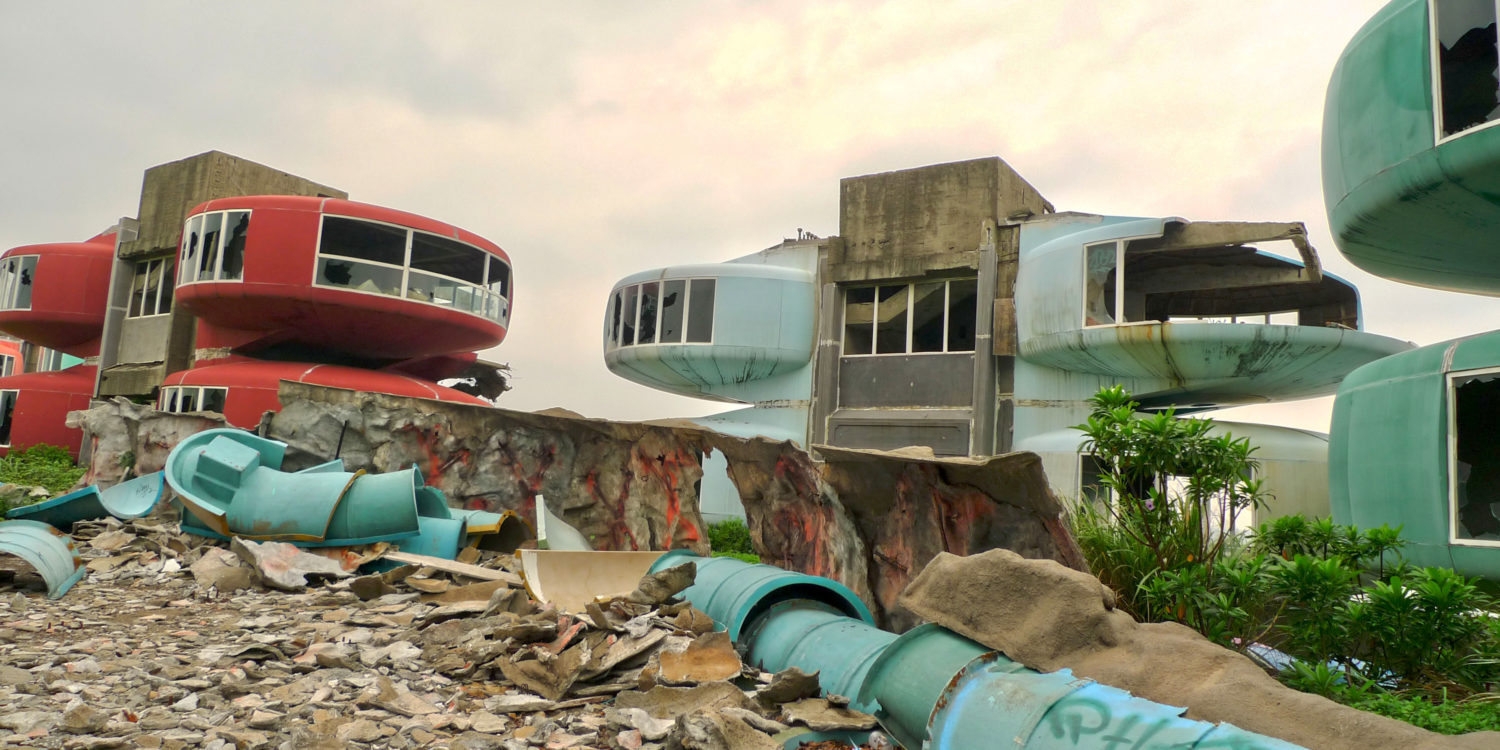 The Sanzhi UFO houses, also known as the Sanzhi pod houses or Sanzhi Pod City, were a set of abandoned pod-shaped buildings that resembled Futuro houses. 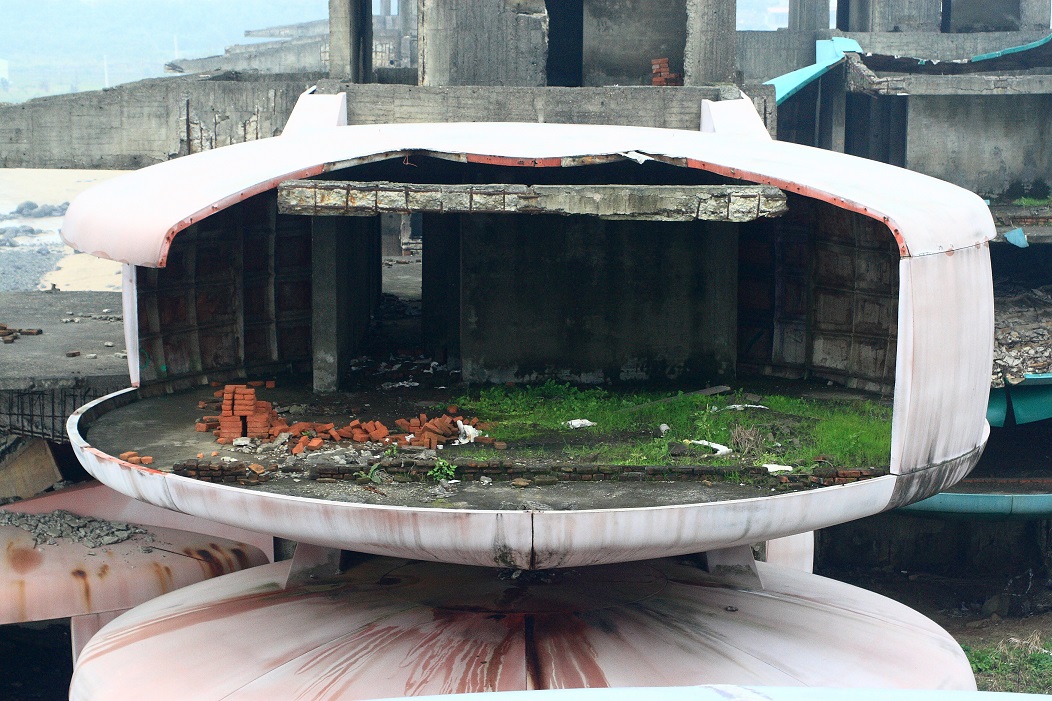 The UFO houses were constructed beginning in 1978. They were intended as a vacation resort in a part of the northern coast adjacent to Danshui, and were marketed towards U.S. military officers coming from their East Asian postings. However, the project was abandoned in 1980 due to investment losses and several fatal car accidents during construction.

The buildings were scheduled to be torn down in late 2008, despite an online petition to retain one of the structures as a museum. Demolition work on the site began on 29 December 2008, with plans to redevelop the site into a tourist attraction with hotels and beach facilities.

add comment
Sam perkins
such a shame to see they didn't success, i'm wondering if they have saved one of structures?
Related