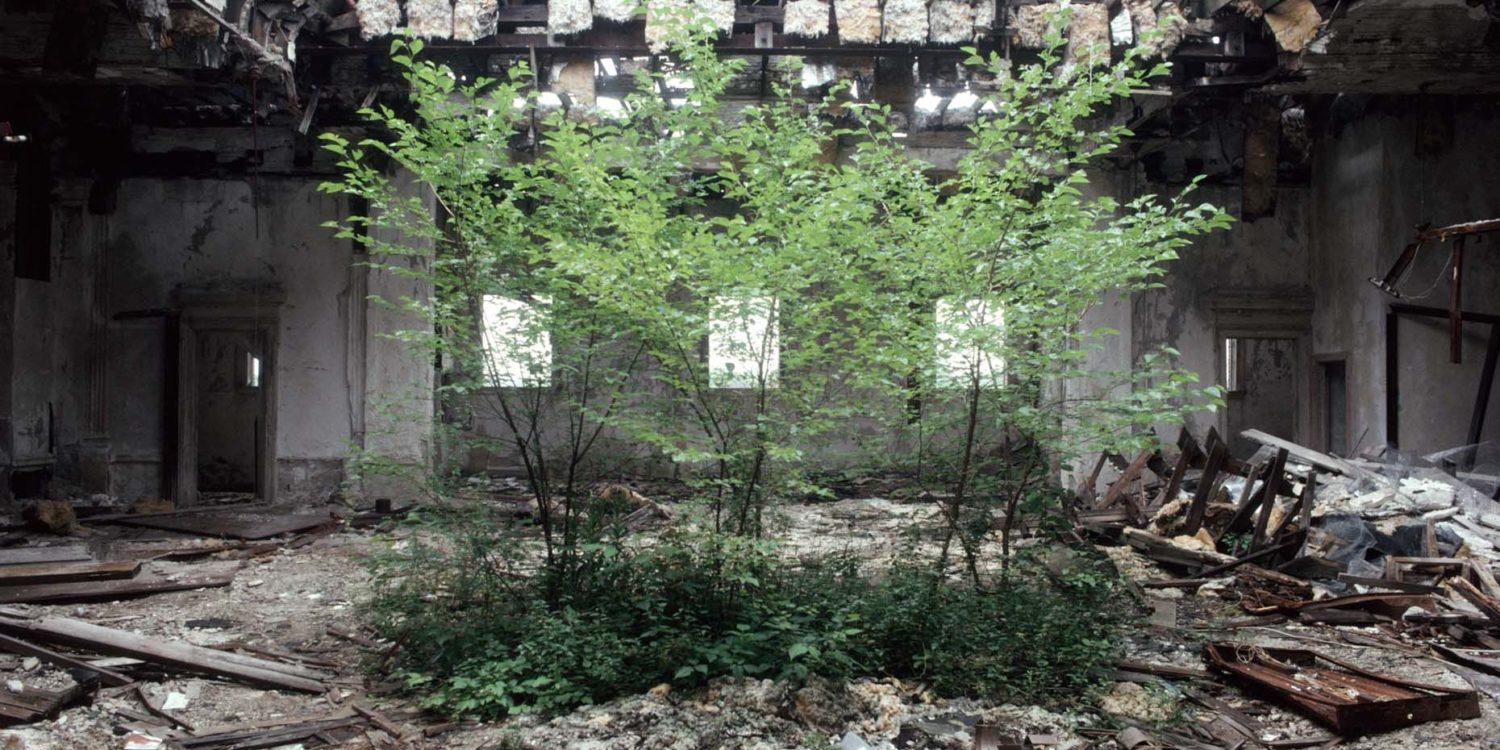 An interview about celebrating otherness, alternatives to scripted cities and the promise of monsters, with Failed Architecture intern Sanne Kanters.

For the first time ever, Failed Architecture has an intern. It’s not as if we have never had people apply, but our new team member Sanne Kanters proposed a focused and promising plan of what she would want to research during a few months at our office. Sanne is currently in the Gender Studies Master’s programme at Utrecht University, after having finished a Master’s in Creative Industries at Radboud University in Nijmegen for which she wrote a thesis on post-industrial ruins. For her Gender Studies thesis she returns again to the subject of ruins, using the specific feminist viewpoint of difference as a positive force, through which a more inclusive world can be achieved. The ruin is simultaneously a philosophical mirror for diversity, creativity and otherness in her research. We wanted to know more about her interest in ruins, how this feminist perspective works and how ruins and feminism come together.

MM: What triggered your interest in ruins?

SK: When I started my Master’s I had just spent 10 months traveling from the Netherlands to India, largely over land. During my travels I encountered many places, and came across different ways in which people deal with their built environment and cultural heritage. When I returned to the Netherlands, I started to look at our neatly planned cities differently than I did before. I felt like I was growing more aware of (and frustrated with) the relatively tightly-planned structure of our urban environment, and the way in which it ‘forces’ bodies into specific ‘programs’ of behaviour or navigation. I then became interested in the potential of other kinds of spaces: especially those that seem unordered, where humans are not in control. In a class on ‘material culture’ and the ‘agency of things’, I was introduced to the work of cultural geographer Tim Edensor, who writes about abandoned post-industrial ruins as sites that “provide an alternative realm for all sorts of social practices.” Edensor shows how the non-normative spatial organisation of the ruin allows for different, or other, kinds of human and non-human subjects and practices to take place. 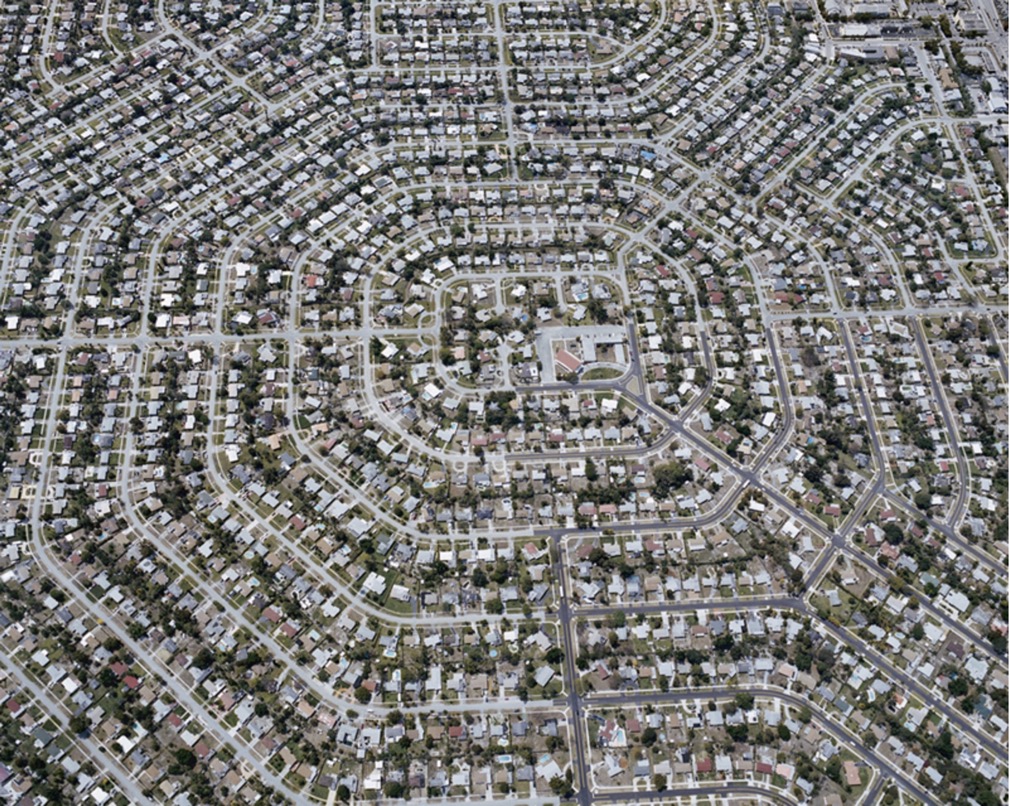 EDEN PRAIRIE I Florida, cibachrome prints, 20.5 x 25.6 inches each (52 x 65 cm), edition of 4. Sanne: “This photo shows the repetitiveness and the homogeneity of the planned environment. It shows a notion of progress that is based on repetition and reproduction, where there is little room for things that do not already fit within the existing structure.”

Could you introduce your ‘kind’ of feminism?

The kind of feminism I like most is about exploring the ‘positive force of difference’. I study Gender and Postcolonial Studies because it can make you aware of perspectives that are generally left out of the discussion or not sufficiently recognised by mainstream society. It encourages you to re-read history and the present from different perspectives, in order to locate and deconstruct dominant cultural norms that over time have acquired a status as ‘normal’ or ‘natural’. Exploring different perspectives therefore functions to demonstrate that norms are not essential, normal or natural, but rather social constructions, created by people. In short, it works to ‘de-essentialize’ ideas about a particular subject. Showing the non-essential character of subjects is an important ethical and feminist project, because it works to challenge dominant norms that are exclusive. In doing so, this kind of thought and action creates conceptual and actual spaces for non-normative subjects, and works towards envisioning and creating a more inclusive world. Importantly, this inclusiveness is dependent on otherness (or ‘difference’ — hence the ‘positive force of difference’). It requires us to let others be other. From this perspective, working towards more inclusive futures does not mean ‘equalizing’ everything and everyone, because that would mean reducing multiple and complex things to pre-existing standards or norms: a process in which dominant power structures only get reinforced. The kind of feminism I like most knows that acknowledging and celebrating difference is crucial in order to move on, to remain vital.

"One’s own actions ‘make a difference’ only in a world made of differences."
Bruno Latour

Where do feminism and ruins meet?

‘Ruin scholars’ such as Edensor do not look at ruins as spaces of aesthetic, functional and moral decay. From their perspective, ruins are not failed buildings, but spaces that offer productive and creative opportunities. They are buildings that follow a different logic and organisation, and therefore offer different options than the highly regulated and normatively structured city centres we know from daily life. To borrow the famous words of Henri Lefebvre: they ‘multiply the readings of the city’ and offer some much needed variation within the otherwise neatly woven urban fabric. The ‘otherness’ of the ruin, then, is a creative and productive quality. I think that the ruin shows how difference can be a positive force. Due to its particular structure and qualities, it serves well to support this ‘feminist assertion’. One particular feminist project that emphasises the importance of difference and complexity (as opposed to ‘equality’ and homogenisation) is Rosi Braidotti’s theory of ‘nomadic subjectivity’. Braidotti encourages us to welcome the unknown, weird, non-normative subjects and the different perspectives they have to offer, arguing that: “[W]e have to approach the devalued and monstrously different others not as signs of pejoration, but in the positivity of their difference.” I think the contemporary urban ruin is such a ‘devalued and monstrously different other’ that is positive in its difference. I think it’s a shame that vacant buildings are often immediately re-designed to fit within the ‘logical’ structure of the city again, their difference neutralised to maintain a homogenous urban fabric. I think our tendency to have everything ‘make sense’, to turn things into ‘rational wholes’ that have a clear and coherent form and function, has become too dominant — and I see the way in which we organise our built environment as a concrete manifestation of that. I think the ruin has much to offer, exactly because its spatial organisation is different than that which we’re used to. 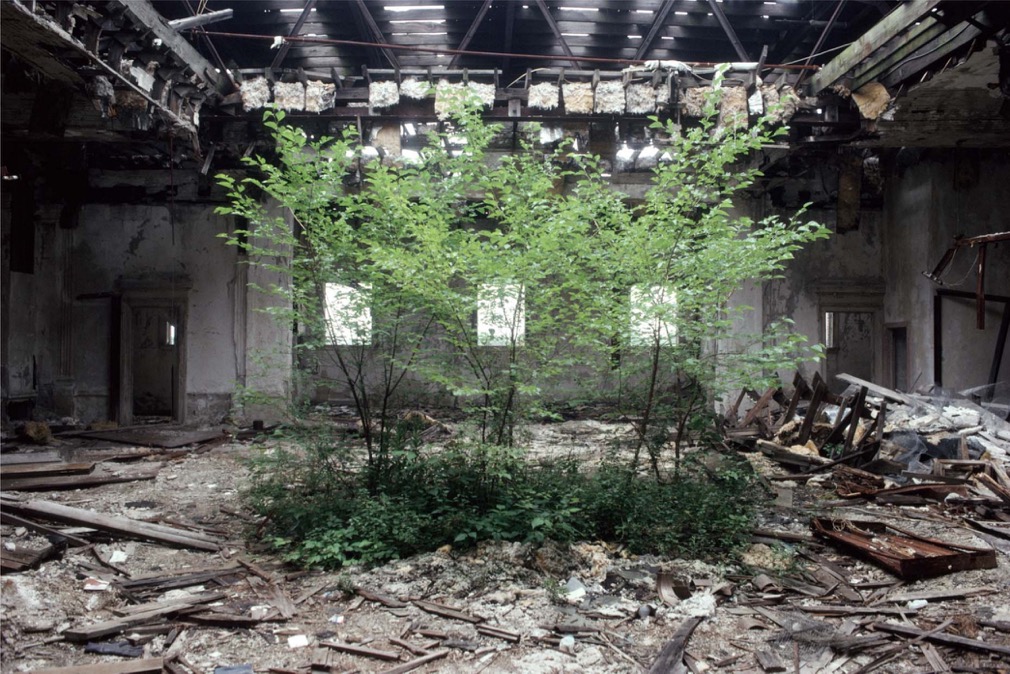 Tracking Time, Camden, Former Camden Free Public Library, 2013. Sanne: “We might see this photo as an example of the ‘porosity of borders’ that exists in the ruin. ‘Nature’ and ‘culture’ are not as strictly and forcefully divided as in the planned environment, which triggers the question: what is ‘nature’ and what is ‘culture’? What is ‘natural’ and what is ‘planned’?

Read through the particular feminist lens I just described, ruination does not mean the loss of an original unity, but rather a multiplication of possibilities. This approach can help us think through feminist understandings of difference as a positive force. The ruin, then, is a concrete structure that can make this (seemingly) abstract notion more tangible. The ruin can moreover function as a useful tool to think with when examining questions of subject positions: of how humans and nonhumans are tied up with each other and their environments, and of what this might mean on an ontological and ethical level. The ruin is a thoroughly relational space: a space that is not an isolated entity, but one that exists in, and indeed consists of, relations to various other things. Our planned environment is as well, but less obviously so. I think this has to do with traces. In the ruin, we can clearly notice traces of various interactions the building has had with other entities: people leave behind graffiti drawings and trash; animals and plants build homes; exposure to the elements leaves walls mouldy and metal structures rusty. Unlike in the planned environment, these traces are left for us to see, hear, smell and touch. They are not immediately removed, because we do not have a fixed notion of how such a ‘functionless’ building should look. The ruin is a not yet (or: no longer) designated space: a space of in-betweenness, or a ‘halfway house between place and non-place’, as philosopher Dylan Trigg calls it. As such, it is a transgressive space that is not obliged to re-produce the normative system of the meticulously planned-out city. Ruined space allows for a different kind of being, as human (and nonhuman) subjects get to leave the paved roads and explore other and new interactions with their environment. Ruins are spaces where that which usually gets banished from ‘normal’ urban life can flourish. They can, for example, function as sites for adventurous play and alternative art, or might serve as a home to various animals, plants and people whose existence is at odds with contemporary (neoliberal, regulated, controlled and secured) urban life. Along these lines, I argue that the ruin makes manifest what feminist philosophers have called the ‘promise of monsters’: the creative, productive and inclusive potential that ‘devalued others’ or the ‘monstrously different’ can offer, if we approach them in the positivity of their difference.