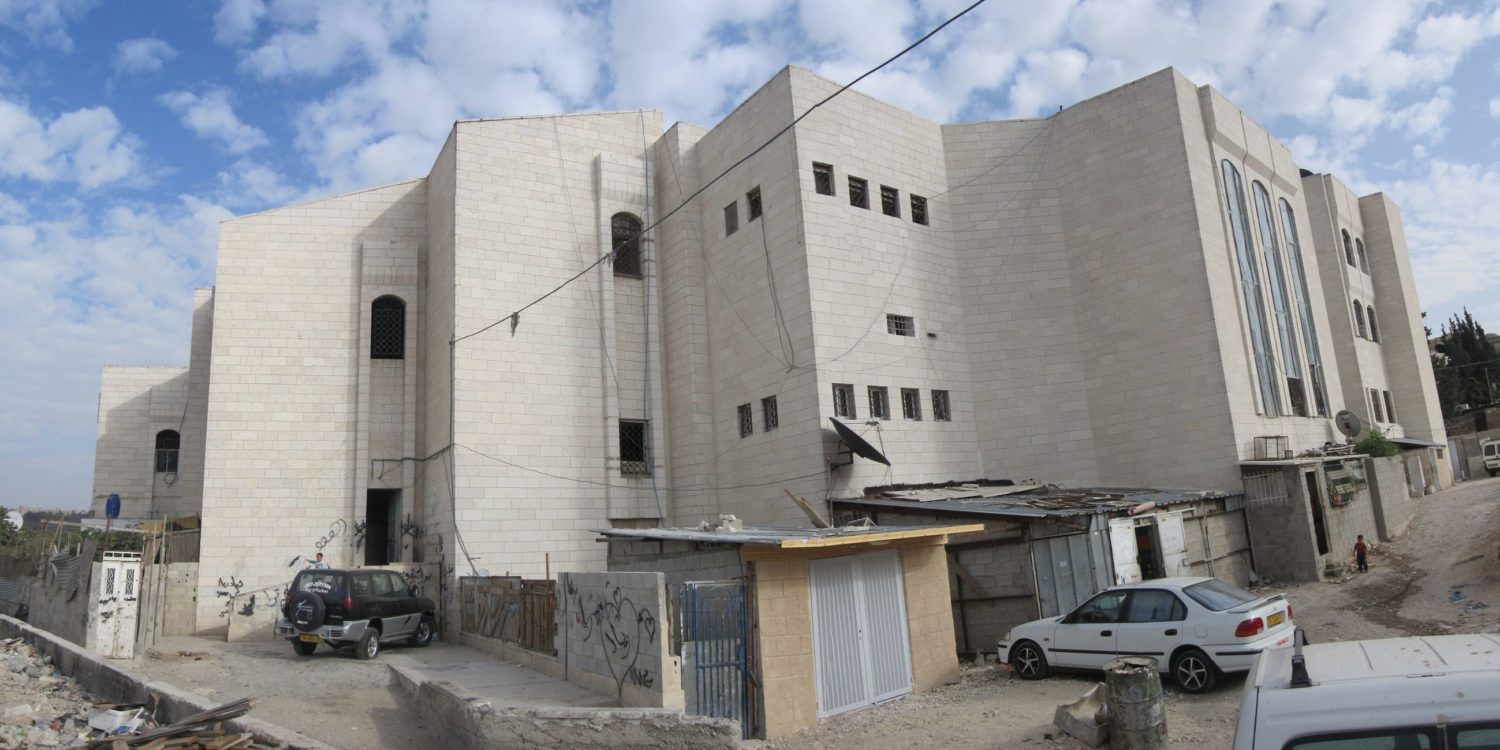 A Palestinian local authority building squatted by several families in East Jerusalem: the self-contradicting architectural symbiosis of formalism and out of control DIY anarchy and the physical output of a hopeless political situation.

During the second intifada the construction of a Palestinian local authority building halted due to the intense political violence. As the construction stopped, four Palestinian families from East Jerusalem seized the opportunity and moved into the halfway finished concrete structure. When the violence stopped the families stayed and with the little actual political power the Palestinian local authority has, it was unable to reclaim the building. 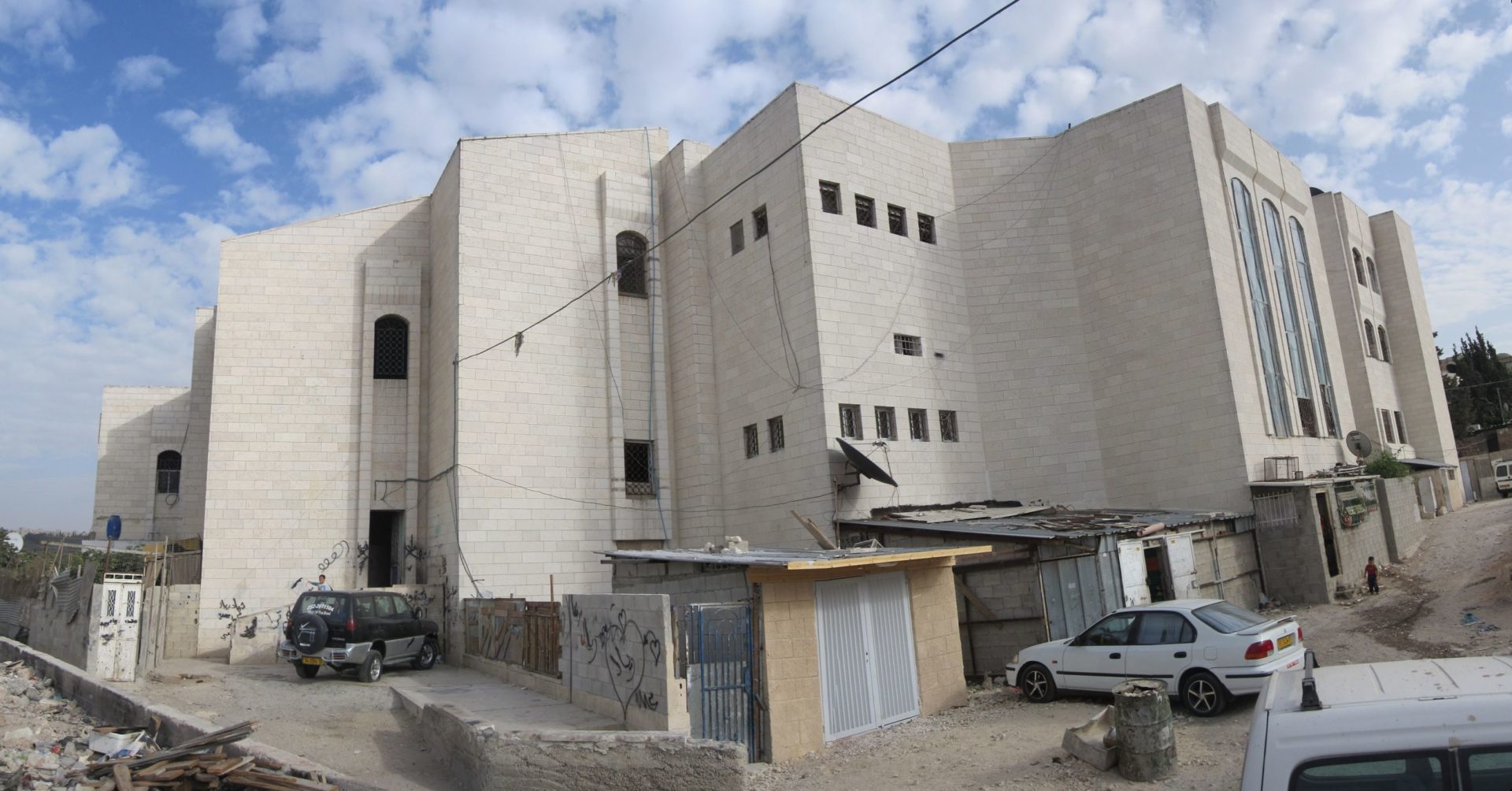 As the building was initially designed for public administration the families had to transform it to meet the new programmatic criterion: communal housing. In the large atrium small sheds were constructed to house individual family members. Walls were built along the balconies overseeing the atrium to create smaller spaces for kitchens and bedrooms. Exterior expansions were added to the building functioning as kitchens and small living rooms. Originally the architecture reflected the official public administration function, with a narrow selection of materials and overall cohesive geometry which created a clean and rigid official look. On the other hand the many additions carried out by the families have a diverse informal architectural expression, with little geometrical cohesion and the use of many different materials, creating a colorful chaotic visual output. 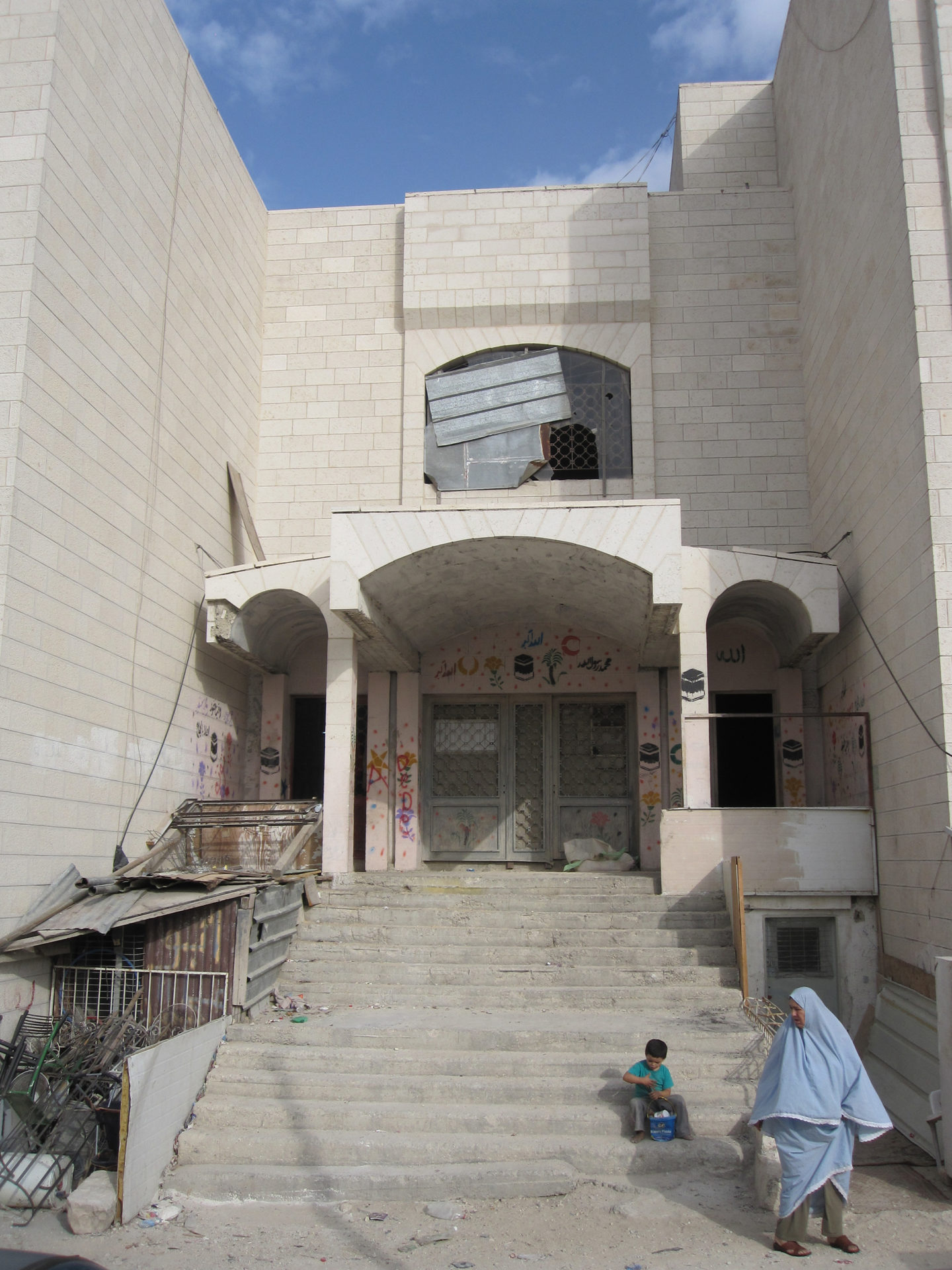 The two layers of the building express two contradicting ideas; the government building displaying a top down, consciously planned, formal architectural authority while the additions express a bottom up, user generated and informal architectural anarchy. One could go as far as to suggest that the additions to the building gave the otherwise authoritarian looking public building a democratic layer, where each family was given a voice within the medium of architecture. 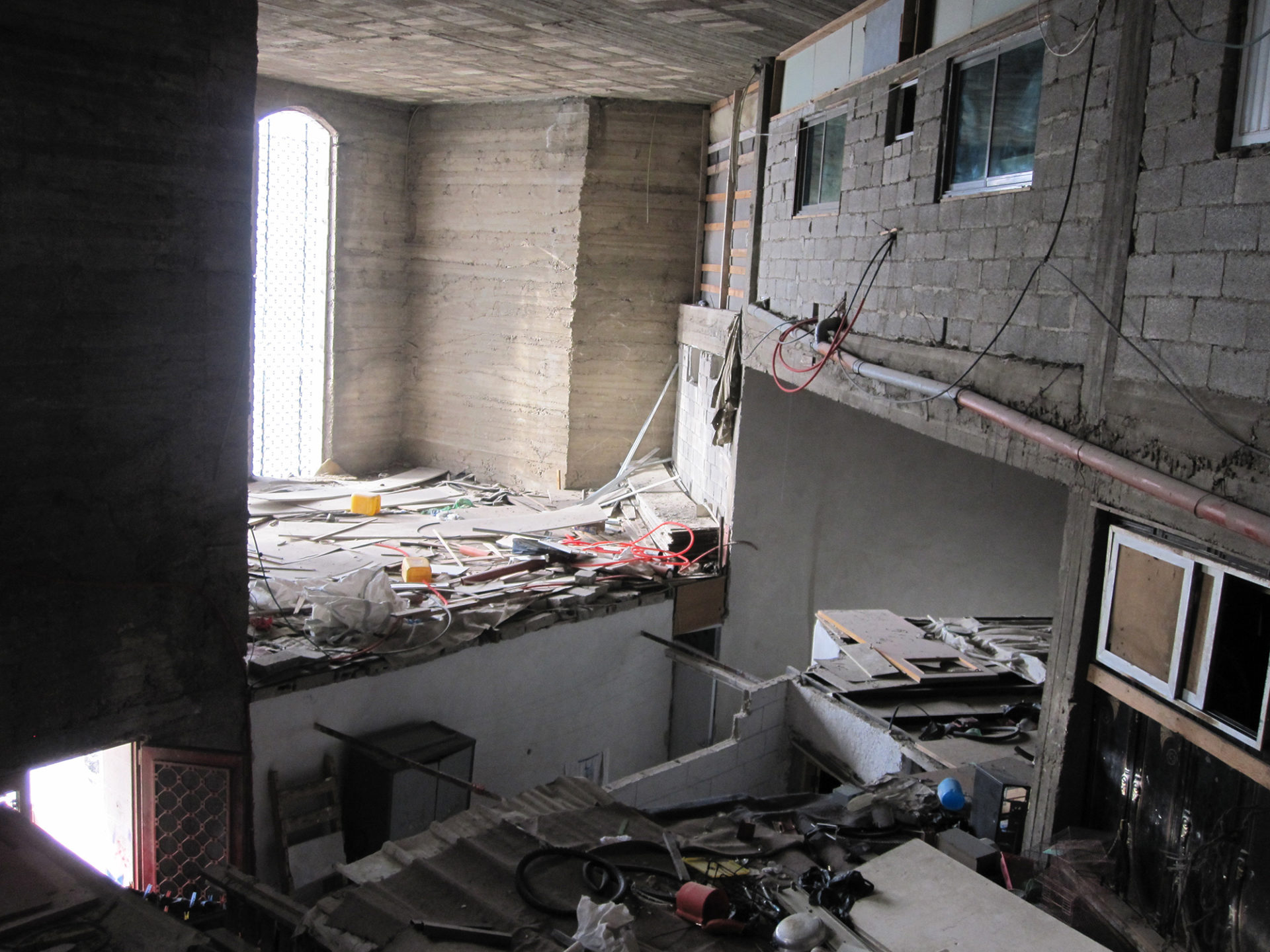 View to the central atrium 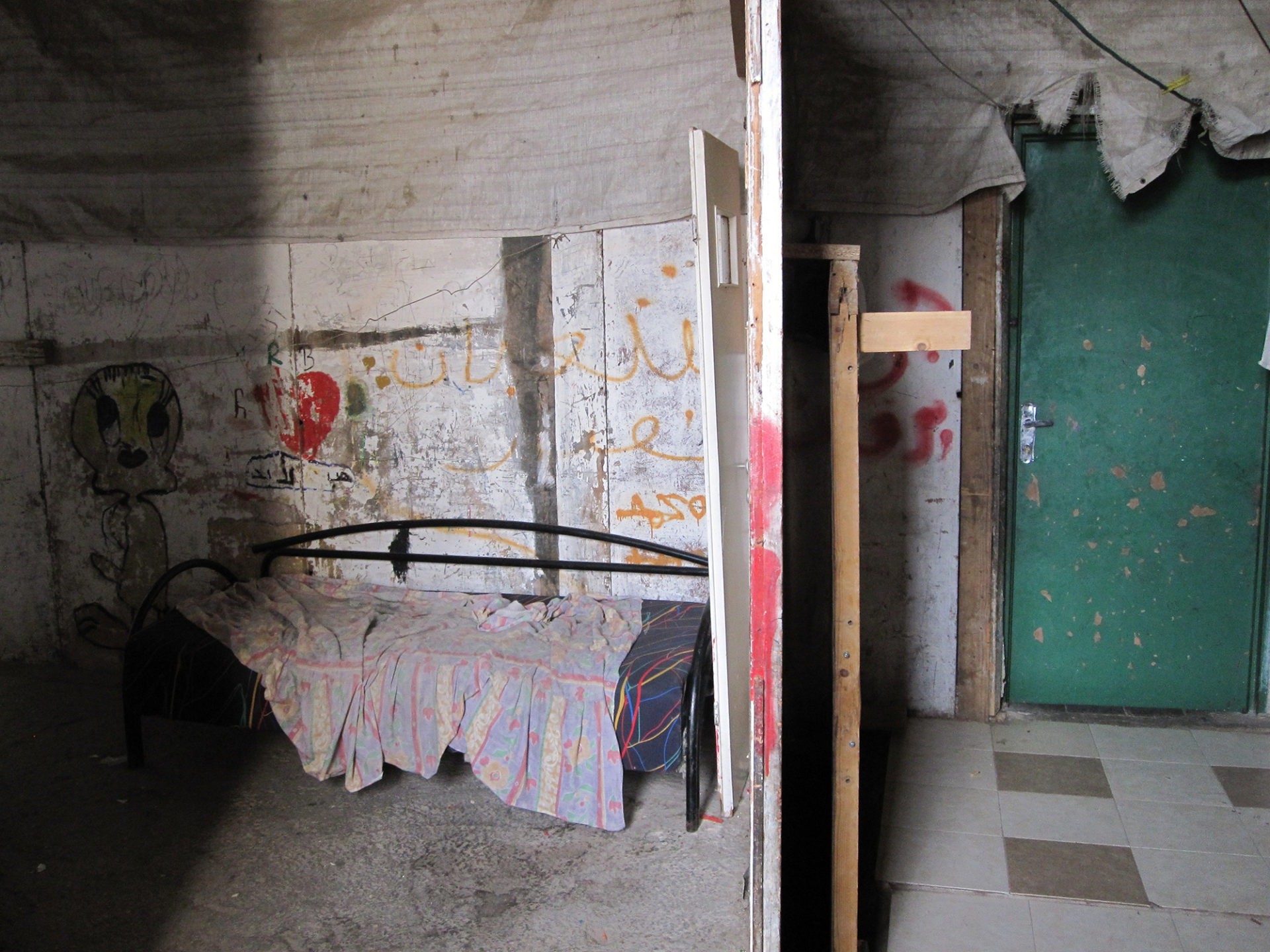 All the interesting architectural aspects aside, the building is a product of its environment. According to international law, Jerusalem is the capitol of two countries but de facto only the capitol of one, Israel. The Jerusalem municipal government is the most right wing in all of Israel, which has a number of consequences for the Palestinians living in the city. Public funds for urban development, investments in infrastructure and public services are canalized to Israeli neighborhoods while Palestinian neighborhoods are by large neglected. The Palestinian neighborhoods are regulated to have much lower urban density than the Israeli ones, which puts a limit to the level of urban development in these areas. Furthermore it is difficult to obtain building permits within the legal system and as many families don’t have the resources to get building permits, they end up constructing houses without them and are subsequently targets of house demolitions carried out by the municipality. 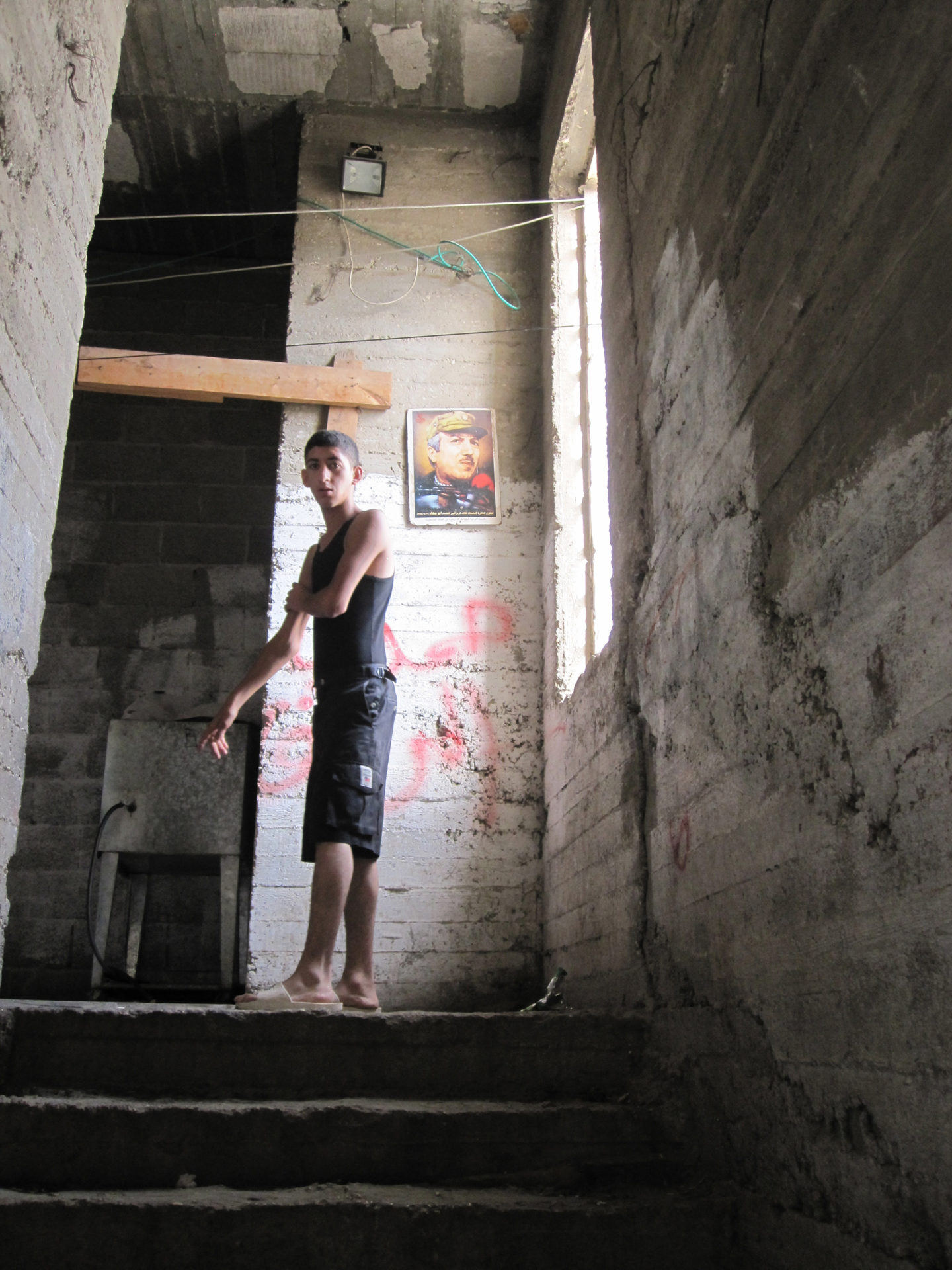 One of the inhabitants

All of these regulatory aspects are part of a larger strategy to keep the Israeli 65% majority and in the long run slowly push the Palestinians out of the city. This is described in depth in the book  Discrimination in the Heart of the Holy City, written by Meir Margalit, a former member of the Jerusalem municipal government. The families who initially moved into the empty building are a part of this larger tendency; the political climate has created a situation with insufficient housing for the growing Palestinian population, which results in high prices on the housing market. Many young Palestinians are thus forced to live with their families in crowded conditions or simply move out of the city, which ultimately drove the families to occupy the building as it provided a third way.

Johan Mottelson
Johan Mottelson is a student at the Royal Danish Academy of Fine Arts, School of Architecture in Copenhagen, Denmark. He stayed for 6 months in Ramallah, Palestine and 14 months in Maputo, Mozambique as part of his studies.