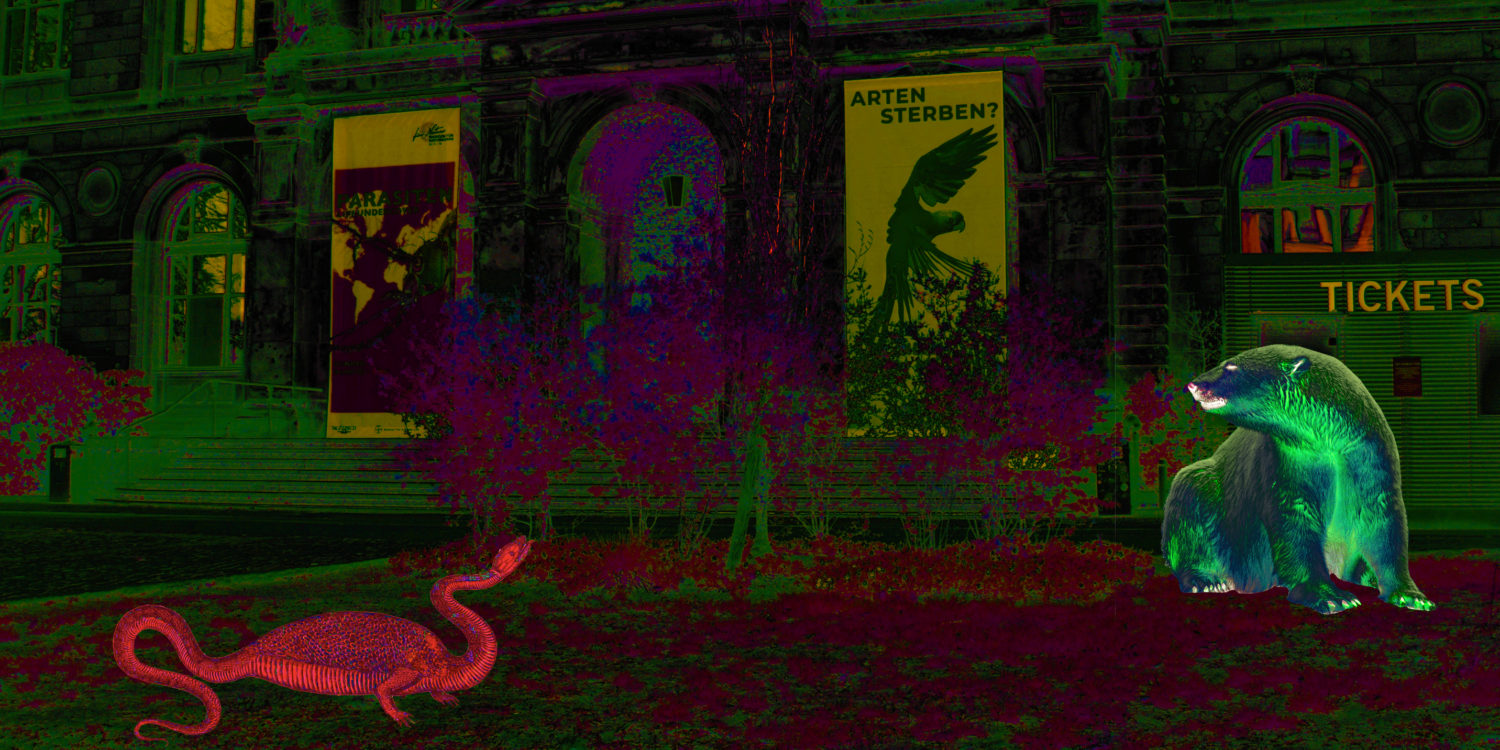 For the 17th Venice Architecture Biennale, Failed Architecture brings together writers and designers to question the spatial narrative of the botanical garden, the zoological garden, and the natural history museum.

Stories on Earth is Failed Architecture’s contribution to the parallel program of the Dutch Pavilion at the 17th Venice Architecture Biennale. In response to the exhibition’s central question “Who is We?”, we invited three spatial designers and three writers to devise new spatial narratives that accommodate the inherent interrelationship between humans and the non-human. Together, these artists have crafted three stories that open up the possibility of imagining radically different worldviews, challenging society’s prevailing belief in a separation between humans and everything else.

“The Sacred Planetary Garden”, “Rhino. An Alternative Story”, and “The Great Reanimation” are the result of the collaborative effort of writers Karin Lachmising, Mizt aan de Maas, and Bassem Saad, and designers Angelo Renna, Anna Maria Fink, and Ameneh Solati. Filmmaker Juan Benavides turned their visions into the short films presented below. Failed Architecture editors Daphne Bakker and Chiara Dorbolò, who developed and curated the project, introduce each work with a statement.

Landscape designer Angelo Renna and poet Karin Lachmising confront the hortus botanicus for their work “The Sacred Planetary Garden”. Inspired by Gilles Clement’s seminal essay ‘The Planetary Garden’, which suggests transcending borders and boundaries and instead considering the whole planet as a garden, their work directly challenges the implicitly exclusionary quality of this spatial typology (otherwise known as the botanical garden). Historically, botanical gardens have in fact been prime examples of the hortus conclusus—a garden closed off from the outside world, established and maintained for the production of scientific knowledge and, later, rebranded to entertain and provide access to a pacified version of nature in urban environments. Despite the seriousness of the subject matter, the project deals with these difficult themes with playfulness and lyricism. Karin and Angelo seek to present a different perspective on the evolution of the planet and indigeneity by recognizing the moment when land appeared on Earth for the first time, framing it as a crucial moment in the evolving interconnectedness of different life forms. Through a variety of design tools ranging from hand-drawing to 3D printing, Angelo has reconstructed the lost landscape of the Ordovician period; Karin guides us through this landscape with poetry spoken in the indigenous voice of the Earth before it was divided by borders of need and belonging. This is not de-extinction or a revival of extinct species. Rather, it is a journey back in time in search of our non-human ancestors, in an attempt to preserve what is lost and reveal the interplay of species and places that no longer exist.

The history of the rhinoceros in Europe is a long and complex one: reaching back to the Woolly Rhinoceros, a now extinct species which once roamed continental Europe, through the tragic fate of the first Indian rhinos brought to Europe during the frenzied period of colonisation, to their arrival, finally, in modern zoos. In their project “Rhino”, designer Anna Maria Fink and writer Mizt aan de Maas set out to free the rhino from this story, by challenging its spatial manifestations. In particular, the fact that “Rhino” is designed as a personal encounter with a specific character, serves as a reaction to the role of the zoological garden as a collection of several species. By telling the story of a dystopian alternate universe in which humans are dominated by rhinos, Mizt liberates the animal from the passive role it is assigned within the zoo. At the same time, in an evocative collection of images, Anna deliberately (and literally) removes the character from their artificial context and playfully places them into everyday space. In a small book, the imagery and the story are intertwined in a way that challenges our notion of who Rhino is and where they belong.

The Natural History Museum is perhaps the most direct successor to the Cabinet of Curiosities, both of which shared the declared intent to increase and share knowledge. With their project “The Great Reanimation”, Ameneh Solati and Bassem Saad propose that this seemingly innocent motive led to acts of collection that were anything but, instead forming part of deeply violent colonial projects of extraction and exploitation. This is particularly well illustrated in the example of “chimeras,” fantastical creatures artificially created by combining parts of different specimens, whether in drawings or taxidermy. Their ubiquitous presence in early natural history exhibitions underline the fact that the natural history museum’s purpose was not only to provide scientific knowledge, but also to conjure shock and fascination, all while claiming ownership of rare items. Inspired by the ancient fables that would feature non-human creatures to broach difficult topics concerning people’s relationship with authority, the duo developed a dystopian scenario where the chimeras have come to life and are demanding fair compensation for the decades they spent on display for the entertainment of humans. Touching upon questions of antispecism, equality, and the legacy of colonialism, writer Bassem Saad narrates the story of a human being facing the inadequacy of her own set of beliefs. Designer Ameneh Solati imagines a world of mythical, fictional, and artificial creatures, whose different perspectives come together to challenge our preconceptions about our surroundings.

Stories on Earth: A Collective Voice for the Human and Non-Human