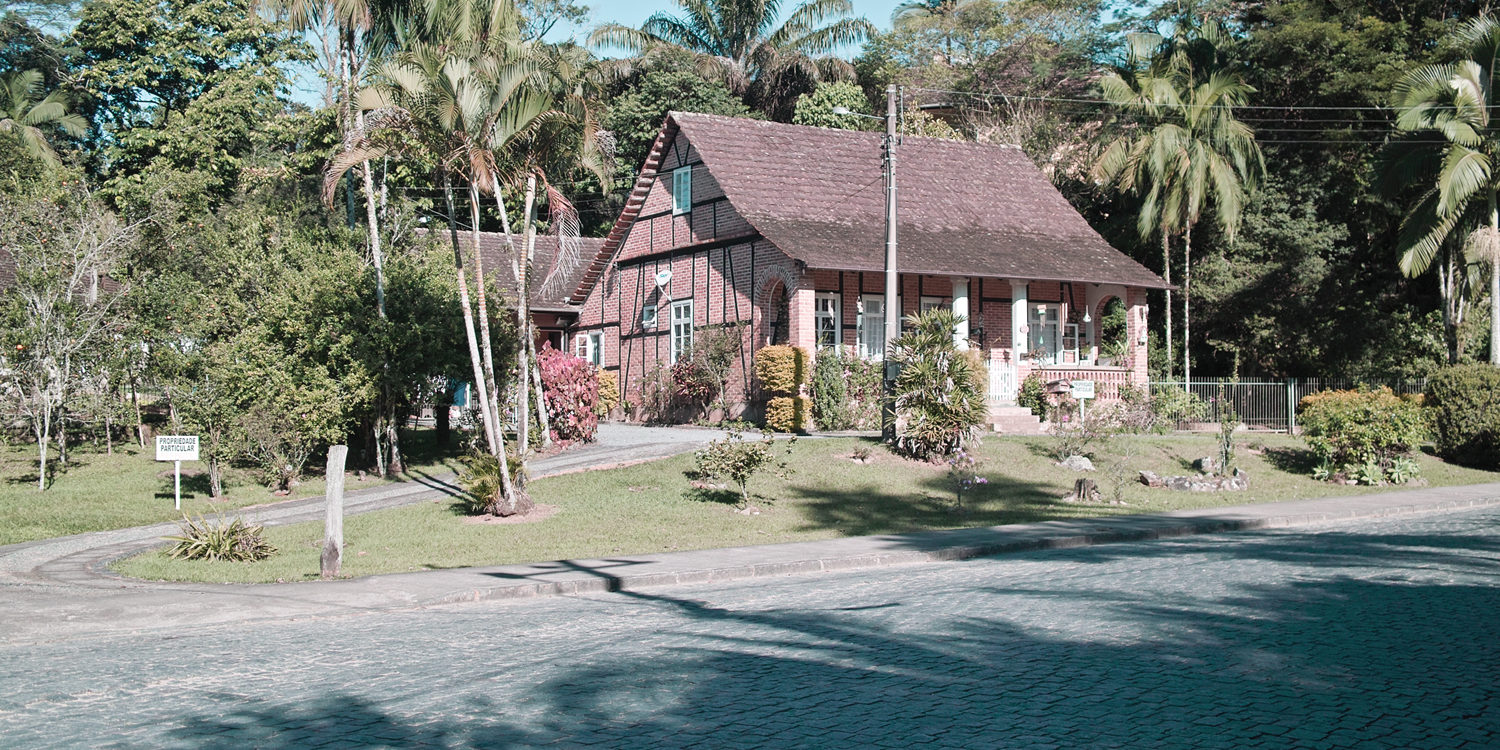 Photographer Erik van der Weijde captured the architecture of the Brazilian town Pomerode, where 90 percent of the population speaks German and culture is entrenched with German tradition.

In 1861, the town Pomerode was founded in the northeast of Santa Catarina by Pomeranian Germans (who originate from the North of Germany). Out of the roughly 25,000 inhabitants, some 90 percent still speak German, and even more curiously, with a distinct 19th century Pommersch accent.

The southernmost part of Brazil has been host to successive waves of German immigration since the 19th century, with the most significant period occurring between 1848 and 1939, and a record influx immediately after the First World War. As a result, in the state of Santa Catarina about 50 percent of all immigrants were Germans and Austrians.

This not only affected the ethnic makeup of the population but also gave rise to an eclectic culture characterised by a peculiar attachment to traditional German influences. It is a culture that has also left an indelible mark on the region’s architecture. The buildings, characterised by exposed brick within a frame of exposed wood, recall German rural settings from around 1900, but are housing people of Brazilian nationality in the 21st century. And rather than being set in an alpine landscape, they are embedded in the Brazilian subtropics.

The German government has recently acknowledged the cultural significance of this far-flung outpost of German life, resulting in a renaissance of Pomeranian cultural events and related tourism.

But over the years Brazilian Germans have emphasised the connection much more enthusiastically, adopting any and every stereotypical German custom. Ironically, the traditions promoted there, including dancing and clothing, are heavily influenced by Southern German Bavarian culture, despite the fact that the customs were not familiar to the original North German immigrants. And in contrast to European Germans’ more muted engagement with the darker elements of their history, the Brazilian Germans have been found to be much more open about the Nazi legacy. Indeed, last year, the city made the global news after a large swastika was spotted on the bottom of a private swimming pool.

Architecturally speaking, older houses are being carefully preserved and property developers are encouraged to build in supposedly authentic German styles. Photographer Erik van der Weijde set out to capture the architectural oddities of Pomerode, consisting of enxiamel structures (Brazilian for “half-timbering”, or “Fachwerk” in German).

The series is in line with other work by Van der Weijde, which is often influenced by German history, architecture and contemporary Brazil. His project on the German Brazilian city is covered in his recently published book Pomerode. 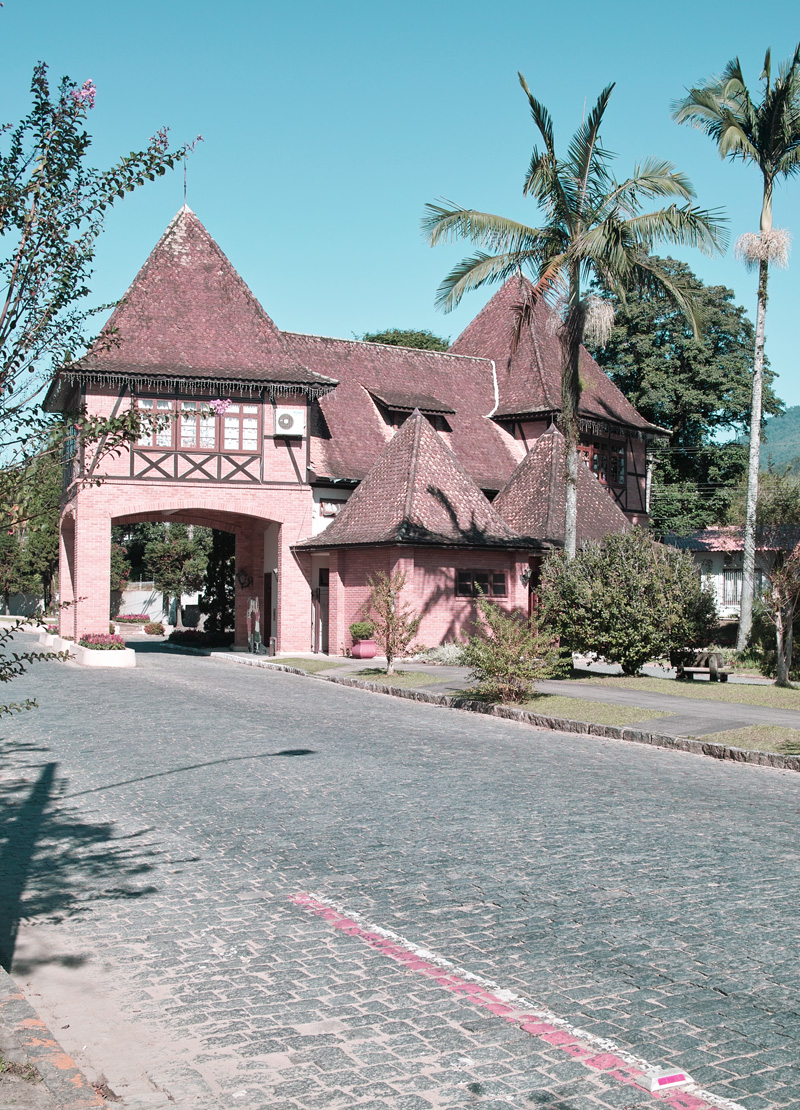 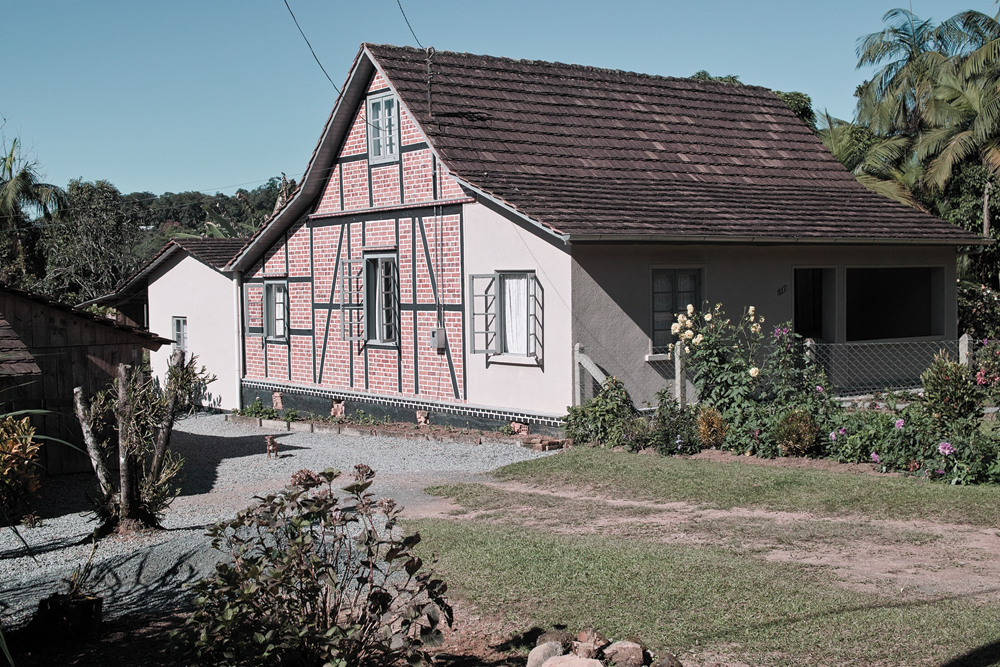 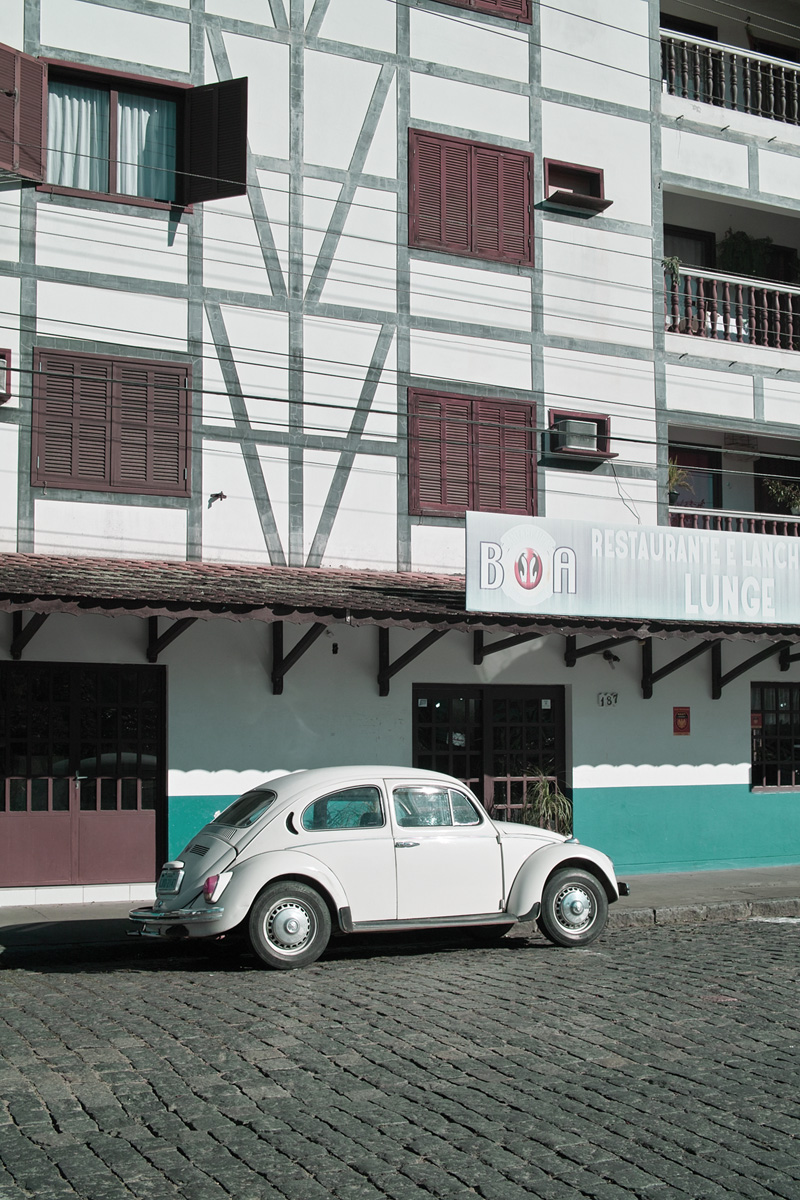 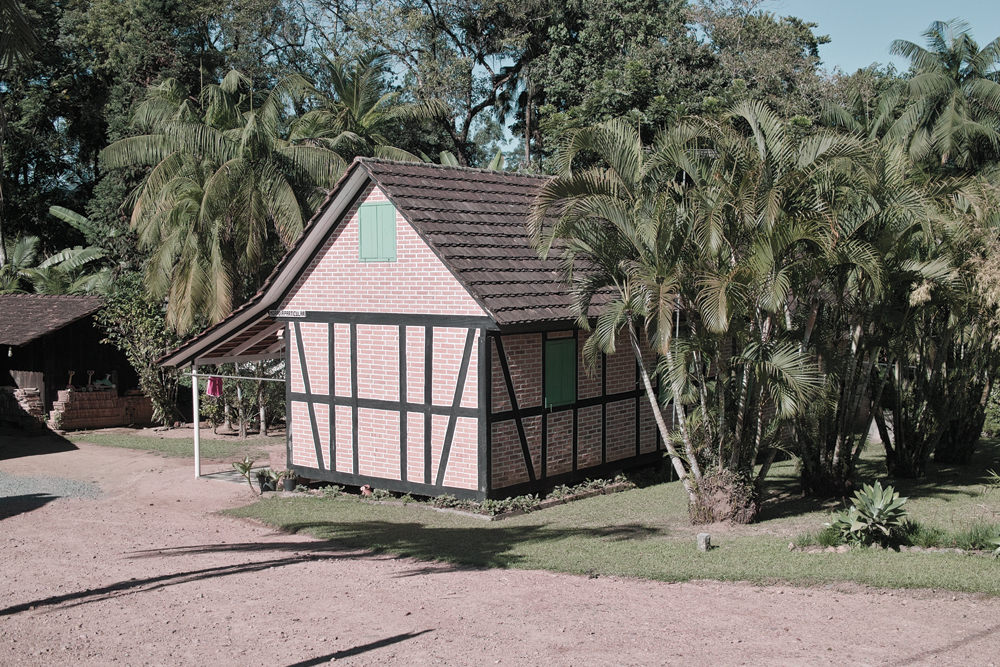 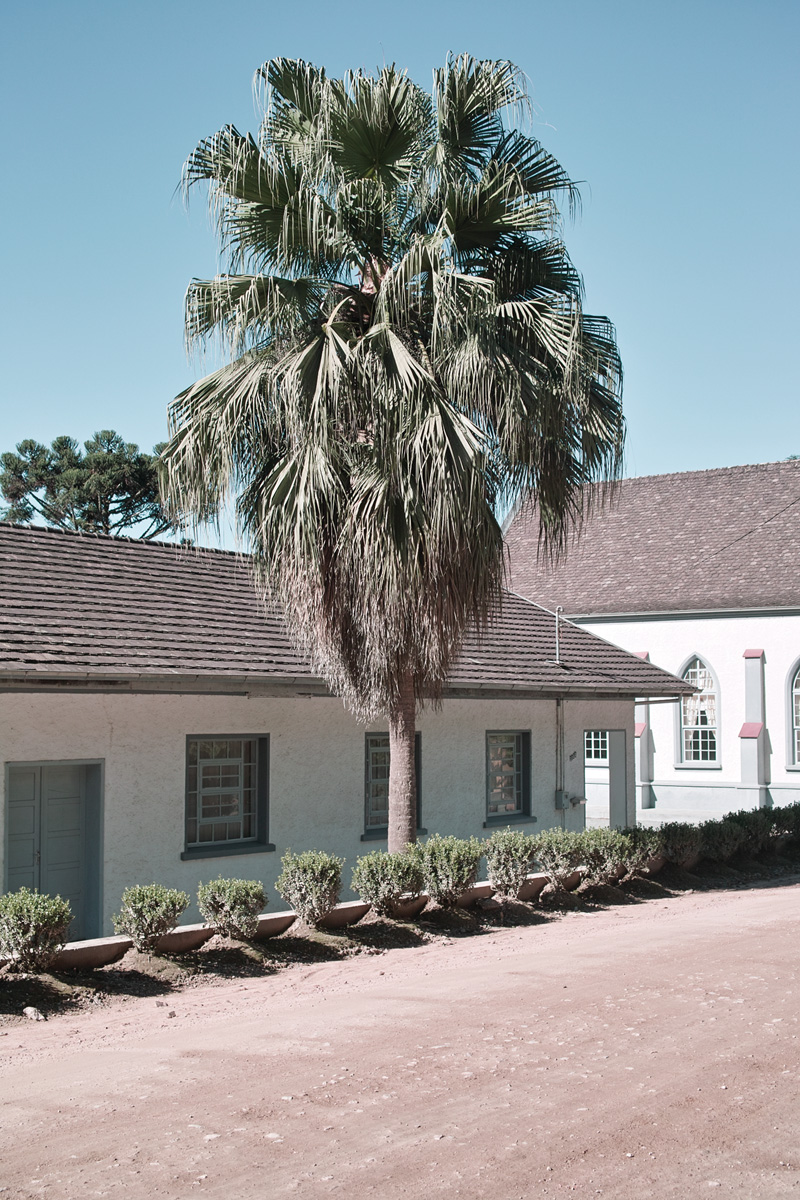 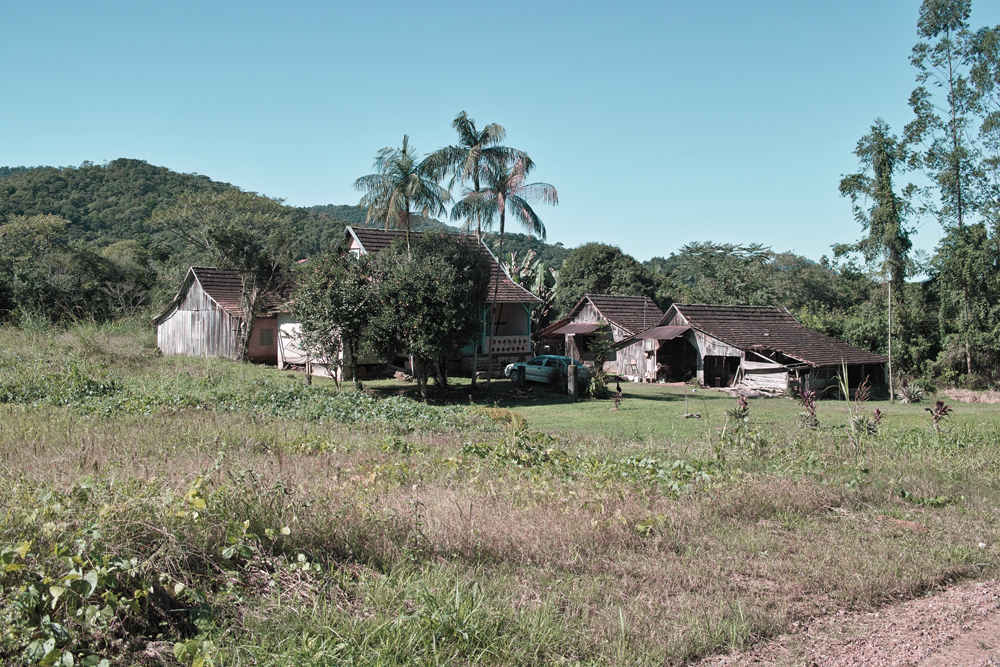 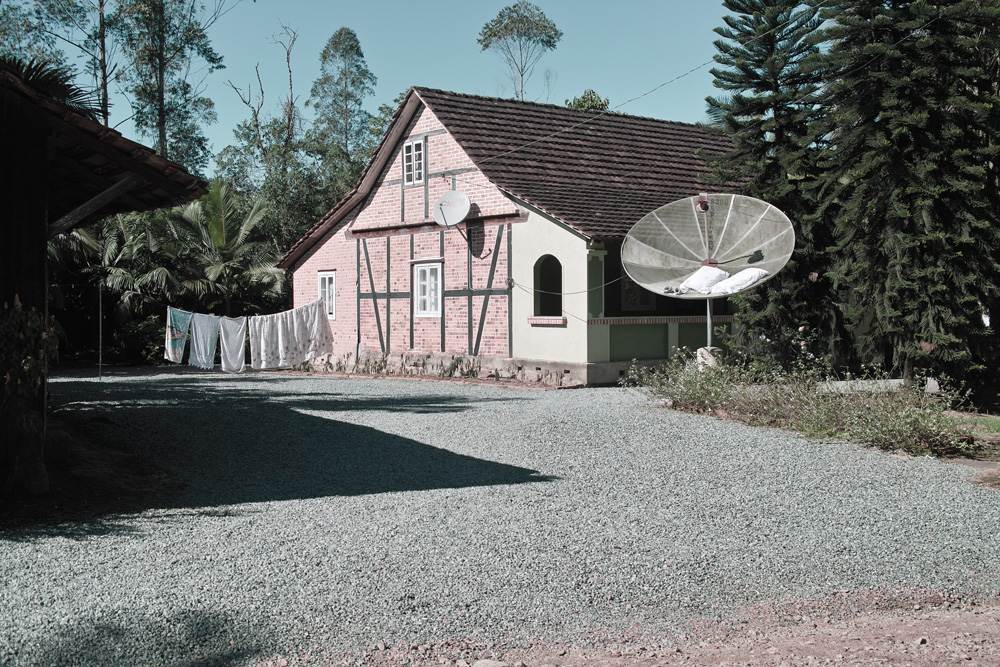 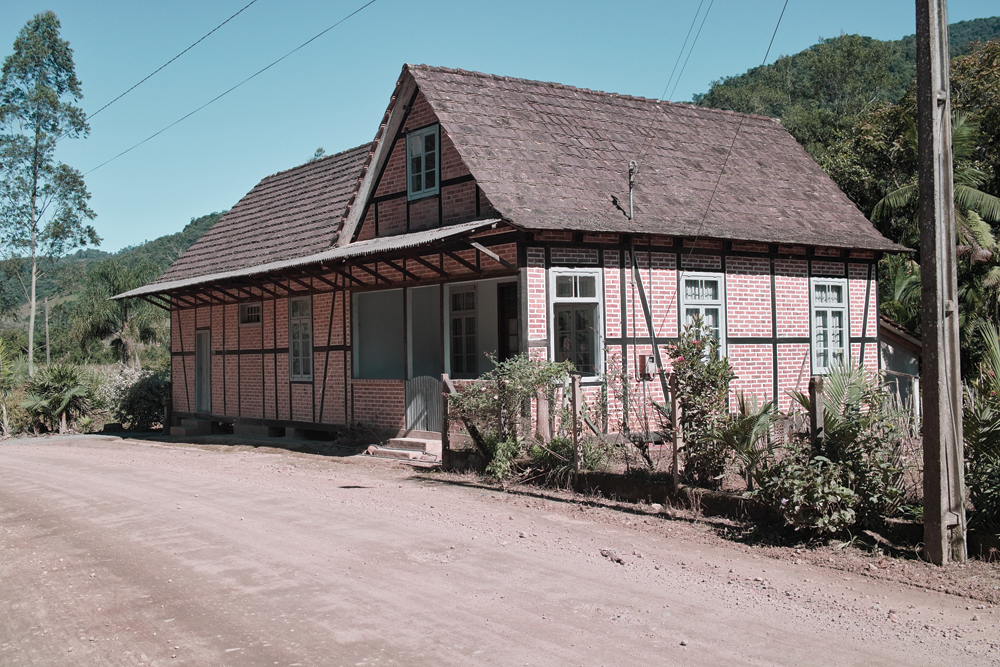 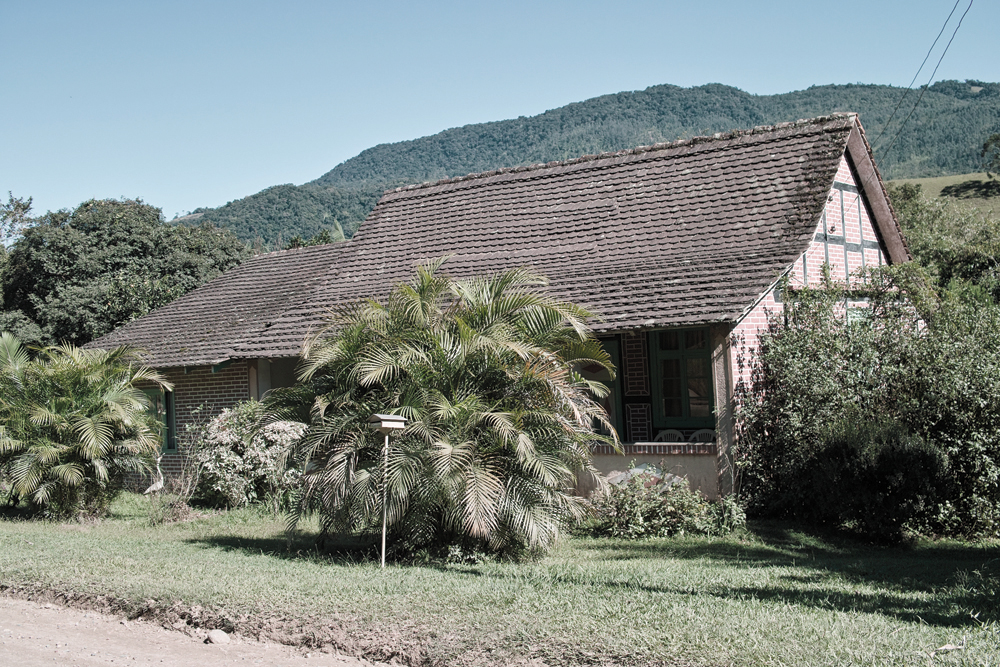 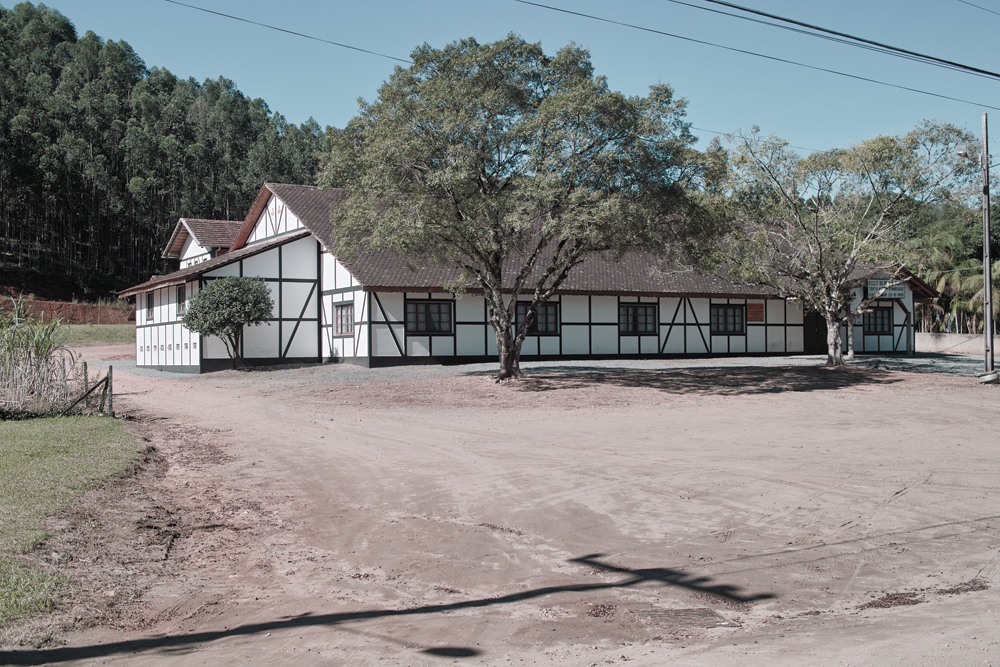 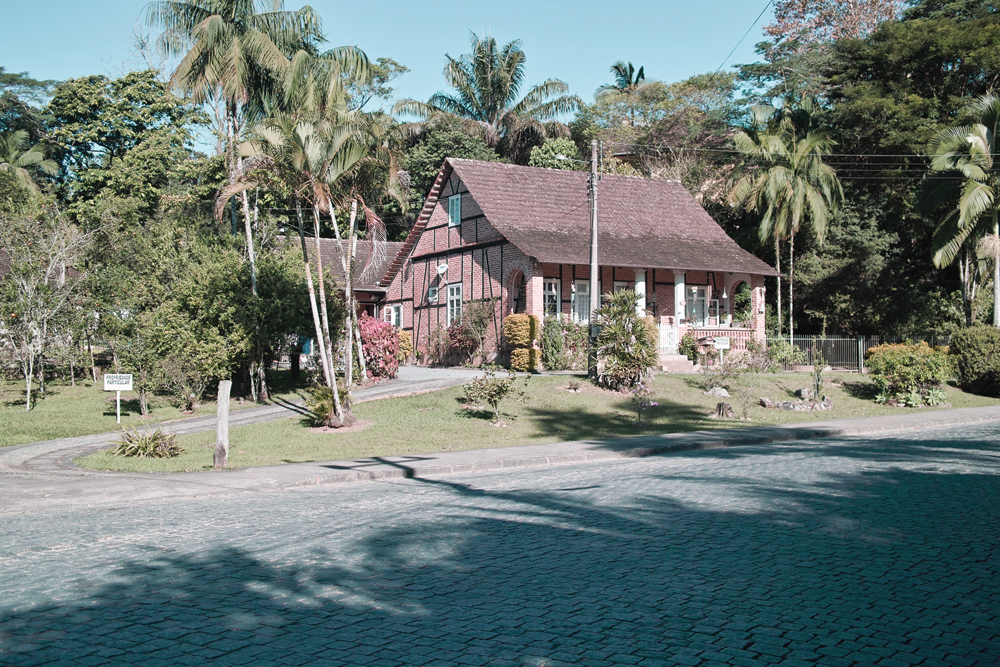 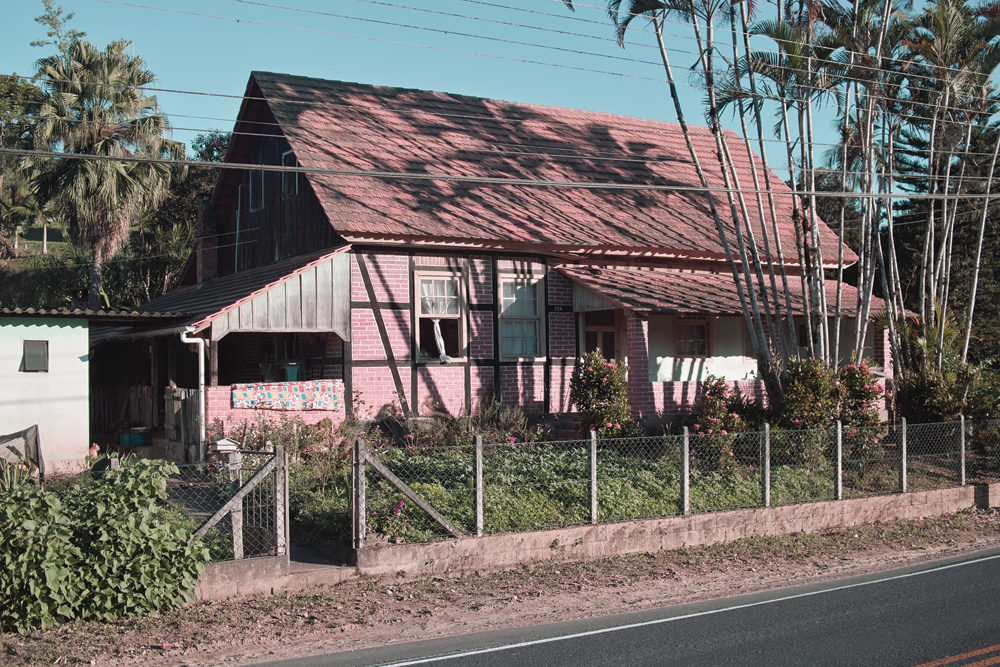 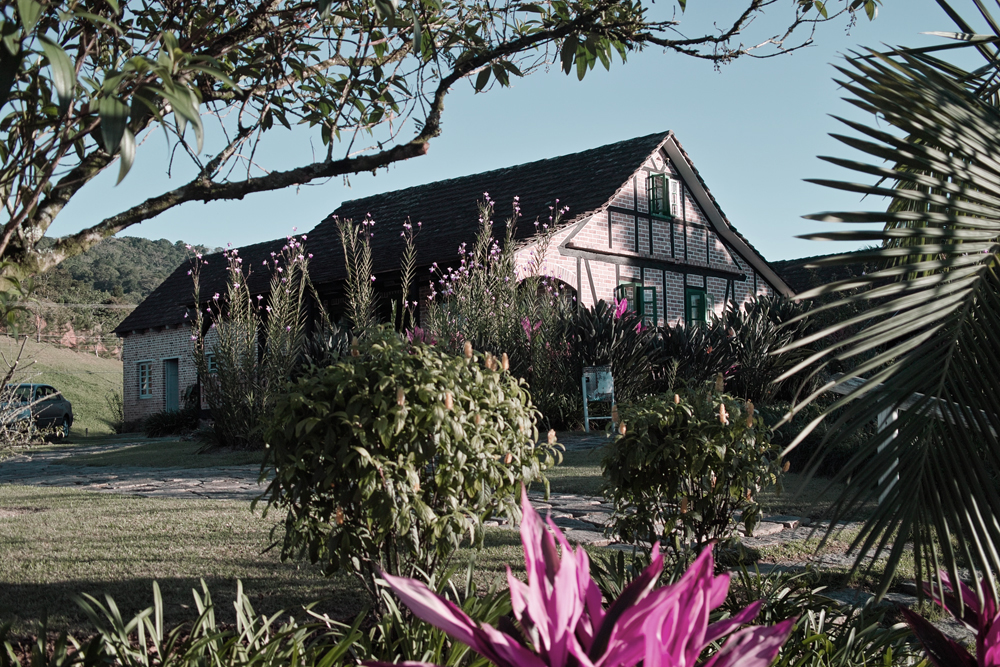 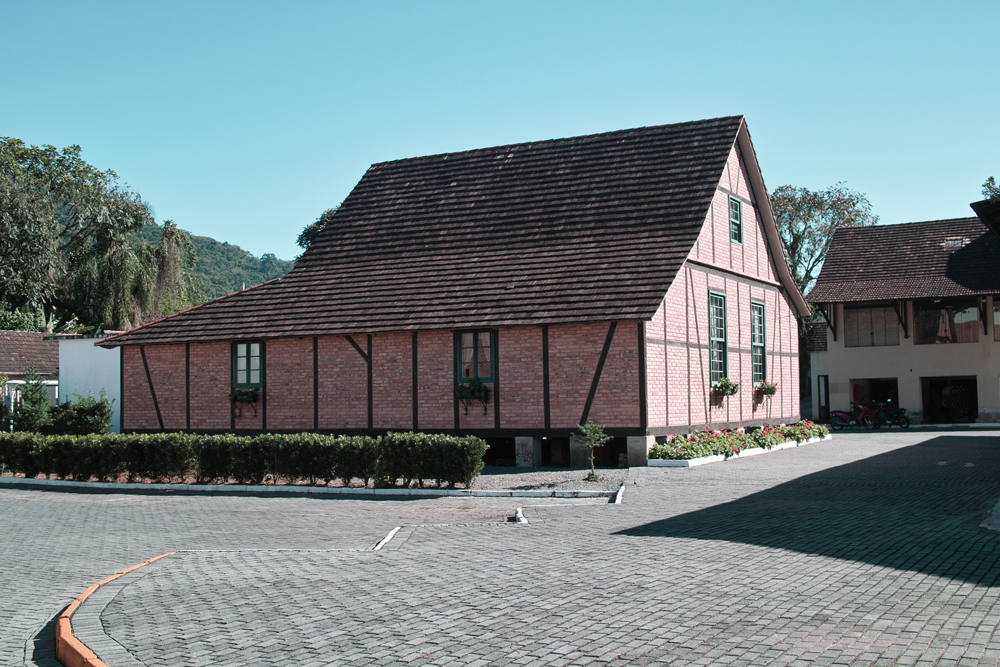