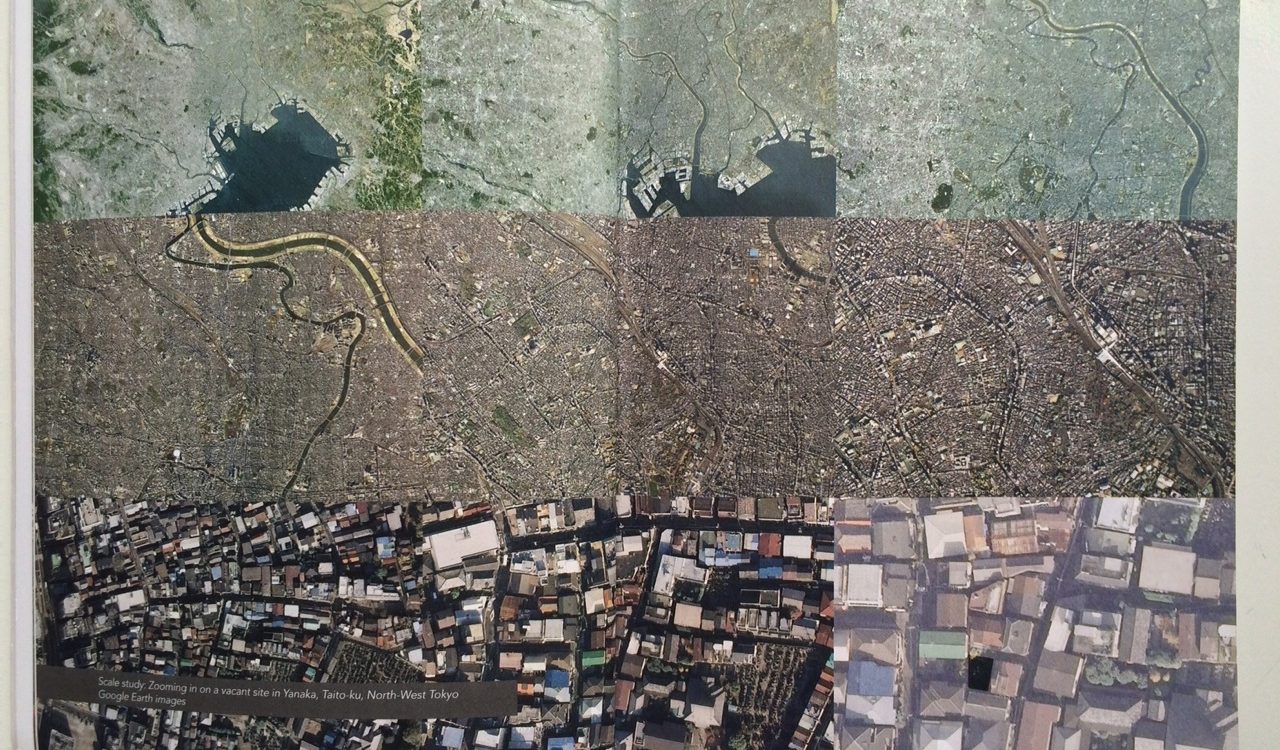 A refreshing book looking at the social, cultural and philosophical qualities of leftover spaces in one of the world's densest cities.

Japanese architecture and urbanism is often hailed for its sensitivity, using design approaches rooted in centuries-old cultural thinking and symbolism. Notions of temporality, transience and transformation are integral to this. In a city like Tokyo, the constant production and reproduction of urban space also has a considerably vast, and scattered, by-product: void spaces. 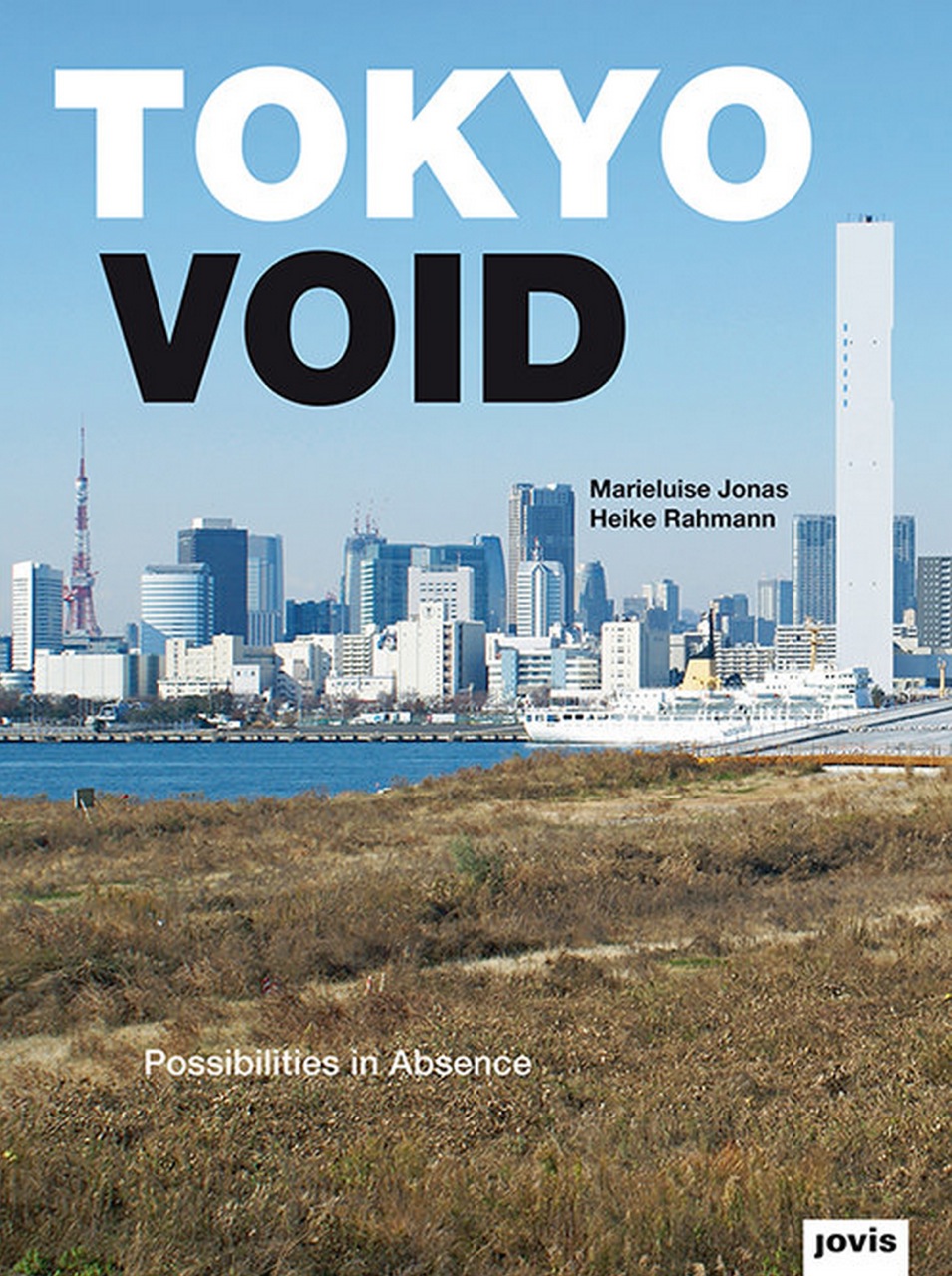 Tokyo Void: Possibilities in Absence, by Marieluise Jonas and Heike Rahmann, explores the left-behind spaces in one of the world’s densest cities, describing how they are (or aren’t) being reappropriated and putting them in a cultural context that is thought-provoking, especially for Western space thinkers.

For those unfamiliar with Japanese philosophical and cultural interpretations of the void, the book offers an excellent introduction. For example, I had heard of wabi-sabi, the aesthetics of transience and imperfection. But the Mu (the void), for example, is an important element in other philosophical, religious and spatial concepts that are part of Japanese society, such as Ma (in-between space, emptiness), Oku (inwardness) and Harappa (open field). Therefore, the conceptualisation of vacant space seems to be much more developed within and integral to Japanese culture than in many others, and the authors argue that these perspectives can be enriching and instructive to different contexts of architectural and urban production. 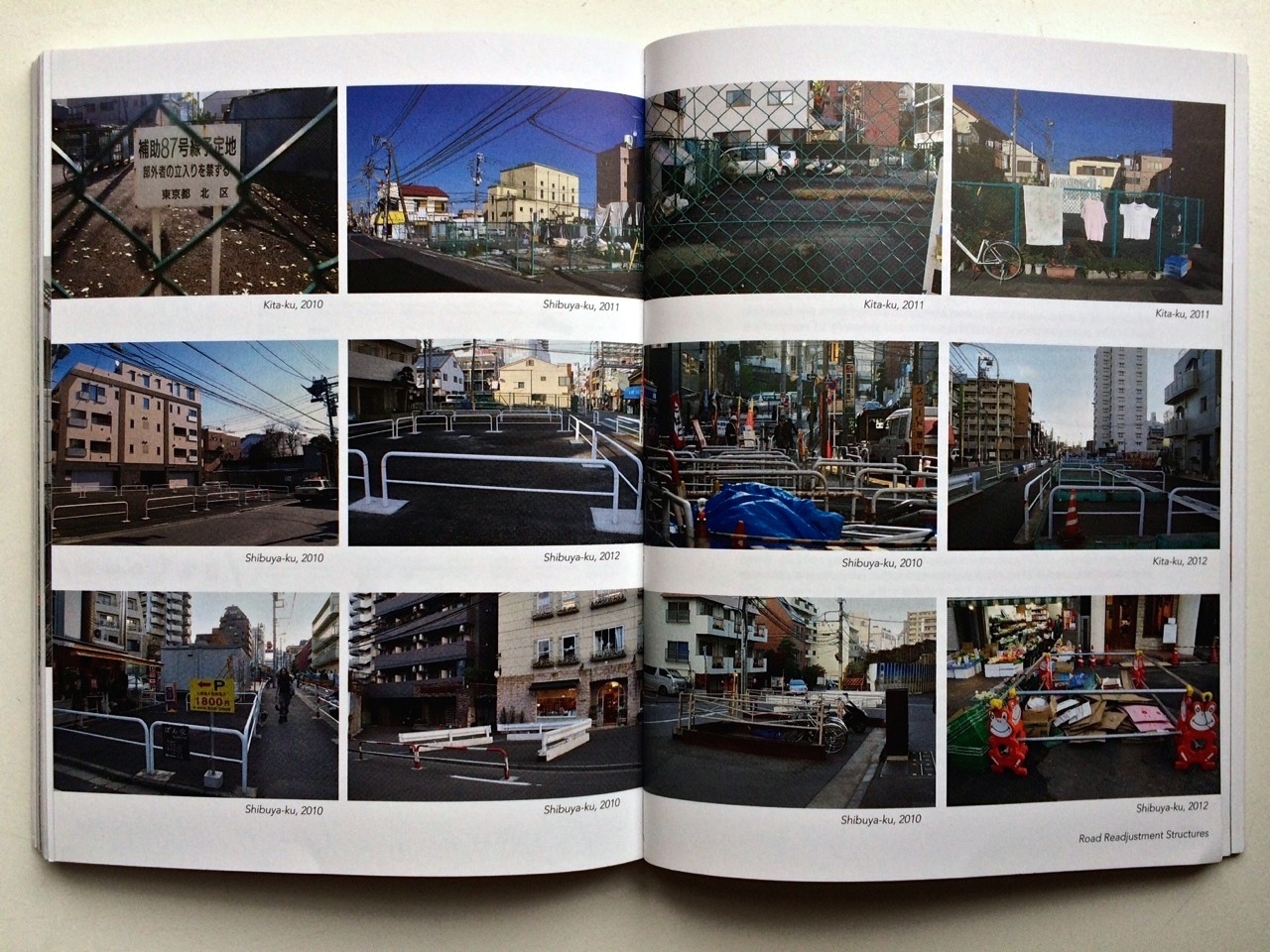 The first part of the book features a number of projects that show alternative strategies to conventional market-driven or architectural spatial development, many of them temporary, others characterised by a sort of permanent temporariness (a continuous sequence of temporary projects). Here, the focus is on the performative qualities of the voids in a wider urban context, and their positive impact on the social, environmental, political and economic aspects of the city. One example of the latter is Kasu Harappa ONDI, a site that was once designated for residential development but is now ‘fenced off’ by a thin rope and can be rented for a small fee by local residents for whatever activities they like to organise. 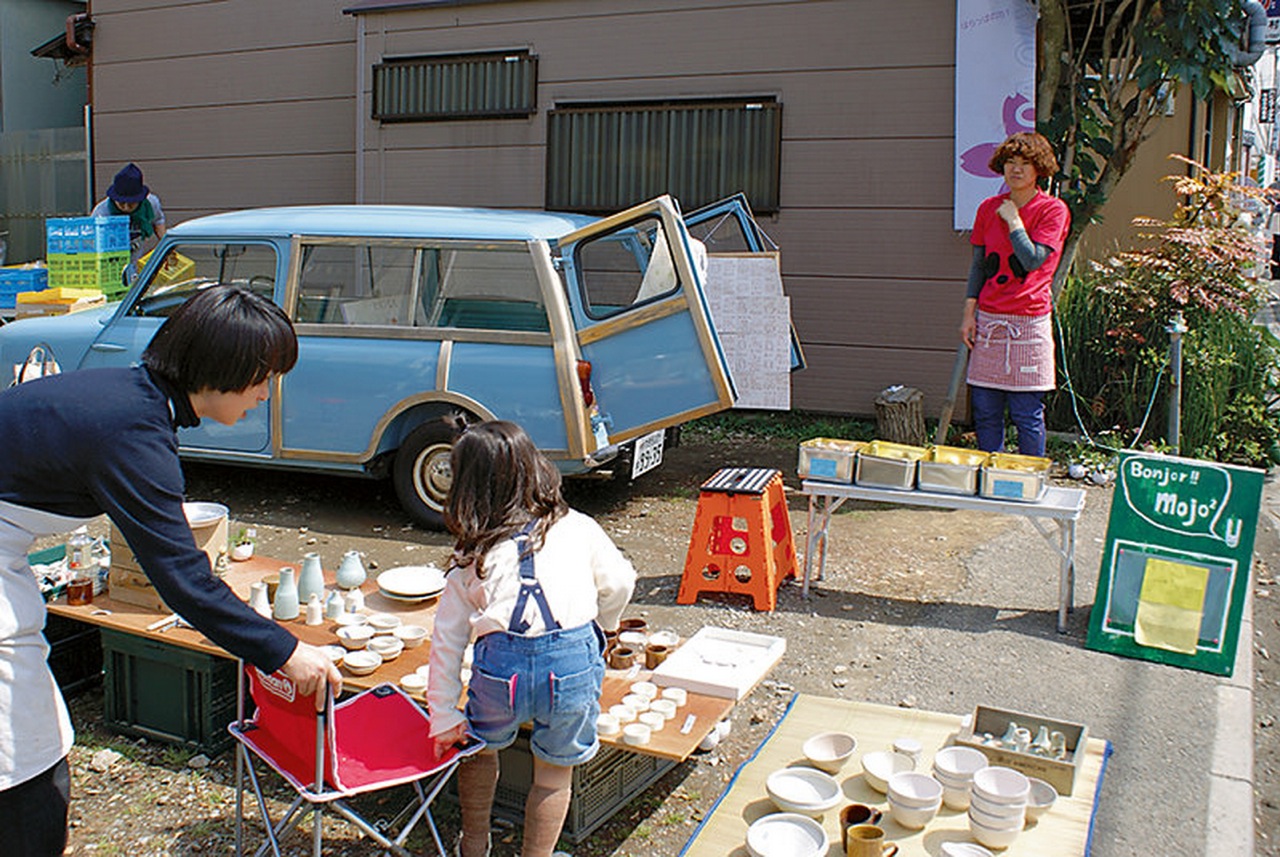 When focusing on voids, parks are a peculiar spatial element in Tokyo, often close to being an urban nothingness. Planning law assures a minimum amount of parks, partially as relief space in case of earthquakes. For every square kilometer, a minimum of one medium sized park and four small parks is demanded, and one large park for every four square kilometers. Nevertheless, many of these parks are unused, deteriorated, defensible spaces or the archetype of Mark Augé’s non-place. Study even showed that only 24 of 146 parks met the proper municipal standard. Contrary to the examples in the book that show activation of urban voids, parks – interestingly not considered voids – are often passive spaces that do not invite people to interact with them. Ironically, it is these planned spaces that often function less than the unintended voids. 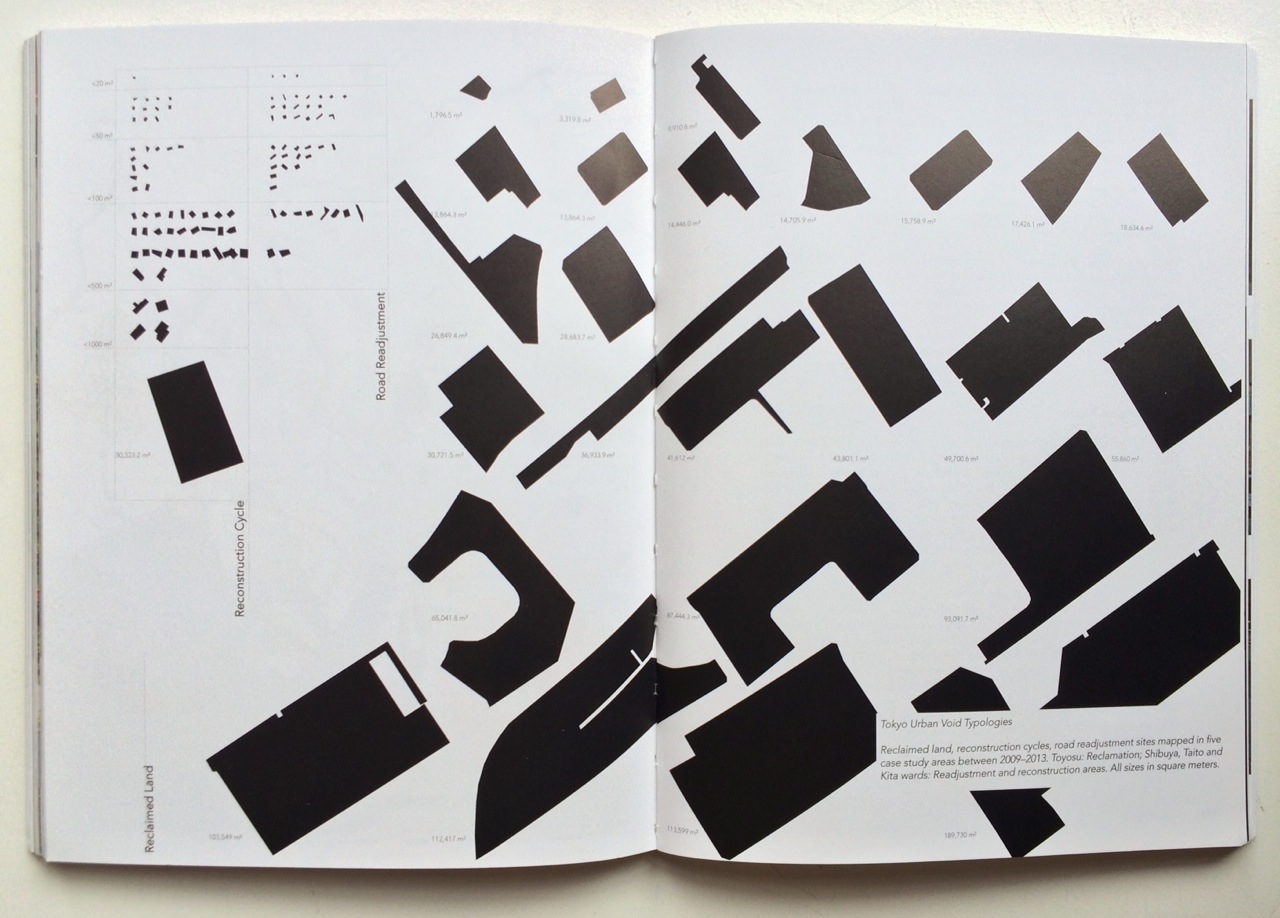 In the second chapter, the phenomenon of Tokyo’s interstitial spaces is contextualised. By mapping and interpreting voids in several parts of Tokyo, their interrelation to underlying demographic, spatial and political dynamics are shown. Examples of these larger developments include constant reconstruction, road-widening projects, government policies, land reclamations, suburbanisation, densification, and an ageing and shrinking population, all in their own way influencing the spatial characteristics of the Japan: creating, diversifying, influencing or filling up voids. 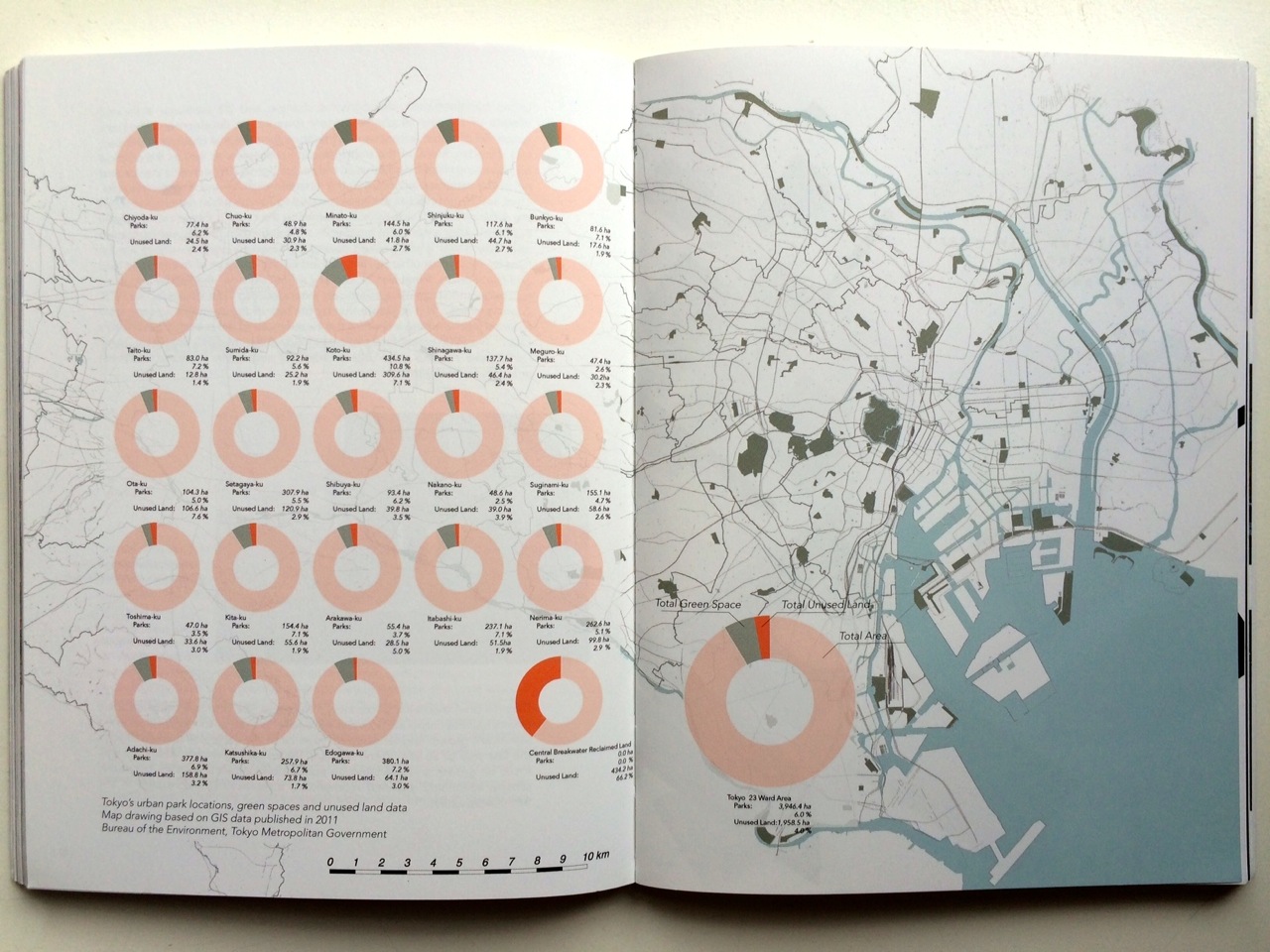 The mapping performed by the authors is impressive. Over the course of four years, they identified and revisited voids in five areas in Tokyo, generating insightful maps, graphs and visuals. Officially, 4 percent of the entire city is unused (excluding parks, etc.) and the proportion is fairly stable, even though Tokyo is a city of rapid spatial change (“in fact, Tokyo’s entire urban fabric changes approximately every thirty-two years“). The notion of ‘fluctuating vacancy’ is interesting, meaning that while the total of vacant space remains stable, voids shift throughout the city due to permanent urban transformation. This constant flux consumes vacancies and produces them as a by-product of development, “maintaining a dynamic balance between appearance and disappearance”.

Jonas and Rahmann call for an interpretation of voids as a connected, dynamic network of spaces. This would entail new collaborations between formal and informal actors, disciplines and administration that see the continually changing landscape of voids as an active part of the city that the city and its residents can benefit from. The book also goes into how materiality plays a big role in spatial experience, with seemingly unremarkable spaces showing a lot of detail when you pay attention, giving an extra quality to voids. 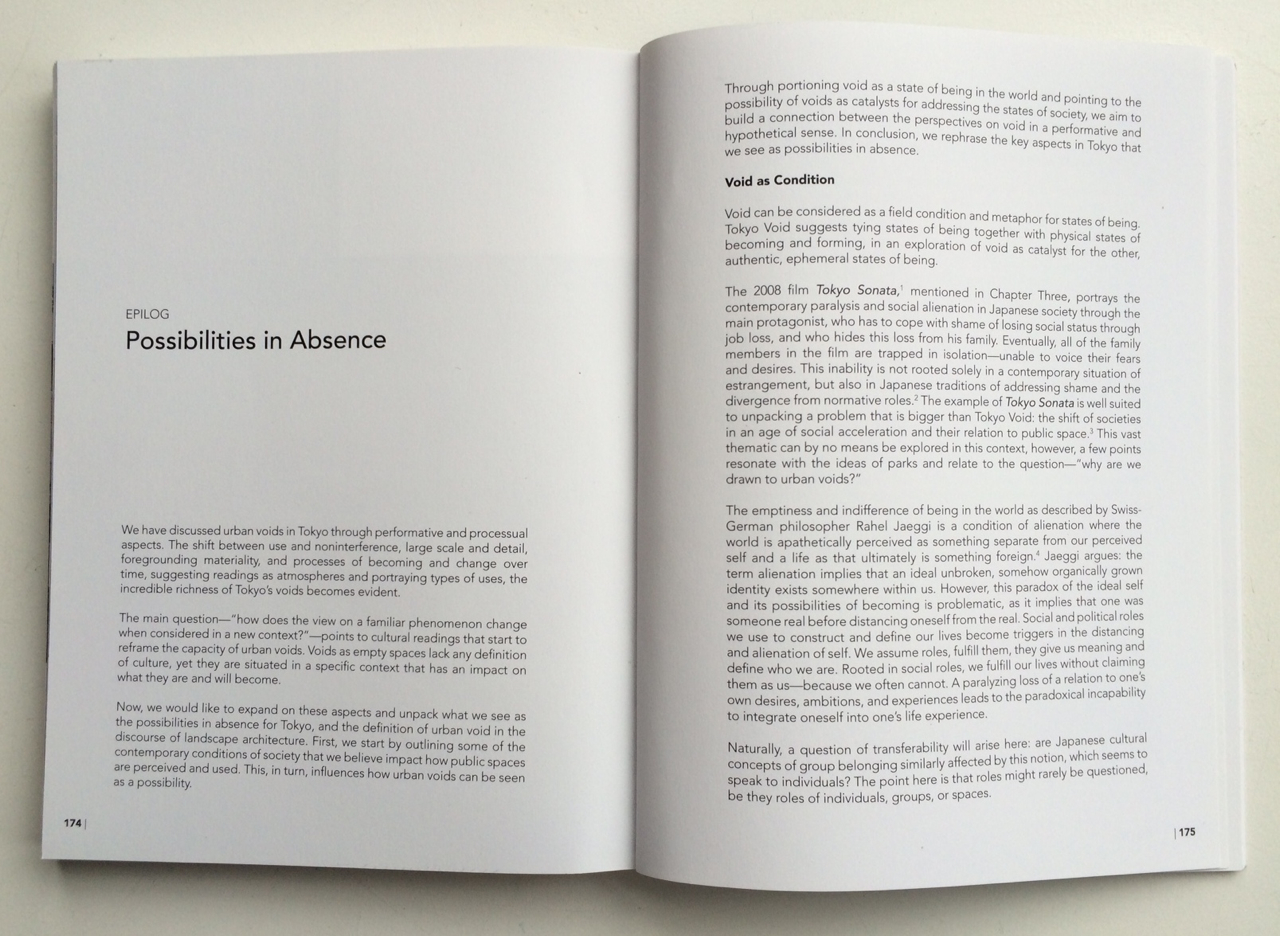 The most interesting part of the book is the epilogue, in which the second part of the title, ‘Possibilities in Absence’ comes to fruition by combining the case studies, mapping, and cultural interpretations of voids. The philosophical qualities of the void are that it evokes a need to feel and understand places, to engage and initiate, and to experience and be, because “their fleeting and uncertain existence sits close to our indeterminate and ephemeral existence“. Thereby these voids are the perfect urban elements for active engagement with the city, for interpreting society, and personal contemplation. Moreover (and similar to other writers), they challenge the scripted urban environment that dominates our experience of the city, which is predictable and treats its users as passive actors. Instead, we should embrace the roughness, imperfectness and subversive qualities inherent to voids, temporary spaces and leftover plots because they show the nature of cities that is not fully understood and used because “the systems we inhabit and use are designed to deny change, and a strong urge to identify outcomes as fixed entities directs all processes“.

Even though Tokyo’s own planning system can still make steps towards a more dynamic interpretation of urban space, the book offers lessons for cities in other parts of the world. Tokyo Void: Possibilities in Absence is not a toolkit for creating the best kind of urban temporality (thank god). Rather, it provides examples and theories that can enrich one’s understanding of urban impermanence. A void does not have to be regarded as a space where something is lacking. A void is anything but nothing. Simone Pizzagalli writes in his book Space, Poetics and Voids (which inspired me to write about the ‘poetry of decay‘) that the void “contains in itself all the potential of the space, all the relation not written and experienced. [..] Void is the place of tension of something that will be, a space in power, but also the only place where the recollection of reality, the composition of the parts, fragments, of life can happen.” Taking into account the presence of voids as a spatial richness is a refreshing perspective. And if a city known for its crammed, intense and hypervisual landscape can do it, shouldn’t we start embracing urban voids in other cities too?