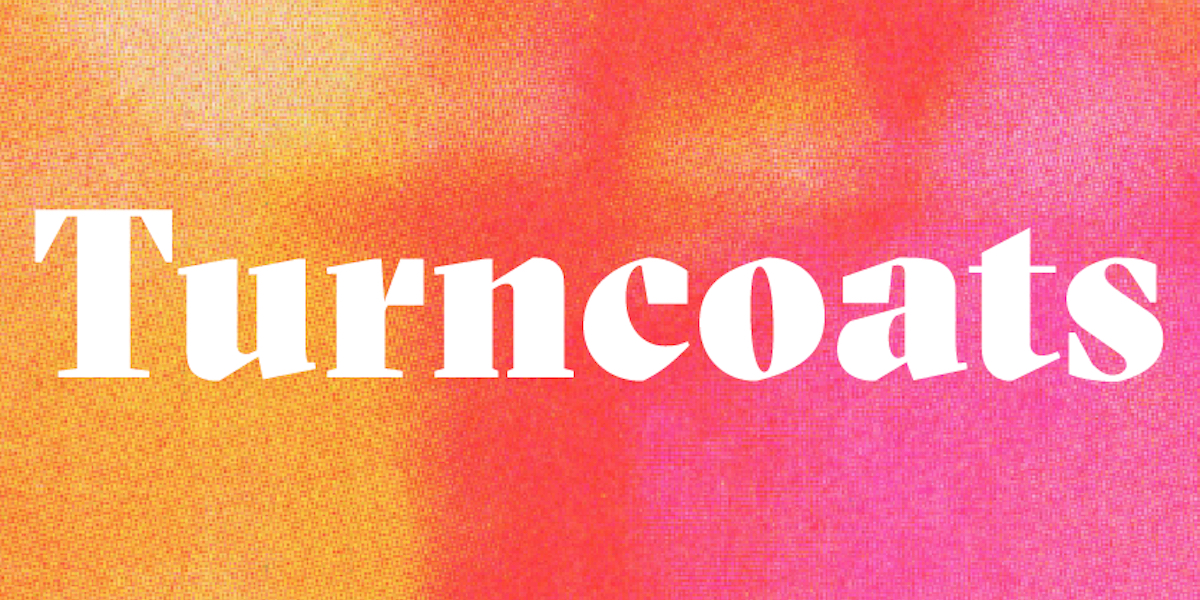 Turncoats, a new series of architectural debates, aims to provide an alternative to the "polite, critically impotent, elitist and stuffy" events we know. An interview with Phineas Harper, one of the initatiors.

There’s a new series of architectural debates in London: Turncoats. The initiators – Phineas Harper, Robert Mull and Maria Smith – are fed up with the current state of discussions about architecture. Organising six theatrically staged events – Quit Architecture Now, Consultation Con, Vanity Publishing, The Gender Agenda, Ornament is Crime is Crime and Toss Posh Tosh – they want to create an environment in which these fundamental problems in architecture, urban development and its media can be “rugby tackled”. I talked to Phineas Harper about Turncoats, ahead of its imperatively titled opening debate on November 5.

MM: What is Turncoats?

Phineas Harper: An idea, a hunch, a shot in the dark. Turncoats is a series of punchy debates aiming to ruffle feathers in mainstream architectural discourse and turn the format of panel discussions on its head. It is an experiment in how the profession debates key issues bringing together leading figures from across the profession and beyond.

How did Turncoats come into being?

Like all revolutions Turncoats began in the pub. Most architectural debates are incredibly dull. We’ve become used to lukewarm love-ins where everybody on the stage is too polite to say anything even remotely challenging. We wanted to challenge that. My co-conspirators, Robert Mull and Maria Smith, and I were regularly finding ourselves on panels or in audiences at these events wondering what and who they were actually for. So we decided to create a series we actually wanted to go to.

For a discussion to be sensible in the first place it can’t be highbrow. Architecture is in no way the closeted reserve of aristocrats as it once was, but that change has been the triumph of social and political progress rather than anything intrinsic to the profession. Our final debate starts with the polemical argument that dwindling professional power is a direct consequence of an institutional broad privileging of middle class backgrounds and upbringings. That’s a deliberately theatrical proposition but one which touches a nerve.

You told me that no recording equipment will be permitted at the Turncoats debates. Can you say anything about that? Are you not going to record anything? Can I bring a pen and paper?

There’s this pressure to film everything right now. You’ve gone to the trouble of gathering interesting people to dispense pearls of wisdom, why not stick them on camera and reach out to an online audience? I understand this argument but believe it is based on a false premise. For me, great debate is not a static spectacle to be watched through the lens of a camera but a dynamic participatory process relying as much if not more on the energy and contribution of the audience as the panel, no matter how star studded.

Secondly we’re trying to create a permissive atmosphere where all can speak freely. I believe that’s harder to achieve when your every word is being captured by recording equipment or tweeted to the world in real time. Panel and audience will be asked to seal their phones away in specially provided envelopes on arrival.

Instead we’ve commissioned courtroom-style sketch artists to capture the flavour of proceedings – so yes you can bring a pen and paper.

I’m perhaps most interested in the event on November 26, ‘Vanity Publishing’, which is about the state of architecture journalism. It often seems that most of this media does nothing but ‘churnalism’, blindly republishing architect and developer’s press releases, including the hollow marketing terms and seductive (but unrealistic) imagery of what they build. As you say, this press “feeds a cycle of shallow celebratory hysterics”. I agree; I feel they don’t judge, reflect or question. In an article you wrote exactly two years ago for uncube, you seem to have almost given up on architectural press’s capacity to keep the profession in check or to set or even encourage a political and social agenda for architecture. Has your opinion of this deteriorated further over the past two years or do you see signs of change?

Your question is timely – a war of words erupted last week on the Architects’ Journal website and overflowed on Twitter dragging in heavyweight critics from across the many titles. Wainwright, Finch, Olcayto, Hurst, Moore, Murray and Till weighed in. It was bitterly fought and, despite some grandstanding, clutched at the heart of whether architectural journalism should uncritically champion or hold to account the profession. The grizzly episode for me speaks to the increasingly fractious state of publishing – you hear rumours of titles merging, cutting costs or closing and fear the hunger of their asset-stripping owners is insatiable. It’s a tricky time to be in mainstream architectural journalism and tensions are high.

I see many causes for optimism though. Dezeen, who are our media partners for Turncoats have, I think, categorically proven that discerning, opinion-led writing can be a key component of their non-paywalled publishing model. Meanwhile the Architecture Foundation and the soon to launch Real Review are demonstrating that other funding structures can support independent journalism without the need for a giant publishing house. Failed Architecture and a number of other smaller players too are adding to a rich mix which, although unable to command the simultaneous attention of a large audience, are invigorating the industry.

So let’s embrace positive change where it is emerging, but not kid ourselves. I believe the core question on the table at the Vanity Publishing debate on the 26th is whose interests does the design media serve? Readers’? Customers’? Advertisers’? The profession’s? The public’s? Shareholders?

What element or topic of Turncoats are you most looking forward to?

It’s a potent mix and hard to pick one. Some of the debates are taking on themes widely pondered in the pub but rarely in public, like the dark side of community consultation or possible flaws in the profession’s feminism. But I am especially interested in question of minimalism as a form of architectural class warfare – that’s a big proposition bringing together inequality, decoration, economics and taste.

What will happen after the six events?

We’ve already been approached by architects all over the world interested in launching their own take on the project. We’re in conversations about taking the format, attitude and proposition of Turncoats to three more continents and there are also plans fermenting about Turncoats 2 back in the UK. Our first release of tickets sold out in less than 12 hours, something has struck a chord. People want change – and that’s a condition from which anything can happen.