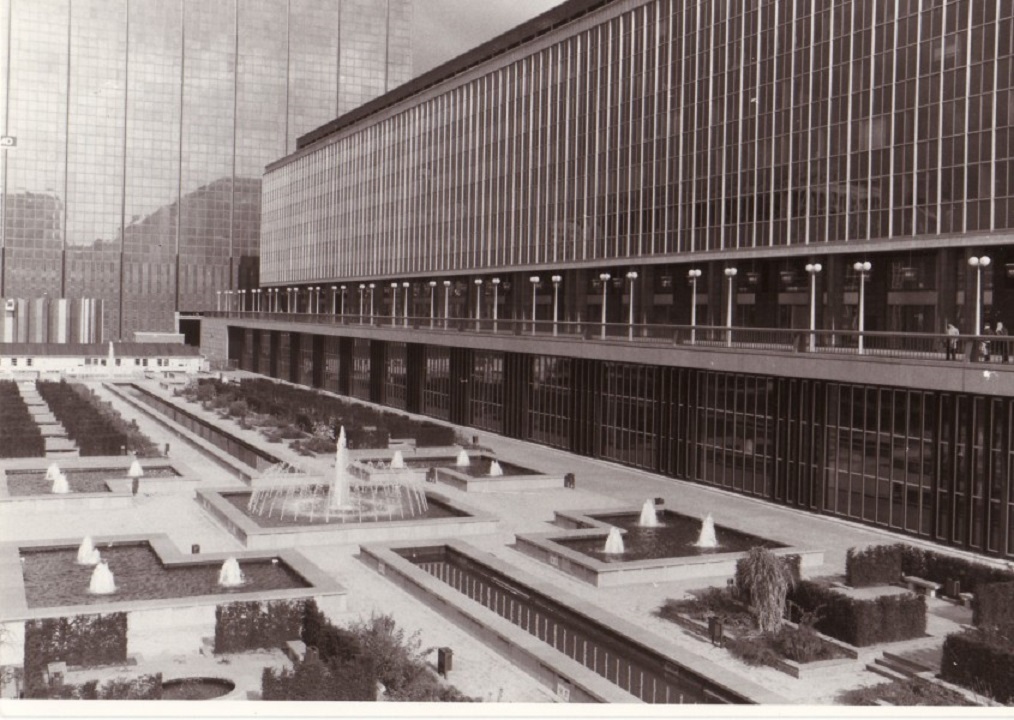 Failed Architecture went to Brussels to delve into the short but troubled history of the RAC-CAE, a prime example of 'Brusselisation', and captured the area’s current state in film.

Nothing in multilingual Brussels is known by just one name. The extensive site of the ‘Administrative Centre’ of the Belgian State, just a few hundred metres away from Brussels’ historical core, is called ‘Rijks Administratief Centrum’ in Dutch or the ‘Centre Administratif de l’État’ in French. It’s also known by the abbreviations RAC or CAE, the combination RAC-CAE, and a wide range of often rather negative nick names, of which ‘uncontrollable urban tumor’ has been the most recent. Failed Architecture went to Brussels to delve into the short but troubled history of the RAC-CAE and captured these images of the area’s current state.

Construction of the RAC-CAE started in 1958 on the former location of the popular quarter ‘Bas-Fonds’. This neighborhood, perceived as insalubrious and dangerous at the time, was demolished to make way for a building site of the underground North-South railway axis. When the area was vacated soon after, a substantial tabula-rasa development opportunity emerged, virtually unknown to central parts of European cities. A group of architects, including Lambrichs, Van Kuyck, Riquier and Gilson, was asked to design an office complex which was to become a symbol of Belgium’s unity by providing working space for all – both French and Dutch speaking – of the state’s civil servants. The architects came up with a hyper-functionalist proposal consisting of three towers on an elevated terrace, the construction of which was haunted by problems and took almost 25 years.

Even before the last tower was finally completed, the complex was heavily criticized for being such an enormous, mono-functional block, completely dividing this part of the city center. Its public space, shaped by concrete slabs below towering glass facades, didn’t manage to attract the crowds and the complex subsequently failed to integrate into the city’s physical and mental urban fabric. This short video clip shows some historical images of the model and features a son of one of the architects defending the design for its ‘proportional’ qualities.

Political developments dealt a final blow to the project. Even before the complex was completed in 1983, the federalization of the Belgian state into several communities and regions was initiated, which ultimately made the centralization of the government’s offices in one building very much unwanted. The first government departments started to leave the building in the 1990s and when asbestos was found in 2003 it was decided to vacate the complex altogether. The buildings were sold to a Dutch investment firm, which marked the beginning of a new problematic phase. The authorities and the new owner never managed to come to an agreement on the future of the site, which remained empty for years.

In 2010 a spectacular new redevelopment scheme was about to start, which included the renovation of the existing buildings, an improved embedding in the local context and the creation of two new apartment towers designed by Arne Quinze. The regional government however continued to push demands  for more modest dimensions of the new towers, after which the architect withdrew. The perspectives shown in this short advertisement will never become reality.

Today there’s still no consensus on the future of the entire site, but the renovation of some the individual edifices has started, as the Belgian Federal Police will start renting one of the major buildings soon. However, this ‘sale and lease back’ construction of the government has raised many questions and various politicians have demanded the investigation of the alleged corruption of government officials. Locals have expressed their disapproval of the new tenant, as they worry about the impact of related security operations on their neighborhood.

Meanwhile the quickly dilapidating, empty site has become popular with urban explorers, artists and the like. In an art performance called ‘The Phantom: Romantic post-Vandalism’ (see below) the Polish artist Gomulicki carved the Bauhaus logo on the façade of the Southern building by smashing eighty windows, exploring the tension between the confidence in the future once expressed by these typologies in relation to what has become of them today. While the renovation of the building to which the Federal Police will be relocated soon is well under way, the ‘post-vandalised’ building and the pedestrian-unfriendly surrounding public space will stay as they are for the time to come. While some might perceive the RAC-CAE as one of the highest achievements of post-war urban reconstruction, the complex will also remain a prime example of ‘Brusselization’, an internationally known urban planning term for uncontrolled, divisive urban developments.

add comment
Jean-Pierre Dürig
What a beautiful urban an architectural solution. And what a pity to destroy it like that.
Related