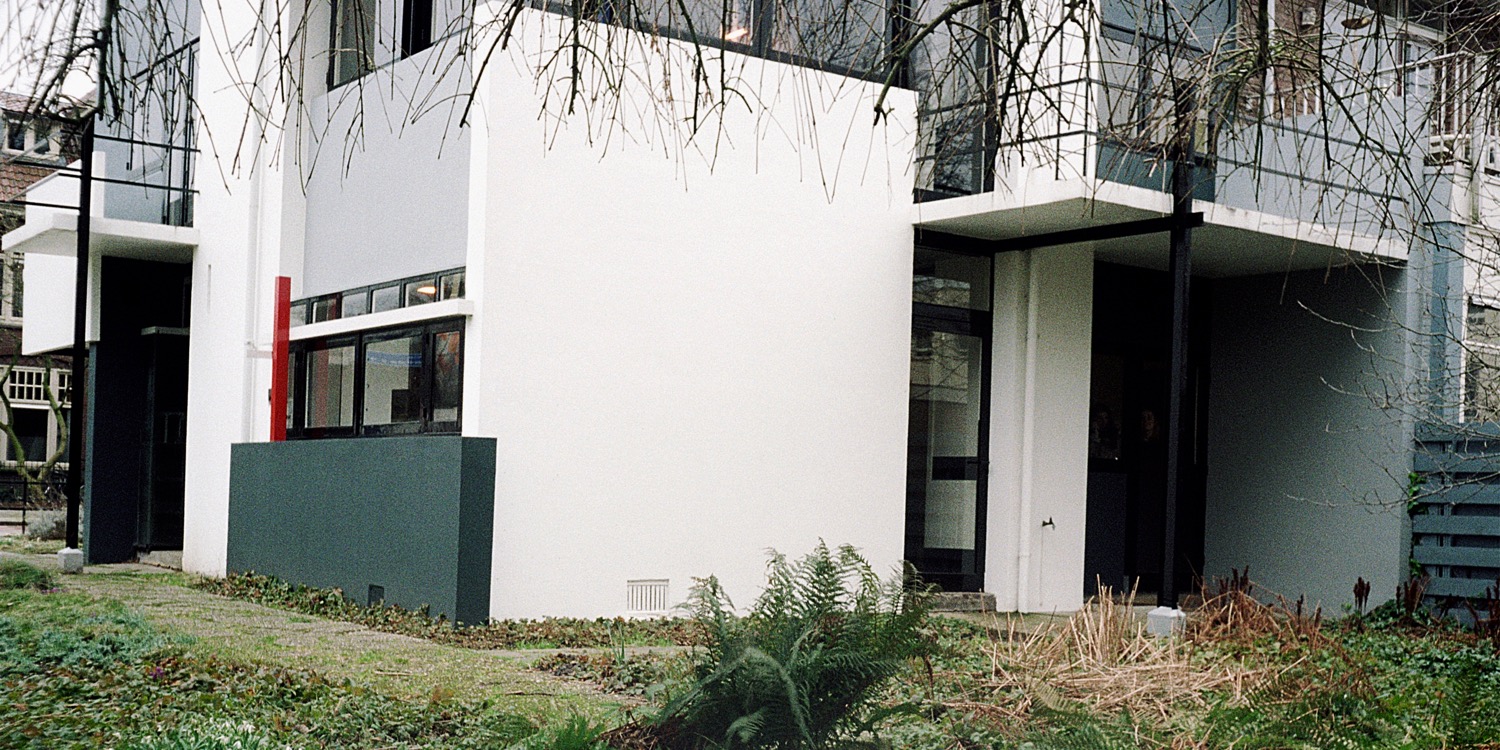 Two years since part 1 and part 2, a now-wizened Englishman revives his exploration of the Dutch city, turning his focus to the medieval city of Utrecht.

On the Sunday I set out to continue my intended series of visits to Dutch cities, Utrecht was my second choice. I’d intended to go to Maastricht but left it too late in the day to leave and so hastily lumped for Amsterdam’s close neighbour. Apologies Utrecht, you deserve better.

As this suggests, I did no planning for the trip, I just picked up a map in the central train station, realised I was in the city where the Rietveld-Schroeder House was, and set about walking across town and through the central shopping district to get there. This chosen route was helpful since it required a walk through the centre and out the other side, thereby allowing me to see a good chunk of the city.

In the few hours I spent there, Utrecht appeared to me as somewhat of a museum piece, in a good way. The buildings that stood out for me were remarkable in an archaeological sense: they demonstrated the origins of things that were taken further elsewhere and displayed abundant examples of a type of city that is no longer being actively produced.

Upon arrival, it didn’t take me long to notice how different the place is from Amsterdam. Everything is closer – smaller of course, but the buildings themselves feel closer – probably on account of an older and hence less rigidly planned street pattern. It’s a dainty predecessor to Amsterdam, more akin to a small medieval town mainly because it is self-evidently more ancient and less grandiose than its neighbour. Searching for an analogy, Utrecht is Glasgow to Amsterdam’s New York or Chicago. Both Utrecht and Glasgow serve as examples of a style of building that developed much further and was made much bigger in another place. In Utrecht, the style of Amsterdam is there, but the economics and history never forced the buildings to be built as high (interestingly, returning to the case of Glasgow, it is occasionally used as a stand-in for 19C Chicago, I wonder whether the same goes for Utrecht?). 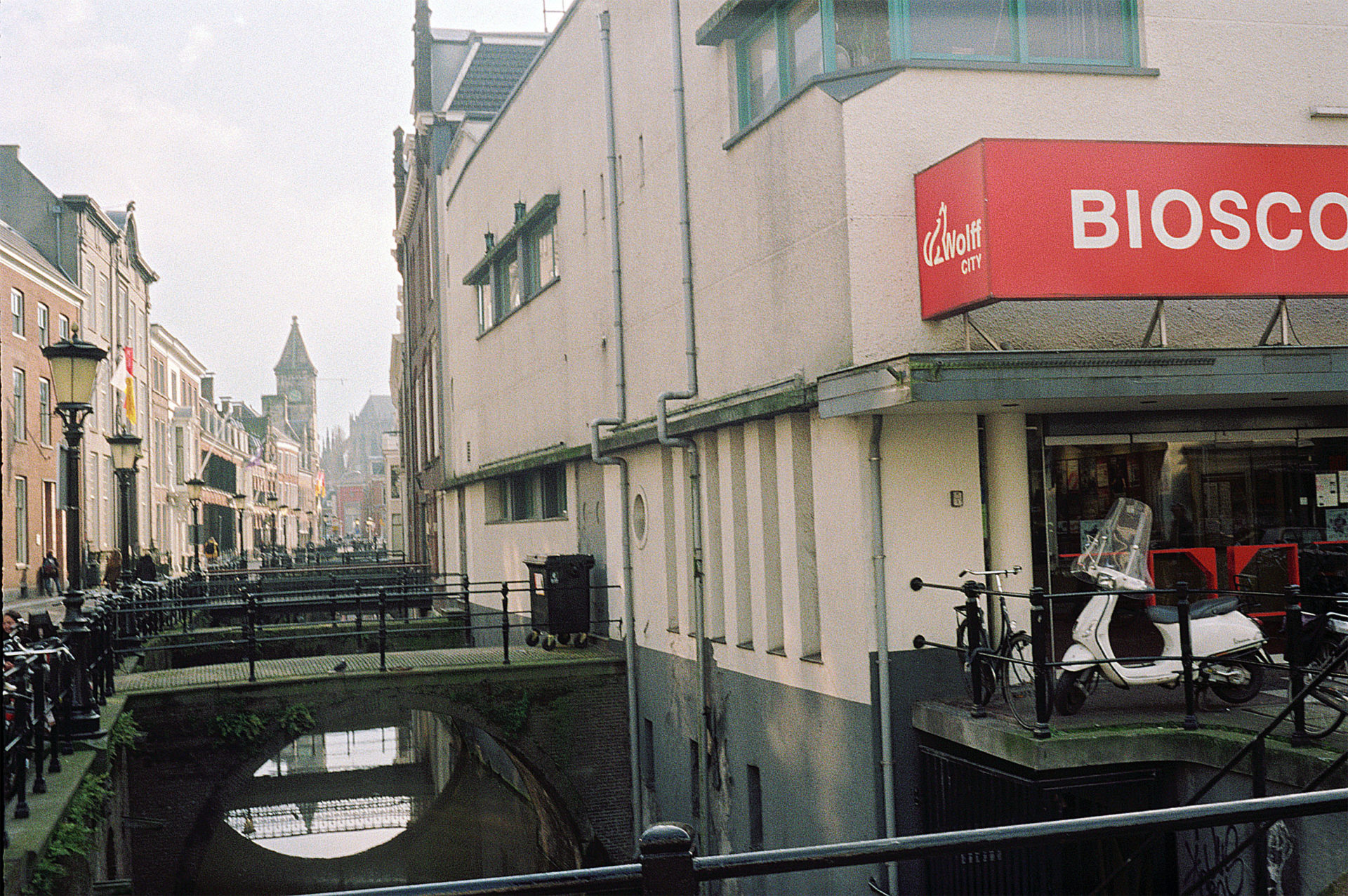 As I made my way through, I became increasingly conscious of a town centre that had not yet surrendered to tourism. More often it was students occupying the cafés and central squares, despite the cold. Utrecht offers an insight into the fact that citizens themselves were once the principal users of even the most beautiful towns. Imagine that! A Rembrandtplein full of useful shops, perhaps a marketplace, and only locals (or students, they’ll do).

On that note, what I really loved about the buildup and crescendo of this journey to the Rietveld House is how little tourist-aimed fanfare went with it. There are no signs pointing you in the right direction and the map I was given didn’t actually extend to the house, only offering a vague arrow, with no indication of how far off the map it was. 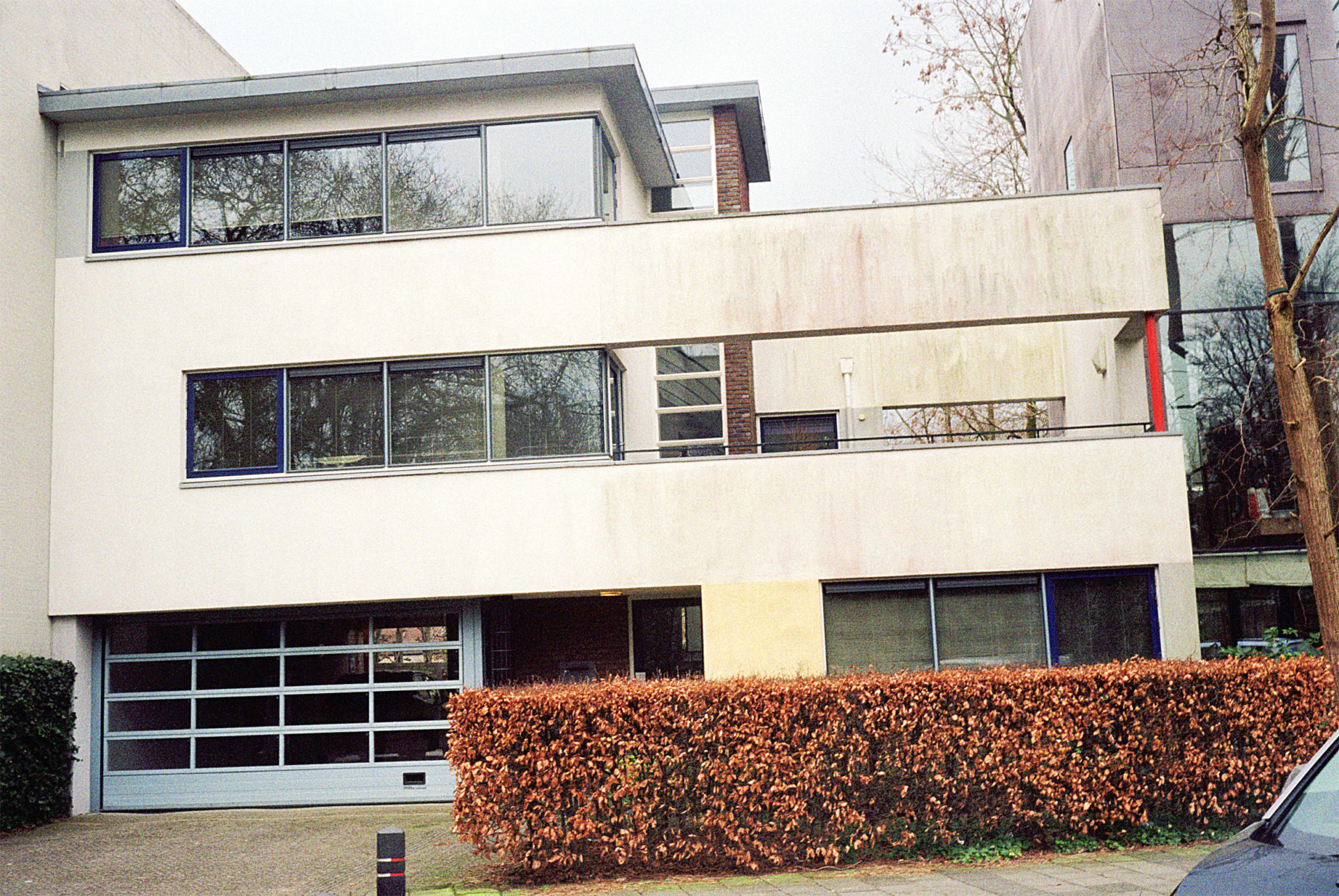 Indeed, I was sufficiently uncertain to take seriously a couple of blatant Rietveld ripoffs in the surrounding area before I found the real deal. I didn’t have my glasses on, granted, but it was still pretty funny to have to make doubly sure that a swanky yet spectacularly derivative house, a house that could have been built as recently as a few years ago, definitely wasn’t the Rietveld House (shows what I know about modernist architecture). To add to Utrecht’s understatement, the house itself is stuck to the side of a pretty nondescript series of apartments and it’s right near a main road. Once I got there, I wasn’t allowed inside. Apparently, you have to book (fair enough, it is pretty small) and so I contented myself with a few snaps outside (which unfortunately didn’t come out on the camera). But anyway, as the picture I did get suggests, it’s a real beaut: way better than the pretenders I’d encountered en route.

I especially liked how old it looks for an ostensibly ‘modern’ house. It’s clean and white with all the right modernist cues but it has also been gently battered over the years and clearly had a series of paint-jobs, so it’s slightly bumpy all over. This had the effect of drawing my attention momentarily to what’s so hideous about contemporary modernist-themed houses: their smoothness and the sense that they won’t stay shiny for long. In contrast, by being so conspicuously old the house forces one to think about the nature of architectural modernism in a very accessible way. Approximately, if this is modernism and it’s old and other things that are new basically suck, then what constitutes modernism anyway? One thing’s for sure, it’s not something that looks like it’s going to be shit in a few years time, and it’s therefore not to be found in the newly built parts of most cities.

It started to rain as I turned back and the whole atmosphere got pretty miserable. I was intending to meet a friend before returning to Amsterdam but, despite the prospect of being warm and dry over a drink, I kept being distracted by distant buildings. 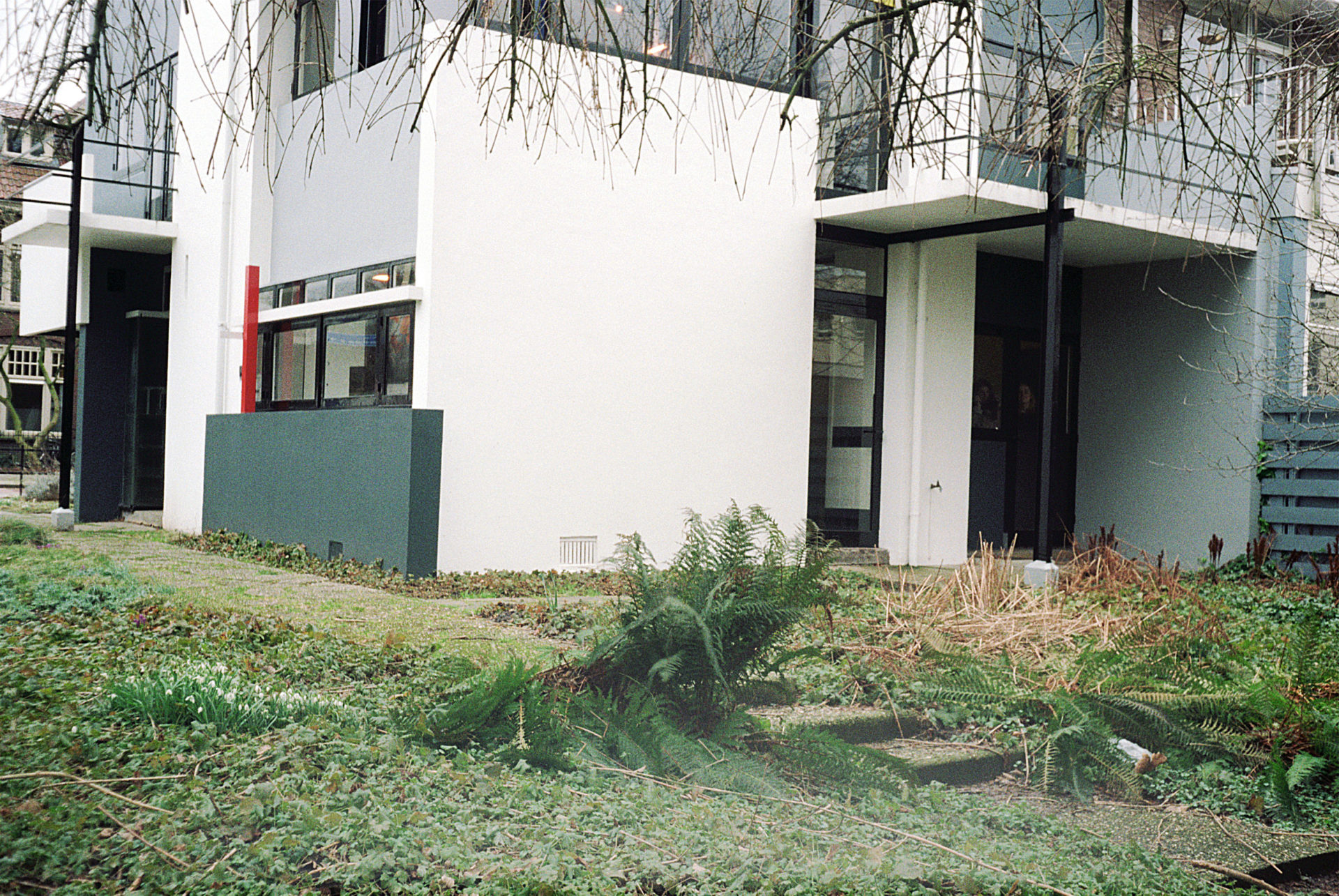 The real deal… really badly framed. Mind you, this bad framing does have the fortunate side-effect of revealing some of those nondescript apartments, as well as some decidedly unpretentious landscaping.

My poor eyesight makes for a peculiar interaction with the buildings of an unfamiliar city. Everything’s in a perpetual soft focus, so something big and out of the ordinary always appears potentially interesting. Going for a closer look almost always leads to disappointment, but as I was just about to give up I saw in the distance, in the direction I’d just walked from, a huge, looming brick building which immediately conjured images of London’s Senate House, the famous building used for the Ministry of Information in the film adaptation of George Orwell’s 1984.

True to its Orwellian form, it is the headquarters of ProRail, the fully state-owned railway company. I didn’t find out until afterwards, but this was the so-called Inkwell building (or Main Administration Building III, as it is affectionately known), thus named due to its likeness to the container people use to hold their ink. Built by the architect George van Heukelom, it is the largest brick building in the Netherlands (quite a thing in a land of bricks). Requiring 22 million bricks in the midst of a post-war shortage in building materials, the company built two brick factories and bought a timber factory in order to realise the construction. 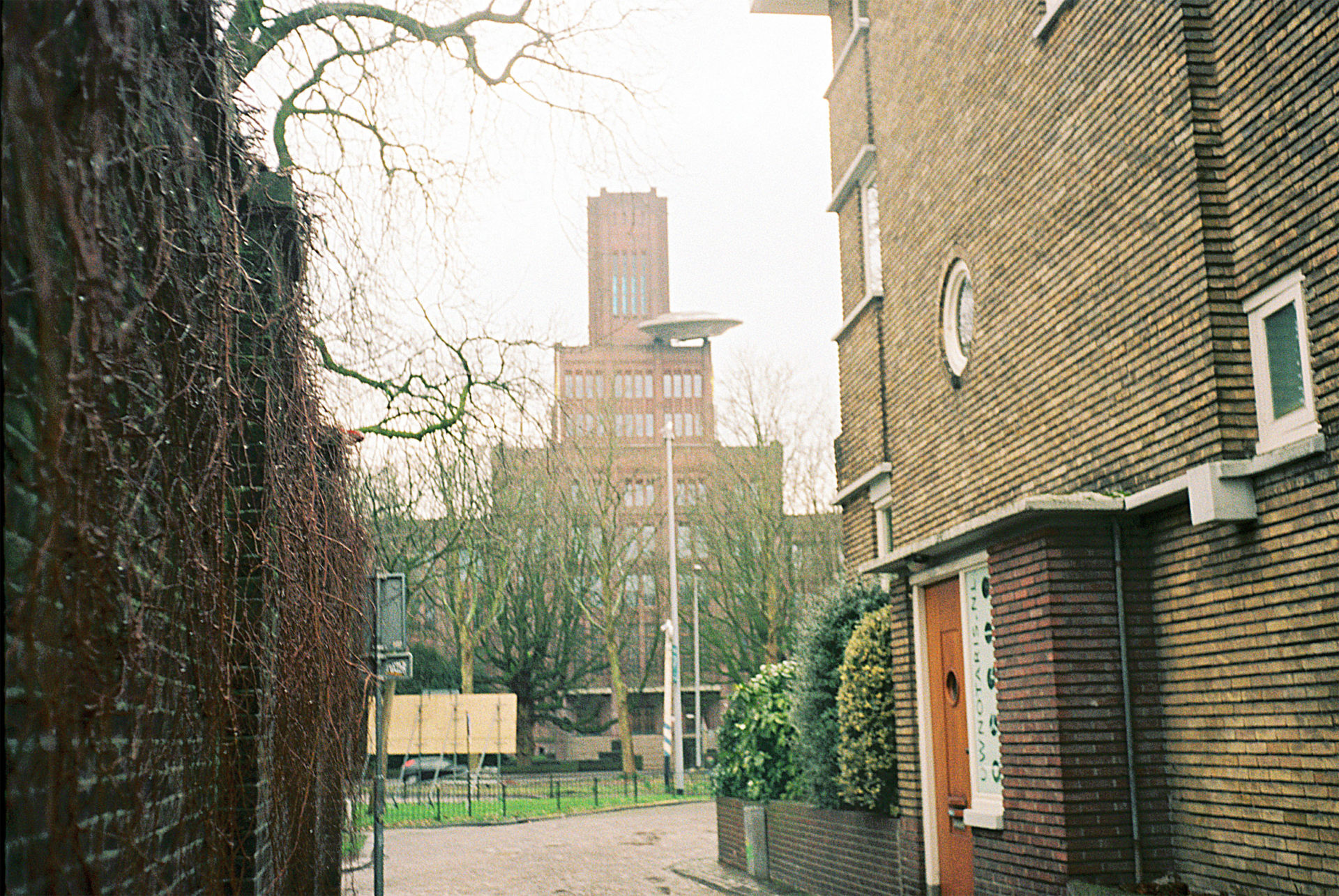 This building is stupendously big. Made all the bigger by the absence of anybody around at the time I was there (it was Sunday but still). Imagine the state building something this bombastic now? It just wouldn’t happen. The state is ashamed of itself, populated as it is by a whole load of people that are not only hostile to its very purpose but also more than willing to ship out its functions to private concerns that care little for the power the state needs to convey to function properly.

Thinking about this state-shame reminded me of a previous article I wrote about the decline of the welfare state as viewed through Sheffield’s public and municipal buildings. It made me realise how behind the Netherlands is in the relentless neo-liberal raid upon the state. At least this behemoth is still standing and still occupied by a predominantly publicly-owned company. 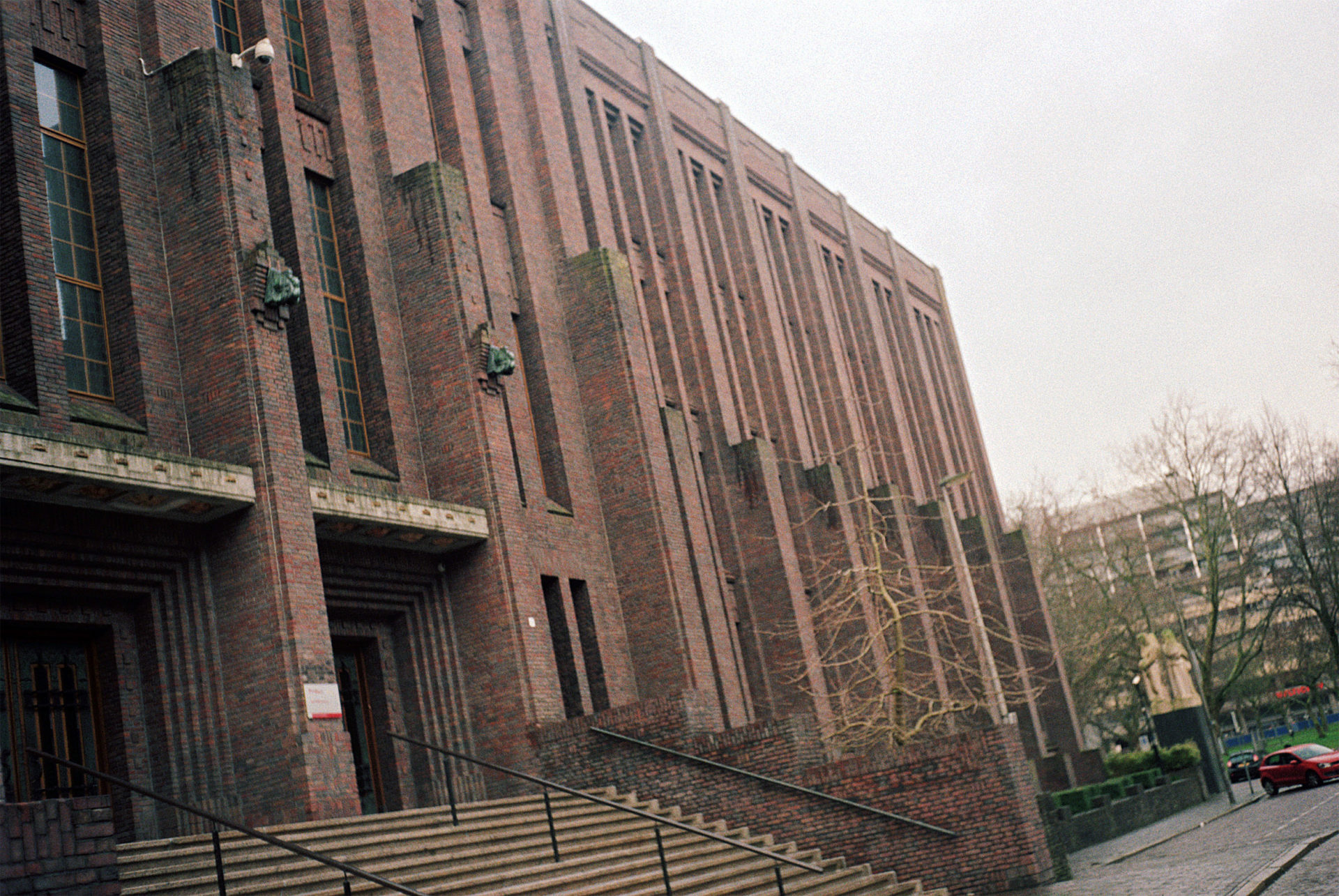 Inkwell up close… much too big to fit the whole thing in.

But, as I said at the beginning, my admiration is archaeological. The Utrecht HQ still stands but none of the more recently-built ProRail buildings resemble it. I often cycle past the ProRail building in Amsterdam. It’s a big modern nothing, totally scared of itself. And this is the first step, which without serious action leads inevitably to the next step, the withering away of state ownership.

And with the other things that stood out on my walk through Utrecht, the theme continues: the old buildings of the town centre are cosy but they offer only polite examples of a better approach to building. The lived quality of a centre free of tourists and occupied by mostly students and locals was, of course, good. But then we’re a long way off from this happening in cruise ship stop-offs like Amsterdam (that really would be something). Taken together with the Rietveld House and the Inkwell, observing all this was like wandering through a museum, looking at vestiges of a bygone era. I basically accept Utrecht’s qualities as part of the past. I’m not sure if it’s even possible to make these qualities more generally present.