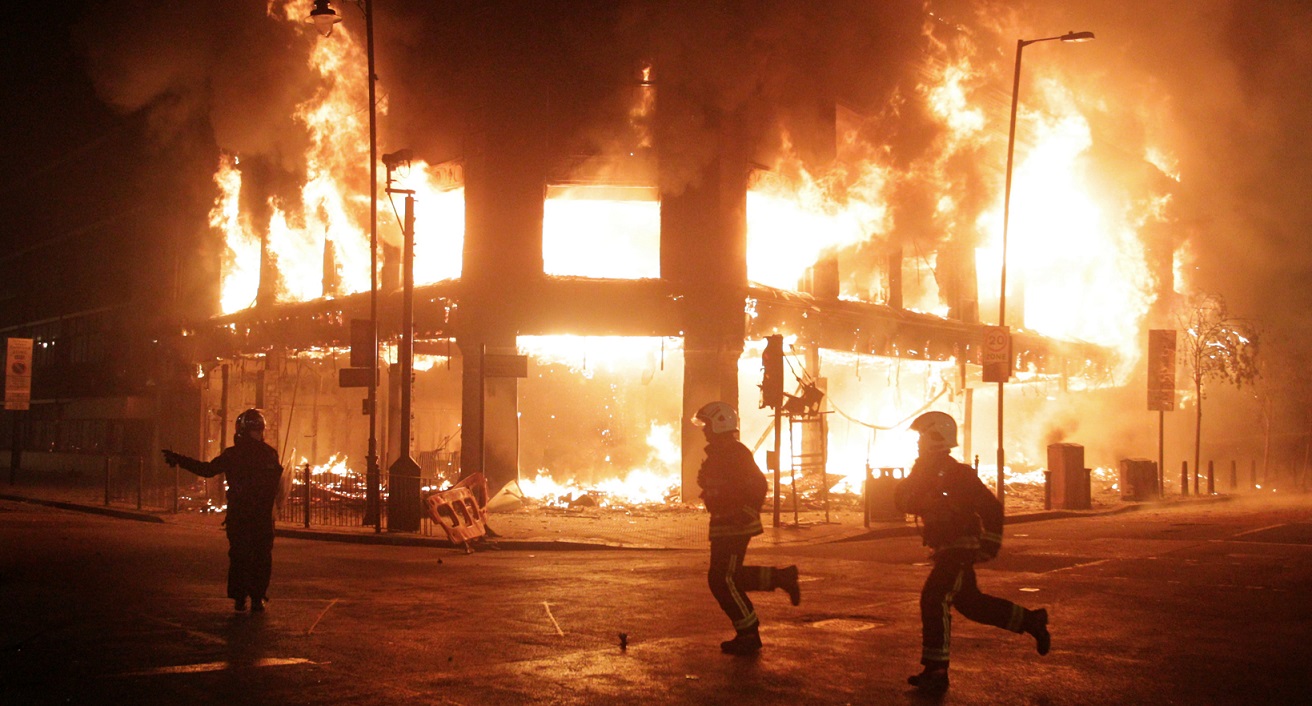 Is there a relationship between architecture and urban uprisings?

Ever since the riots in Great Britain broke out in the first week of August, media and experts have been discussing the relation between architecture and social behaviour. During our fifth edition on the 5th of October we discussed this theme from historical, sociological and planning perspectives. 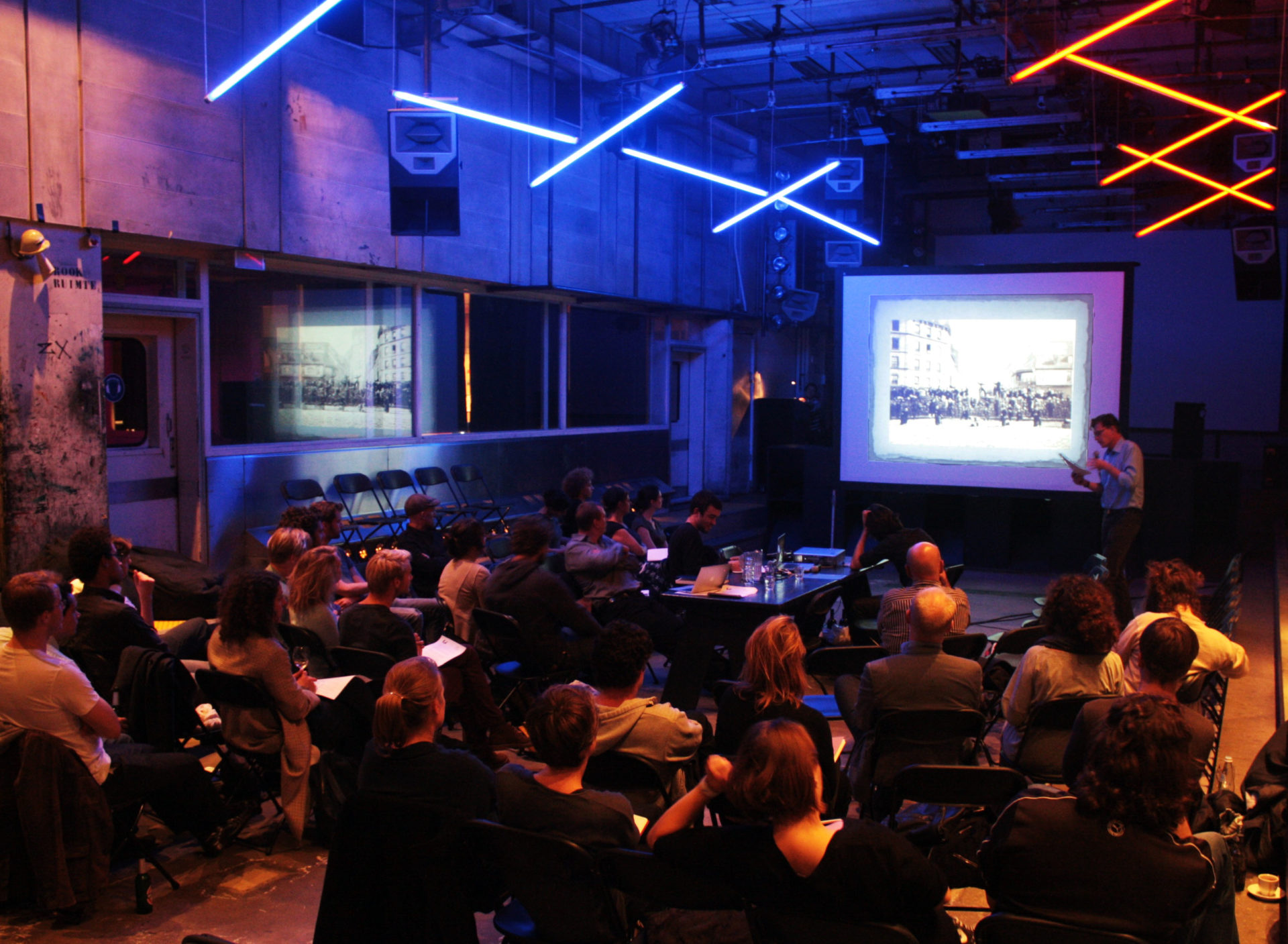 Obviously, social unrest tends to concentrate in urban environments. Rioting and the city have always been closely interlinked throughout history. In the first contribution to our fifth edition, historian Dennis Bos elaborated on the urban aspects of the 1871 Paris Commune. During this illustrious social disorder, a revolutionary self-elected government ruled the city for 72 days. Ending in utter defeat, it nevertheless was remembered and even sanctified by the international socialist, communist and anarchist movement as the first workers government in history.

However, the Commune was first and foremost an urban rather than a socialist revolution, as pointed out by Bos. First, the revolutionaries were mainly construction workers occupied with the ‘Haussmannization’ of the city. Second, the spaces they occupied during the Commune were visually highly symbolic in Paris’ urban context. According to some observers, this claiming of symbolic space was also discernable in London during the August riots. Third, the claims made by the revolutionaries were mainly directed against ‘urban’ socio-economic phenomena such as rising rents. Despite these urban preconditions, Bos refuted the idea that Haussmannization was the primal cause for the severity of the 1871 riots, thereby discharging planners and architects of being responsible for the social upheaval.

The German-British sociologist Robert Grimm took a giant leap forwards into history. After an autobiographical introduction in which Grimm elaborated on how it was to grow up in a state – in this case the former GDR – that was in a ‘continuous revolution’, the sociologist took the audience to the city of Manchester. Contrary to Bos’ arguments, Grimm did see a direct relation between social disorder and the role of planners and architects. He blamed the British state and especially ‘Thatcherism’ for rolling back in the provision of social housing since the 1980s, a development that was aggravated by the more recent specialization of the professions of developer, architect and planner. Only when the representatives of these professions co-operate in a strict and constructive manner can an urban environment be created that diminishes social divisions instead of enlarging them, as is the case in Britain nowadays. Furthermore, Grimm stressed that it was not the first time British inner cities experienced riots, but that in comparison with earlier social unrests – and the Paris Commune for that matter – there were no attempts whatsoever to politicize the course of events.

Our last speaker of the evening, urban sociologist Arnold Reijndorp, was given the difficult task to not only analyse the British riots, but also to come up with recommendations for the future. Reijndorp was struck by how the media was looking for a cause and scapegoat for the riots, provokingly stating that there actually might be no ‘Luna park without a slaughterhouse’. In the first place, we need to ask ourselves what we actually mean by umbrella terms such as ‘the public’ and the ‘public domain’ when talking about the rioters. According to Reijndorp the middle-class public that is currently disapproving of the riots in British media, is granted access to the physical as well as the spiritual public domain, thereby putting offside a neglected and hitherto frustrated, silent minority. In this way, it is not the built environment that failed in Britain, but the ‘public’ emancipation of this unrepresented minority. Reijndorp proposed a further non-paternalistic emancipation by the state, a discrediting of the prevalent hedonistic way of life in the Western world and last but not least a focus shift away from the urban environment. When local residents are given the opportunity to enhance their own environs, it is likely that the social conditions in an area will also improve. Thereby, Reijndorp joined up with Bos’ final comment: ‘Don’t blame the architect.’