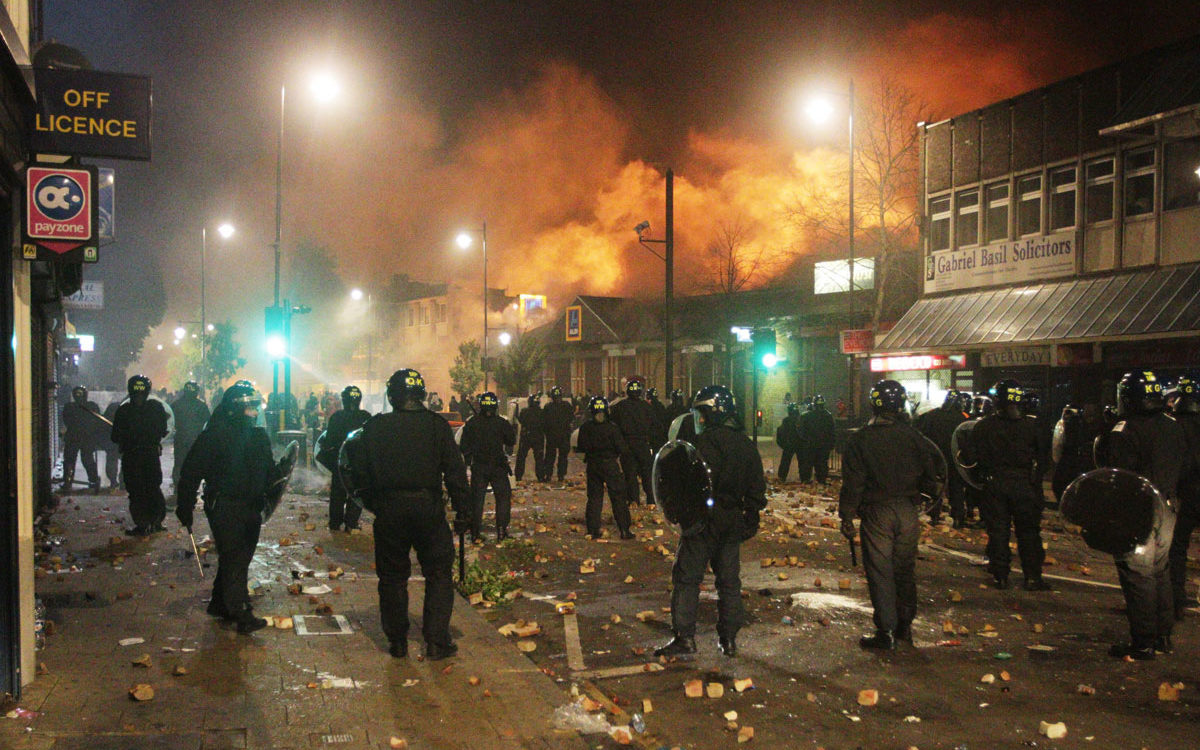 The opinions on the role of architecture in the UK riots differ widely. Here's an overview of what some people had to say after the events took place in August 2011.

Rather inevitably, discussion among the architectural community this week has focused on the UK riots and the question of whether the cities we have been building have contributed to social breakdown. The opinions on the role of architecture differ widely. Here’s an overview of what some people had to say.
Owen Hatherley, journalist and writer, Verso Books Blog:

“What I don’t understand is how absolutely anyone in any large British city could possibly be shocked by all this. Look at the looted, torched places, look at what they all have in common… This is urban Britain, and though the cuts have made it worse, the damage was done long before.”

“The UK riots have exposed curious anomalies about the relationship architecture maintains with society – at least in London. The message for architects, planners and developers is a chastening one. As Churchill famously intoned, we shape our buildings and then they shape us.”

This time no one’s blaming architects for the riots: This was very different to last time North London erupted – in 1985…At that time architecture was in the firing line… the last few days have taught us that “community” is a fuzzy word, and for too long architects have hidden behind it rather than confronted those who want to undermine and even destroy it.”

“The importance of the built environment to people’s investment in their communities is consistently underestimated.” (The article was first published on Lucy Inglis’s blog, georgianlondon.com)

“It is much too soon to say anything about the relationship between the gentrification of Brixton, or the coming of the Olympics to London, and the current explosion of violent alienation. But if we imagine another kind of urban politics, one that does not take into account a marketable image of the city, but the reality of the entire community, it would probably have entirely different priorities.”

“Supermarkets may be temples of worship for the members of the congregation. For the anathemised, found wanting and banished by the Church of Consumers, they are the outposts of the enemy erected on the land of their exile. Steel gratings and blinds, CCTV cameras, security guards at the entry and hidden inside only add to the atmosphere of a battlefield and on-going hostilities. Those armed and closely watched citadels of enemy-in-our-midst serve as a day in, day out reminder of the natives’ misery, low worth, humiliation. Defiant in their haughty and arrogant inaccessibility, they seem to shout: I dare you! But dare you what?”

–
The Architect’s Journal asked prominent architectural thinkers to comment on why Britain is burning and on the role architecture. The quotes are listed on AJ’s website website and more comments are added daily. Here’s a small selection:
Joseph Rykwert, architect and author

At least the architects are not blamed this time, as we were with Broadwater. Nor could we be, because (quoting Simmel) the city is not a spatial entity with sociological consequences, but a sociological entity that is formed spatially. Here the riots spatialise years of ramping up of social inequality. So when my Twitter feed calls for the reintroduction of Jane Jacobs, I blanch (because space is not the solution, just the symptom)

We will see much more of this kind of unrest in the future. No amount of regeneration funding will help.

London has been up for sale to the highest bidders in the international plutocracy for years and the results are there to see in the Shard and all the other grotesque signs of exaggerated wealth that are in fact impoverishing the public realm for everybody else.