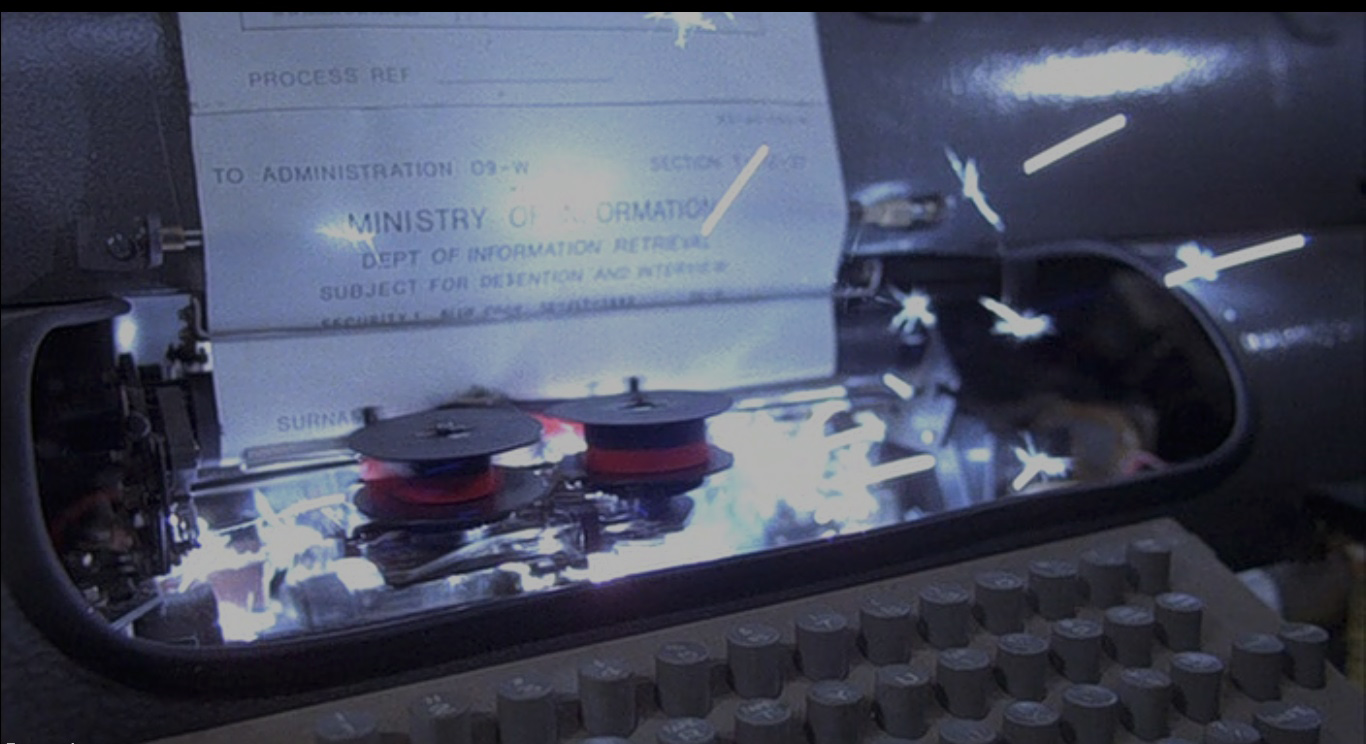 Léopold Lambert argues that failure is an essential - if not the only - generator of narrative in architecture.

First scene: A bureaucrat is sitting in a closed room surveying the machine that continuously supplies miles of administrative registries in a sort of choreography that seems to have neither start nor end. In the background, the television reiterates its continuous flow of verbal matter. Everything is functioning as it is supposed to be, the system and its cogs are operative. Yet, in this first scene, i.e. when the film really starts, the bureaucrat in charge, bothered by a fly, resolutely kills the latter that then fell into the machine. From there, the corpse of the fly is transformed into a typo on a paper that, we will soon learn it, is a warrant of arrest. The person whose name was accidently registered by the machine will see his apartment raided through its own walls by some sort of military police, his neighbor will undertake to prove his innocence, she will meet the main character who will ultimately rebel against the administrative system from which he was part of. 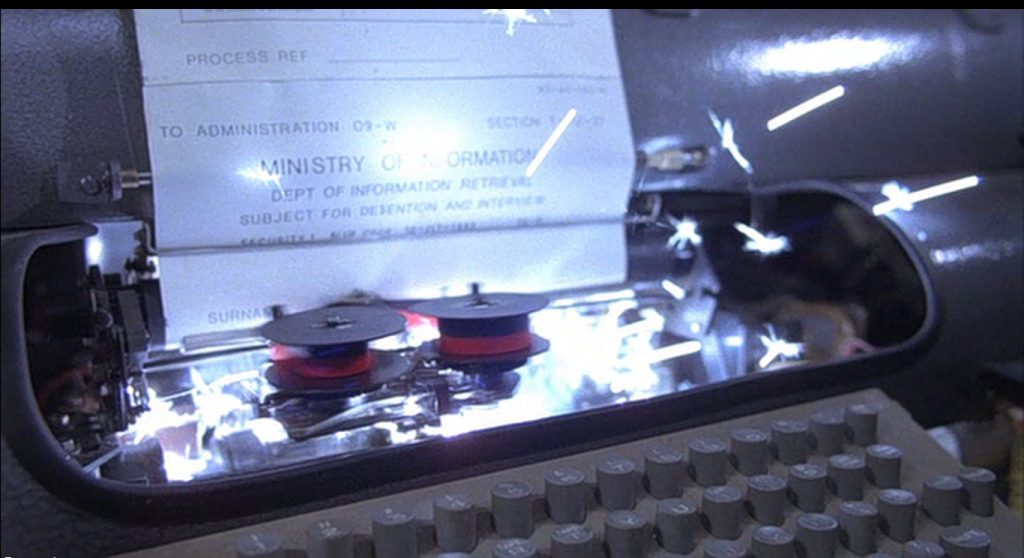 Still from the opening scene of Terry Gilliam’s Brazil.

Many of you will have recognized Terry Gilliam’s film Brazil that will help me illustrate my argument in this text. This argument is that failure is an essential (it might actually be the only one) generator of narrative. But, first of all, what is failing in narrative? What is this object that is described to us as the subject of an entropy that will make it completely different from the beginning of the story to the end of it? This object is nothing else than the physical, social, emotional or cultural context in which the narrative is embedded into. Whether we are talking about the totalitarian bureaucracy of Brazil, the mental state of Jack Nicholson’s character in The Shining or the lives of the inhabitants of One Hundred Years of Solitude, the narrative is always triggered by a form of disaggregation of the conditions in which it is set.

Such an observation implies that narrative is a powerful political tool, as it proposes scenarios that destroy the statu quo and thus contributes to a revolutionary imaginary. The totalitarian press is well-known for its continuous flow of comforting reports and news; in some sorts the latter can be considered as counter-narratives. “Tout va bien, dormez braves gens” (everything is good, sleep well good people). This used to be the sentence screamed by the night watch in feudal France, before the clock was invented and democratized. “Everything is good” i.e. the system is operating without failure, has for consequence the ability for “good people” to sleep. There are no failures, therefore no stories to tell, and therefore no material on which an articulation of subjectivity – proper to the political act – can be based upon.

What does architecture have to do with that? Architecture is a discipline that involves numerous counter-narratives through the formalization of a series of causes and intended consequences: I design a door here, so that one enters the building here, I write the word “bedroom” on my plan here, so that one will sleep here, I place a lock here, so that no one could enter here etc. The failure of architecture is not as interesting when it is self-destructive, when it collides or when the roof leaks etc., but rather, when the architect’s decisions, which are necessarily political to a certain degree, obtain different results than the one originally expected. When I write architect here, I do not mean only the person responsible for the design of an architecture – although I suspect that most of the readers of this text will be architects in that sense – but rather, the totality of actors who project a certain amount of political conditions that architecture will have to implement. Whether these projections involve the establishment of a normative body, the containment of a social class on a given territory, the optimization of police operations or, more simply, the implementation of private property, the comfort of domesticity or the safety of “good people”, there is something inherently problematic in the transcendence that the architect embodies in relation to the people who will be hosted by this architecture.

The failure, and therefore the creation of a narrative, here therefore consist in the discrepancy of these projected intentions and their actual concretization. Just like a national political system fails through the unexpected behavior of its subjects, architecture – another form of political system – fails when unintended behaviors start to appear within it and the transcendence of the architect is replaced by the immanence of architecture’s inhabitants. The only thing that architects can do about it, consists in embracing such a failure, and go as far as including it within their design in an act of self-contradiction beneficial to the people subjected by it.