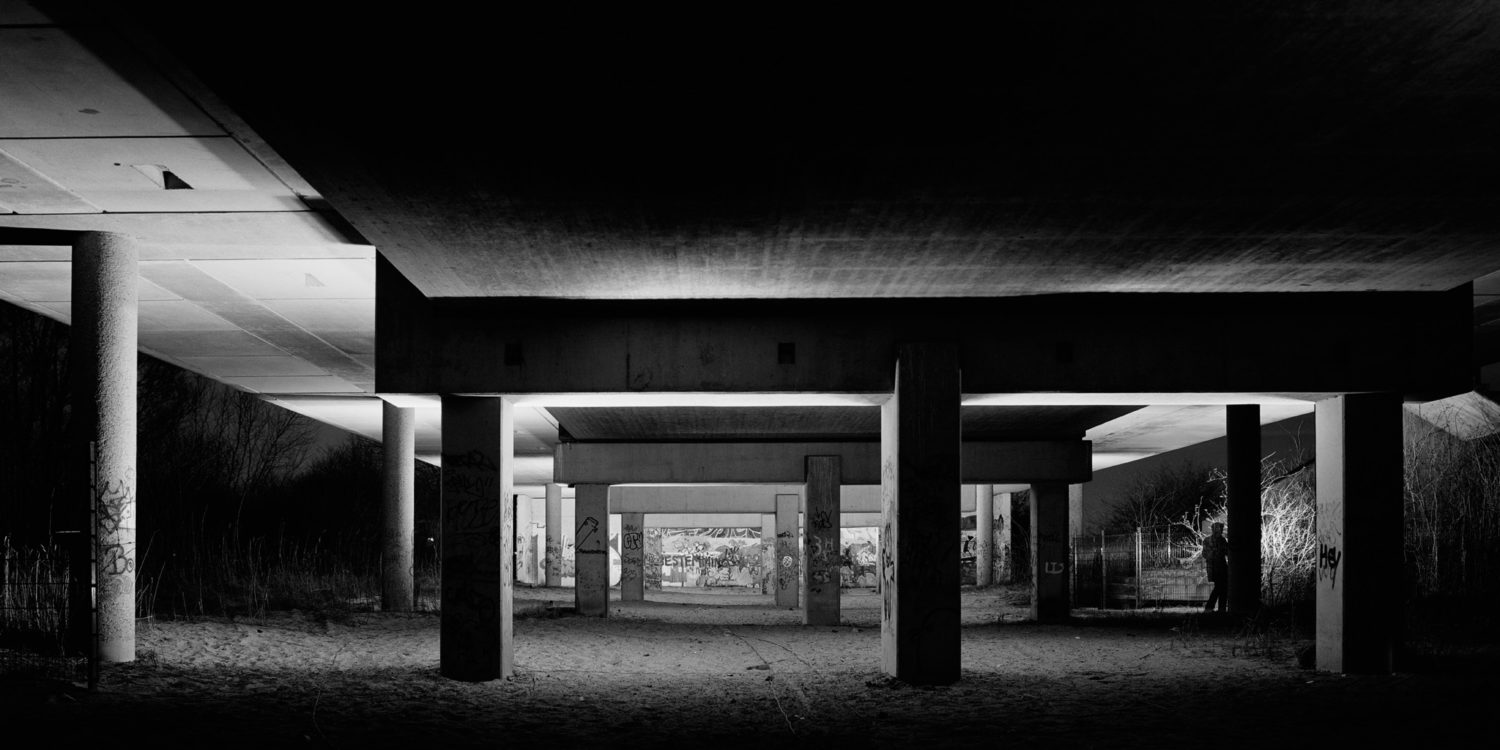 The carcass of a once constructed but never finished train station has been laying in the Dutch polder for over 25 years. Photographer Denis Guzzo captured the structure, showing its limbo between non-place and place.

The Dutch city of Lelystad is a city raised from the sea. In the late 1950s, on a spot where 60 years ago there was only water,  around 1500 square kilometres of land was reclaimed from the IJsselmeer lake, which had itself been open sea until the 1930s.

Ambitions for the city were high. It was meant to house 100.000 residents and be an important centre for the entire – newly created – province of Flevoland. Through the 1960s and 1970s, the most cutting-edge architecture and planning ideas were applied to this tabula rasa. Lelystad featured modern housing and plenty of space,  both green and water, and one of its most striking components was an elevated system of bicycle lanes. The city’s future seemed bright.

However, reality never lived up to the city’s optimistic ambitions. The province was supposed to be larger but one lake was never drained, thus making Lelystad’s hinterland unexpectedly small. Moreover, the construction of the city of Almere, which was closer to Amsterdam and the west of the Netherlands, diminished the importance of Lelystad as a regional centre.

In the 1980s, the city suffered from vacancy and an outflow of 10.000 inhabitants. Nevertheless, in 1988 the train station Lelystad Centrum was opened, finally connecting Lelystad to Amsterdam (and a.o. Almere and Zwolle) by rail. But the planning authorities optimistically anticipated further growth with two additional stations, Lelystad Noord and Lelystad Zuid. While Lelystad Noord never even made it to the drawing board,  Lelystad Zuid was constructed, in expectation of future use once a new residential area was built around it. 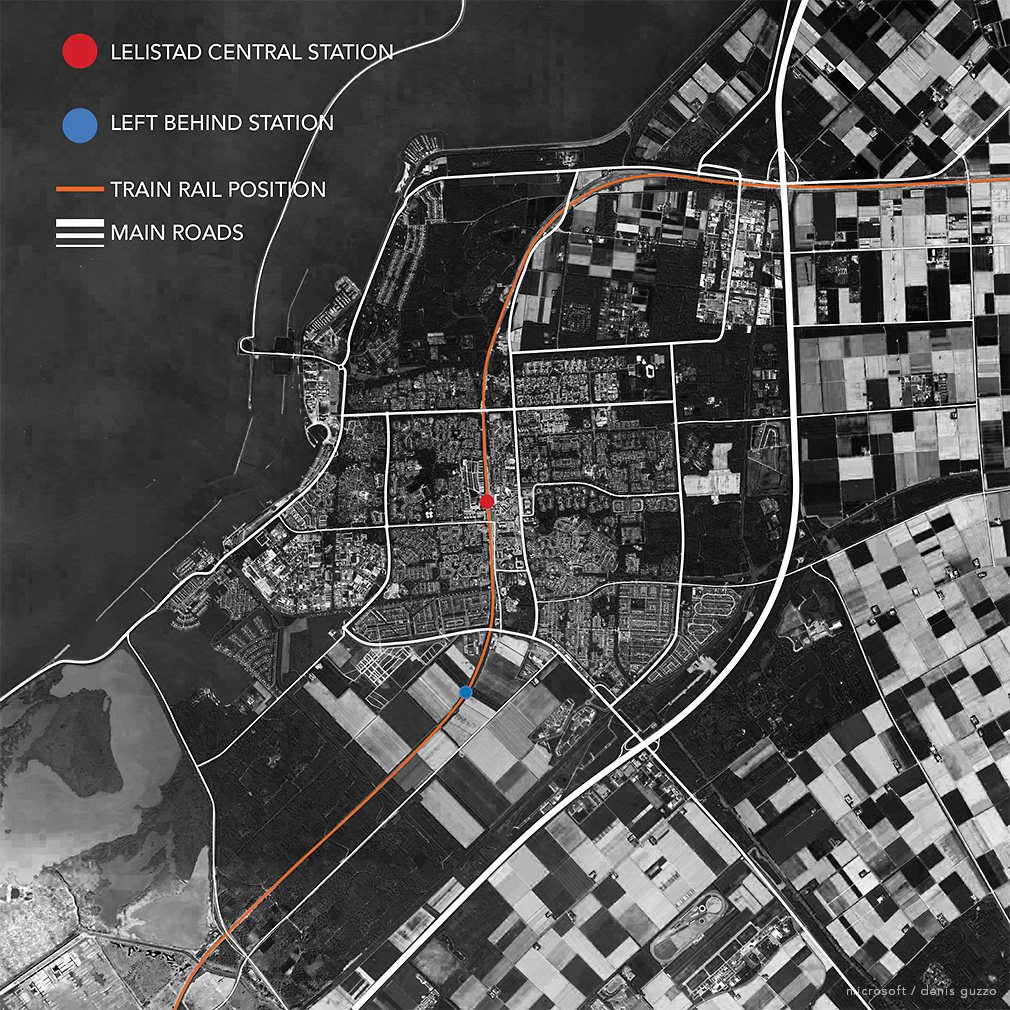 The location of the station (the blue dot), right in the middle of the fields south of Lelystad.

To date, however, hardly any houses have been built in the area. The concrete skeleton of the station stands solemnly in the quiet fields, a train shooting through it several times each hour without stopping. The construction of the planned suburbia around it will begin soon, but the comatose station will most likely not be reanimated before 2025.

Photographer Denis Guzzo captured the station by night,  highlighting its surreal eeriness. The title of the project is ‘Never So Bright’. When asked why he gave the project this name, Denis answered that the light ‘corresponds to the hope that a left behind piece of infrastructure such as this station may eventually reach the function for which it was designed. The station is captured as an object floating into twilight, a visual exploration of a transitional meaning: the limbo between ‘non-place’ and ‘place’’.

With the city slowly expanding to the south, the future of the Lelystad Zuid station has actually become a little brighter. It remains to be seen, however, whether there will ever be enough local demand for an extra station in the city. In the meantime, the concrete structure lies idle in the field, quietly waiting for the busier times to come. 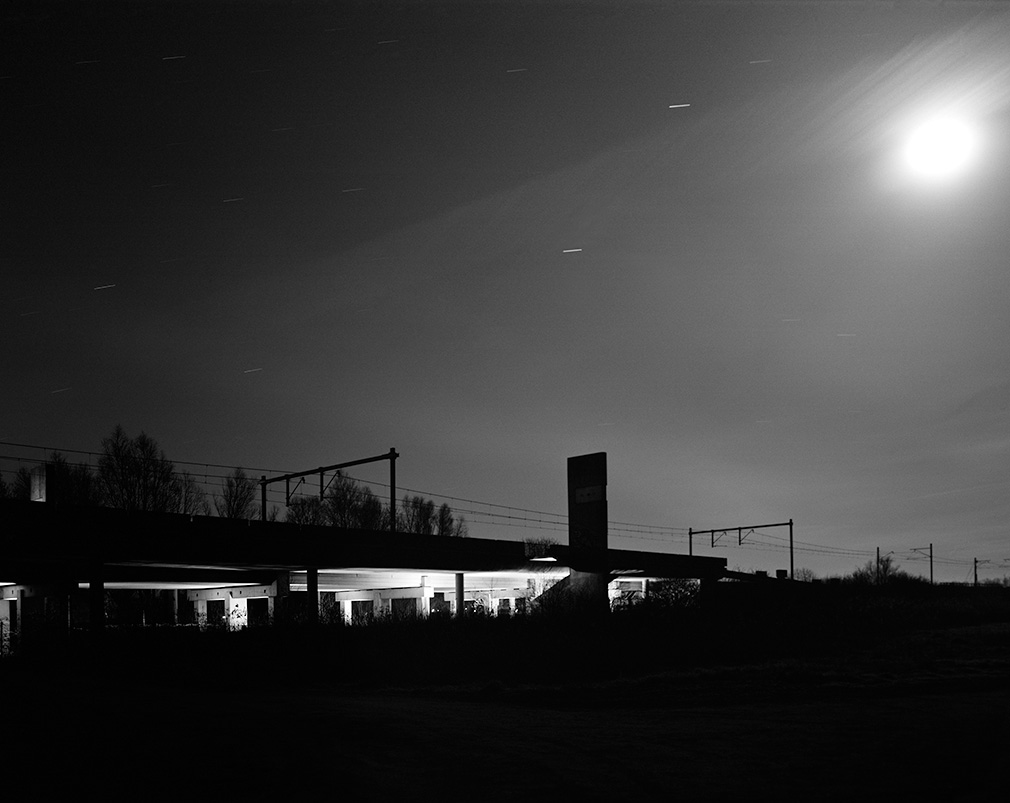 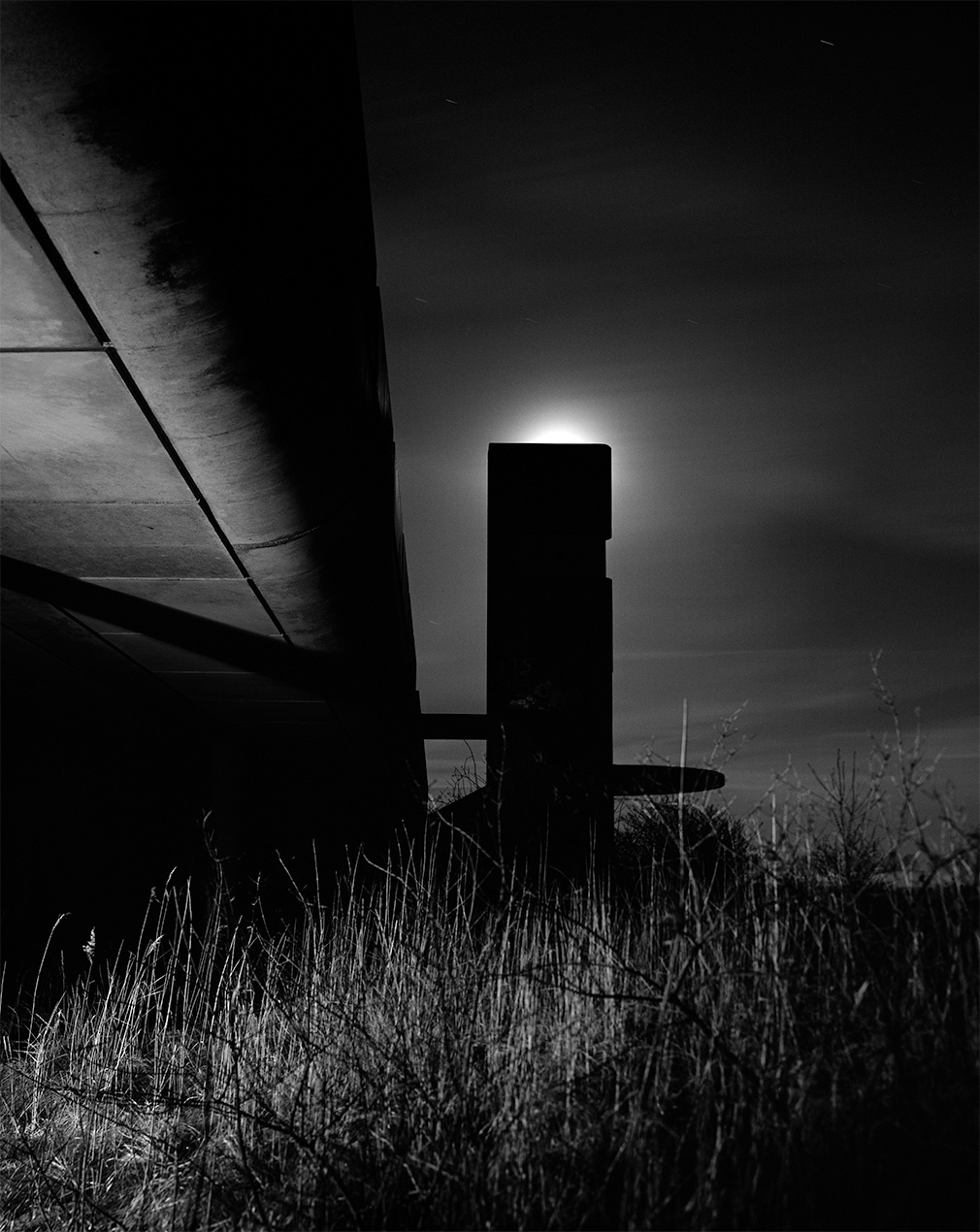 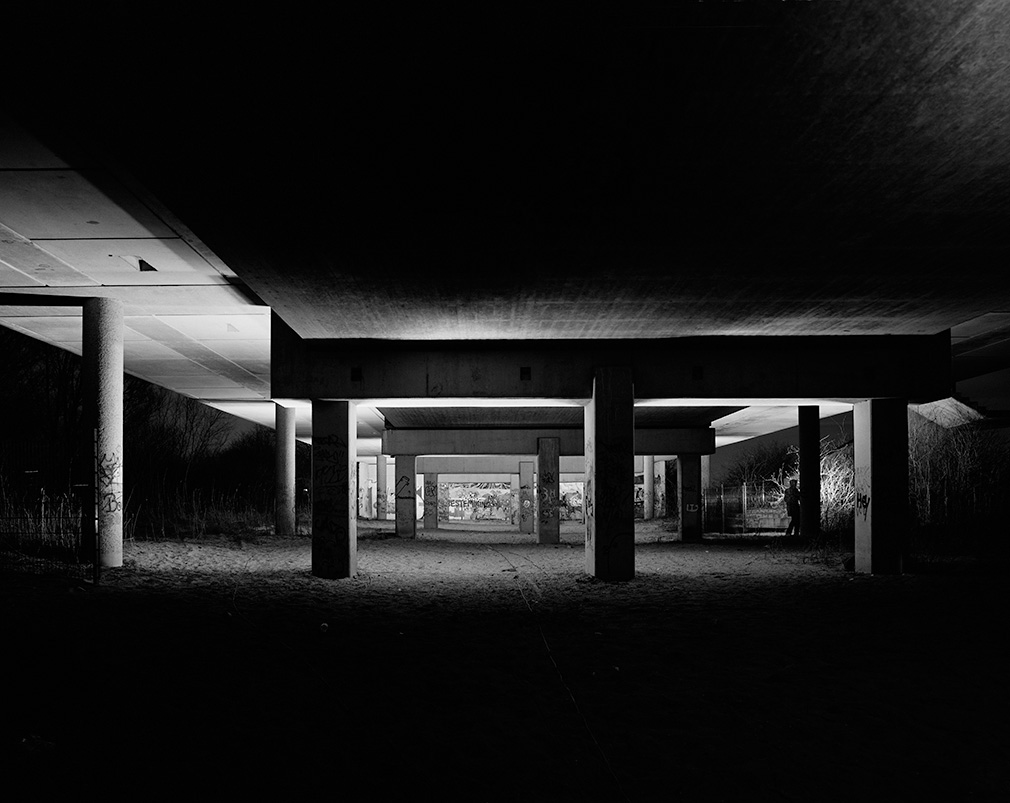 Never so bright I 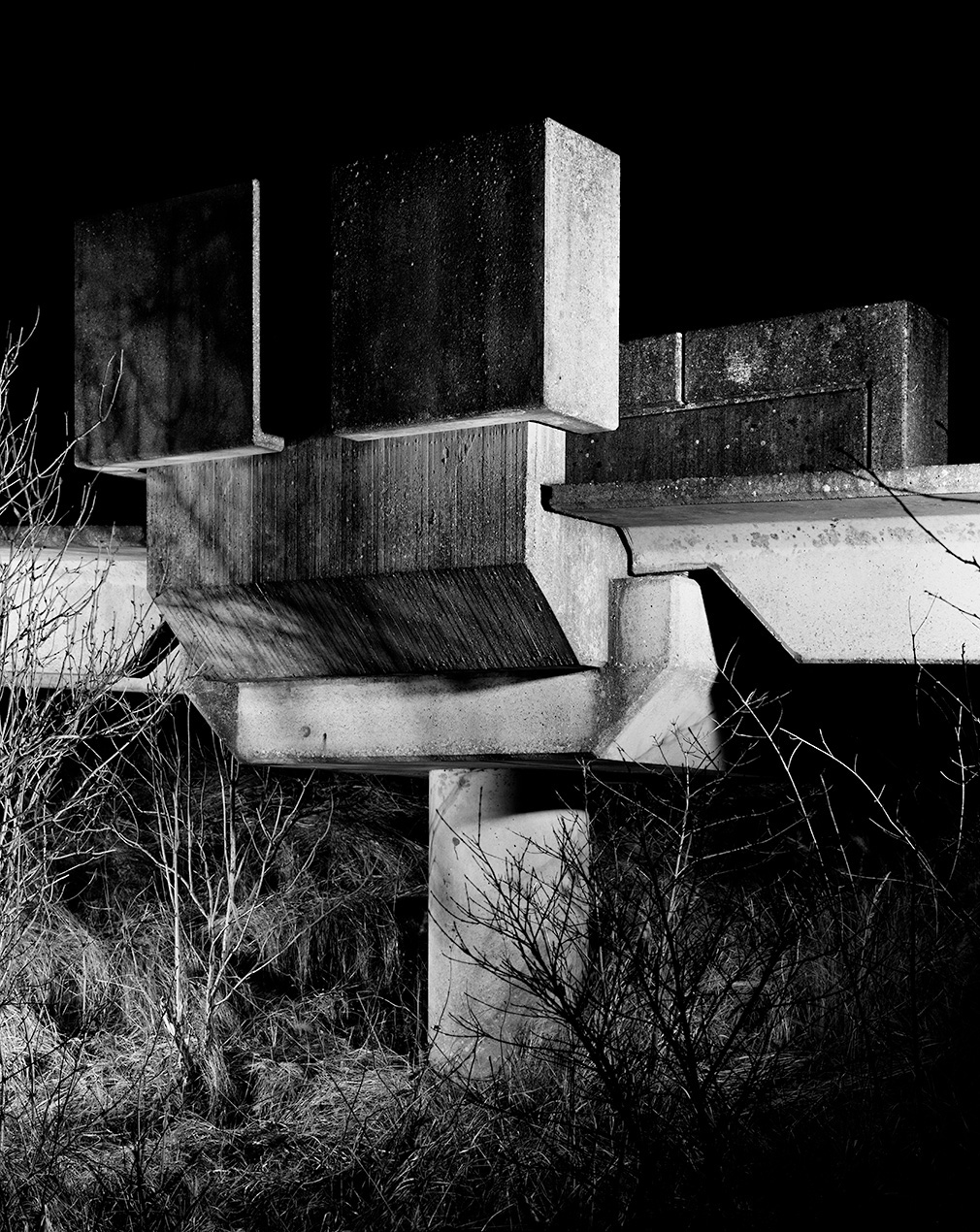 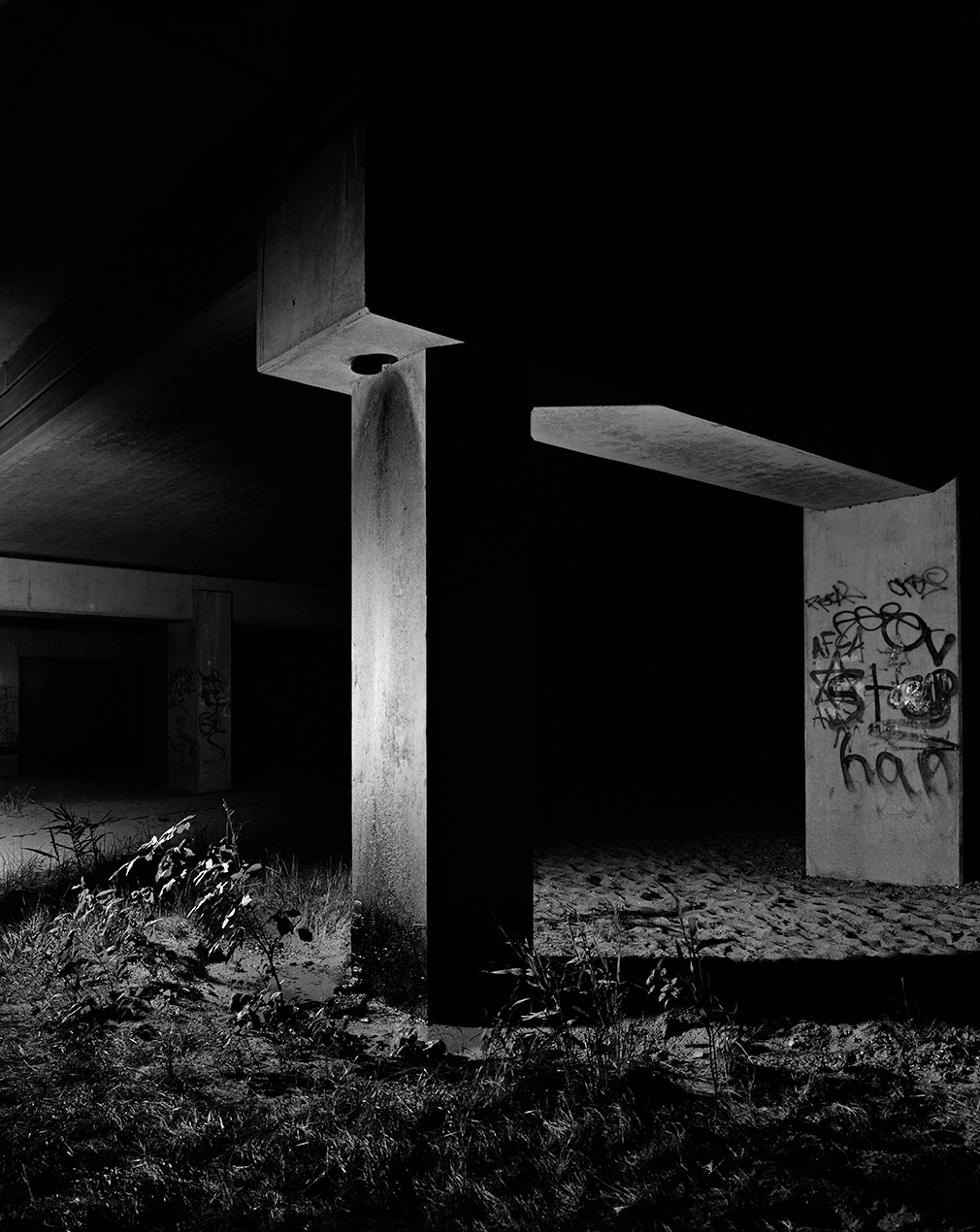 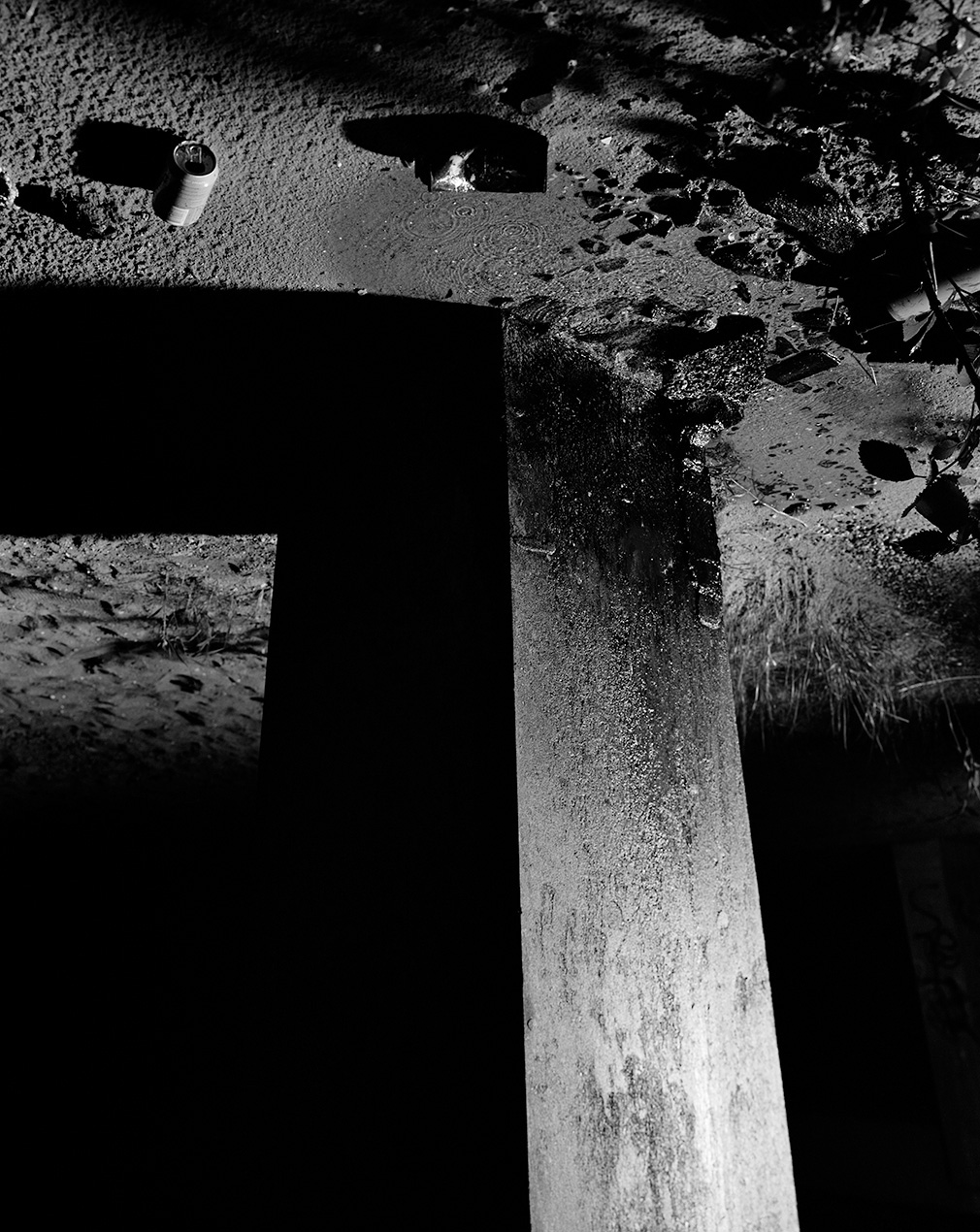 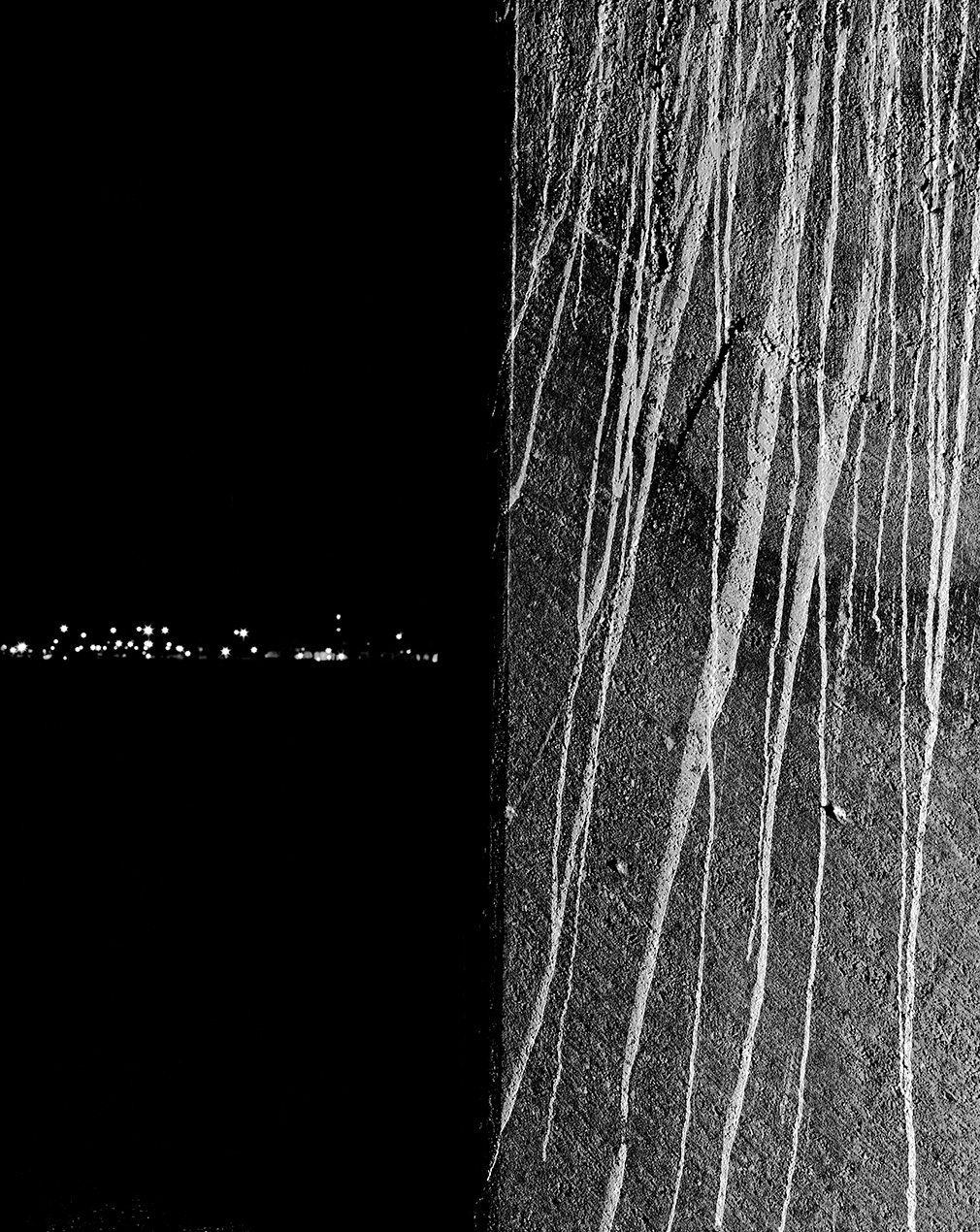