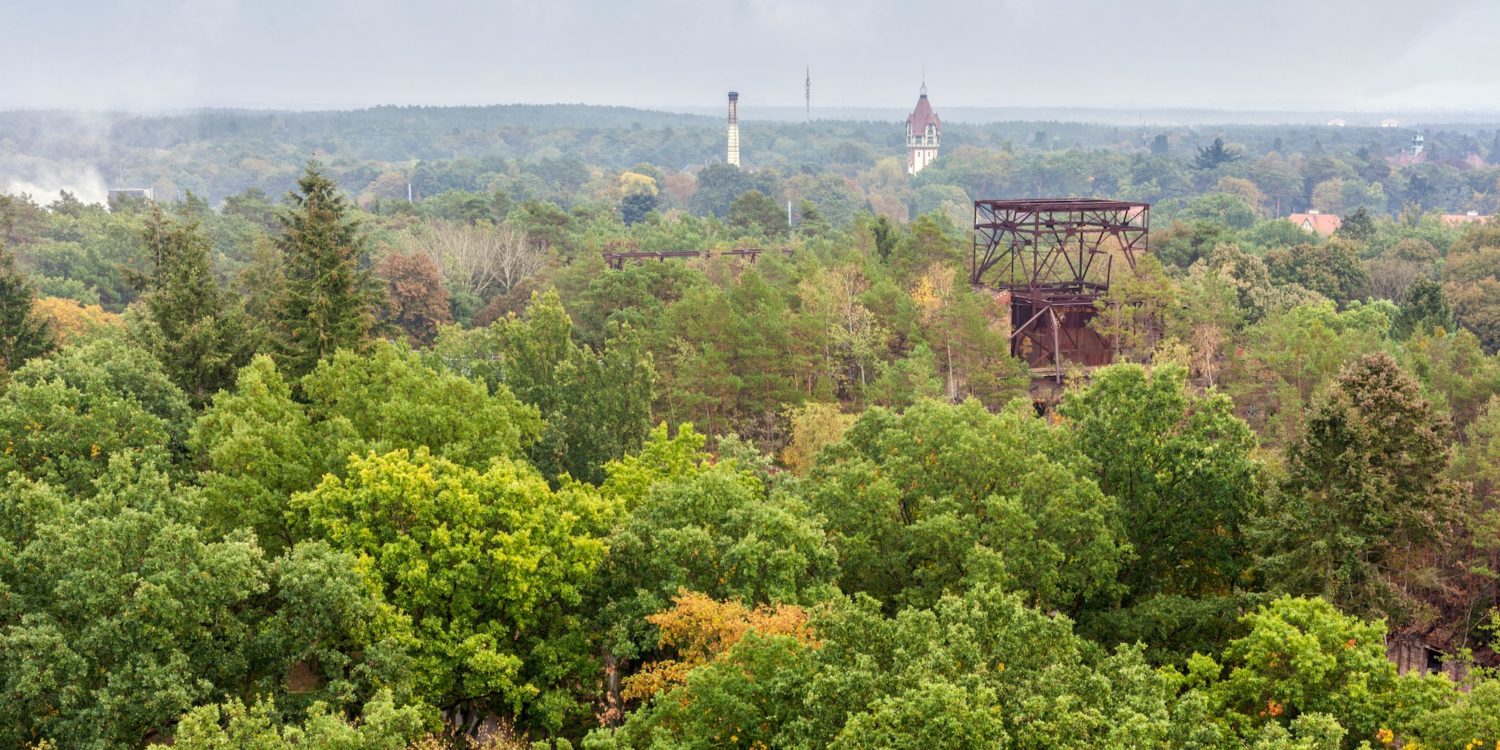 Maybe Modern Ruins Are Just the Kind of Failure We Need

The humbling and at times disturbing sensation of abandoned buildings can be a welcome relief from our increasingly scripted experience of urban space.

In the biography of a building, the ruin is the chapter in which we are faced with the reality that nothing lasts, including ourselves. Still, this observation is constantly being fought over – individually and culturally: perhaps it’s not always the case? Perhaps we’ll be the first generation able to avoid this ultimate fate? Architecture, too, is something we have problems seeing as something other than permanent or intact. This is possibly most prevalent in the Netherlands where I am from, where a building that is no longer intact is swiftly renovated, erased or replaced by something else that is complete. Only an exceptional case remains standing, in all its vulnerability, an imperfection in an otherwise so regulated and seemingly flawless environment.

We dwell upon the death of other persons, but we generally ignore our own decline. Death and illness have been banned from public life, from our smoothened cities, from the now. For architecture, something similar applies: ruins from times long past are widely appreciated and consumed as memories of worlds that no longer exist. It becomes distressing, however, when we encounter obsolete or decaying buildings from our own times. This is when it gets close, too close for some, because it is about ourselves. A culture so fixated on progress and spotlessness has difficulties dealing with the inevitable downward curves of universal laws.

Nearly all architecture is an expression of infrastructural or financial thinking, perhaps now more than ever. Housing crises reveal that even for living, exchange value has overruled use value. Cities are planned on the principles of efficiency, comfort, security and predictability, for those who can afford it. Hundreds of websites give the same ten recommendations for that one city. A tightening script is increasingly deciding how spaces ought to be used and experienced. The illusion of perfection, control and linearity generates an absurd pursuit of perfection and an active ignorance towards – or simply the elimination of – irregularities. 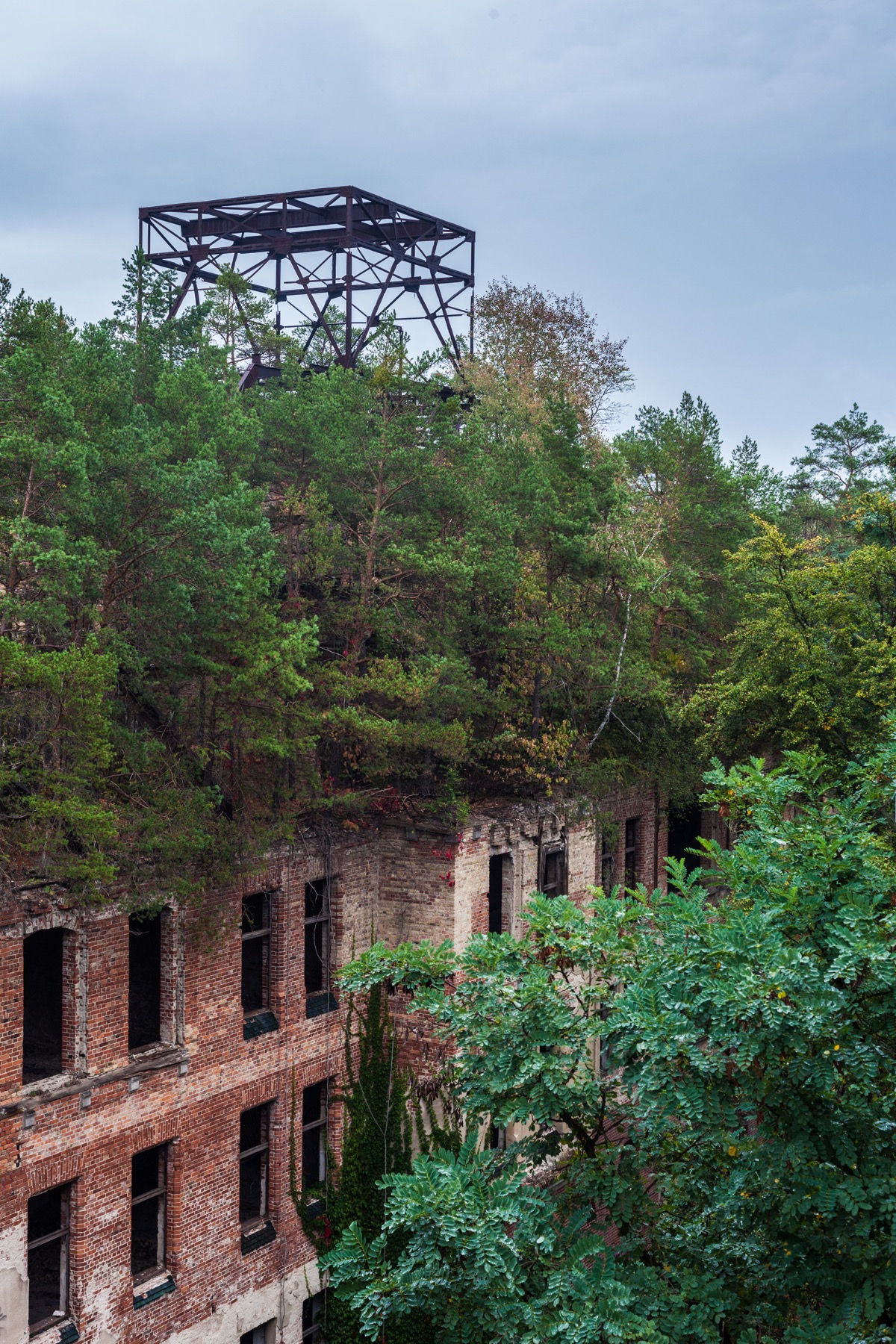 At the same time, however, modern ruins are getting more and more attention as a cultural product in media, literature and art. Perhaps this is because they are the exceptional relics that remind us of the transience of being and the futility of human endeavour. Maybe this increase in attention is because the distrust towards the fairytale of spotless, never-ending progress is swelling. The modern ruin speaks to a growing (sub)consciousness regarding the darker, uncertain and confusing aspects of modernity. Eighteenth-century philosophers such as Kant and Burke already made a clear distinction between beauty and sublimity. They argue that the sublime holds a pleasant and overwhelming experience of greatness that defies reason. Importantly, this sense of the sublime experience can equally be triggered by tragedy and horror.

We have stopped visiting churches, cities have become neat consumption environments, quiet spaces are a luxury now, and landscapes have been cemented. Where can we go to feel small and alone? To experience silence? To experience fate and the interplay between time and the elements?

One indication of the growing desire for spaces offering qualities such as these, is the fact that urban exploration, the act of tracing and exploring abandoned and ruined buildings, has grown from an obscure activity to an accepted form of tourism.

Thinking back of my own urbex episodes, a visit to Saint Peter’s Seminary in Cardross, Scotland, probably made the most profound impact. Built in 1966, the brutalist priest school was abandoned only some 15 years later, because the influx of people struck by religious calling had waned. Today, the ever-futurist architecture, fascinatingly built for centuries-old rituals, lies pillaged, halfway decayed and overgrown in a small forest. Sublime coincidence now has the ruin situated right next to what is just about its spatial opposite: a perfectly manicured golf course on which successful baby boomers shuffle from hole to hole. Two worlds, two metaphors: the rotting concrete carcass and the perfect lawn. 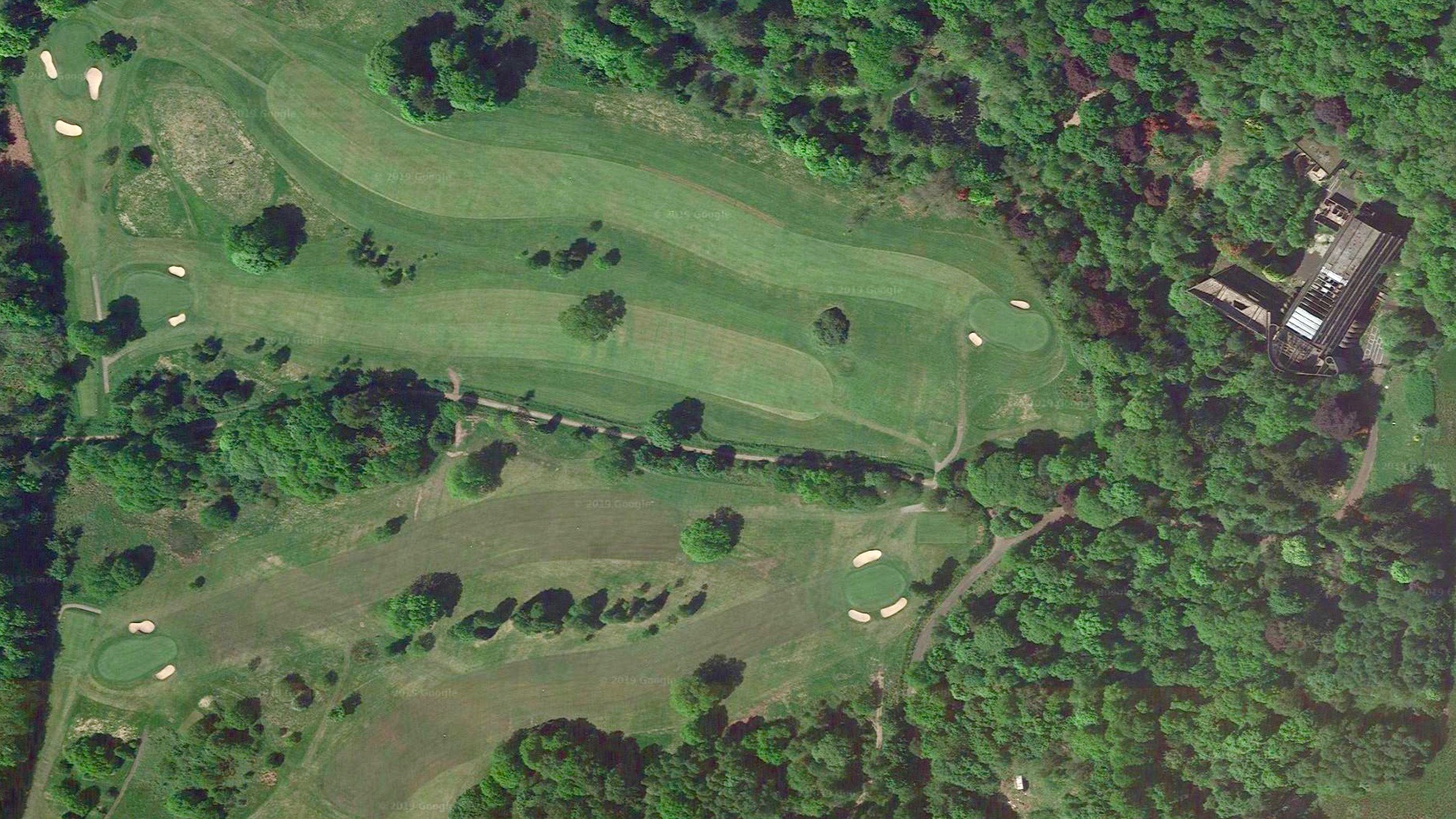 The ruins of St. Peter’s Seminary hiding right next to a golf course in Cardross, Scotland.

Far less impressive were the Ruins of Brederode, just above the city of Haarlem, not far from Amsterdam. Between buying an entrance ticket and enjoying a slice of cheesecake afterwards, the former castle that was abandoned in 1492 only confirms the safe, romantic image of the ruin. Perhaps the sensation at Saint Peter’s was so much more shocking because it shakes our understanding of development, progress and history. Because the ruination is about our time and, because of that, about ourselves. The seminary was not supposed to become history so quickly and definitely not to be going down in history like this. Wasn’t reinforced concrete supposed to be the magical potion of progress?

To me, Cardross promptly made it palpable that things can suddenly change course, that something can abruptly cease to exist, that yesterday’s ambitions can just lie helplessly in today’s landscape. A similar feeling of fantastic absurdity can arise when I encounter less spectacular, banal abandoned commercial premises, warehouses or offices under three decades old, that have seen time fly past. Recent ruins remind us of the volatility of economies and social relations.

The disturbing sensation of the modern ruin is definitely one of melancholy. But there is more to it than only depression about times past and everything going to shit. The spaces left behind can be a liberation from the dominant spatial and cultural narrative of productivity and function that is tightening around our necks. The modern ruin offers the relief of imperfection. Decay triggers imagination and contemplation. All of a sudden, possibilities arise because time and space are no longer fixed within the usual conventions of functionality and beauty. The undefined nature gives people the opportunity to independently reinterpret places, histories and futures. And perhaps even their own lives.

Alongside urban exploration, a collective obsession with ruin photography has arisen in recent years. Bombastic, dramatized images of rapidly declined, often iconic buildings from the 20th century in places like archetypical Detroit increasingly circulated cultural domains – on social media, but also in traditional newspapers, galleries and museums. Criticism towards this fetishistic fondness – armchair disaster tourism or the ruin gaze – is understandable. The destruction of places is being aestheticized, while the social realities in these places are often ignored, and the photographers who created these images sell them for thousands a piece. The growing fascination for ruin images does, however, show a longing for the shadow side of modernity. 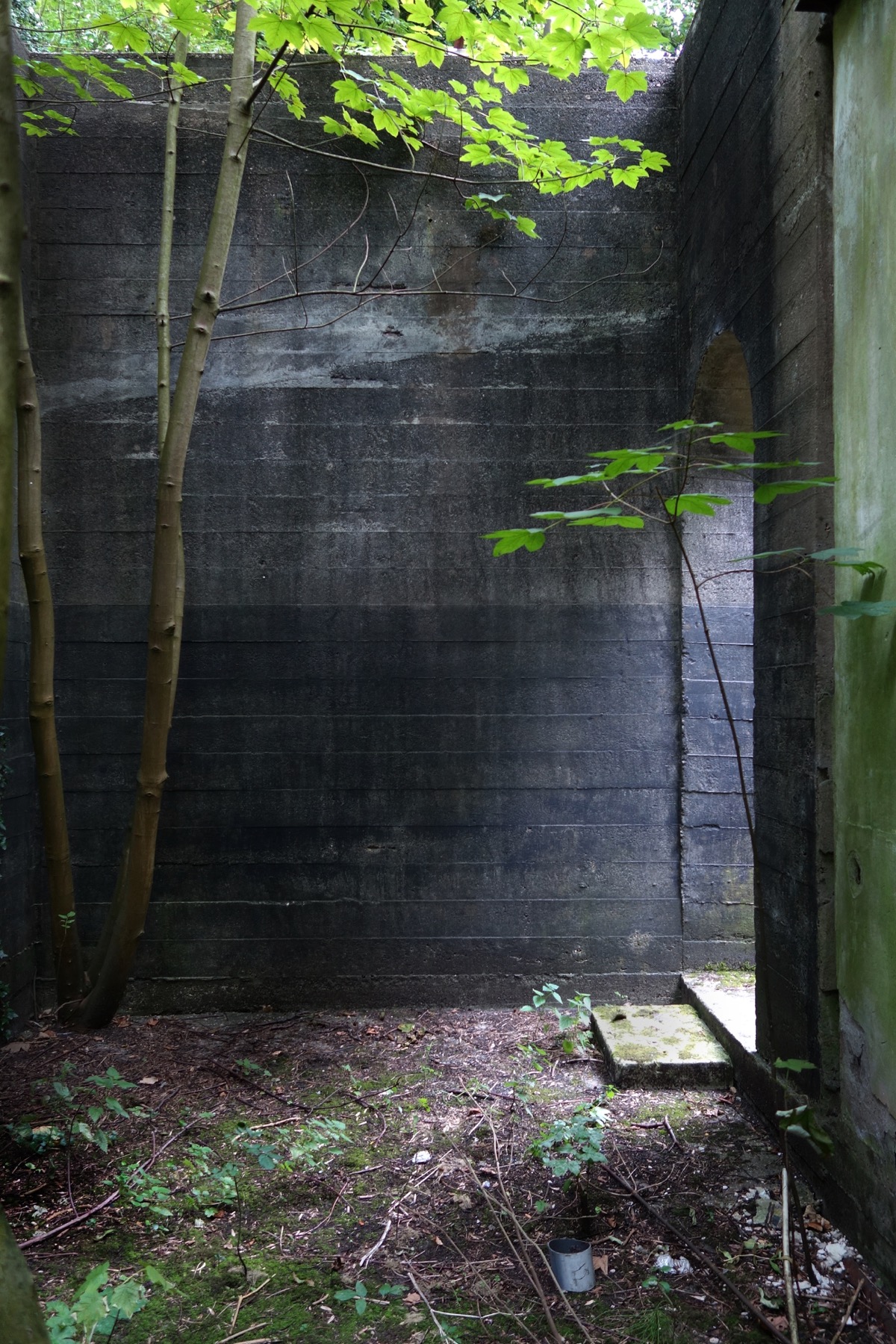 But photography still fixes reality. Buildings are frozen and only experienced through one of the senses. Via images, architecture’s ageing cannot be experienced in full. For this, a place needs to be visited, ideally repeatedly over time. Similarities exist with the depiction of new architecture, for which the photos taken upon completion still represent a building in media and on architects’ websites many years later. The everyday, lived reality of the spaces is completely different from the opening party and quickly changes over time. Comparably, heritage preservation or renovation also try to fix buildings in time, plastering over decades or even centuries of material and social changes.

All these imaginations depict a limited framing of architecture – as end products or final images. But picture perfect is boring and could be seen as a sign of stagnation, while architecture, whether we like it or not, is a living process. A place is always in becoming; never finished and never nothing. All we need is the courage to see this and to let go of the illusion of perfection, impeccable functionality or even the idea that human interference is desired. 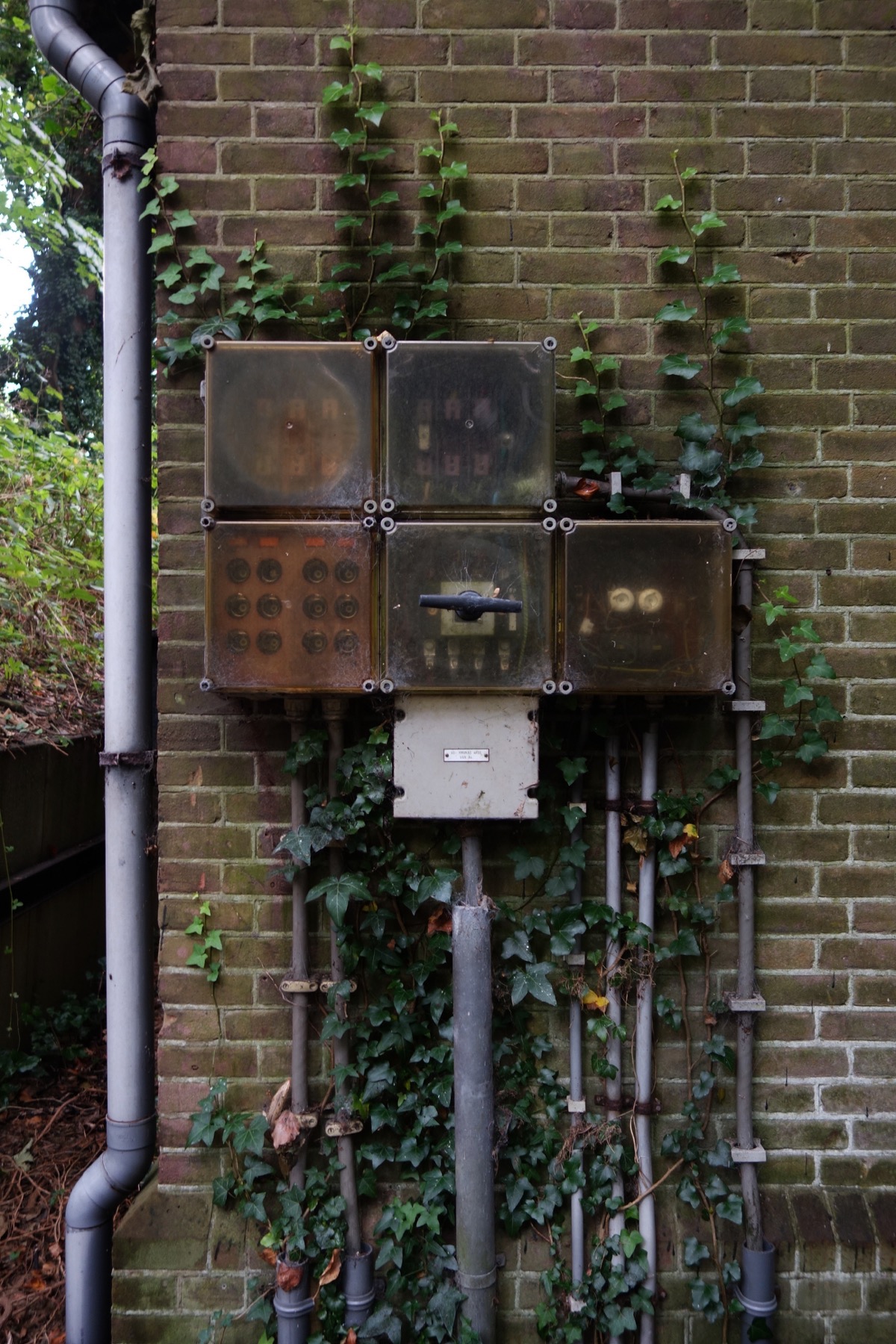 The modern ruin evokes this different way of seeing. It is an unintentional artwork that elicits subversive thoughts and actions, alternative use of space and unconventional design. In an age in which more and more places are destined for passive consumption, architecture that no longer meets functional and financial demands might be one of the last resorts for actual productivity as it allows people to dream of something different. A vulnerable architecture that is far from the stylized imagery we are served in the media and the successful cities we visit and live in.

Could we also imagine having such places outside of unloved and abandoned areas? Young ruins right in the centre of popular cities? Do we have the courage to change the polished, effective and profitable image of architecture into one that has more respect for time, nature and contemplation? Aimless structures could just be the kind of humbling spaces we need.

A Dutch version of this text has been published in the book Tweede Natuur [Second Nature] by landscape architect Hannah Schubert. The publication is a manifesto for the designed transformation of abandoned buildings by allowing natural time to take its course. It is available via Architectura & Natura Booksellers and Publishers