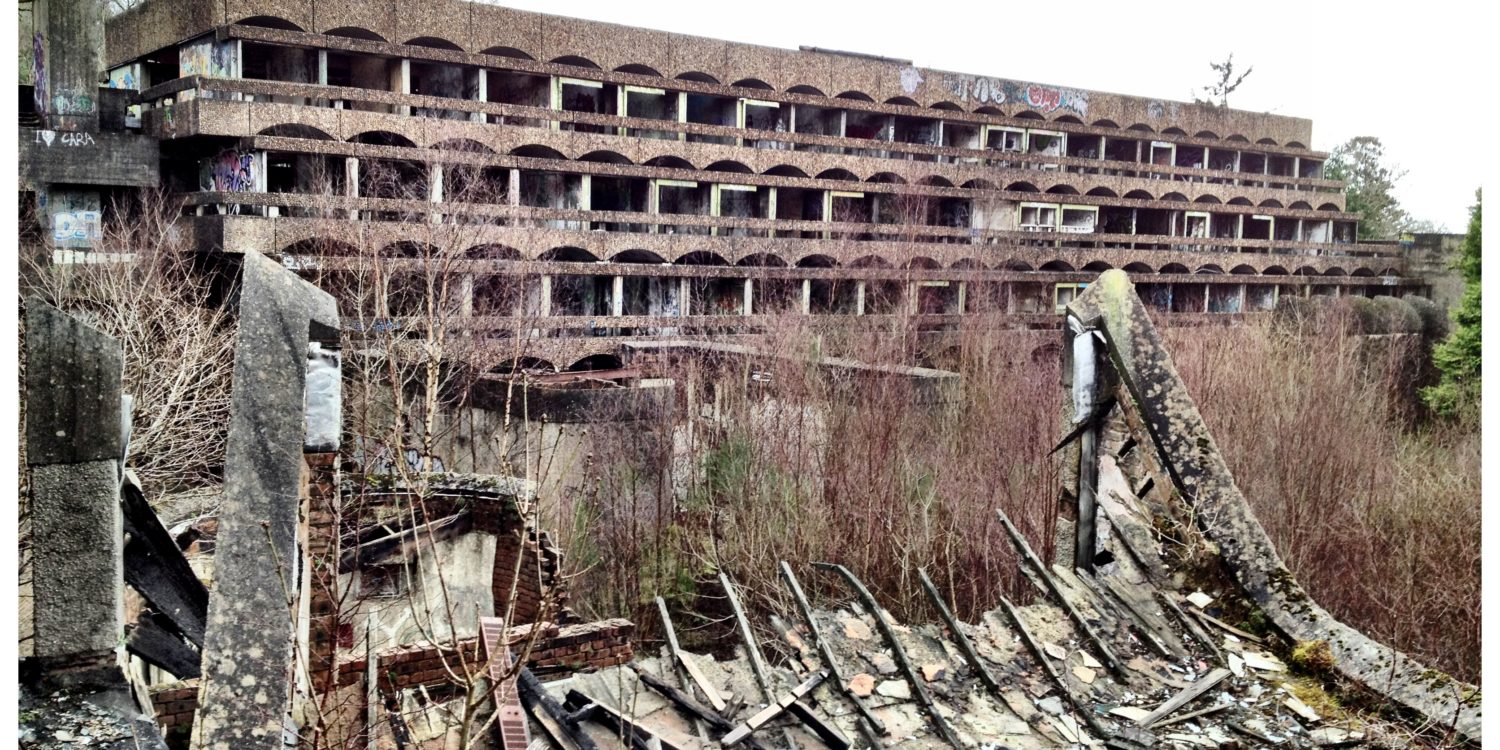 We visited the modern ruin of St. Peter’s Seminary in Cardross, Scotland. 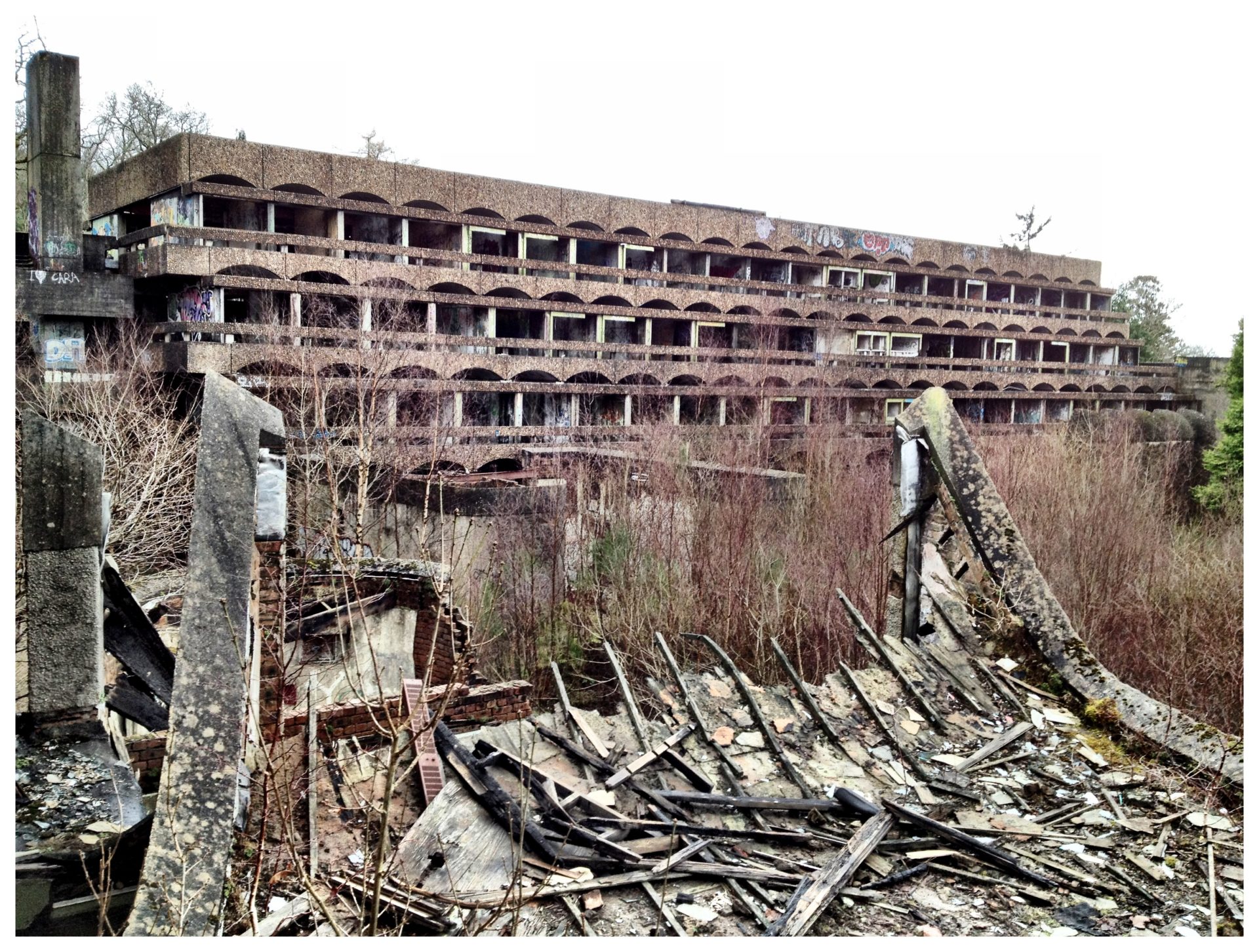 St. Peter’s Seminary in Cardross, Scotland is a modern ruin. The building was designed by the Gillespie Kidd & Coia office and completed in 1966. One of head architects, Isi Metzstein, died last month, something I only found out after visiting the site last week.

What you find when you go there – hidden on a hilltop just outside of Cardross, west of Glasgow – is amazing and horrific at the same time. The majestic piece of modernist architecture, featuring many imaginative elements, was practically obsolete by the time it was completed. The catholic institutions had witnessed decline, and by the end of the 1970s only some 20 students attended the college.After merely twenty years of use as a catholic college, seminary and monastery, the structure was abandoned in the early 1980s. 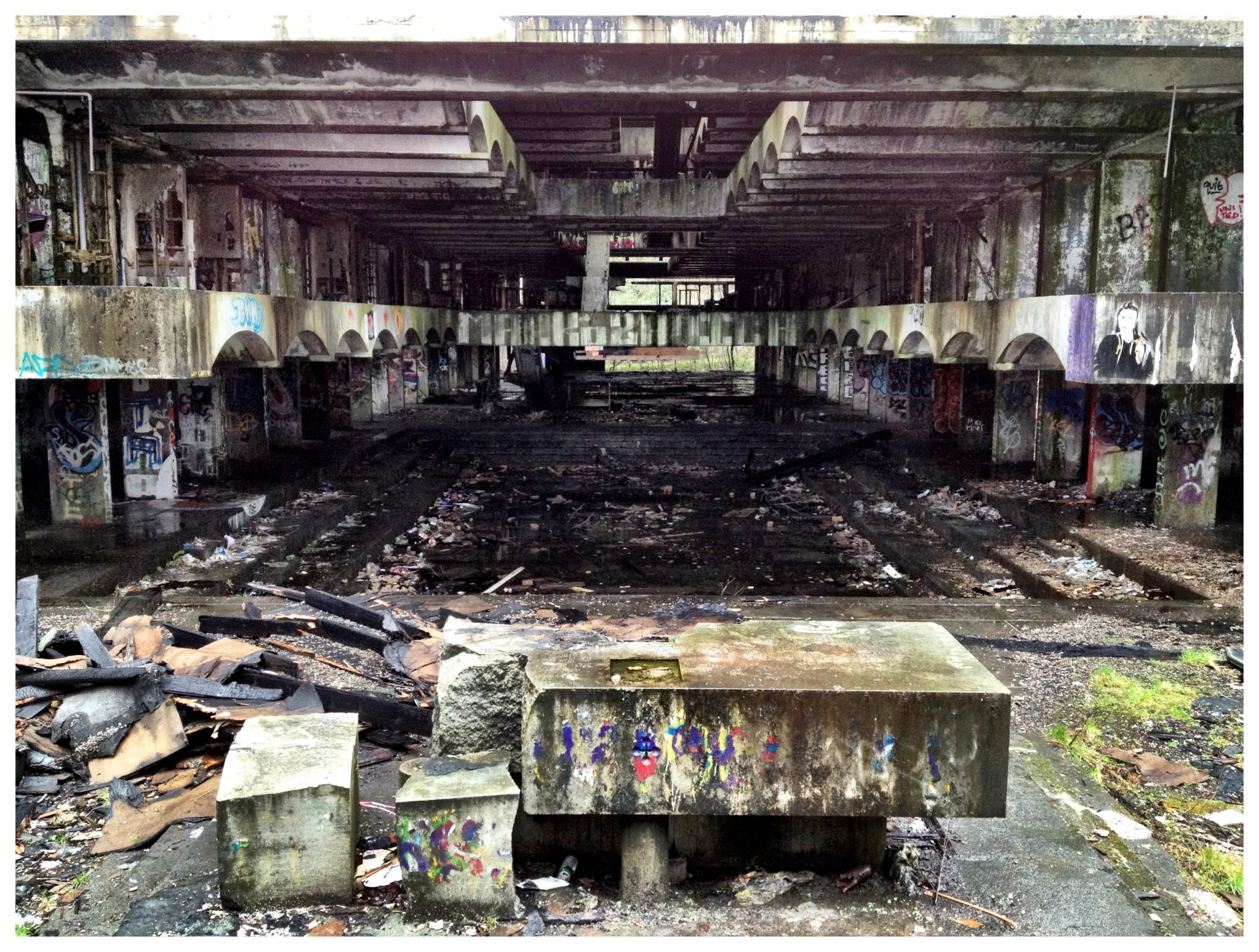 View from behind the altar – which is now in open air – looking towards the refectory. 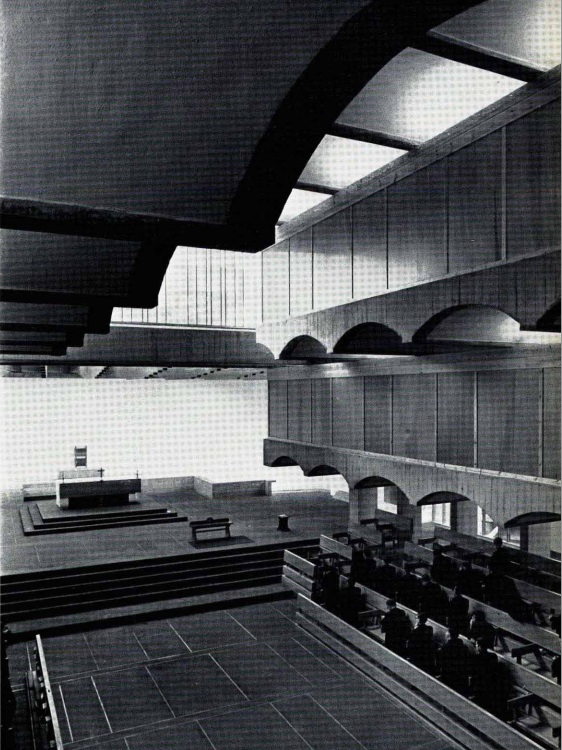 Looking towards the altar from the second floor in the refectory, 1967.

There have been several plans for renovation and alternative use, but nothing happened for over 30 years. Until recently. Apparently, the building has been acquired by an arts charity, late 2011. It will not be completely restored, however. The intention is to “preserve and re-use the modern ruin” (The Guardian). It should become a public arts space. “It’s such a symbol of that period of post-war regeneration, it seems logical to use the site as living heritage for artists and the public to come into this amazing landscape, for concerts and theatre groups. It will be something very special for Scotland” (Angus Farquhar, the creative director of Nacionale Vitae Activa charity in The Guardian). 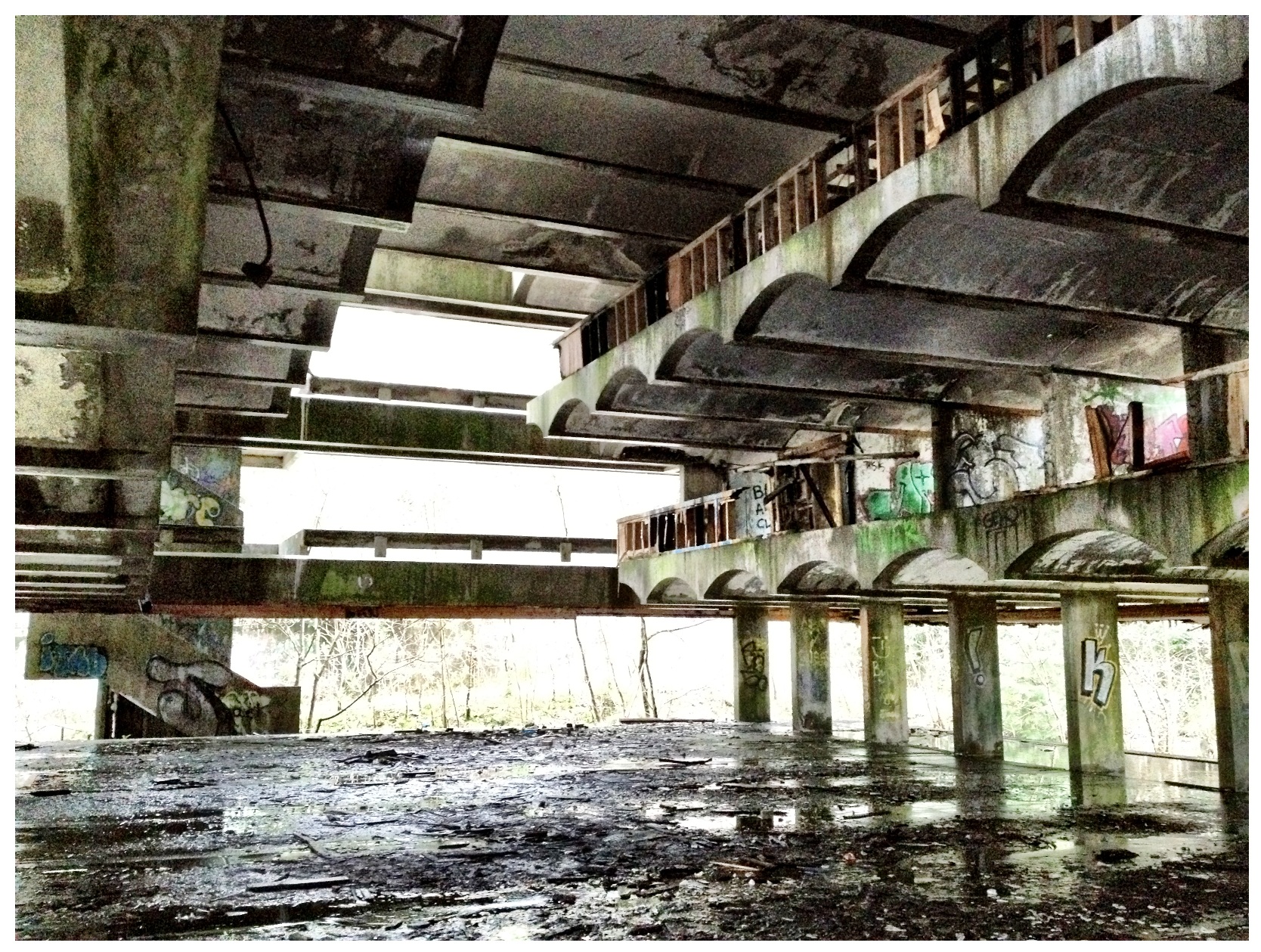 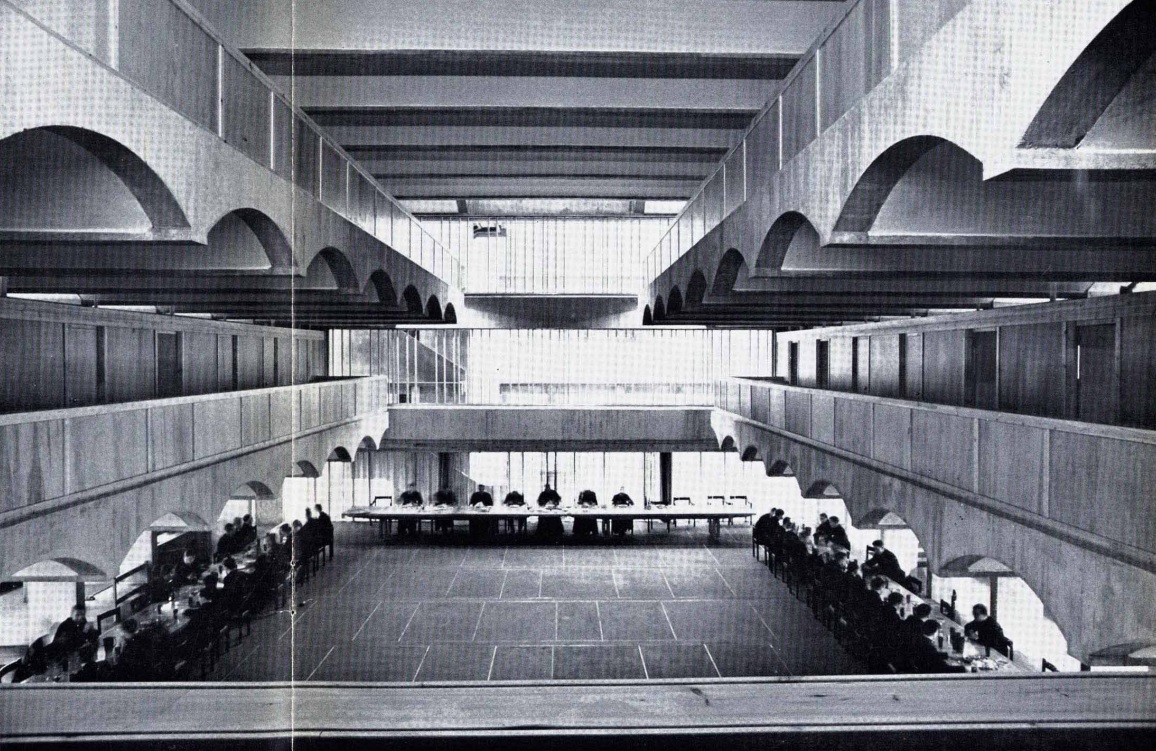 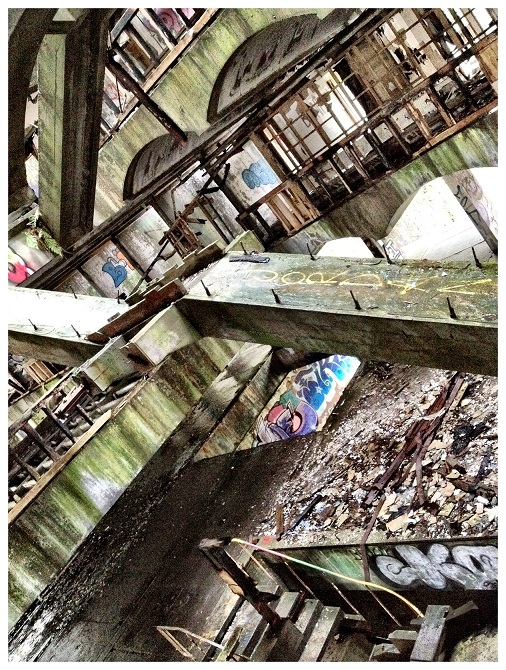 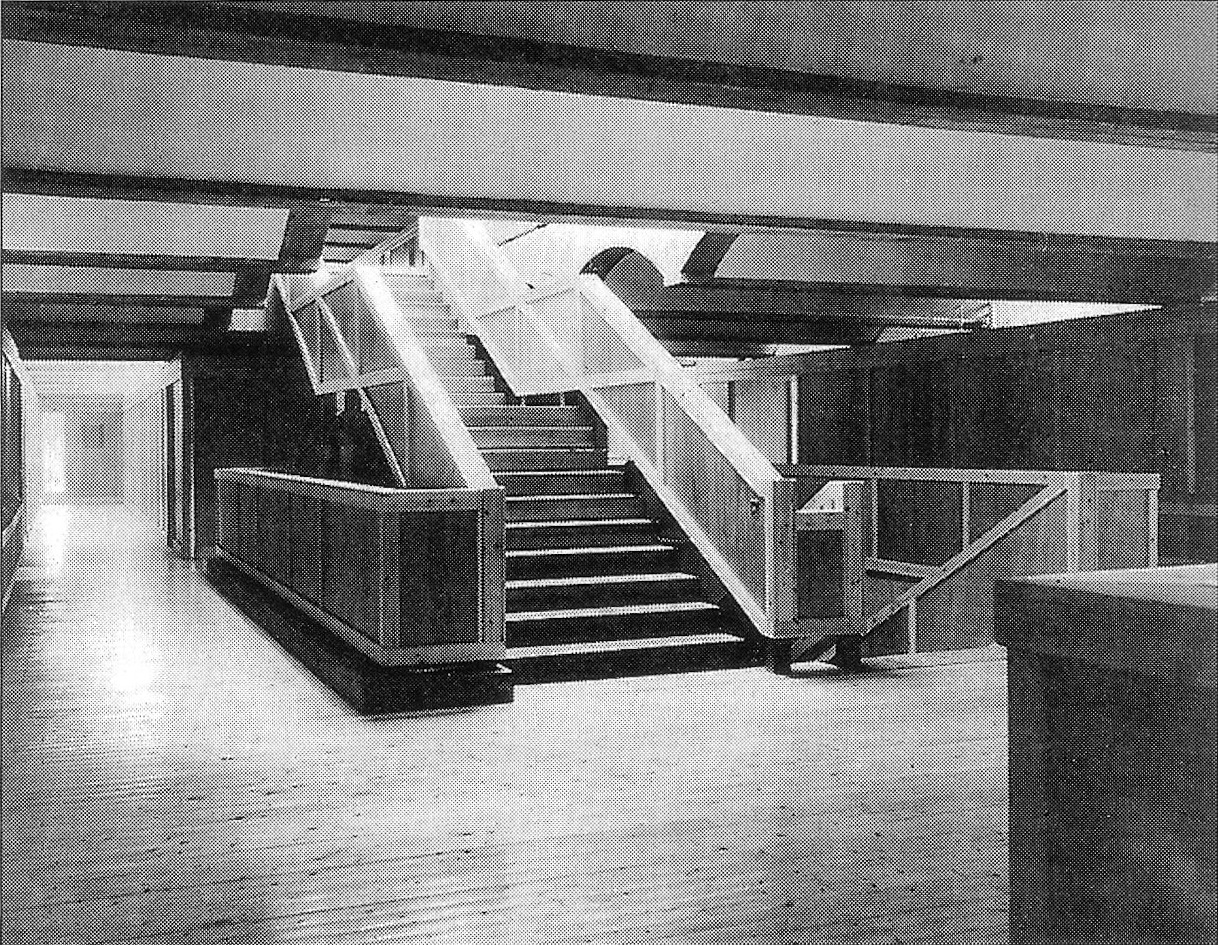 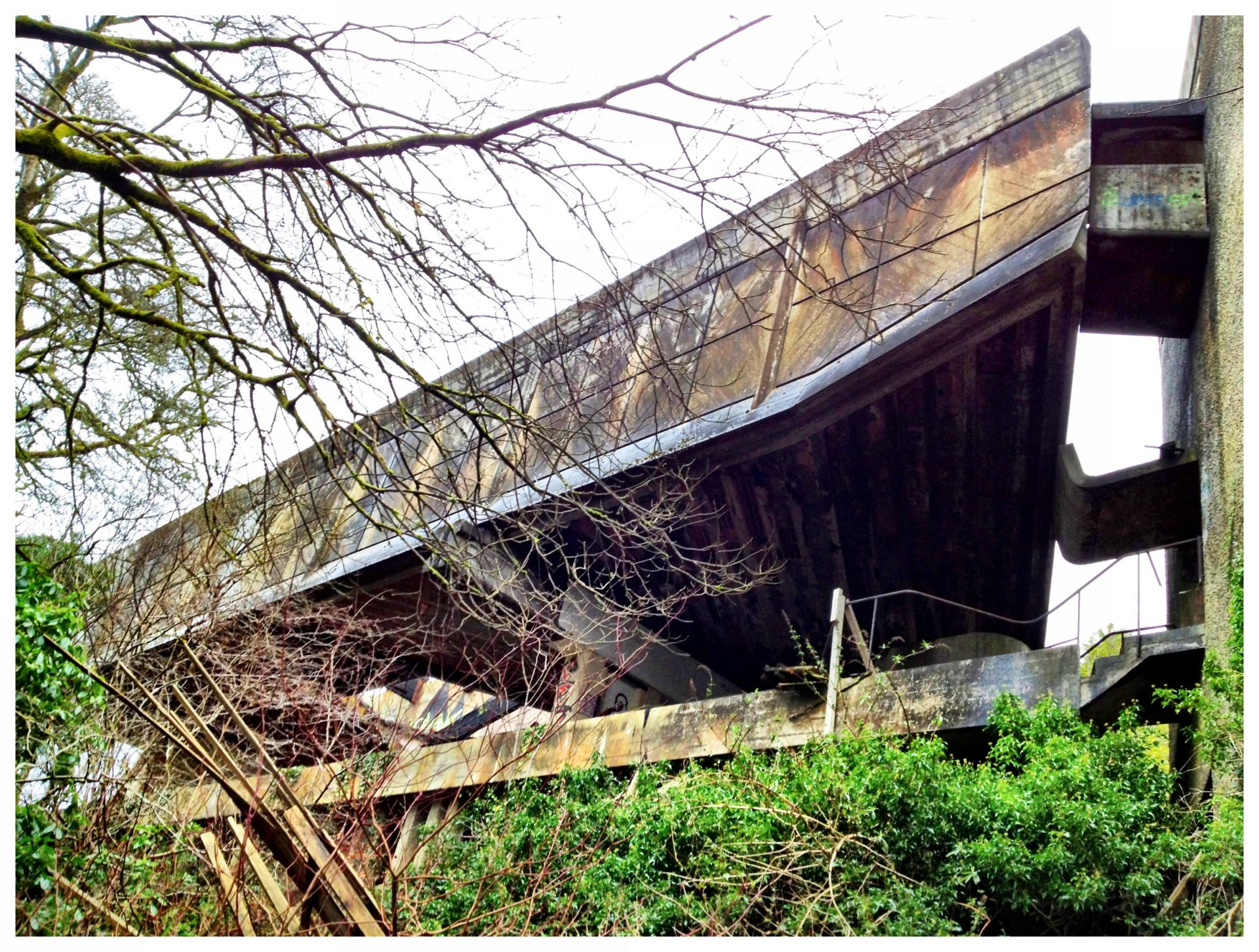 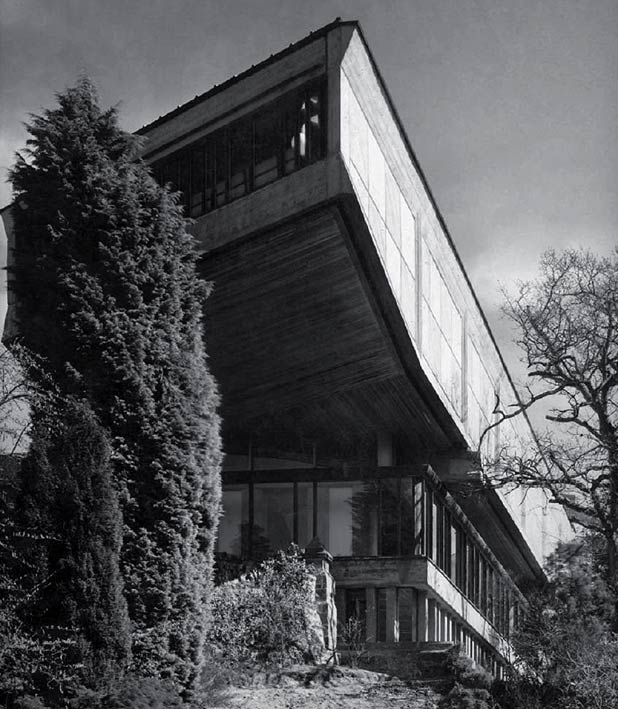