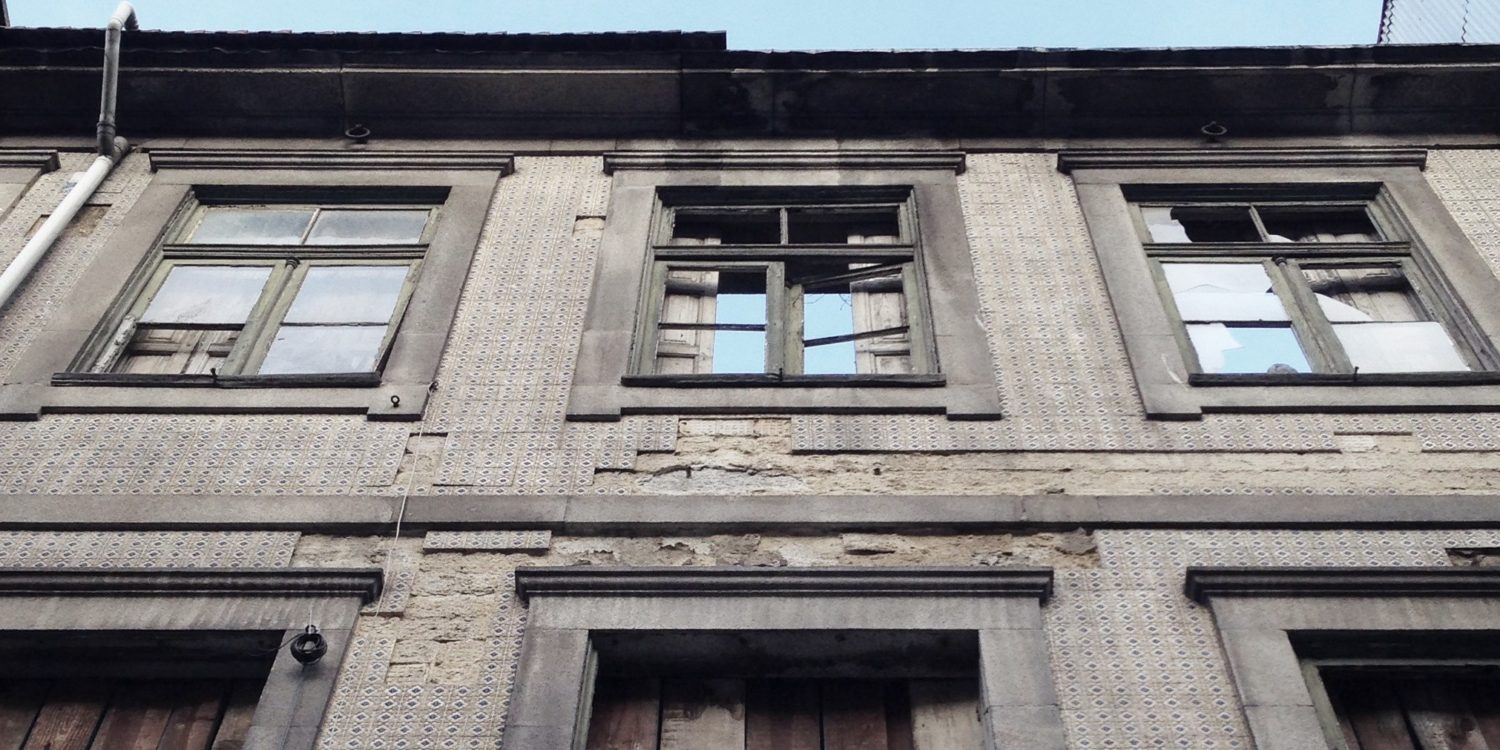 While the city's population numbers decrease, will the revival of Porto's inner-city ruins lead to the decay of its modern surroundings?

When John Soane presented his proposal for the new Bank of England in 1830, he did it through 3 renditions, by Joseph Gandy, of the future building; a freshly built new building, a somehow worn by time building and, the last one, the same building in ruins. This preoccupation about how the building presents itself through its “lifetime” was also shared by Albert Speer, who took it further and started to conceive his buildings according to the image he wished they had as ruins. Perhaps the innumerous anonymous builders who contributed to the overall picture of Porto’s city center didn’t have the same ideas in mind but they surely did a wonderful job. 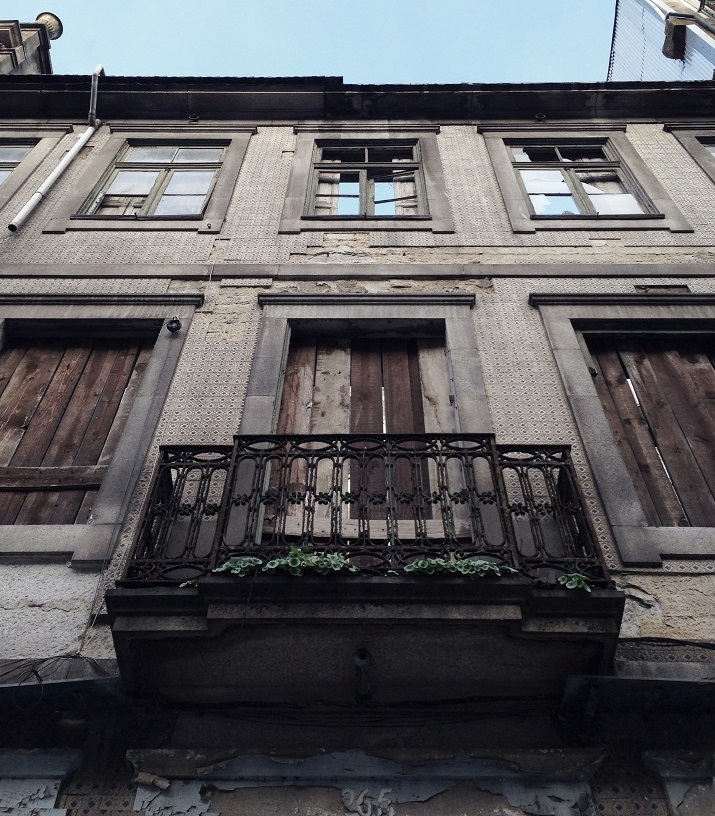 On a recent trip to Porto, I was dumbstruck by the sheer amount of ruins in the center of the city. It’s not false to say that every second street has, at least, two either abandoned or ruined lots. As an architect, this fascinated me; these once-houses contain huge potential due to their structure, typology and location. Most of these abandoned buildings are honest examples of the region’s vernacular architecture of the 18 and 19 hundreds. The buildings mostly follow this construction system: wood-frame inner structure supported by exterior massive stone walls, or a mix of brick and stone walls, stone or tile façades, and well-proportioned stone-framed windows. Why these houses got left behind by the population is a complex question to answer and I doubt there’s a complete answer for it. However, there are several developments that certainly influenced it. 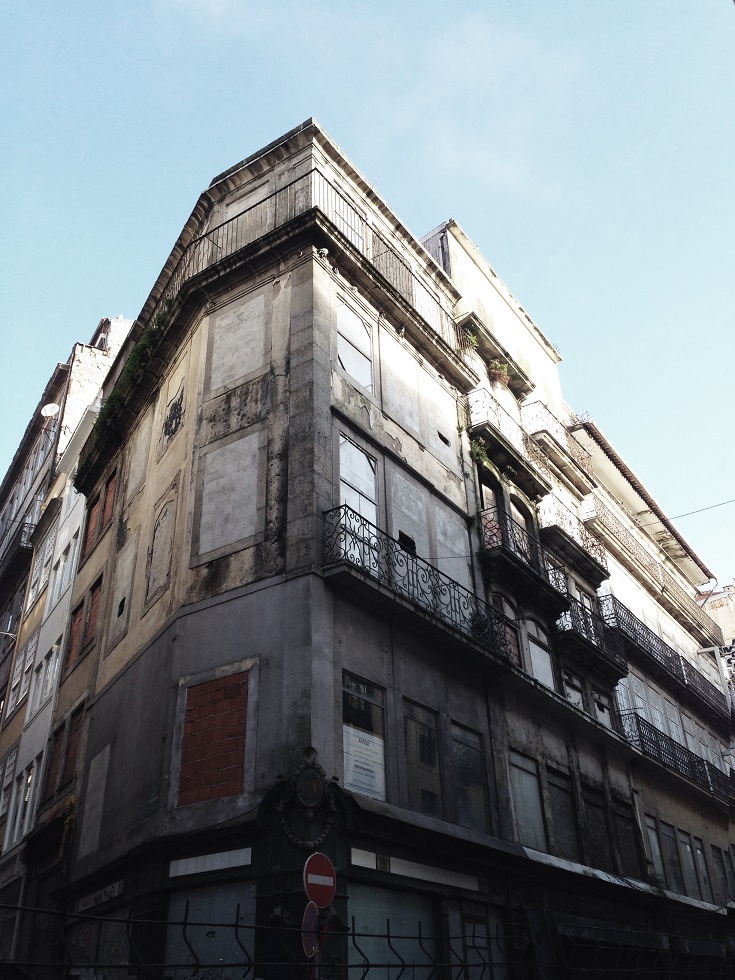 During the 70’s, 80’s and 90’s the city of Porto went through a period of growth propelled by a number of socio-economic factors: the revolution had as consequence a rural exodus, with large numbers of rural workers migrating to Porto’s urban region hoping to find better life conditions and in search of the advertised new freedom and way of life. With the arrival of these new inhabitants, the need for housing was urgent. Before Portugal joined the EU, there were some public initiatives that attempted to deal with this new problematic (such as the SAL program led, amongst others, by Siza Vieira) and the efforts were not in vain. Some great examples of Modern architecture in Porto are a direct result of this search for ways of accommodating the population in the new post-dictatorial urban context. The authorities in the post-revolution period were still trying to organize themselves and the urban planning and building regulations were permissive and unclear. When Portugal joined the E.U. in 1986, Porto’s growth was at its peak with money flooding in from European Funds and the profits derived from the city’s industrial surroundings exports. 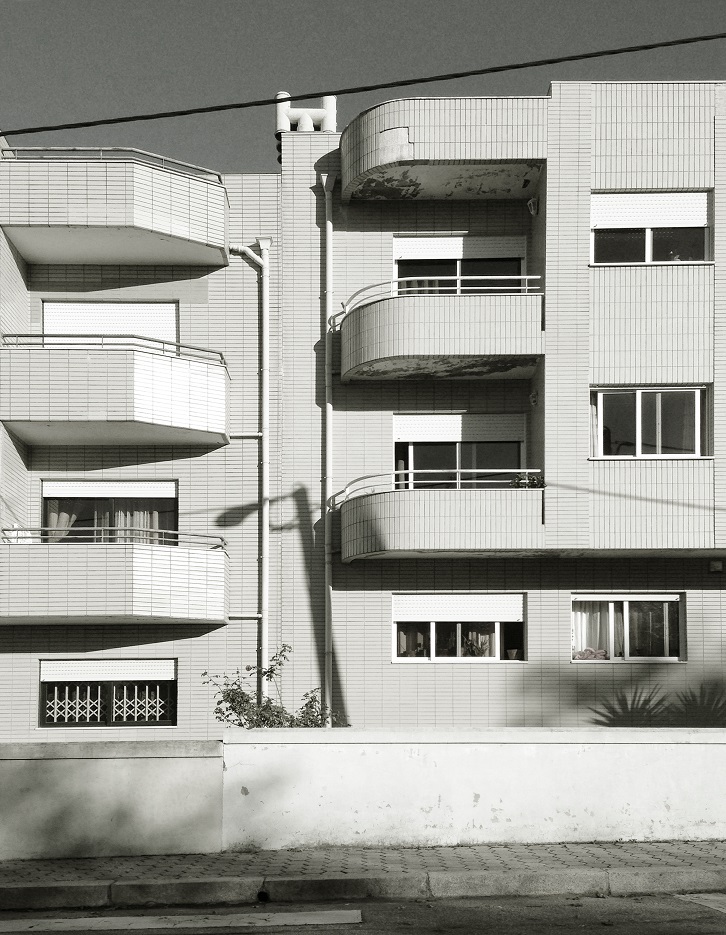 This abundance of money and the lack of care for urban planning and architectural quality created an environment where mushroom-like construction companies popped up and created the sad landscape of dormitory neighborhoods one is confronted with when in the periphery of the Porto metropolitan area. The profuse offer of “modern” housing to a population whose motto seemed to be “buy new, trash the old”, the easy access to bank credit, the lack of interest in keeping up the buildings due to inadequate rent legislation, the aging of the population, suboptimal social politics, amongst others led to the degradation of the center. On top of this, on the turn of the millennium, the population growth halted and the city began to shrink. In the last 10 years Porto lost more than 20,000 inhabitants and this tends to continue, aggravated by the current economic crisis.

Today Porto offers us a romantic view of itself that Gandy could had painted, with ruins populating every other street, facing the Douro river as it moves to the sea reminding us that once someone lived there and someone could still if the ruins’ potential is fulfilled.

The local architects are aware of this reality for quite a while now and ideas are abundant. There are currently some initiatives, public and private, which are intervening in order to renovate the abandoned and rebuild the ruined houses but also bring the structures the new inhabitants will need in order to actively rejuvenate the neighborhoods. Part of me applauds the initiatives and wishes I could take active part in the process but I can’t help to ask myself, what will the consequences of the reborn city center be? When the population eventually returns to the center, and I am sure this will happen, where will it come from if the city is still shrinking? Will the anonymous excess of housing developments located on the periphery be abandoned? What will this mean to the dormitory cities surrounding Porto?

If anything similar to what happened in the last three decades in the city center is now transported to the edges of Porto’s Urban Region, a belt of ruins will slowly start to surround the once again pulsating metropolitan center. Is it worth killing what now seems to work in order to save what is already lost? 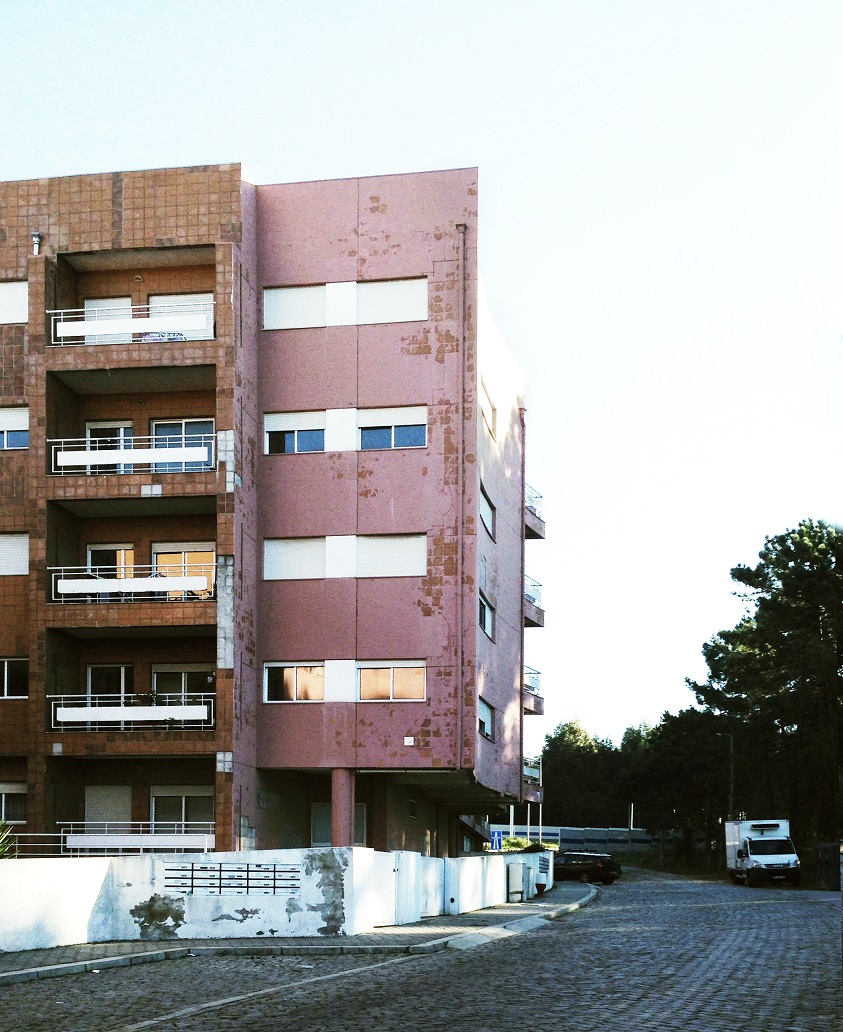 A residential block in Porto’s periphery.

The ruins of Porto make the city more beautiful as they show us the city’s open wounds, it’s ancient architectural structures, processes and materials from its region that were used to build regional buildings. What will the ruins of the modern housing developments look like, what will they tell us?

I hope that as the paint wears off, the tiles slowly peel away, the cheap concrete succumbs to the harshness of the salty wind, these future ruins show more value than they do now as uncharacterized housing blocks.

add comment
Ana
I am am always surprised and fascinated by why such beautiful buildings are abandoned? The economic crisis is usually blamed for it, as well as inheritance laws that complicate the sale of property, everyone wants to maximize their share of the sale so properties are overpriced, they sit empty and begin to decay. There is also the problem of not being allowed to sell a property unless your property taxes are all paid up. It's not just in Porto, but across the whole country. There are more rooms in Portugal than there are people to fill them. Everyone seems to want new everything, no one appreciates the beauty of these old buildings, if I had the money I would definitely buy one and modernize it to suit my needs.
Related