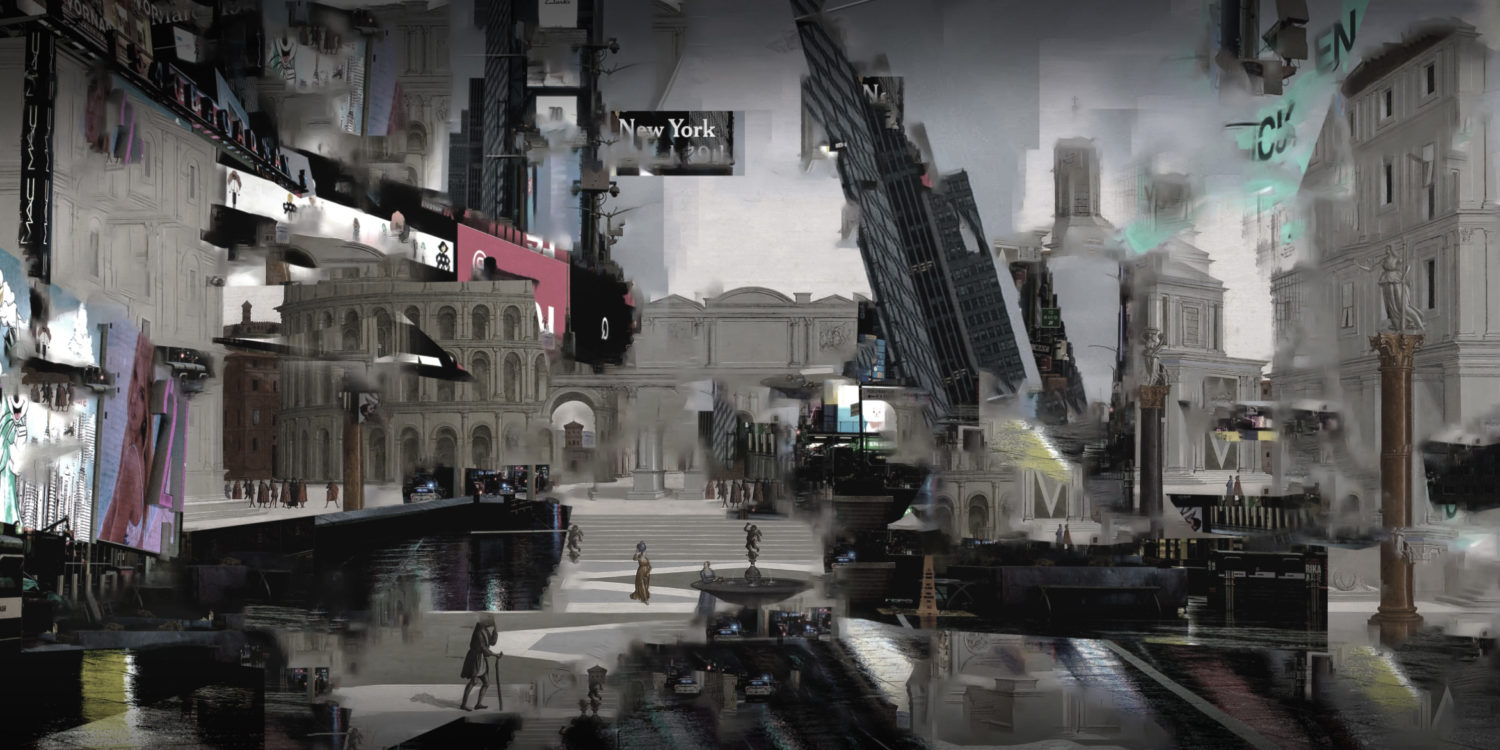 In a recent article for The New York Times, architecture critic Michael Kimmelman laments the loss of urban community and public life as a result of the coronavirus outbreak. But has a community really been lost, or has the pandemic only amplified its absence?

Countries around the world are battening down the hatches, to varying degrees of severity and efficacy, and preparing for the worst in the wake of coronavirus. In the United States, the response remains fragmented (to put it mildly). News about preventative measures changes not only by the hour but also depending on where you are, and any direction comes wrapped in ambiguous terms like “social distancing“, or “self-quarantine”. If you live in Los Angeles, Chicago, and New York City, state authorities have enacted a “shelter in place” or “stay at home” order — effectively shutting down the three largest American cities. All of these methods revolve around the idea of separating and restricting movement and limiting interpersonal contact in a crude, if hopefully successful, attempt to contain the virus and reduce the rate of infection.

On Tuesday, March 17th, New York Times architecture critic Michael Kimmelman published the article “Can Cities Survive Coronavirus?“, in which he claims that coronavirus’ shutdowns of urban areas worldwide have struck a blow against humanity on a social level. “The coronavirus”, he says, “undermines our most basic ideas about community and, in particular, urban life”. Which is to say, this makes the virus “anti-urban”.

It’s an arresting statement, to be sure, but one that only makes sense because Kimmelman has confused cities — which are carefully maintained spatial systems of exploitation just as much as places to live — for an abstract community of which everyone is an equal member. The “social community” has not collapsed, because it didn’t exist in the first place.

Kimmelman goes on: “cities also grew … out of deeply human social and spiritual needs … [t]he very notion of streets, shared housing and public spaces stemmed from and fostered a kind of collective affirmation, a sense that people are all in this together”. There’s only one problem here: the city is not an organic whole, it does not proceed by natural laws, and we are not “all in this together”.

The idea that a city is a natural object or an automatic spatial manifestation of human community practices is a pernicious concept, one which has great technical value for capitalist culture. Simply put, by appeals to universal categories such as “community”, capital neatly obscures the obviously uneven features which make it run. At times of rupture such as this, it lends the view that the city is some sort of wounded animal. Kimmelman identifies the shocking scene of an empty streetscape as a similarly vacant gap in society itself, and thus equates crises of space with spiritual damage in the whole of the human community. The claim that cities can exemplify resilience through social togetherness is really a plea for continuity by any means necessary. The example Kimmelman invokes of the London National Gallery staying open during the Blitz in World War II is not a beautiful testament to the human spirit, but a demand that the machinery of normalcy continue to creak along, no matter the absurdity or the resulting body count.

In a similar vein, Kimmelman mentions going to the Islamic Galleries at the New York Metropolitan Museum of Art after 9/11, a vigil undertaken not for the dead, but for a beloved human community — which, although it does not recognize race, religion, gender or class, has somehow become mysteriously fractured. The prescription, it is implied, is that in times “like this” we can all find “life and beauty and tolerance … and strength in one another” together. But the virus’ deprivation of the easy palliative of hand-holding “solidarity” is a spiritual cruelty. Bound up in admonitions to come together is a sense of loss that coming together is impossible.

New York Governor Andrew Cuomo’s Executive Order 202.6, or the “New York State on PAUSE” order, not only puts urban life on an emergency footing, but further exposes the deep gashes that run through “urban life” in the first place. PAUSE closes all but “essential businesses” and other key functions like infrastructure, manufacturing, and of course, healthcare. Despite admonitions to “practice social distancing” while working, it’s difficult to see how that would work in a warehouse or restaurant kitchen. Meanwhile, finance, defense, and law enforcement are, of course, classified as essential. After all, order must be maintained, and it isn’t like the markets can just close. Those that get to go home are the lucky and the extraneous.

Withdrawal from city life is a luxury. For the upper classes, the quarantine is an opportunity to relax (punctuated by Zoom meetings), and even fetishize the collapse: look no further than the New York Times photoseries, “The Great Empty” (with an introduction, naturally, by Michael Kimmelman). Public emptiness becomes a dystopic object of contemplation, evoking “the romance of ruins” or a colonial coming across the “remains of a lost civilization”. But out of sight (or maybe just out of mind), “essential workers” must continue life as before, with the additional risk of contracting disease. There is no solidarity, no ruined spiritual landscape here. There is no single, overarching “way of life”. There is no “human family“. Commitment to these fabrications belies a comfortable position at the top of things. 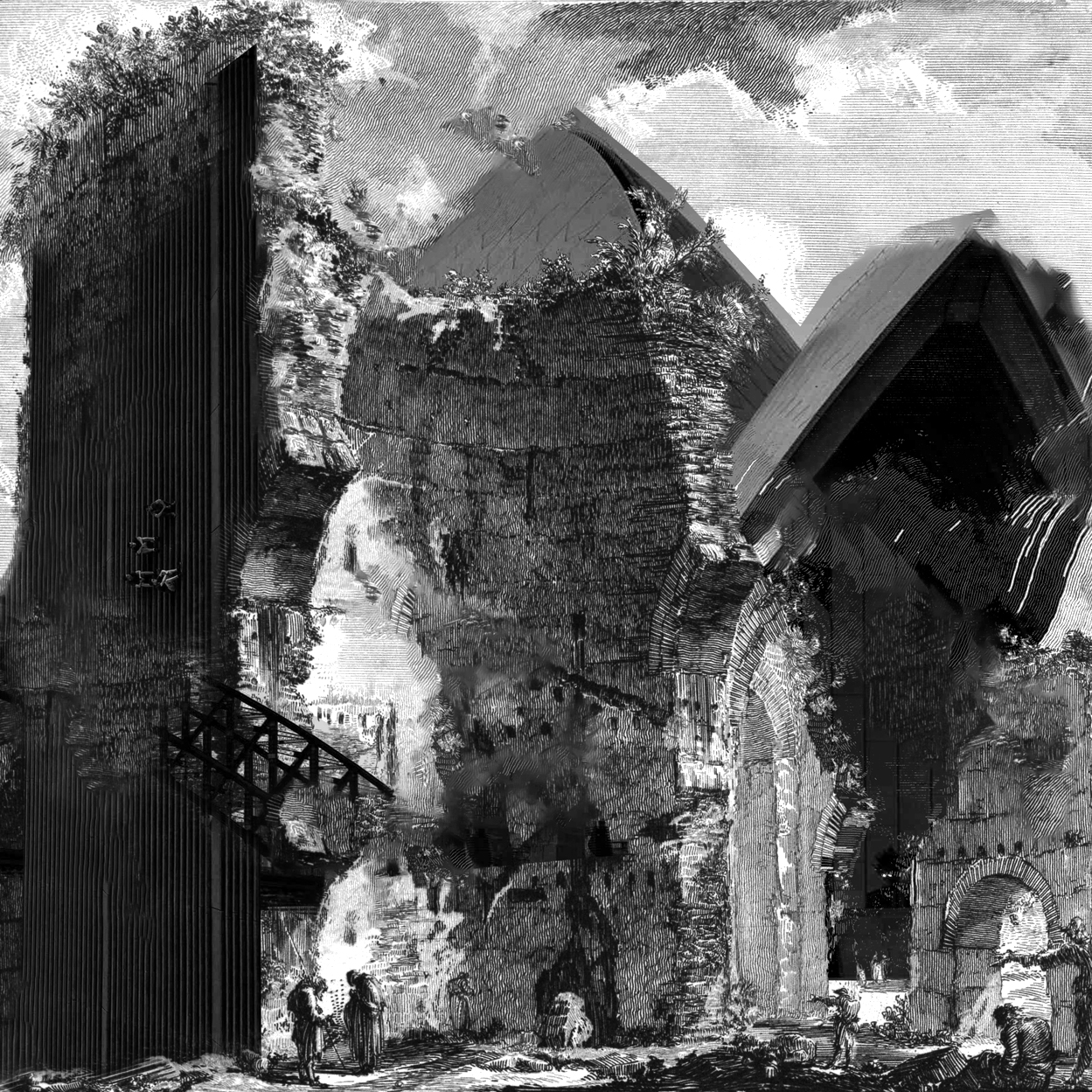 Beyond this, in New York City, the streets remain relatively lively outside of tourist epicenters, as people continue to commute to work, or find social distancing impossible in cramped apartments. But for the comfortable, there is a feeling that the city has been lost. This is not true—it’s just that the disparity at the heart of urban life is now unavoidable, so blindingly obvious that even Kimmelman is forced to notice it.

There is a stark difference, for example, between the writer safely ensconced in their apartment, whose biggest risk is a trip to the grocery store or the pharmacy, and the worker for whom there is no luxury of working from home. Consider the employees at the DBK1 Amazon warehouse in Queens, where a positive coronavirus case was recorded on March 18th. Amazon workers were notified of the positive case via text message and yet still expected to show up for their shifts, echoing Amazon’s behavior at their European warehouses. The pathetic “hazard pay” offered by Amazon—a mere $2 extra—is a pittance, a slap in the face of workers that continue to risk their lives to fill orders of new books and furniture. Amazon’s calculus is simple: workers are simply grist for the mill. As one general manager has been cited as saying, “you have to understand that orders have to be fulfilled“.

Olga Khazan, writing in The Atlantic, cites a DBK1 worker who “told me that she wished she could just stay at home with pay, like so many white-collar Americans are doing now”. The separation between these two statements is as wide a gulf as between life and death. The scission through the human community, between the “creative class” and one of these formerly “blue collar” or “unskilled” — now “essential” workers — is fully laid bare in the miserable proceedings of capital, far away from and out of sight of the fetishized, deracialized, and class-free symbol of urban life as well-traveled plaza or bustling street. At this point, meaningful communities are not to be found in Times Square or Las Ramblas or Alexanderplatz, but in coalitions that protect workers’ health and safety. One such coalition is the Amazonians United, who were victorious in their fight for paid time off for all part-time and seasonal workers in Amazon warehouses in the US.

Similarly to how the driver of a car likely doesn’t think about the assembly-line labor, technical expertise, and massively distributed regimes of extraction which make his driving possible, exhortations that we all find community now can only make sense if one ignores the bloody hierarchy and urban divisions that undergird it. Like the virus itself, quarantine is presented as a great leveller, sweeping through and affecting all alike. In actuality, it has caused urban life to fracture even further, splitting New York City into two cities: one which is occupied solely by workers toiling silently in back kitchens and fulfillment centers, and another utterly dependent on the first. The second city is free to take their work home, and even flee the city altogether, waiting neurotically for it all to blow over, and for normality to return.

Kevin Rogan
Kevin Rogan is a writer and dilettante based in New York City. He is an editor at Failed Architecture.

Hudson Yards Was Not Inevitable