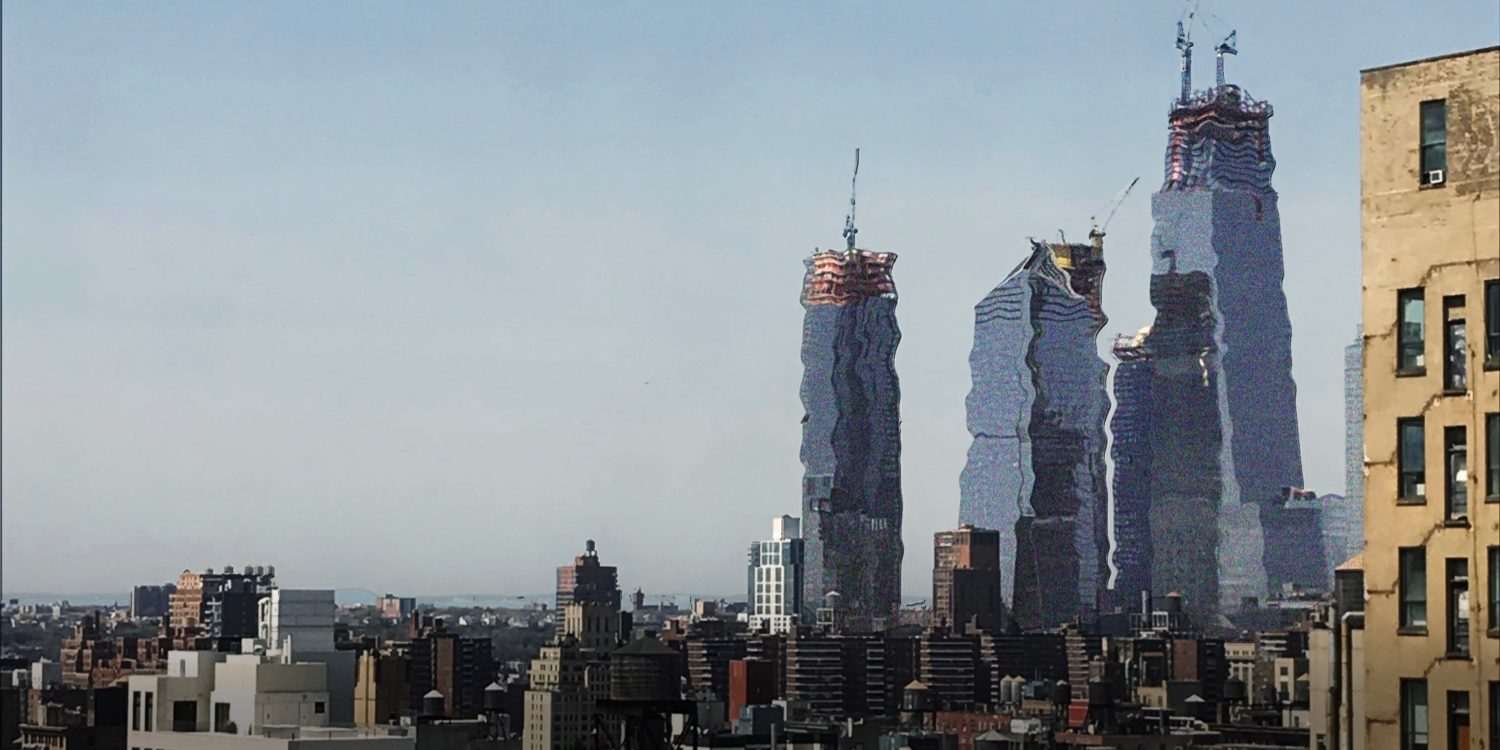 Hudson Yards Was Not Inevitable

If you hadn’t heard of it before, you’ve almost certainly now heard of Hudson Yards. But if you’re not a New Yorker already paying close attention to the constant churn of the city’s real estate industry, you’d be correct to wonder why there’s all this noise all of a sudden, and where it’s coming from.

Judging by recent, justifiably critical profiles in mainstream outlets such as New York Magazine, the New York Times, or Forbes (Forbes!), it would seem as if the Yards rose fully-formed out the Hudson River — a fable brought to life to teach us all familiar lessons about the hubris of extreme wealth and its exercise of power over the built environment; the dangers of developer-led urbanism and exclusive enclaves; the absurdity of public dollars subsidizing infrastructure to support a neighborhood marketed to precisely no one making less than six figures; the civic emptiness, spectacle and ableism of you-know-what. 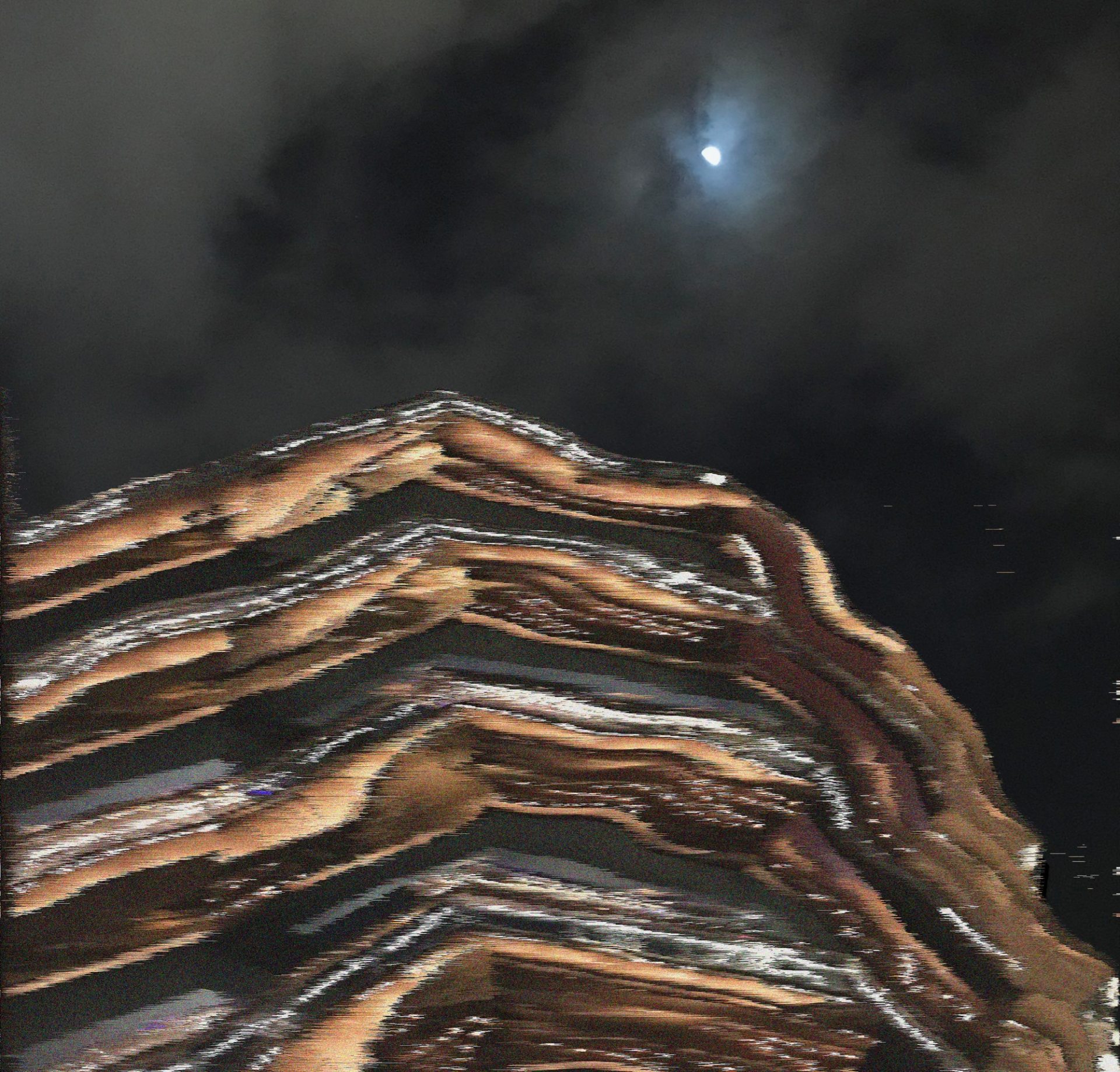 It’s true that these particular inequities are worth pulling apart and critically unpacking. But it’s also true that many of the most damning object lessons and spatial logics of Hudson Yards are present elsewhere throughout New York City’s economically segregated landscape (perhaps in less exaggerated form), as well as in ultra-wealthy urban enclaves throughout the world (perhaps in even more exaggerated form). Beyond its gilded affect, the Yards is, in fact, more a Platonic expression of existing neoliberal urban political economy than any especially unique outlier. Some writers have been astute in pointing this out, others not so much.

But to address the proverbial elephant in the room: where were all the hot takes hiding before opening week? It is curious that many critics (including the one writing) have waited to voice such strong opinions about something very publicly in the making for more than a decade until, of course, it was much too late. Highly-visible platforms now used to lob brutal missives could have, at the very least, helped turn the tide of public opinion or organize public pressure to gain concessions from the development—or, as we now know is entirely within the realm of possibility thanks to the failure of Amazon’s HQ2 to launch across the East River, help grind the Hudson Yards machine to a halt altogether. They say hindsight is 20/20, but the truth is that none of this was inevitable. Hudson Yards was a massive, missed opportunity for widespread critical thought and action.

To be fair, the political climate has changed significantly since construction began on Hudson Yards in early 2015, and perhaps it’s too simple to criticize what looks like a sudden bandwagon of dunking on developers and their wealthy clients (in which context Hudson Yards is an extremely low-hanging fruit). It might be more productive to take stock of what went wrong here, and what can be done to help prevent the next problematic megadevelopment. Maybe the most pressing question that can be asked at this moment is what architecture criticism is for, and what it can do in a time of ongoing, unfolding urban crisis. 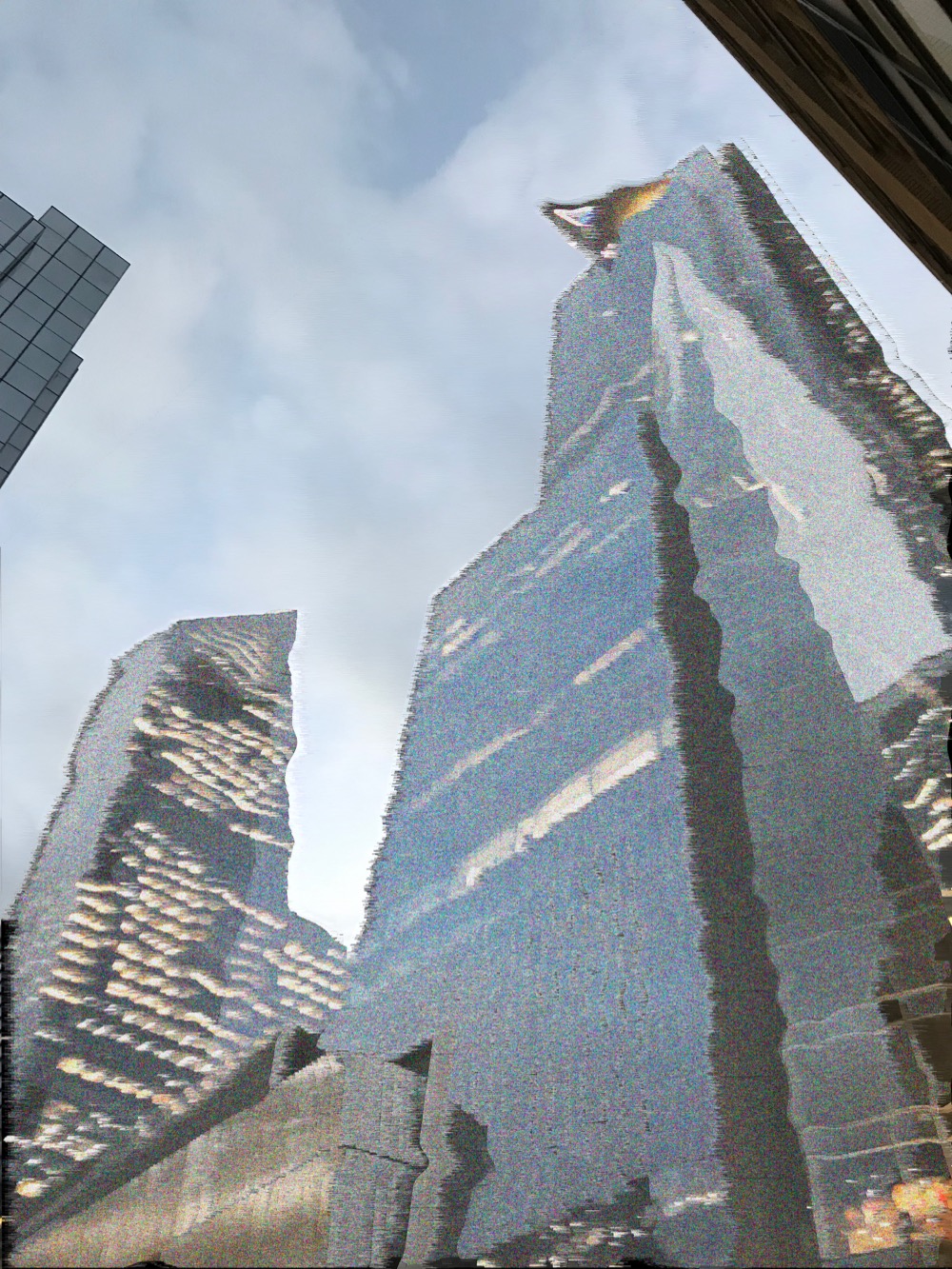 Architecture is notoriously insular and in denial of its own potentially destructive power over the process of shaping the social fabric of cities. As has been pointed out in our own Failed Architecture podcast, the discipline has made a regular habit of absolving itself of complicity in the questionable ethics of development. Yet too often, critics also take an oblique stance on such issues, either lacking the courage or vocabulary to tackle the messy contradictions head-on. Like architects who fear alienating their clients, one can’t help but feel that critics are afraid of alienating architects. Hudson Yards could not exemplify this dynamic more.

Architects, including those who would normally be critical of the Yards’ vision of urbanity, have willfully added a stamp of approval to an inequitable scheme in the name of “engaging” with New York’s accelerated spatial change (read: forced real-estate turnover). The churn is taken as a fact of nature, even if it has been forcibly naturalized, and some critics have followed suit by debating the merits of this seemingly inevitable engagement without begging the tougher question: is it really worth adding beauty, a shred of aesthetic credibility, or a patina of avant “cool” to an explicit engine of inequality and displacement? Can’t we ask architects why they can’t just say ‘no’? Or why they won’t? These aren’t easy questions with easy answers. But too often, criticism stops at the threshold of production; the politics of the industry itself remain a mystery to most on-lookers not already in the bubble.

Furthermore, as some have already pointed out, the implication that an “embargo” on Hudson Yards coverage stopped any serious critique or reporting on Hudson Yards is muddled. The Yards has been an architectural spectacle on the rise since 2014; promotional materials detailing its interiors and “smart” building systems have been available for just as long. Though details were scarce until relatively recently, the tax breaks and public money used to support it have been no real secret for years, and perhaps obvious to anyone who may have been wondering why, amidst a rapidly deteriorating subway system, capital funds were allocated to extend the 7 line to a then non-existent neighborhood (completed in 2015).

Critics don’t need to look too hard to make a more productive case against Hudson Yards. For years, scholars and journalists have documented the “new” neighborhood’s complicated entanglements with Bloombergian privately-owned public urbanism; its oft-forgotten but revealing history as a potential stadium; it’s flirtation with and eventual sidelining (for the moment, at least) of a “smart city” dream since migrated to the Toronto waterfront, to which it is directly related; the contentious battles between real estate and organized construction labor. Beyond bad citation practices, the absence of these narrative threads in too much of the recent design coverage creates a jarring ahistorical vacuum in which there is nothing really to be learned or done, or as that dying adage goes, “there was no alternative.” There is, and always was an alternative: we just didn’t seize the opportunity to really align an architectural critique of Hudson Yards with these related issues. 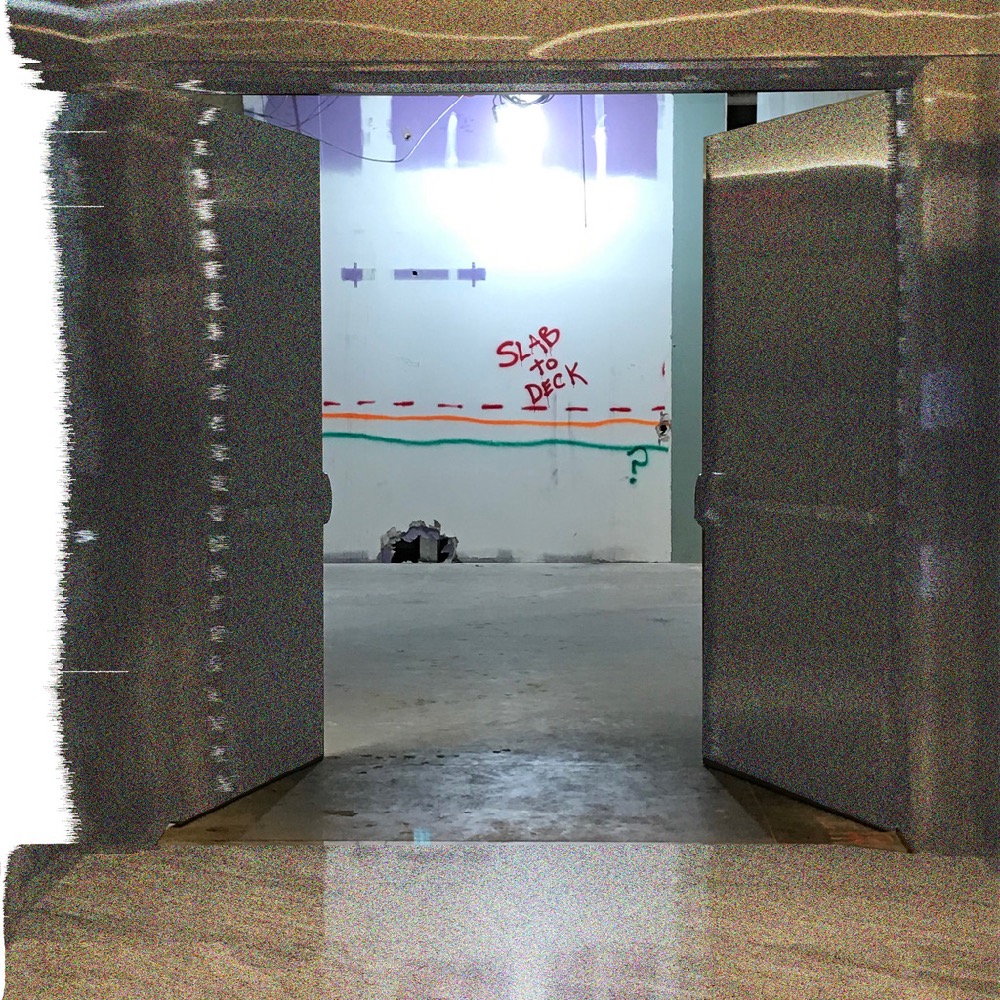 A still under-construction area of The Shops and Restaurants at Hudson Yards.

Alexandra Lange points out in her sharp and subtly damning review for Curbed that “we always knew it would be like this.” Indeed we did; yet paradoxically, it would seem we’re also struggling to catch up to the reality that it actually happened. As the conversation (thankfully) moves upward and outward, smartly connecting the dots between, say, Hudson Yards and Dubai, New York’s new “billionaire city state” (in the words of Justin Davidson) is increasingly becoming the latest symbol and harbinger of capitalist urbanization’s worst impulses, and the zone-ification of the contemporary city — which is completely appropriate. But what can get lost in large statements and searing takes is a more focused lens on the specific local and global forces that built Hudson Yards, as well as the forces that could have been (and maybe still could be) leveraged to undo some of its greatest harms.

We’ve already seen some steps in the right direction here. For example, within just days of opening to the public (or at least the ticket-holding public) the Vessel’s extreme photo policy, granting Hudson Yards the rights to virtually any photo taken or even likeness captured there, was amended due to intense backlash. The result is a relatively minor concession, but this shift in focus represents a strategic turn from observation to tactical intervention in the struggle for a more democratic and just city. What other anti-urban, anti-public measures lurk in the Yards’ Terms and Conditions? At the end of Lange’s review, she calls upon the Situationist concept of the dérive as a way to help imagine alternative trajectories for Hudson Yards. To that tactic I would add the dérive’s twin concept of détournement. How might design or activism (or both) help rewrite the meaning and function of this paragon of capitalist space?

Architecture practice and criticism appears to have been going through something of a reckoning with their own professional demons: the strict hierarchies and rampant labor abuses; the pervasive institutional sexism; the enclaving of itself along the lines of race and class privilege. Political awakening should also mean a kind of opening up to relationships (if not outright alliances) with organizers and communities who are doing the work of resisting the social, economic and cultural status quos with which architecture is too often willing to collaborate, or too coolly detached to challenge. From Quayside to the Casbah, there are active struggles happening right now to fight urban displacement and privatization across the globe that could use the help of those of us who have deeper knowledge of, or privileged access to, the processes of city-making.

Kate Wagner — certainly an avatar for better, more politicized forms of architecture critique — recently wrote in her atomic takedown of Hudson Yards’ controversial centerpiece that “the Vessel is a vessel of its time, and its sheer shittiness as architecture and urbanism, itself a small part of the bigger tyranny of capitalism, at least invites us to dream of something, anything, better than this.”

The time has never been more ripe for dreaming, and scheming too. Hudson Yards was not inevitable. Maybe it still isn’t.

The Problem with Neighbors